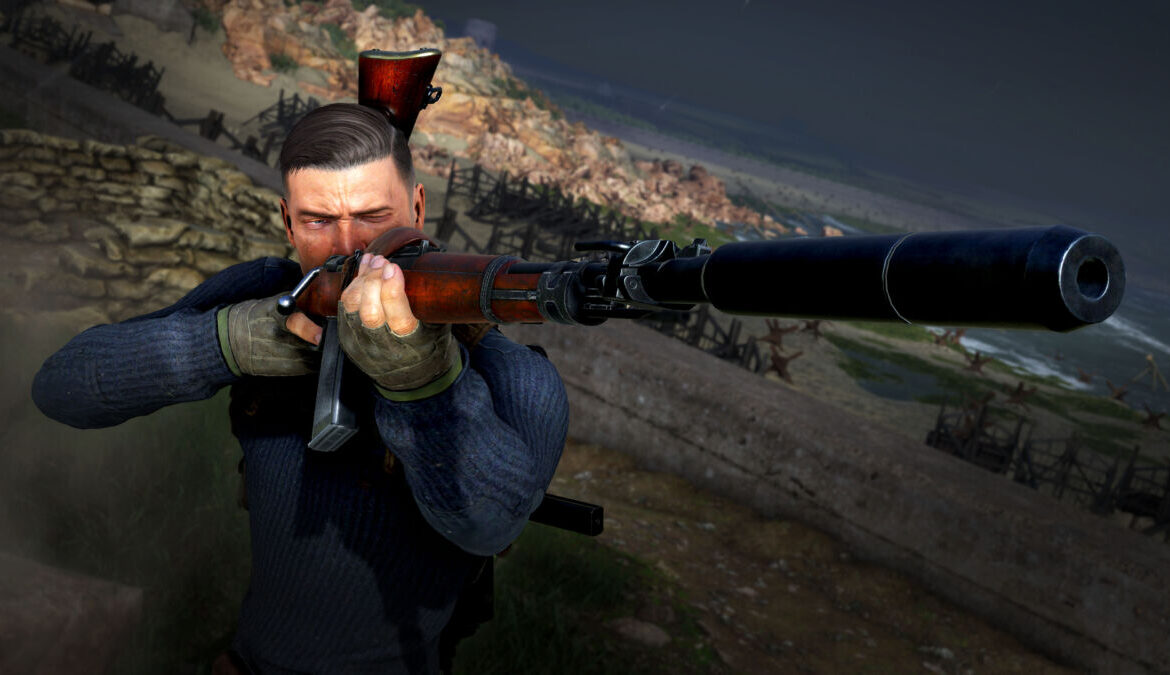 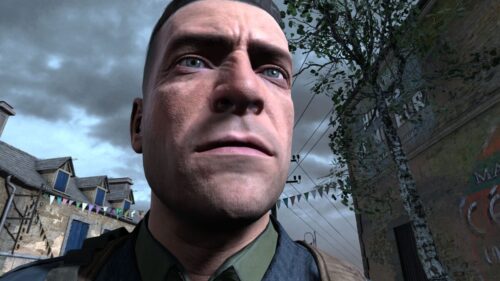 Sniper Elite 5 establishes pretty early on that, if anything, you’re not an elite sniper. All chance at a quiet infiltration goes straight out of the window as you take the first opportunity you can to shoot a Nazi in the balls from 100m away, alerting everyone in the area due to the sound of your gun. The game doesn’t care though, as it’ll reward you with a slow motion kill cam of said Nazi’s plums exploding as the bullet passes through them.

Rebellion’s latest entry in the long running series perhaps isn’t the most intelligent game ever made, but Sniper Elite 5 sure is a lot of fun. The British developer has earned a bit of a reputation for offering real “meat and potatoes” games. They’re not flashy, nor are they breaking the mold for what it means to be a video game, but they’re dependably enjoyable experiences. Sniper Elite 5 fits that description completely, with its only real fault being a litany of glitches that hamper the overall experience.

The Sniper Elite series follows Karl Fairburne as he travels around Europe and Africa during World War 2, single-handedly thwarting hidden Nazi operations and schemes that could threaten the balance of power. This fifth game takes Karl to France around D-Day, dismantling Operation Kraken and its leadership in the process. Truthfully, the story is a means to an end as far as Sniper Elite 5 is concerned. It’s an excuse used to take you to each sandbox playground so you can butcher some Nazis.

One of the biggest strengths of Sniper Elite’s gameplay loop is how adaptable it is. Some stealth games can feel a bit impenetrable when their version of stealth means you can barely look at an enemy without being spotted and failing the mission, but being detected in Sniper Elite is often just a part of the process. It’s how you choose to deal with that eventuality that makes the game so fun, and Sniper Elite 5 feels like it offers more options than most.

The most obvious answer is you could go all guns blazing, and Karl is loaded with weapons that could help him accomplish that, but there’s plenty of opportunities for subterfuge too. A dead body lying in the open could be used as bait to lure out other guards, or you could even booby trap the body with an explosive in the hopes of taking out a bunch of Nazis. You could even just retreat, wait for the heat to die down, and try again. In essence, it’s a stealth game with all the trappings that fans of the genre would love, but with enough scope for action bombast to appeal to people who don’t actually like stealth games.

Sniper Elite 5 is also highly customisable when it comes to difficulty, so if you’re really someone who struggles to play stealth games without being spotted by every guard under the sun, you can tinker with your difficulty setting to adjust how perceptive and deadly the enemies are. The difficulty also applies to sniping too, so if you want to experience an authentic sniping experience, taking into account bullet drop and wind speed with no aiming assistance, you can. Of course, you can also turn all that off and play the game as head empty as you’d like too.

Each level is loaded with a series of main and secondary objectives, but you’re allowed to explore the levels and complete the tasks in any order you like, which means that your playthrough of one map might be completely different to someone else’s. One player might have caused a calamitous chain reaction by triggering an alarm at one base, leading to another base’s forces moving in, while another might have the deftness to sneak around the back.

The levels themselves are a decent mix of wide open spaces, vantage points, and tightly enclosed areas for the more hands-on approach to stealth. See: stabbing a Nazi and hiding them in a box. There might be too many close-range areas for some people’s liking in a game called Sniper Elite, but clearing out an installation in order to utilise a vantage point just makes the sniper shot you do land all the more sweeter.

As you’d expect, the sniping itself is the game’s biggest asset. It’s called Sniper Elite, after all, it’d be a shame if the sniping was tosh. Lining up that all important shot to be treated with a gruesome yet glorious kill cam showcasing the damage you’ve inflicted never fails to get old. The x-rays in particular could probably give Mortal Kombat a run for its money with how gratuitous they are, but remember: they’re Nazis. They had it coming.

Sniper Elite 5 is perhaps the biggest game in the series so far, with perfectly serviceable multiplayer and survival modes thrown in as standard, along with unlockable perks in campaign and the ability to use different spawn points when replaying a level, meaning there’s reasons to go back, even if it’s just to find collectibles or bonus objectives. The game really comes into its own with the invasion mode, which sees another player playing as a Nazi trying to kill you, and the two player co-op campaign, which offers fresh opportunities to complete the game’s levels and get up to some mischief.

The only issue holding Sniper Elite 5 back (other than the story feeling like an appendix) is how glitchy it currently is. From smaller issues like Nazis spawning inside of tables, dead bodies clipping through the floor and the inability to reload your gun occasionally, to bigger issues like an unlockable spawn point not registering as completed or getting stuck in geometry so you have to reload your save, Sniper Elite 5 has some problems.

The potential is there for Sniper Elite 5 to be one of the best stealth games on the market, appealing to both genre fans and newcomers looking for something a bit more casual. However, the current build quality isn’t quite where it could be yet. Sniper Elite 5 is already a rollicking good time, especially with a friend or a deadly invader, but some patches and updates should make it even better.

A copy of Sniper Elite 5 was provided by PR for the purposes of this review.

READ MORE: Ranking the Wolfenstein Games From Worst To Best 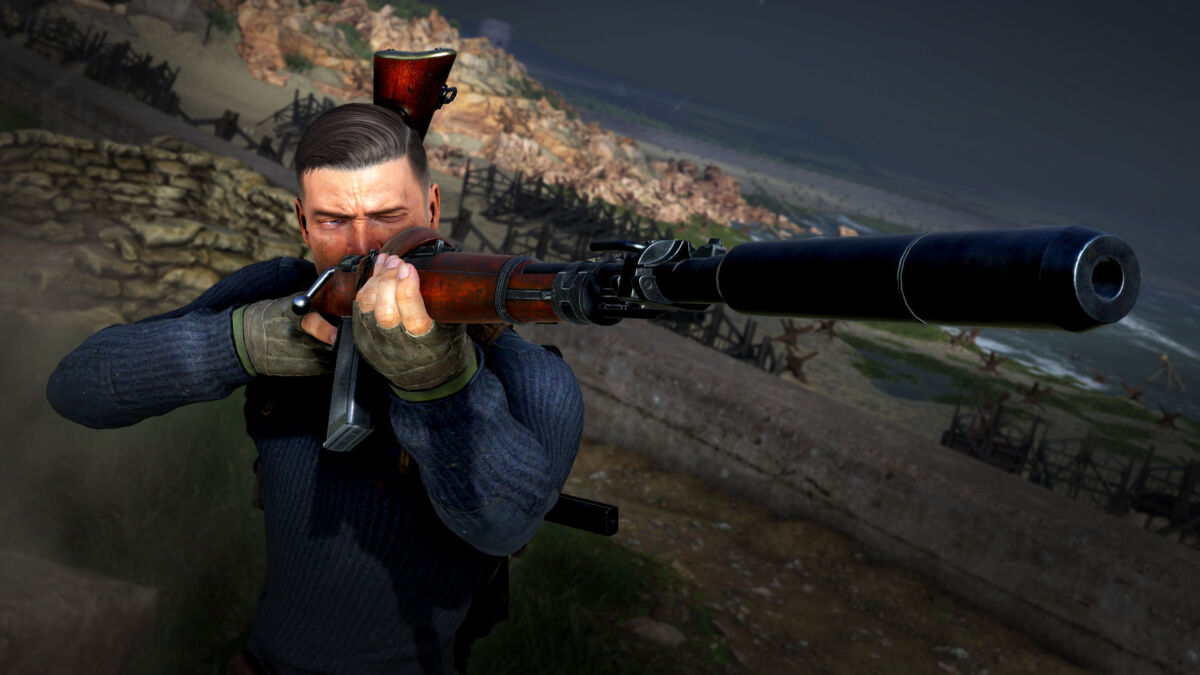 Verdict
Sniper Elite 5 successfully builds on the foundations of Rebellion's long running series, but some glitches do hamper the experience somewhat.
8
Cultured Vultures is a pop culture website established in 2013 covering all things gaming, movies, and more. We eat your words.
All The News On The Biggest Games