The challenges just keep on coming. 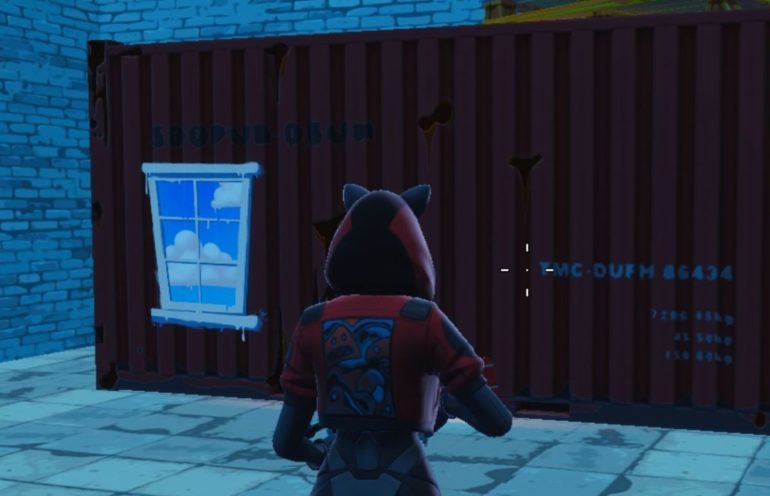 Week 2 of Fortnite Season X has dropped and with it a complete revamping of the weekly challenges. Instead, players are now given a ‘mission’. Contained within these missions are seven normal challenges and seven prestige challenges that are all themed according to the name of the mission.

Unlike Week 1, Week 2 has prestige challenges that aren’t just more difficult versions of the normal challenges. This time, they’re completely fleshed out challenges of their own. This guide focuses on detailing the locations of all the containers with windows.

This challenge requires you hunt down shipping containers with a window graffiti-ed onto them. There is no particularly notable or more visible way to tell if this container will reward credit until you get close to it to spot the correct spray. Once you do track down one of these containers, you then need to loot the chest inside. There is no guarantee that a chest will spawn in that container every match, but every container can spawn a chest (we verified all the locations we found). After that, you have to hope someone hasn’t beaten you to it and looted it before you.

The good news is that you can feasibly reloot the same container over and over again until you reach the required five for the challenge. It does not specify different locations or the same match, so you can just land in one of the locations that spawn two closeby (Pressure Plant, Unnamed Disco Warehouse or Dusty Depot) check/loot both, leave the match and then requeue.

Below is a map of all the containers we found circled in red. We found seven in total all of them having the possibility of spawning a chest inside. 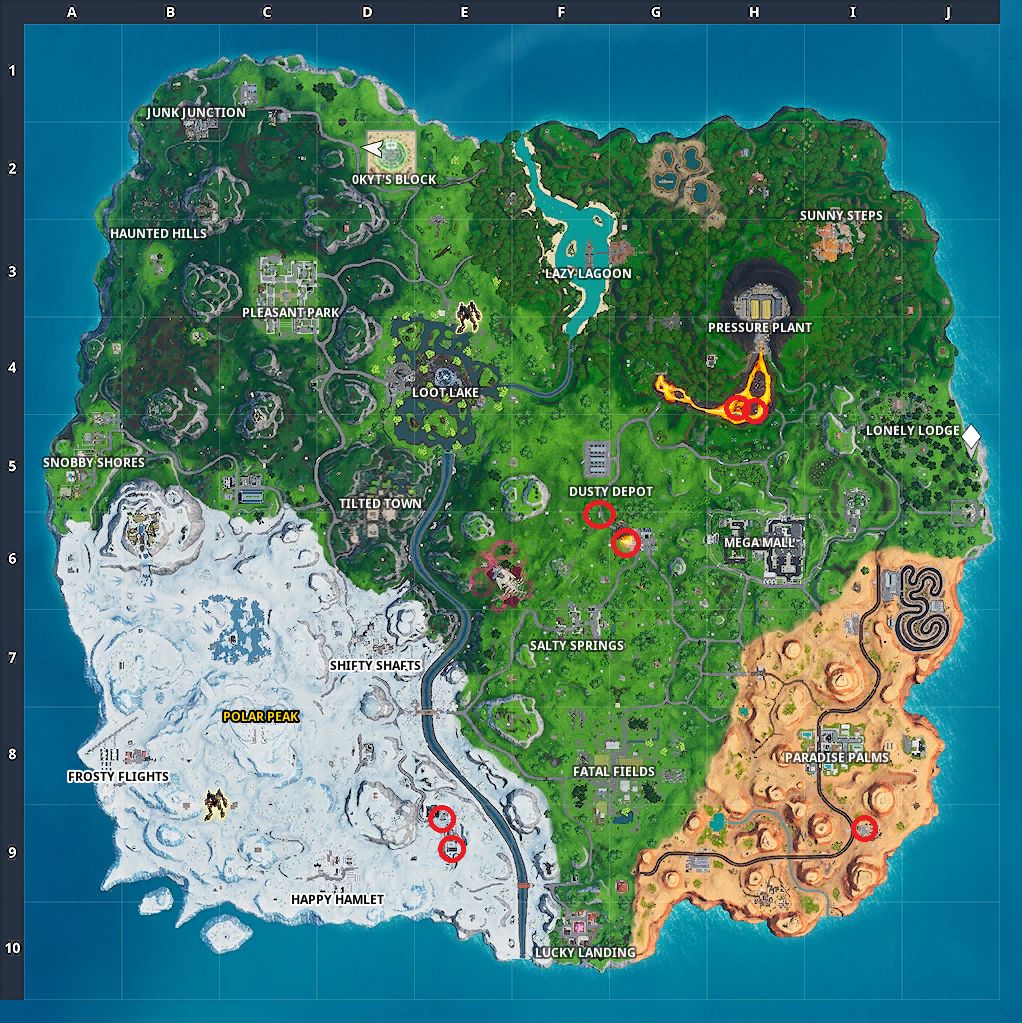 All the containers seem to be congregated around the centre of the map, with one outlier deep southeast. Six of the seven also have a buddy closeby. Technically one in the miniature junkyard south of Paradise Palms has a buddy, but it’s closed and therefore no chest will spawn in it. 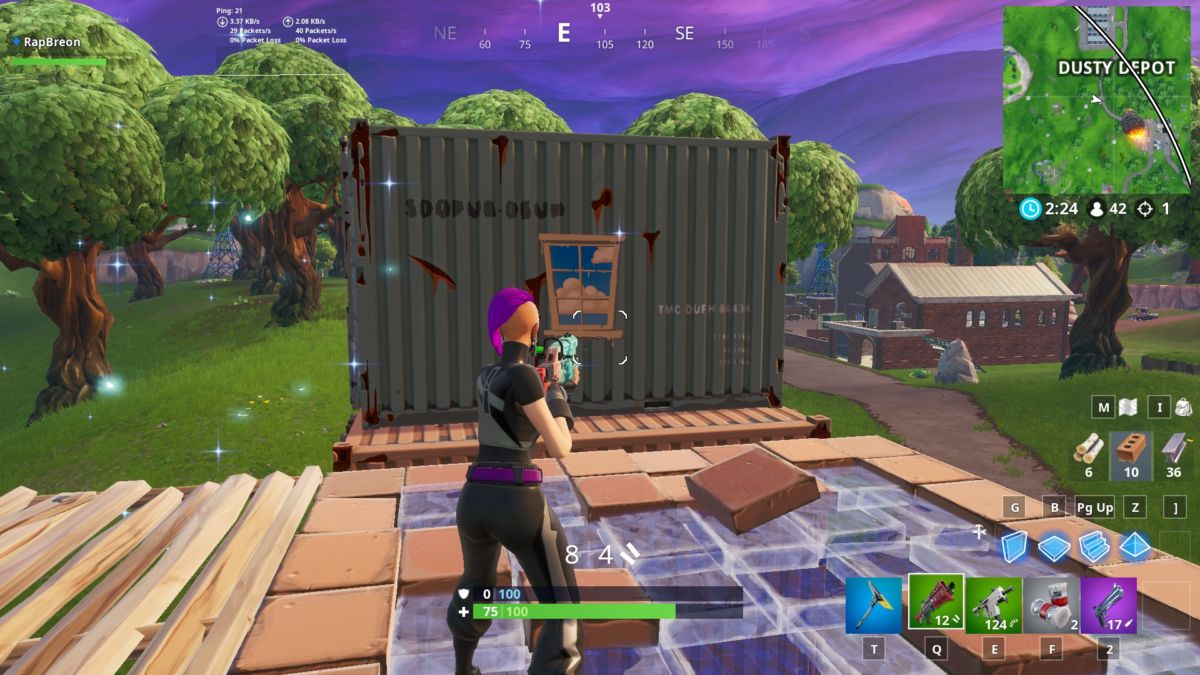 Not strictly in Dusty Depot, but if you take the main road south out of Dusty Depot you’ll find a truck with a bunch of shipping containers stacked on top. The container at the very top contains the window spray and can be looted for credit. You’ll find it on the intersection of F5 and F6 on the main map’s grid. 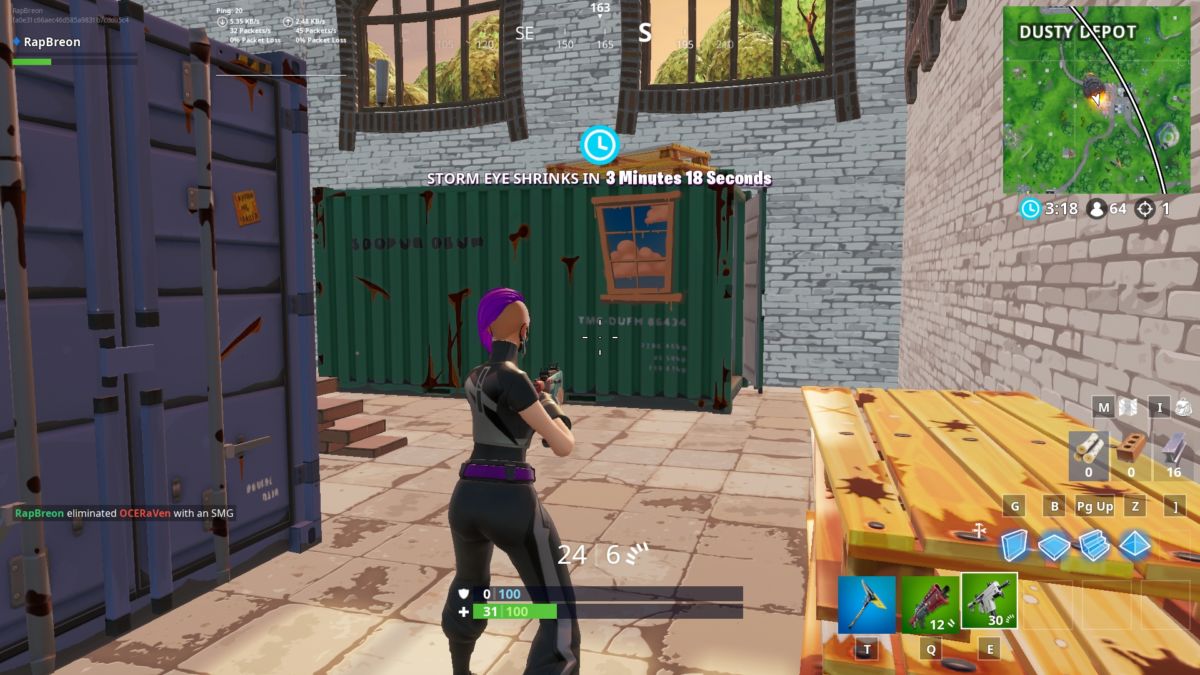 If you continue to follow the same road you’ll come to a small unnamed factory area that has been reinstated in Season X. The southernmost building houses numerous containers, one of which contains a chest and the window spray. G6 on the main map’s grid. 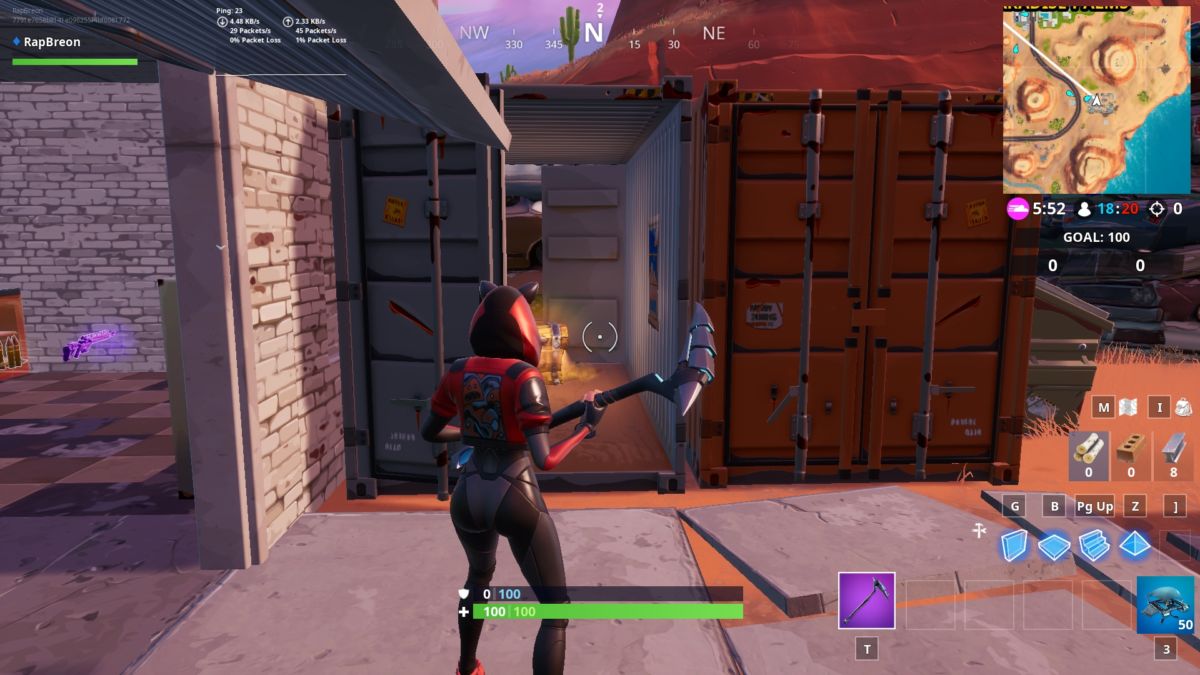 South of Paradise Palms is a small junkyard that acts as the smaller less notable brother to Junk Junction. In this yard of crushed car wrecks you will find two shipping containers side by side. Both contain the window spray, but one is closed and one is open, the open container has the spray on the inside along with a chest. I8 on the main map’s grid. 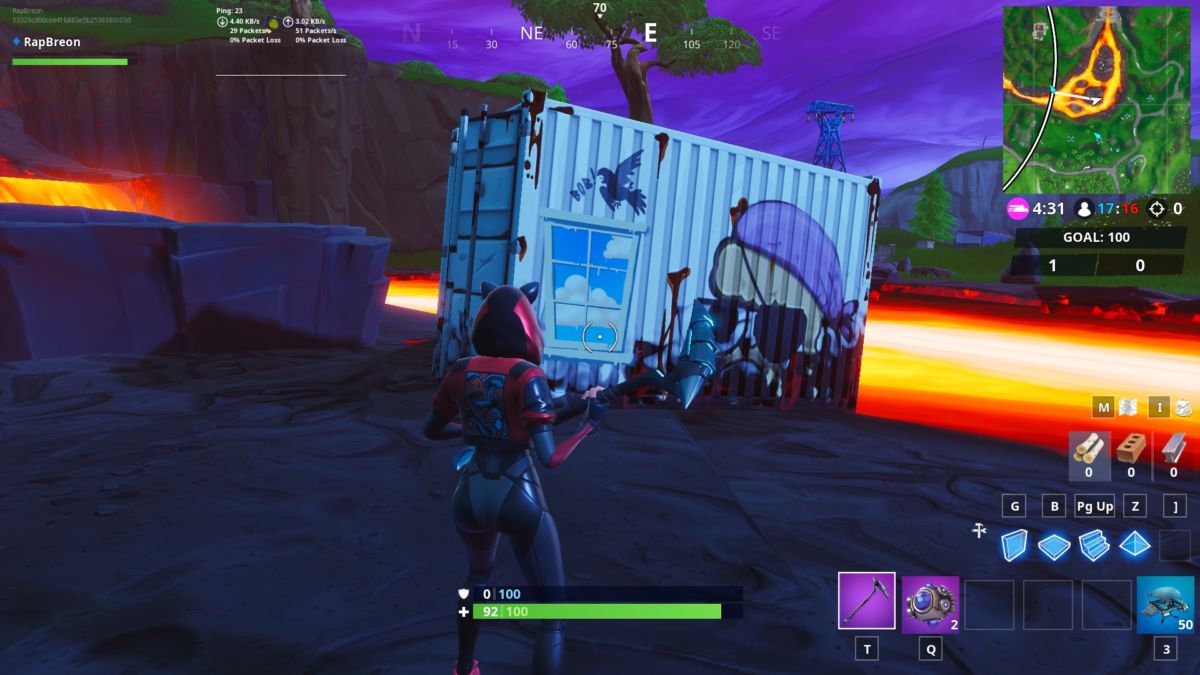 South of Pressure Plant flows a large lava river. In the middle of this river are small islands with containers on them. The southernmost island houses a container with the window spray on it. H4 on the main map’s grid. 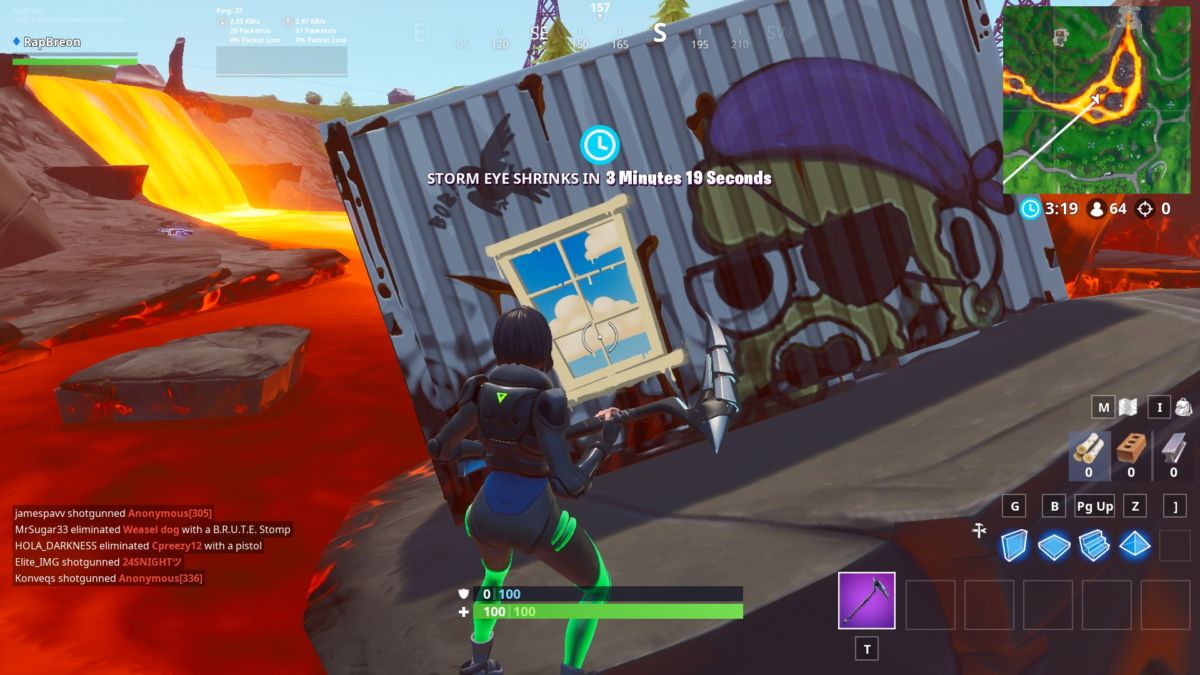 Slightly west of the last container, but on a much smaller island, is another shipping container. Once again H4 on the main map’s grid. 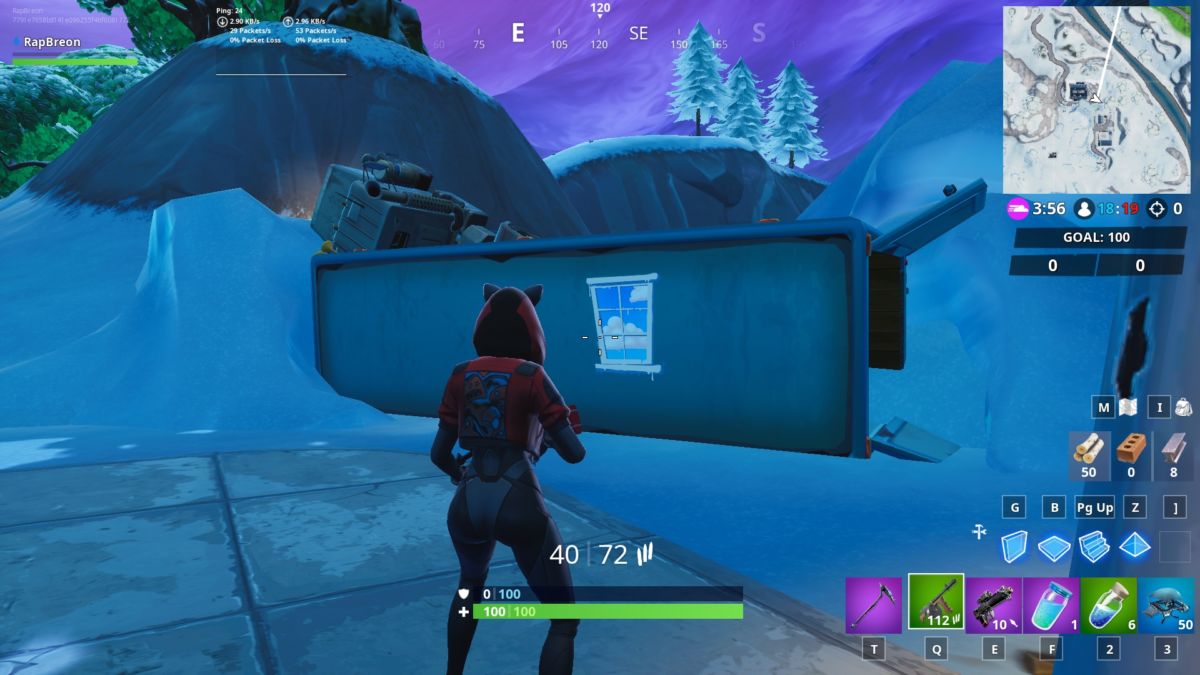 Northeast of Happy Hamlet and Northwest of Lucky Landing is a small industrial area. This area is most notable for the large warehouse converted into a disco. Just outside this disco, just to the southeast is an overturned truck. It’s trailer has the window spray and is the only container that looks different in design to all the other shipping containers. D9 on the main map’s grid. 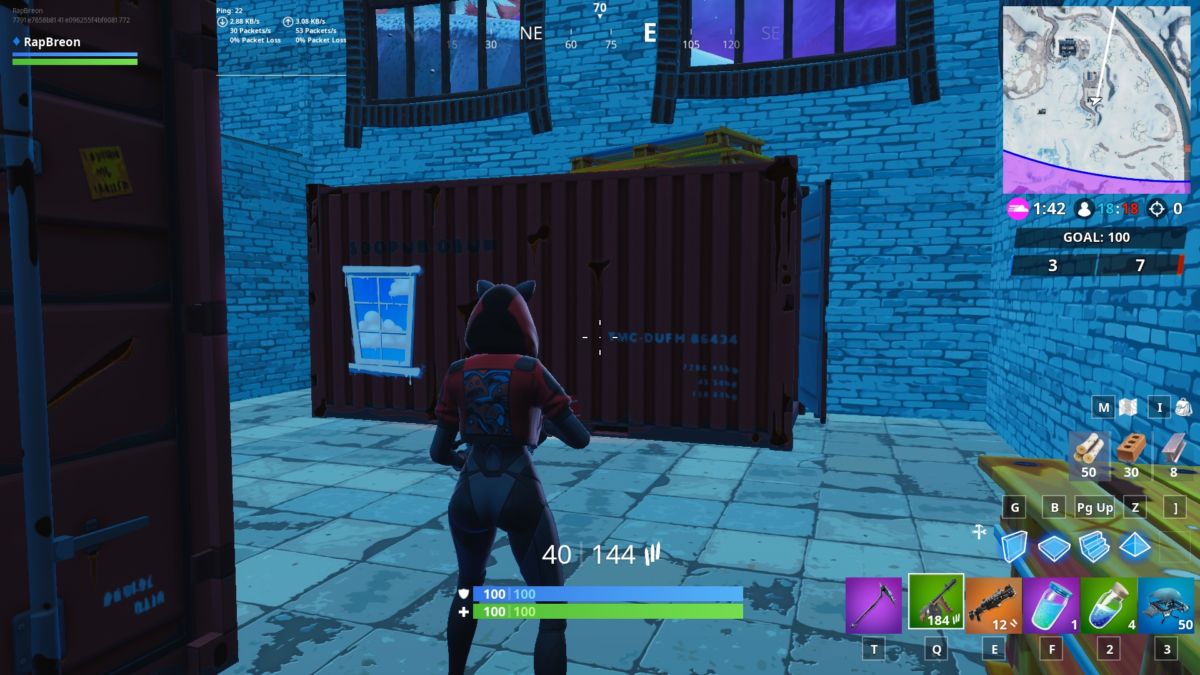 Further south of the overturned truck is more warehouses and the southernmost warehouse houses a container with the window spray on it and a chest. Once again D9 on the main map’s grid.

After you’ve looted these containers five times you’ll have completed one of the initially available prestige challenges. This will bring you one step closer to completing the Spray and Pray mission entirely and unlocking the ‘Street Style’ skin for Tilted Teknique.