Fortnite Season X Map: All The Changes From Week-To-Week 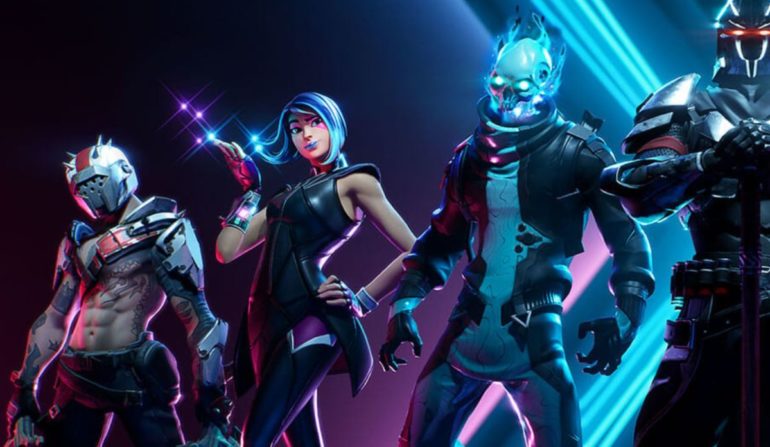 With a new Fortnite season comes a new Fortnite map. While Fortnite Season X might not be the most dramatic overhaul in the game’s history, it does a pretty good job of blending the old and the new, including bringing back the beloved Dusty Depot along with its cult favourite factories.

Prior to the start of Season X, trailers and teasers hinted that something big was going to happen with there being the wide belief that it would be one long nostalgia trip. Fans started speculating which of their favourite old haunts would return, which was only bolstered by the overview trailer which teased a tonne of old favourites.

As mentioned in the overview trailer for Fortnite Season X/10, the map will change throughout the season. If you are disappointed by the lack of changes, there might still be plenty more to come in the future. Leaks have already confirmed that things won’t stay as they are with clues to a Wild West themed Tilted Towers found among the files.

Therefore, we have decided to keep this updated each week when the Fortnite map changes.

Here’s the full Fortnite Season X map for week 1 with all of the changes listed underneath, as well as circled in red. For a more comprehensive overview, check out out guide for all season launch map changes.

CHANGED
– Cattus Hill now has red all around it.
– Loot Lake has been damaged slightly by the Nexus Orb, which is still present. Debris now floats around it and the orb is a rift.
– Paradise Palms’ sign has changed to suggest a Moisty return.
– Lazy Lagoon now has a golf flag, hinting at a return of Lazy Links.
– There’s a little cinema out in the jungle, which suggests Risky Reels will come back.
– A rampart near Flush Factory has a toilet atop it, hinting at a return for Flush Factory. 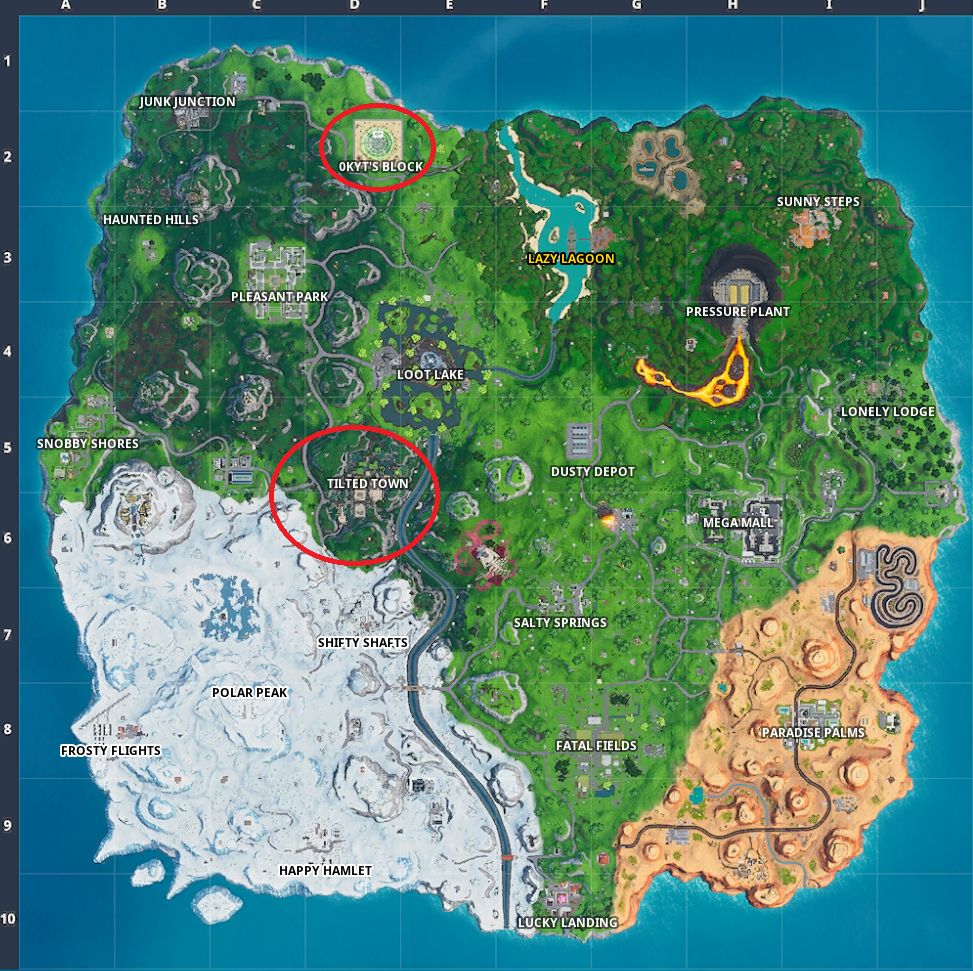 The second week of Fortnite Season X brought with it the promised map changes, switching the polarising Neo Tilted to Tilted Town. In the western-themed POI, players cannot build or break things, making it a decent drop for those wanting to get down to the basics.

Check back every week/whenever there is an update and we will fill you in with all the info.