Batman/Fortnite: Zero Point: How To Get The Deathstroke Destroyer Glider For Free 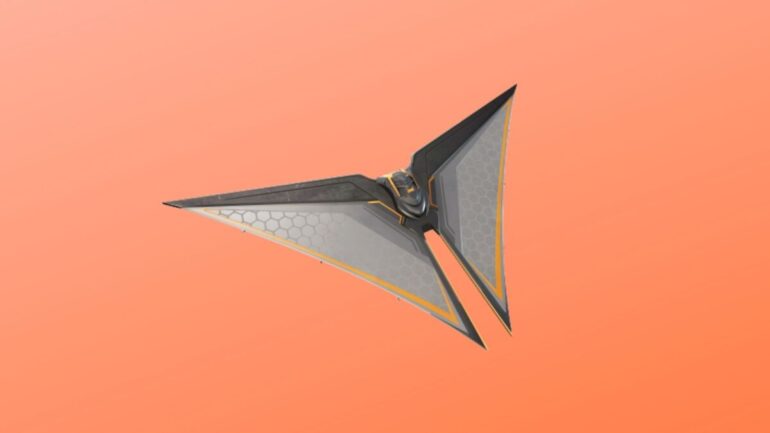 If you’re looking forward to the start of Batman/Fortnite: Zero Point this month, you also have a new free cosmetic to look forward to: the Deathstroke Destroyer Glider.

Joining the likes of Harley Quinn, Catwoman, and Snake Eyes, who Batman battled in a previous issue, it seems as if Deathstroke, one of the deadliest men in the DC universe will be coming as a skin to Fortnite, or at least his glider. If you purchase Batman/Fortnite: Zero Point Issue #4 either digitally or physically, you will get a code for the Deathstroke Destroyer Glider included.

Fans will earn a new Harley Quinn skin for collecting the first issue, and other Batman cosmetics, including the Batman Zero Wing Glider, for purchasing subsequent issues. If you buy all six issues in the series, you will get an exclusive armoured Batman skin.

Here’s everything you need to know about Batman/Fortnite: Zero Point Issue #4.

Here’s what going down in Issue #4:

“Batman has broken free from the Loop and the endless cycle of combat. Now free to explore the island without limitation, the World’s Greatest Detective will discover secrets about the world of Fortnite never before revealed in the game or anywhere else. Just one thing…he’s not alone. Not only is he met by a rogue faction of Fortnite bandits who have ALSO escaped the loop–Eternal Voyager! Bandolette! Magnus! Fishstick! And a few others– there’s someone else trapped, someone who is trying to get free from the world of Fortnite …someone deadly. Will Batman recognize this familiar hunter-for-hire, and even more importantly, will he trust him? Just because Batman’s out of the Loop doesn’t mean the fighting is over!”

Interesting that a lot of Fortnite characters seem to have also escaped the Loop, who knows what this means for the lore?

Here’s a first glimpse at what’s in the issue, as well as its various covers:

It’s looking more and more likely that Deathstroke will be his own skin in the Item Shop.

Batman/Fortnite: Zero Point Issue #4 will be available from June 1st, 2021, with Issue #1 kicking off the limited series on April 20th.

As for price, the standard version of each issue will cost $4.99, but there’s also the card stock variant priced at $5.99. You will get a code no matter which version you purchase, however.

In addition, U.S. subscribers to the DC Universe Infinite digital service will get the whole series and all the free Fortnite codes included, though not those who are just using a free trial.