Bring towels, it's time to sweat. 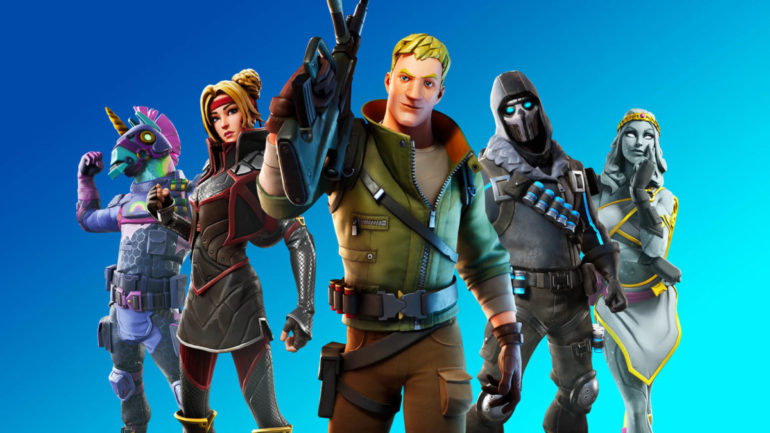 Box fighting is the single biggest obstacle holding players back from taking their Fortnite game to the next level. Back in the day, practicing this element of your game was a nightmare. You’ve got access to box fighting map codes, though, so use them.

I’ve been around the block when it comes to trying to get better at competitive shooters. Call of Duty, CS:GO, and Fortnite are all games that I’ve dedicated a lot of hours to, and I’m not just talking about jumping into a game with some mates in the evening. I’m talking 10 hour practice days, tournaments, and a lot of research.

So when I’m telling you that these five box fighting maps are going to turn your gameplay into looking like my little sister is behind the controller into Clix level shooting, you know that I’m telling the truth.

Box fighting isn’t the only Creative map type you should be taking advantage of, though. Practicing your build fighting, aim, 1v1, and team fighting skills are just as important.

I’m not here to give you a definitive repertoire to turn you into Ninja, though. That’s on you. All I’m going to do is give you the best Fortnite box fighting Creative codes; the hard work rests on your shoulders.

Pandvil initially made this map so that Clix would have a box fighting map during his streams, but the work he’s done has had a much greater impact. Despite being one of the older box fight maps, this remains the single best experience you’re going to get.

It’s super simple and exactly what a box fight map should be. You’ve got solid mechanics, a good loadout, and an enclosed space so that you and your friends can work on not sucking.

The claustrophobia that the map induces mirrors the kind of pressure you’re going to feel in a live game, which is crucial. All the practice in the world isn’t going to matter if you choke when you’re in an actual game. Trust me, I know, I’ve been there.

The Clix box fight map is arguably the most well-known Fortnite box fighting map for a reason. It’s going to help you and your team hone your skills in a pressurized and controlled environment, which is the very essence of how to get better at Fortnite.

Yerk’s Creative box fighting map actually serves as a fully automatic and dynamic multi-featured map. Rather than having a single box fighting arena like the majority of maps, you get different dimensions depending on how many people you’re playing with.

Both versions of the map are fully automatic and reset your builds immediately after each fight. This saves the time you would have wasted watching the round score to show and can make spending an afternoon messing around with your friends much smoother, given that you don’t have to wait for the game to restart.

You also get to create your own custom loadout, although all players on the map must use the same loadout.

The fact that you can quickly restart a game after each round is the type of mechanic that I wish more box fight Creative maps would use and is the reason I rate Yerk’s map so highly.

Who could have predicted Faze Flea would end up being one of the best box fighting map makers in the entire scene?

I won’t lie to you, I didn’t expect much when this map first dropped, but god was I put in my place.

Mechanically, the map is the same as the Clix box fight map. You spawn in with an AR, a pump, a Slurpfish, two minis, and 500 wood.

However, what sets this map apart is the design of the 5x4x2 (five wide, four long, two high) arena. It has that neon aesthetic that’s come into popularity recently, but it’s not overused like it is in so many other Fortnite Creative maps.

When you spawn, you get a total of six seconds to get your bearings before the fighting starts, which isn’t much. If you’re new to box fighting Creative maps, then the chaos and panic are going to mimic the feeling you get during an actual match.

This map is my go-to for when I’m just messing about with some friends. It might be the fact that I’m wiping the floor with them every time, but the simplicity of the arena lends itself to that kind of casual gameplay.

This map isn’t strictly a Fortnite box fighting map. Instead, it’s a two-in-one hybrid that features options of box fighting and for build fighting. Both of these are critical skills that you need to work on to improve your gameplay, making this map a must-have for anyone trying to improve.

The map looks great with a dream-like neon aesthetic, but that’s not why you should be playing this map. Save that kind of mentality for Flea’s box fight map.

The main attraction of this map is just how versatile it is. You are able to pick your own loadout, which is already better than most box fighting maps, and you get to seamlessly switch between box fighting and build fighting at your own convenience.

Out of the five maps I’ve featured, I’m going to put my reputation on the line here and say that this is definitely the best Fortnite box fight map. Salrdian knocks it out of the packs again with another map focused on building up your skills rather than just providing you with a fun playing experience.

It’s similar to an aim trainer in that it’s a prebuilt arena with moving targets, rather than being designed for you and your buddies to butt heads.

In fact, it’s not built for that at all. If you’re looking for a box fighting map code to practice against other players competitively, use the Clix code.

If you’re looking for a Creative map that is going to help you get better at Fortnite overall, then this is it.

Ideally, you should be playing this map every single day for at least 30 minutes when you first log on. You’re going to be warming up your box fighting skills as well as your aim, which is more important when you get into the thick of things.

The map layout is unique with prebuilt structures littered around the place, each simulating a situation you might find yourself in when in an actual battle royale. There are moving targets in each of these structures that you need to hit, but you get to decide how you go about that. This means that you get to hone in on what elements of your gameplay are lacking, something which no other Fortnite box fighting map does.

You’re going to be working on fundamental tactical ability rather than your gunfighting skills, but you can’t go running before you can walk.