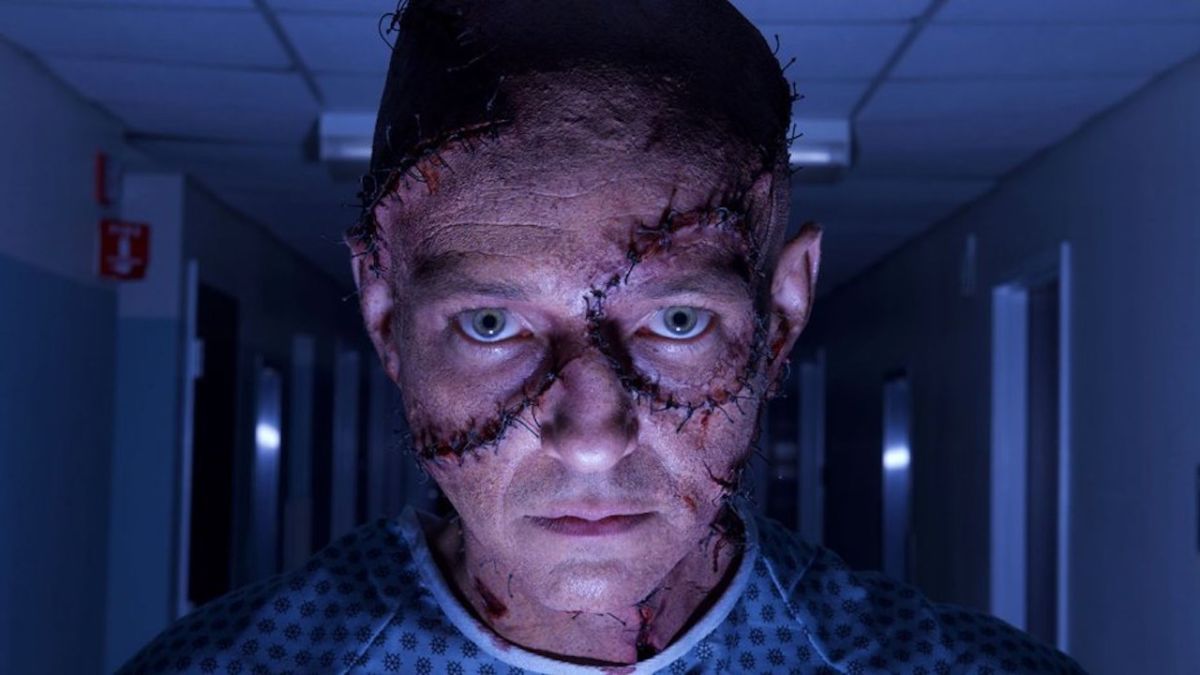 Horror anthologies are typically a mixed bag of ideas and quality. While high concepts are often introduced, inevitably they succumb to either time or budget constraints. Where Nightmare Cinema strays from the norm is the degree of freedom and lack of restrictions it places on its directors. This allows for the creativity of all five directors to shine across these terrifying tales. Some segments are dark, some are fun, and some are better than others, but overall, there are few better examples of high-quality anthology segments in as pristine and gory a package as this.

Similar to other anthology horror movies, Nightmare Cinemas’ tales of terror originate from a single location. Each segment begins with a protagonist wandering into an empty movie theater. The theater acts as a supernatural hub, as once a protagonist enters, they’re trapped in their seat, forced to watch a horror film that features them in the starring role. Each segment explores distinctly different characters, locations, and horror themes; the only thing they share in common is their tangential connection to the theater.

The theater is maintained by the amoral projectionist, played by Mickey Rourke, and while we never learn his backstory, he serves as the overall supernatural antagonist. As caretaker, he maintains the stage upon which the fate of each character will be explored. He also determines the horror they’re about to be exposed to.

The Thing in the Woods (Directed by: Alejandro Brugués)
By far the most fun of the five tales, The Thing in the Woods is a campy homage to 80s slashers with a creature feature twist. A fun weekend in the woods is brought to an abrupt end when a figure donning welding gear begins slaughtering everyone. As the welder pursues the last of the victims, their mysterious backstory is revealed, and this is when things take a drastic shift. This shift allows it to evolve past its slasher trope and evolves into something pretty terrifying.

This segment has some of the best production value with regard to its gore effects and fight choreography. While I enjoyed this segment overall, beginning with the most overtly silly segment is a strange decision. Despite its big payoff, those put off by its overt campiness might be dissuaded from sticking with Nightmare Cinema.

Mirare (Directed by: Joe Dante)
The most introspective of the tales asks, “What is the cost of altering our appearance to appease others?” In an attempt to ease her insecurities about her facial scar, Anna (Zarah Mahler) agrees to undergo reconstructive surgery. What begins as a single routine procedure quickly evolves into extensive work that shifts from routine to terrifying.

Director Joe Dante emphasizes paranoia as the audience anxiously waits for the bandages to come off and what damage, if any, has been done to Anna. Characters in this segment shift from caring and concerned to conceited and demented, which makes for several nasty surprises. This narrative’s focus is solely on social commentary, as it takes society’s obsession with looks and applies a Twilight Zone-esque extrapolation into the absurd. It’s goofy, graphic, and will make you think twice about going under the knife.

Mashit (Directed by: Ryūhei Kitamura)
What it lacks in originality, Mashit makes up for in shocking violence and gallons of blood. Father Benedict’s (Maurice Benard) congregation has become possessed by the devil. Now as his congregation turns on him, Father Benedict and a lone nun must fight back against the devilish forces.

Filmed in the same church as John Carpenter’s The Fog, Mashit has some of the best set design of the bunch. Its use of ominous shadows shrouds the church setting in brooding tension that’s reminiscent of the Exorcist. While its plot is rather tame compared to the originality of the other segments, it builds to a terrific finale. A final, gruesome showdown between our protagonist and a horde of knife-wielding, possessed kids yields some of the bloodiest moments of the film. Director Ryūhei Kitamura executes well on a tried and true horror concept, making it one of the more cinematic, but safe segments.

This Way to Egress (Directed by: David Slade)
This Way to Egress is the most visually striking segment as it is shot entirely in black and white. A mother (Elizabeth Reaser) anxiously waits in a doctor’s office with her two sons for unknown reasons. When she approaches the receptionist’s desk to enquire about their lengthy wait, she sees the receptionist’s facial features have become disfigured. As time goes on, her surroundings become increasingly distorted. People begin to resemble mutants, the floors and walls once clean are now coated in thick muck. As Helen’s perceptions becomes more jarring, her understanding of reality is called into question.

This is my favorite segment given its Twilight Zone look and approach to bizarre, otherworldly storytelling. Being shot in black and white is essential in creating this suffocatingly dreamlike world. This would have been a much better initial segment for Nightmare Cinema, as a way of displaying its dedication to weird and creative horror stories.

Dead (Directed by: Mick Garris)
Another example of skillful execution of a tried and true idea serves as a fitting conclusion. After being the sole survivor of a shooting that robs him of both parents, Riley’s (Faly Rakotohavana) concept of reality and the afterlife begin to blur. As he is recovering in the ICU, corpses, some of whom are familiar to him, begin roaming the halls, and then a killer shows up.

This was another segment that wasn’t terribly original, yet it is Garris’ pristine execution which makes it enjoyable. The makeup effects for one particular corpse is hauntingly memorable, with a memorably gory finale. The reason it works so well is that Faly Rakotohavana’s performance as a confused and wholesome kid is especially convincing and you can’t help but feel for him.

What ultimately separates Nightmare Cinema from most anthology films is its perfect coat of polish. No segment feels blatantly marred by budget or length restrictions. Each feels satisfactory in their conclusion, and while I liked some segments more than others, none of them were crushingly disappointing. The order of segments is somewhat questionable, but as individual parts, they delve into each director’s darkly creative mind. Nightmare Cinema’s final moments set the stage for a potential sequel, while still feeling as if it told the stories it came to tell. One of the most satisfying horror anthologies in recent years, and a personal favorite of mine.

Verdict
High production value and diverse tales of terror make this a standout horror anthology.
8
Cultured Vultures is a pop culture website established in 2013 covering all things gaming, movies, and more. We eat your words.
All The News On The Biggest Games