Get set for dream matches. 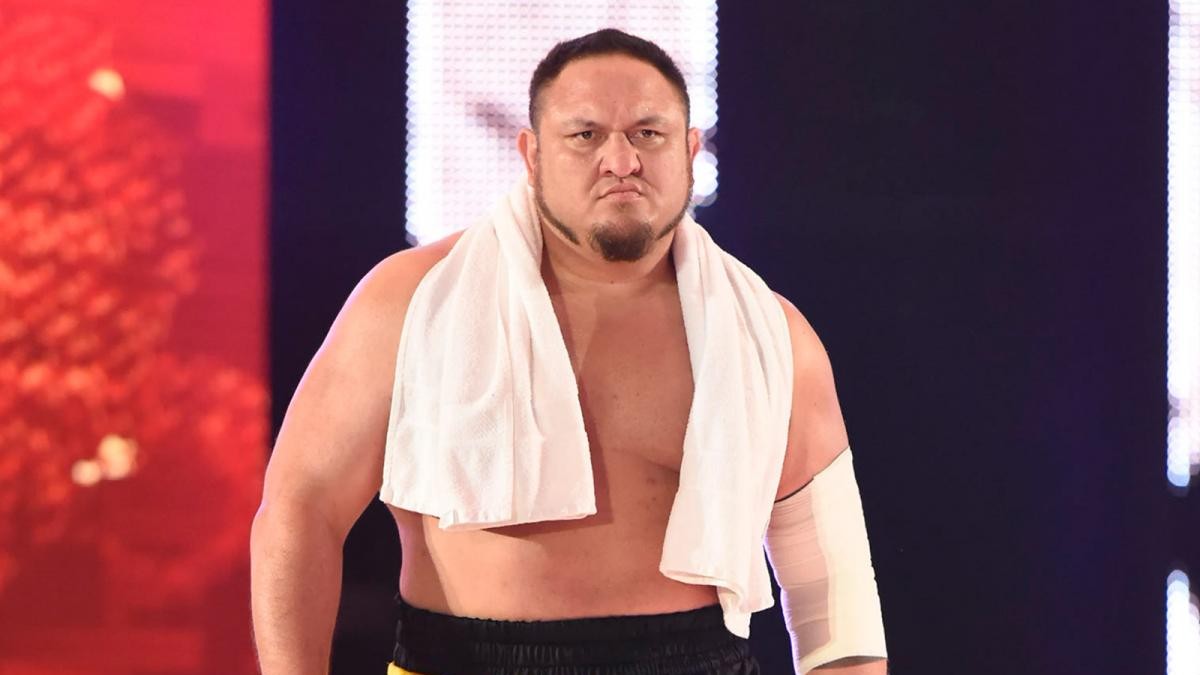 At NXT TakeOver 36, Samoa Joe defeated Karrion Kross to become the first ever three time NXT Champion. Regardless of whether it was the original plan for the championship, considering Kross’ sudden move to the main roster and Joe’s return to the company, it was an undoubted feel good moment for fans of Joe and the NXT brand.

It may seem unlikely that Joe will keep the championship for a long period of time, possibly even serving as a transitional champion, which makes his first challenger a fascinating question. Because of that, here are five wrestlers who could challenge, or maybe even, defeat Joe for the NXT Championship.

Probably the most likely option, these two have been subtly building a feud over the last few months, with Dunne seemingly stalking Joe in the lead-up to NXT TakeOver 36. With Joe having won the NXT Championship, it seems a prime opportunity for Dunne to challenge him in an attempt to win the title that has eluded him. It also allows Joe to pass the torch to a younger superstar who has already proven himself with the NXT UK Championship.

The only negative might be the recent uncertainty over Dunne’s future with WWE, considering the supposed reports that his contract will run out shortly. If that’s true, and Dunne leaves WWE, one of the biggest disappointments would be the inability to capitalise on the recent build-up between the two.

Regardless of whether Dunne stays or goes, hopefully NXT has enough time to fit in one match between the two, just for the fans.

One of the biggest surprises over the last year has been the transition of O’Reilly from a tag team specialist into a main event singles wrestler.

Beginning with an opportunity against Finn Balor for the NXT Title, O’Reilly proved himself to be a worthy main eventer. Since then, he’s had other opportunities against Balor and even Karrion Kross, but more importantly, he emphatically defeated Adam Cole at NXT TakeOver 36 after an emotional feud between the former friends. With Cole possibly leaving NXT, O’Reilly could capitalize upon a void in the main event scene to challenge Joe for the title.

Joe and O’Reilly are primarily renowned for hard strikes and submissions, which means seeing the two battling in a main event could be similar to O’Reilly’s excellent battles with Balor. Considering the growing popularity that O’Reilly has garnered over the last year, this could be perfectly placed for the former Undisputed Era member to vanquish the current champion to lift the title himself.

Kyle O’Reilly, NXT Champion by 2022 at the latest — you heard it here first.

Possibly a slightly surprising choice, but considering the importance given to the debut of The Diamond Mine stable, Roderick Strong seems primed for a reasonable push.

Strong is a sometimes underappreciated member of the Undisputed Era, unfairly remembered for being the fallback option as O’Reilly’s tag team partner when Bobby Fish got injured. However, Strong actually has tremendous pedigree as a singles star, whether as Pro Wrestling Guerilla World Champion or Ring of Honor World Champion.

Strong is also renowned for his incredible feats of strength, exemplified by his nickname ‘The Messiah of the Backbreaker’, one of the few who may be able to physically challenge the new champion. Because of this, he offers a different challenge for Joe, while also legitimizing a brand new stable in The Diamond Mine.

Even if Strong doesn’t win, it may allow him to prove himself a possible main eventer for NXT similar to his former stablemate Kyle O’Reilly.

This option very much depends on whether Thatcher is actually injured and for how long, as Joe against Thatcher is ‘two big hosses beating the ever loving stuffing out of one another’.

However, if Thatcher is truly injured, then it means former NXT champion Tommaso Ciampa could challenge Joe for the NXT Championship instead. Due to the fact that former NXT Champions are often quickly promoted to the main roster after dropping the title, it’s rare that NXT gets to present a former and current NXT Champion battling for the title (ironically they could do so in the match that Joe won the title).

Ciampa has already demonstrated how much legitimacy a title holder can gain by defending against him, looking at WALTER’s victory in an NXT UK Title match at NXT TakeOver: Stand & Deliver. Apart from the Fatal Four-Way for the vacant NXT Title, Ciampa’s last opportunity was his match against Adam Cole in February 2020, which leaves him long overdue for a title shot. Plus, Ciampa rarely disappoints.

What you just heard was the sharp intake of breath at the thought of the damage these two men could do to one another. Between WALTER being a physical behemoth capable of chopping an announce table, and Joe often being accompanied by the chant “Joe is gonna kill you”, this is akin to Godzilla taking on King Kong. Interestingly, the two men have actually teamed together back in 2007 for the German company wXw (Where The Power Lies), but apart from that, they’ve never faced one another, which makes this an absolute dream match.

Considering the recent success of WALTER at TakeOver events, especially his battle with Ilja Dragunov, you can guarantee that NXT will want to use WALTER more often. The only real issue has been WALTER’s reluctance to move to the United States, preferring to reside in Europe. However, with the recent news that NXT will begin utilising tapings for the brand more often, it could allow for WALTER to fit all of his appearances in a few days of taping and return home.

With several weeks of build-up, these two guarantee a big match feel for any TakeOver event, and who knows, maybe WALTER may even be the Kong that fells Godzilla.

READ NEXT: Karrion Kross: The Systematic Dissection Of A Champion