From John Wick Santa to a cute cat in boots, December's got everything. 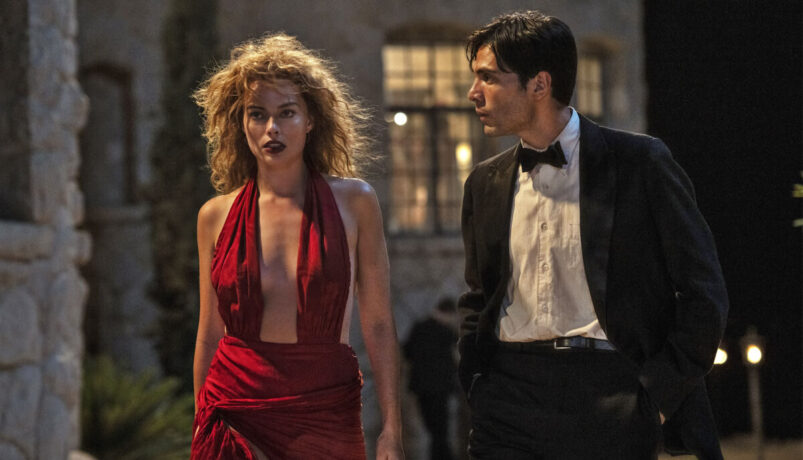 And just like that, we’re at the end of the year. It’s been a great year for film, and while I do think November trumps December when it comes to big movies, December does have an ace up its sleeve. It’s playing host to the biggest blockbuster of the year, and that more than makes up for the less exciting options available. If you get a break from your Christmas festivities and are maybe thinking of hitting up your local cinemas for some alone movie time, here are the biggest new movies of December 2022.

When you think of Santa Claus, maybe you think of a nice, jovial man who spends an entire night delivering presents to everyone on his nice list. Well, this isn’t the Santa you’re getting in this movie. As the title suggests, time for some seasons beatings.

David Harbour plays Santa Claus, who’s delivering presents on Christmas Eve when he gets caught up in a home invasion. Want to watch Santa Claus take out a man with a shuriken? Then this is the movie for you. Also, John Leguizamo plays the man leading the home invasion, and he’s always fun to watch.

We’ve spent years waiting for an Avatar sequel, and this year, we’re finally getting it. It is truly the season of giving.

Avatar: The Way of Water continues the story of Jake Sully (Sam Worthington) and Neytiri (Zoe Saldaña), who now have kids together. The trailer gives us a closer look at the Na’vi children: Neteyam (Jamie Flatters), Lo’ak (Britain Dalton), Tuktirey (Trinity Bliss) and Kiri (Sigourney Weaver, who is returning to the franchise in a different role). New troubles threaten their peaceful existence, and from the trailer, it appears that the Sully family will seek out other communities for help. There’s a keen focus on family, and the lengths one would go to in order to protect them and our homes.

It’s the motion picture event of the year – will you be showing up to see it?

Even though it’s the end of the year and you might be having animated movie fatigue, please don’t sleep on Puss in Boots: The Last Wish. Antonio Banderas is back to voice this iconic character, with such a talented cast in tow, including Salma Hayek Oliva Colman and Harvey Guillén

Puss (Banderas) has burned through eight of his nine lives without even realising it. Getting those lives back will send Puss in Boots on his grandest quest yet: to find the mythical Wishing Star and restore his lost lives. But with only one life left, Puss will have to humble himself and ask for help from his former partner and nemesis: the captivating Kitty Soft Paws (Hayek).

Early reviews are calling it one of the best animated movies of the year, so you don’t want to miss out.

Biopics have gone out of style, it would seem. Even though Bohemian Rhapsody did well at the Oscars, the critics weren’t so complimentary. Elvis also received mixed reviews, with many praising Austin Butler’s performance, yet also feeling that Baz Luhrmann’s excessive style overpowered things a little. The most recent successful biopic I can think of is Marielle Heller’s A Beautiful Day in the Neighbourhood, mainly because it steered away from the conventional trappings of a biopic.

It’s hard to perceive how I Wanna Dance With Somebody would fare. After all, Whitney Houston is a legend, so playing her would be a challenge. From the trailer, Naomi Ackie seems to have captured her speaking voice quite well, and they’re using Houston’s original vocals and music for the movie, so that will be quite a treat to experience.

It might suffer from the same issue that befell Bohemian Rhapsody, which is basically producing carbon copies of Houston’s big performances. Hopefully the movie brings something more, but it should still entertain nonetheless.

Damien Chazelle’s back with his fifth feature film, and it’s a love letter to cinema (lots of those this year).

From the trailer, the movie looks like a mix of The Great Gatsby, The Wolf of Wall Street, and maybe a slight tinge of Once Upon A Time in Hollywood. It’s about a period in Hollywood that was debaucherous and wild, with actors like Margot Robbie, Brad Pitt, Diego Calva and Tobey Macguire onboard, though I have to say that Robbie steals the scene every time she appears in the trailer. Her character is absolutely mad and intense, and it’ll be great to see that unfold on screen.

Movies as chaotic and madcap as this might not always perform well with the critics, as seen from the early reviews which are fairly divided. The movie’s descriptions veer from “a tonal disaster” to “a sensational celebration of cinema”, so it’s hard to say where it would fall for you. Still, you’ve got to admire Chazelle for exploring different spaces and subject matter for every film he does, for taking risks even when it might be easier to stick to the path of least resistance.

READ NEXT: 20 Best Home Invasion Movies of All Time