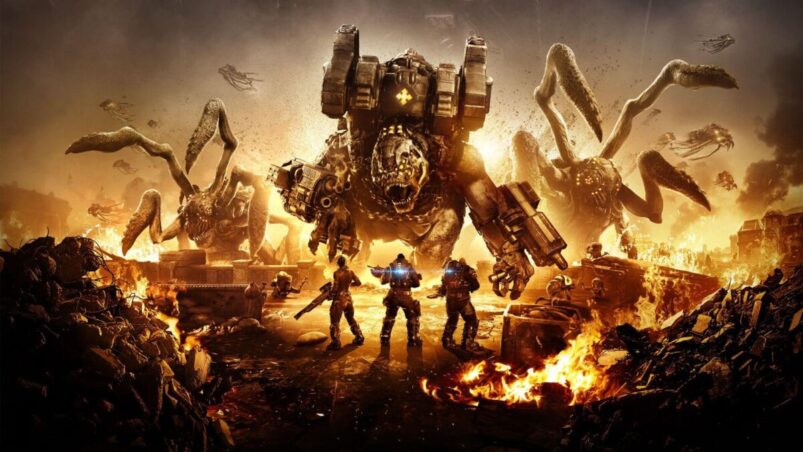 Though the strategy genre largely centers around the PC platform, the Game Pass subscription system has given the opportunity for many console owners a chance to enjoy some of the greatest strategy games currently out. Here’s a rundown of ten of the best strategy games on Xbox Game Pass, limited to one entry per franchise or series.

Curiously, city builders and management games are some of the most common types of strategy games that have found a new home on consoles. The first of these is Before We Leave, a cerebral and unique interstellar city builder game.

Aside from the fittingly blocky and simple aesthetic that emphasizes readability and strategic planning, Before We Leave is one of the few city builder games that incorporate interplanetary gameplay in creating a healthy economy and functioning system for your people. It may not have quite as much content as some of the other games on this list, but the intriguing features it offers are totally worth checking out on Game Pass.

Jumping on the city builder-management game train, Tropico 6 slides into ninth place as part of a long-running series of satirical, hilarious, and engaging strategy games about leading your own banana republic. While it may be a fictionalized version of an island nation, Tropico 6 effectively incorporates history to illustrate an authentic life cycle and development of such a small nation with a compelling era advancement system in place.

In addition, the excellent dialogue and character writing infuse the game with a memorable, witty, and humorous tone that elevates the drier, statistics and production-driven management gameplay. The combat may be the weakest part of Tropico 6’s mechanics, but the rest of the suite of features is high-quality and engrossing and will easily wrap you into its world.

Games Workshop’s Warhammer franchises are veritable juggernauts in the strategy genre with new games popping up and releasing seemingly every quarter exploring different corners of its expansive grimdark worlds. One such game is Black Lab Games’ Battlesector – a turn-based tactics game focusing on the exploits of a chapter of superhuman super soldier Space Marines in their effort to cleanse their homeworld of the insect-like Tyranid threat.

Though at launch we weren’t exactly impressed with its functional, albeit unimpressive tactical gameplay, as well as repetitive narrative missions, since then the developers have updated Battlesector and it’s now in a far better place with a solid sandbox procedural conquest campaign. On Xbox though, Warhammer 40,000: Battlesector is easily one of the best representatives this franchise has to offer in its tactical gameplay and is one of the best strategy games on Xbox Game Pass.

From planetary conquest to desperate island-hopping and a race for survival, Bad North sees the player take command of a small force of survivors trying to escape an endless horde of fantasy vikings and find a new home. This roguelike micro-tactics game is as simple as it gets when it comes to mechanics as you’ll ever be able to control four squads of troops, however, the combination of unit interaction, impactful terrain, and a challenging threat all make Bad North’s gameplay tense and breath-taking.

Bad North is a great example of a game that gives you limited tools on how to affect each battlefield or the overall tactical landscape, but within those limitations, the player has significant freedom in approaching the defense of each island however they see fit — a great way for beginners to learn basic principles of strategy games. While it may be a humble little game with somewhat limited replayability, the survival journey in Bad North’s tactical gameplay is absolutely worth experiencing.

If you’re tired of being the goody-two-shoes protagonist all the time, then look no further than Evil Genius 2 where you take the role of a James Bond-esque villain and scheme, bamboozle, and exploit your way to world domination against the Forces of Justice. Just like the first few entries on this list, Rebellion’s sequel to the original cult classic is yet another management game with a great variety of options to create the villain lair of your dreams.

Evil Genius 2 stands out with its cartoonish aesthetics reminiscent of Illumination’s Despicable Me franchise, as well fun mixture of standard base-building mechanics with light tower defense as you create labyrinths of complicated traps, contraptions, and surveillance zones to resist the sabotage efforts of the “good guys”. The game’s UI issues and uninspired world domination missions do little to hamper the overall high level of quality gameplay that Evil Genius 2 offers to the player.

Some of the greatest city builder games are those that infuse the basic loop with new levels of depth. 11 bit studios does just that by adding not only a survival element to Frostpunk and a neat steampunk setting but also an entire moral dimension to every decision. In Frostpunk’s world, a 19th century steampunk Earth experiences a cataclysmic climate disaster and you need to get one of the few remaining cities operational and ready to shelter survivors from the horrifying cold.

The moral dimension of the game comes in managing the population’s opinion of your rule, as well as the various laws you’ll need to enact to ensure the city survives and the people don’t turn on each other and ruin all your efforts to keep as many people safe. On top of a relevant message about contemporary global issues, Frostpunk is a compelling survival city builder strategy game and is easily one of the best strategy games on Xbox Game Pass.

Along with the Civilization series, Firaxis’ reimagined XCOM franchise has easily become one of the most influential strategy games out there with many developers trying their hand at the formula to bring a unique take on XCOM’s style of challenging turn-based tactics. Gears of War is primarily known for its gritty third-person action, so it’s quite a pleasant surprise that Gears Tactics faithfully and successfully adapts the Gears aesthetic and tone into a fresh take on XCOM-like turn-based tactics games.

Gears Tactics follows in the footsteps of its main franchise by focusing the action squarely on the characters and the action, doing away with an overarching campaign system and instead focusing on a more linear narrative with competent AI and enticing tactical decision-making. Replayability is perhaps the game’s only weak spot, but there is so much game and the AI makes every mission quite the tough nut to crack, Gears Tactics is a worthy addition to the Gears franchise and a solid strategy game in its own right.

Two Point Studios took the management games world by storm with the release of Two Point Hospital, a spiritual successor to the zany Theme Hospital that brought back the signature sense of humor and all-around silliness. Two Point Campus improves on the previous game in every way by innovating upon the management formula and also gets a leg up in being one of the few management strategy games to take on university life.

Two Point Campus makes the outdoors and corridors far more important to the construction and layout elements of the game, meaning there’s a far greater need to customize and develop every nook and cranny of your campus to keep students happy and entertained during their stay. It may still have some bugs and kinks to iron, but they do little to hamper Two Point Campus’ excellent and innovative management gameplay.

Perhaps one of the biggest indie smash hit strategy games in recent memory, Slay the Spire is an incredible roguelike deck builder that has some of the best replayability of any roguelike strategy game. The combat encounters may be turn-based, but Slay the Spire has an undeniably consistent and energetic pace that makes the game almost feel like a real-time fighting game.

The heart of the strategic gameplay of course lies in the engrossing deckbuilding gameplay where not only every decision can have a massive impact on your run, but it’s varied to the point that even playing the same class of character can be quite different and lead to unexpected solutions for every challenge. Slay the Spire is undoubtedly a classic in strategy gaming and is easily worth the price of admission into Game Pass.

Slay the Spire, however, can’t quite measure up to the scale and scope of the best strategy game on Xbox Game Pass – Stellaris. This galaxy-spanning strategy game is one of the most expansive 4X sci-fi strategy games that lets players create their own space empires, and races, and engage in high-stakes diplomacy with other interstellar powers.

The race creator alone provides most of the replayability allowing you to wholly new playstyles, paths to victory, and synergies to create an unstoppable mighty space empire. Stellaris’ multiple and distinct victory conditions also set it apart from other games of its kind, which also has the advantage of being one of the few 4X strategy games to make its way onto consoles. It’ll easily fill your appetite for large-scale strategy decision-making.

READ NEXT: 10 Best Shooters On Xbox Game Pass You Should Play