The N64, released in 1996, is treated with a certain nostalgic fondness by gamers over a certain age, and features some of the best games Nintendo have ever produced. Despite a relatively small games catalogue and an ugly, clunky controller, it’s a brilliant console that owners will gladly revisit on occasion.

Recently, we’ve had an N64 set up in the lounge, and something interesting has happened. Whilst there’s also a Playstation 2 and Xbox 360 on standby and ready to go, the N64 is by far the most played console. This is just a testament to its incredible longevity, and its fantastic multiplayer games.

Whilst reading this, you may never have owned an N64, and are thinking of taking the plunge. Maybe you already own one, and want more games because you feel like you never got the most out of it. Or maybe you’re a hardened Nintendo veteran who’s just clicked this article to disagree with my opinions. Either way, here are my picks for the top Nintendo 64 games of all time. 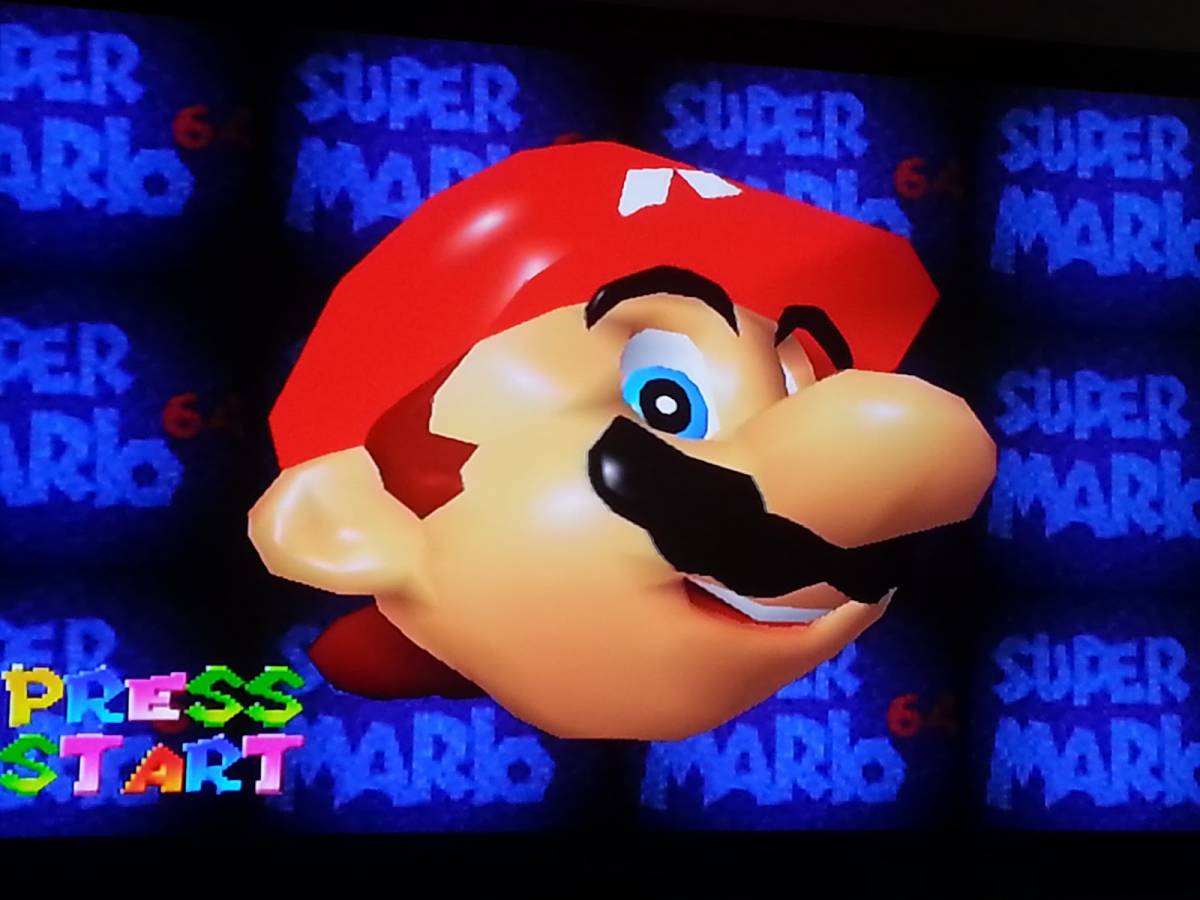 The first 3D Mario game, Super Mario 64 was absolutely groundbreaking for its time. One of the earliest 3D platform games, and certainly the best amongst them, this game introduced a new benchmark by which all subsequent platformers were judged.

Super Mario 64 takes place within Princess Peach’s Castle, within which are a number of paintings that, when walked through, serve as portals to a multitude of different levels. Each level has its own unique style and feel, and is fully explorable in an open-world style, allowing players to complete its objectives in any order they choose.

Successful completion of a task rewards the player with a star, and collecting stars allows for access to more areas of the castle, and therefore access to more levels. With 120 stars to collect there’s plenty for gamers to get stuck into, and completists will be playing for quite some time.

As far as the N64 goes, you won’t find a better platformer. 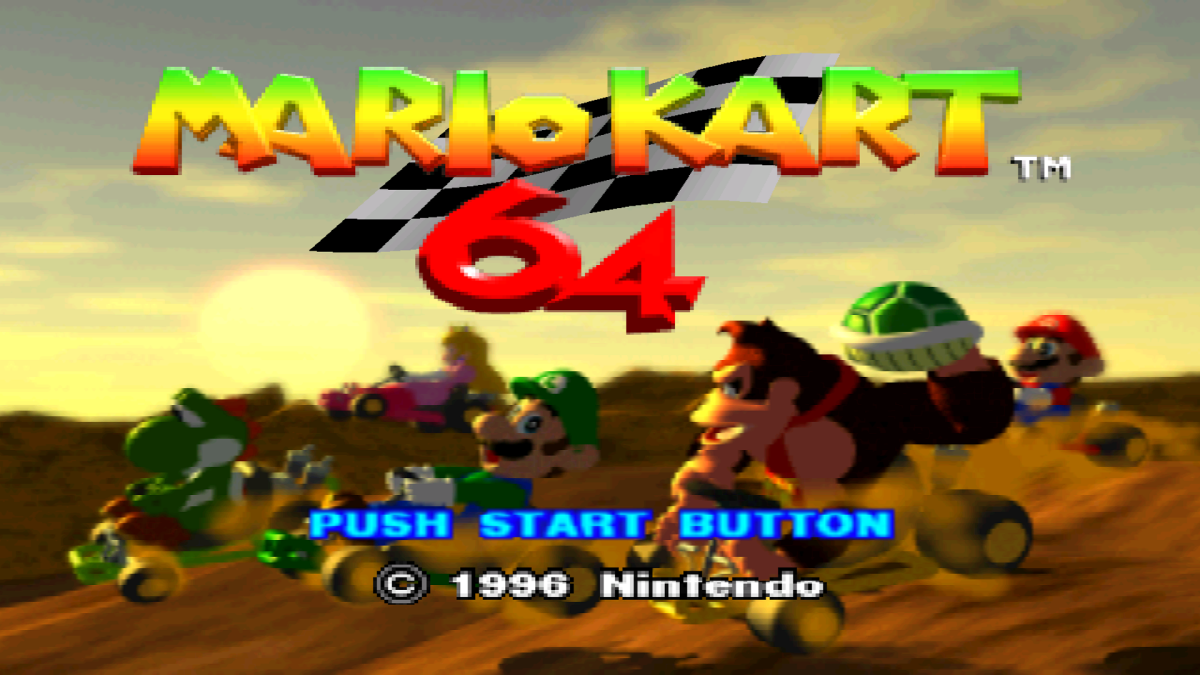 Does this game really require any introduction? You’ve all played one of its eight instalments before, surely? What do you mean you haven’t? Jesus, man.

Mario Kart 64 was the first 3D Mario Kart game, featuring 16 unique tracks and an array of comical weapons. Players can choose from eight different characters and take part in traditional races, or battle mode in which players attack one another in a last man standing contest.

An endless source of rage for gamers, matched perhaps only by the FIFA series, Mario Kart is endlessly unfair. Even the most mild-mannered of people are likely to launch into a stream of expletives when they’re hit by a red shell on the final strait, stalling them just long enough to send them from first place to last. On the flipside, the game has a nasty habit of turning people into cocky winners too. In the past, I’ve seen full-on flip-the-table-Monopoly-style arguments arise due to a well timed blue shell.

Mario Kart 64 is one of the best multiplayer games on the platform, and its simple controls mean that anyone can join in on the fun. 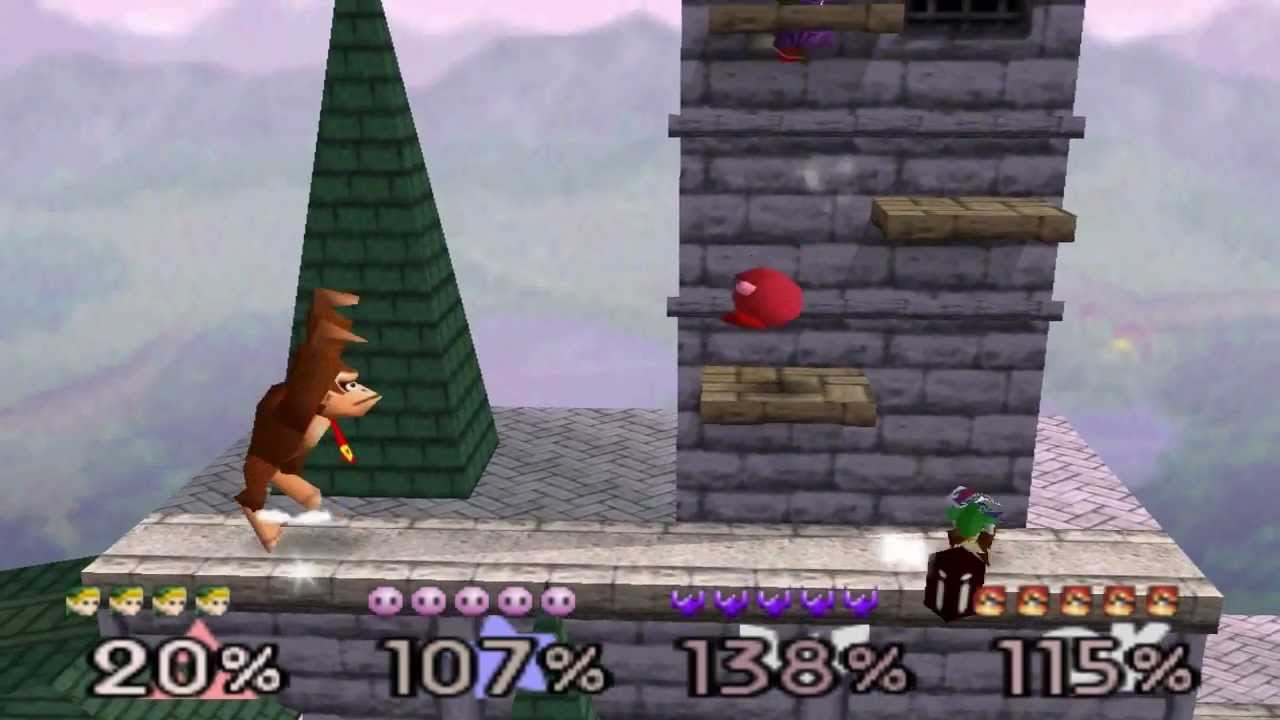 Widely regarded as the best fighting game on the N64, Super Smash Bros allows players to take control of a number of Nintendo favourites in a fast-paced fight to the death. Link, Mario, and Fox are all available from the outset, whilst a number of unlockable characters give players the incentive to complete the single player campaign.

Naturally, as is common with most fighting games, multiplayer is the main aspect of Super Smash Bros. As previously mentioned, the unlockable characters provide incentives to battle through the campaign, once you’ve got them all you’re far more likely to want to plug in four controllers and play with your mates.

The rules of battle are fairly simple. Each player has a damage meter which starts at zero and can rise up to 500. The more damage a player has, the further he’ll be flung when hit. Players die when they fall off the stage, and typically death will occur at around the 200 mark. You can choose the option of each player having lives, or putting on a time limit, after which the player with the most KOs is declared the winner.

Super Smash Bros has spawned a number of sequels, including the fourth instalment which will be released on WiiU and 3DS later this year. Whilst the later iterations have doubtlessly improved upon the original, Super Smash Bros is still not only immensely playable, but great fun. 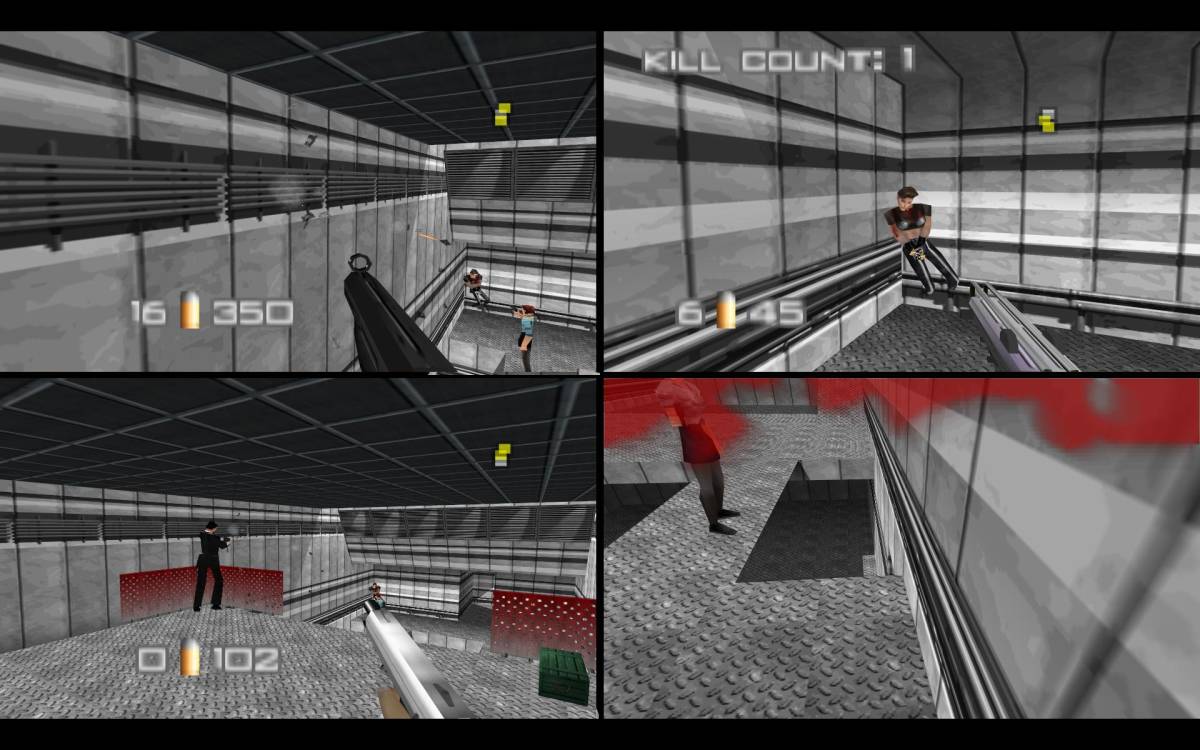 If there’s a better movie tie-in game, I’ve not played it.

Featuring a fun and challenging campaign, as well as the best multiplayer action to be found on the N64, Goldeneye 007 is as necessary for any gamer as oxygen is to the respiratory system. The 20-mission campaign closely follows the story of the film of the same name, and some of the maps are impressively large for 1997.

The really memorable aspect of the game, however, is the now-famous multiplayer. Players are able to choose from a sizeable roster of characters from the film, as well as a number of classic Bond villains such as Jaws and Oddjob. This mode is what gives Goldeneye 007 its endless replayability, having stood the test of time, it’s still an absolute riot nearly two decades after it was released.

Right now I’ll bet one of you reading this has been inspired to dig your old N64 out of the attic, get some buddies round and get some beers in for some multiplayer fun. Just nobody pick Oddjob. That’s cheating.

So what’s the best N64 game of all time? You may already be able to guess…

1. The Legend of Zelda: Ocarina of Time

Not only the greatest N64 game of all time, but surely in contention for the best game of all time, Ocarina of Time is a vast open world tale of good versus evil. The open world, whilst small by today’s standards, was groundbreaking at the time. Despite its size compared to today’s massive sandboxes such as Los Santos in GTA V (seriously, did anyone manage to explore the whole thing?) the land of Hyrule in Ocarina of Time is beautifully crafted and delightful to explore.

The player controls Link, a young boy tasked with saving the realm of Hyrule from Ganondorf, the evil King of the Thieves. The eponymous Ocarina of Time is a magical instrument that when played can change the weather, alter time, and call your faithful horse to your side. The adventure is a time-hopping, dungeon exploring, dungeon solving quest to save the world.

For anyone buying a Nintendo 64 for the first time, this entry in the Legend of Zelda series should be your first port of call. Even today more than 15 years from release, it provides one of the greatest gaming experiences of all time.