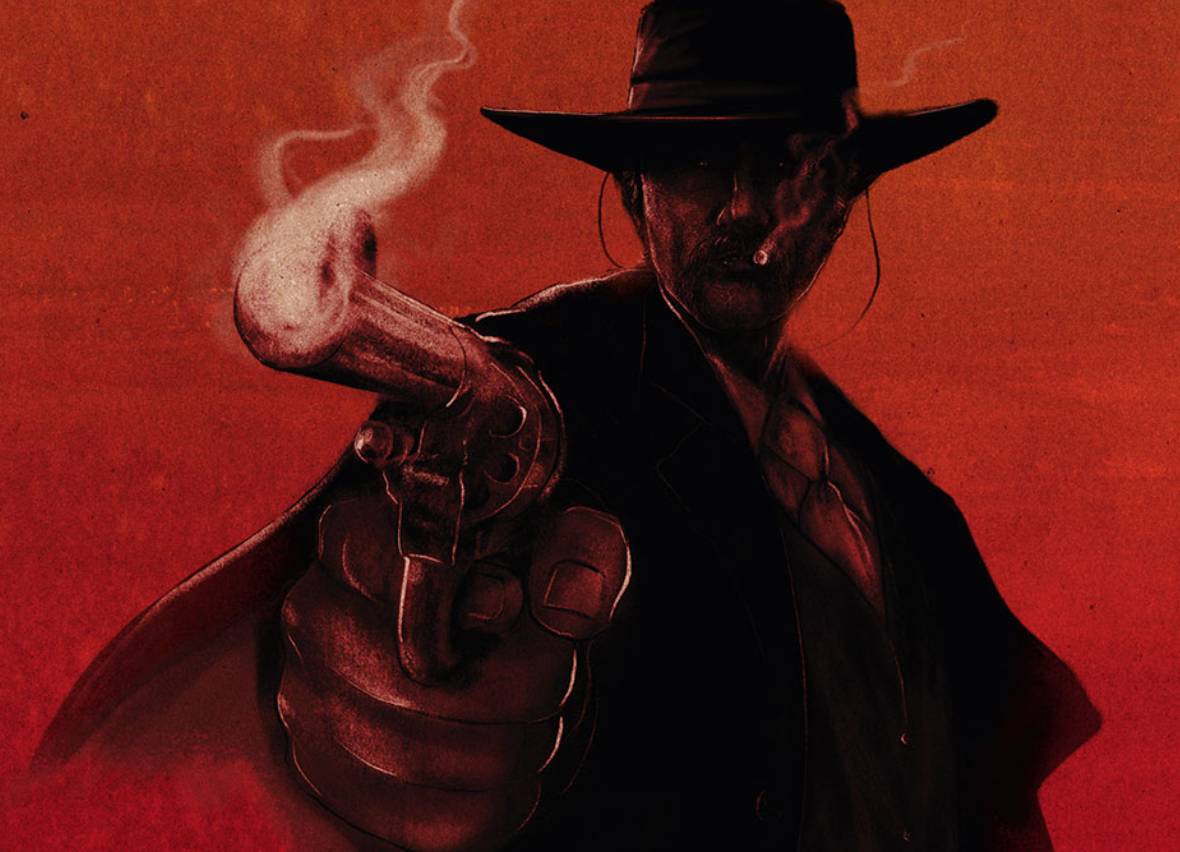 The recent, incredible box set from Arrow Video, known simply as The Complete Sartana, stands just fine on its own. Still, the history of the spaghetti western is so vast and fascinating, particularly in terms of volume, you can’t help but want to provide some background. There is a compelling history to be found in the filmmaking style that gave way to the five films in this new Arrow Video boxset. History specific to this series is made available in abundance, with Arrow once again going the distance to give fans a deep inventory of interviews, commentaries, and other archival materials. However, the history of spaghetti westerns, which is one of the most fascinating stories of a specific topic in film history, is worth at least mentioning.

Once you discover that spaghetti westerns went far beyond the works of Sergio Leone, there’s a good chance that you’re never going to come back. Between A Fistful of Dollars (1964) and 1975, literally hundreds of Italian-made, distinctly stylized westerns were released. Most of them are going to remain in obscurity. They will be appreciated mostly by the community of fans who continue to collect, watch, and discuss these movies. If you’ve seen Leone’s films, and you want to dive deeper into this genre, you might feel a little overwhelmed. IFC’s 2007 documentary The Spaghetti West can give you a solid idea of just how much material there is for you.

In the decades since the heyday of this unique genre, a few titles and characters have managed to stand out, beyond Eastwood’s Man with No Name. Tarantino’s Django Unchained is technically based on a popular series of spaghetti westerns. The hallmarks of the genre itself continue to influence westerns to a certain degree, as well. You also have companies like Arrow that are thankfully throwing a spotlight on films, directors, actors, and others who put in some very good work in the 60s and 70s. Spaghetti westerns share a similar problem to slasher films. Both offer several creative, genuinely entertaining gems. Both genres are also overwhelmed with terribly movies that rightfully deserve to be forgotten. A Fistful of Dollars inspired hundreds and hundreds of imitators, copycats, and movies from filmmakers who genuinely wanted to leave a unique stamp on the field.

You could make that argument with the five films here. All of them feature the character Sartana. Gianni Garko played him the first two times, and then the last two times. The middle film saw Garko replaced (with his blessing) by George Hilton. The first film was directed by Gianfranco Parolini, while the other four in this boxset were helmed by Giuliano Carnimeo. At the end of the day, all five of these films are enjoyable to one degree or another. Best of all, you can even tell them apart, which is sometimes tricky with films in this vein. What makes the Sartana films so interesting is the fact that they largely adhered to a very specific mythology. Sartana himself wasn’t going to be mistaken for the Man with No Name, Django, Ringo, or any of the others. Garko, Hilton, Parolini, and particularly Carnimeo were among those who made a concerted effort to create a series with its own consistent tone. This approach is something of a stark contrast to the many spaghetti westerns that merely borrowed a famous name and hoped audiences wouldn’t know the difference.

The Sartana films certainly feature all the major hallmarks of its type. Lots and lots of violence, particularly gun violence, is naturally packed into these movies. Sartana himself is a mysterious, enigmatic figure. He differs from other famous spaghetti western antiheros in the sense that he seems to have more of a sense of humor than many of his contemporaries. Granted, it’s a dark sense of humor for the dark days he continuously moves up against, but it’s there. Also noticeable in the character is his sense of style, which borrows more from a well-dressed agent of fortune, than someone with a post office box in the bowels of hell. Then you have the various stylistic references to Dracula. If there is any one character Sartana borrows from the most, other than the mysterious gunfighter figure that was common in these works, it would have to be the Count. At their foundation, and regardless of who is playing him (although Garko will probably be your favorite), the Sartana films are appealing because they made it a point to actually care about the chief protagonist they were creating.

All of the above is supported by excellent supporting casts, fun stories, and great pacing. It is impressive indeed that all five of these films are watchable. I would even go so far as to promise you that if you like this type of western, you will love the entirety of this collection. Of the five, I would personally say I Am Sartana, Your Angel of Death (come on, man, that’s a great title) is the best of the series. It has an immensely enjoyable story of a train robbery that ends with a bullseye on Sartana’s back, when one of the robbers impersonates him. The film also features what might be one of the least insane performances of Klaus Kinski’s insane career and hideous life, if you’re into that kind of thing.

Movies in this exact style are simply not made anymore. Fair enough, but there are a number of titles, particularly from the boom years of spaghetti westerns, which are well worth your time and money. Five movies is a lot to put on someone for a blind buy, if you haven’t even heard of these before. I can understand that, but I would encourage you to take the chance anyway. If you love your westerns to be loaded with grit, violence, singular personalities, and a mysticism that is prevalent in the fates and endless struggles of the characters, you will likely love this entire series. These films are from a period of filmmaking that is worth remembering for more than just Clint Eastwood. No disrespect to one of the greatest western figures in movie history, but he’s not the only gunfighter from this style that is worth a mention.

You may even wind up liking Sartana more. Stranger things have happened.

Verdict
With beautiful restorations, tons of new interviews, and audio commentaries, Arrow Video throws a gorgeous spotlight on a largely-forgotten spaghetti western legend. If you love the Man with No Name, then you need to introduce yourself to the mysterious Sartana.
10
Cultured Vultures is a pop culture website established in 2013 covering all things gaming, movies, and more. We eat your words.
All The News On The Biggest Games