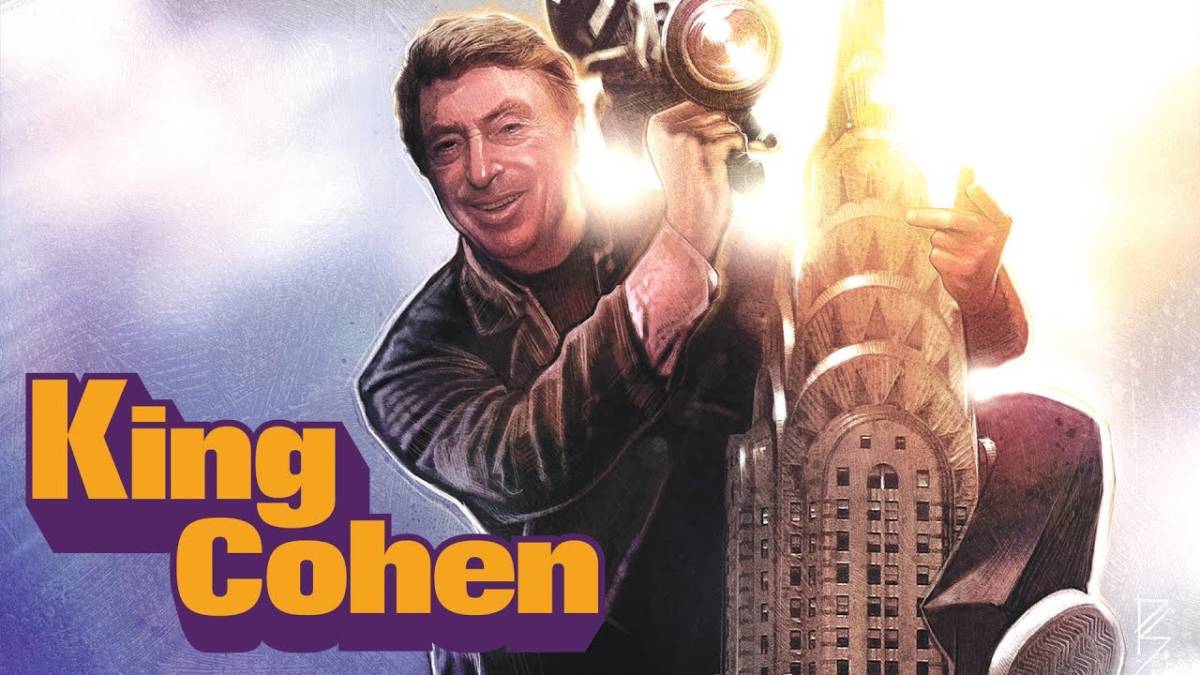 Although filled with memorable moments, clips, and interview, I think my favorite thing about King Cohen is a story involving The Naked City and NYPD Blue. This fascinating documentary about cult writer and filmmaker Larry Cohen provides some incredible background to his extremely prolific run as a writer and creator of television in the 1960s and beyond.

One specific anecdote mentions that one idea Cohen tried to sell to the TV show The Naked City was later sold to NYPD Blue a couple of decades later. A recurring theme in the career of Cohen (The Stuff, Q, and It’s Alive) is that the man frequently came up with things that were considerably ahead of their time.

The Invaders, one of the shows Cohen created, is a prime example. It’s an episodic series in which a sense of apocalyptic doom and intense paranoia follow the characters in their race to stop an alien invasion. Cohen was creatively restless, and endlessly inventive. The documentary certainly emphasizes that, but it comes through most strongly in the interviews and film clips that bring Cohen’s remarkable career and unique personality to vivid, delightful life.

Documentary director Steve Mitchell brings the necessary energy of his own enthusiasm and love of Cohen, and blends that element with a perfect compilation of interviews and memorable scenes. No one could ask for a more loving tribute than the one Cohen receives here from Mitchell, contemporaries, and people he inspired (like J.J. Abrams).

It also helps that Cohen made some of the most incredibly fucked up, intensely enjoyable films of all time. Movies like It’s Alive and God Told Me To are bizarre, hellish, and often hilarious. They also presented what is still one of the most naturalistic depictions of New York City ever committed to film that also happens to be during the decades in which that city was one of the most dangerous places on earth. These were movies that established Cohen as one of the most viscerally-distinctive, imaginative writer-director-producers of his most productive years. A lot of those films continue to be appealing. Simply because Cohen gave them so much personality, without completely forgetting about things like character and story, people are still falling in love with them.

The worst thing you can really say about King Cohen is that it feels like a bit of a whirlwind at times. Even at 90+ minutes, you feel like every story has a lot more detail that you would almost certainly find interesting. The production history of something like Black Caesar alone could be something that gets to be its own documentary.

This is a well-paced summary of an amazing career, but if you’re someone who likes documentaries in this vein (and you already know who you are), you’re going to be left wanting more. This is a problem with any documentary about movies which arguably made more of an impact than the A-list titles of their respective eras. When these documentaries make time for the actors, producers, writers, and directors who shaped those films, as King Cohen gloriously does, the end result is effortlessly appealing.

Verdict
“Few writer-director-producers have a resume like Larry Cohen. The director of such classics as The Stuff and Hell Up in Harlem receives the credit he deserves as a genuine filmmaking maverick in King Cohen. This is a tribute to a man who probably deserves his own film festival, as well.
10
Cultured Vultures is a pop culture website established in 2013 covering all things gaming, movies, and more. We eat your words.
All The News On The Biggest Games