10 Worst Switch Ports of All Time 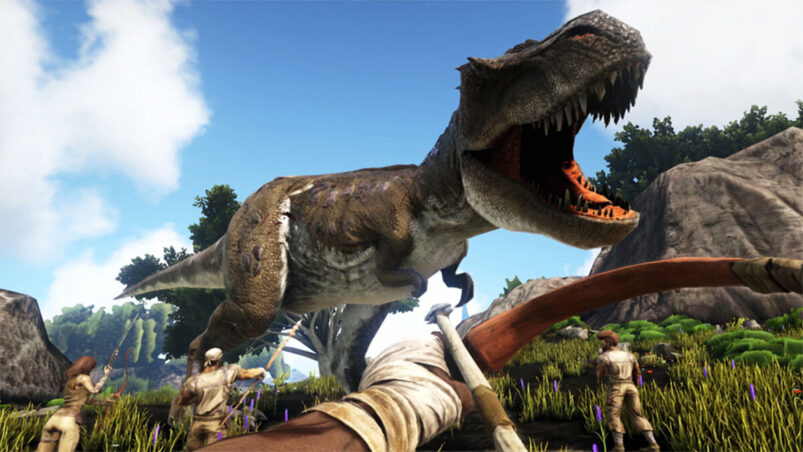 The Nintendo Switch is undoubtedly one of the most popular consoles of all time, and deservedly so. The Switch’s mix of handheld and home console works amazingly well, and the console has most seen some impressive handheld ports, including the likes of Hades, DOOM Eternal, and Disco Elysium.

However, the Switch is a handheld at its heart, albeit a decently powerful one. Due to its nature, the Switch needs to be able to run games on the go, and some games have to undergo a bit of a downgrade to make that happen. Due to this, some ports just don’t hold up on Switch, and while some of them may still be good games on other platforms, they just aren’t as good on Switch. So we’ve compiled a list of ten of the worst Switch ports that just quite frankly don’t cut the mustard.

Super Mario 64, Super Mario Sunshine and Super Mario Galaxy are three of the greatest 3D platformers ever. Considering this, you may be wondering why Super Mario 3D All-Stars has only a 82 score on Metacritic. The issue with the port isn’t that it’s necessarily bad, but that it’s frankly lazy.

Unlike the original SNES release of Super Mario All-Stars, which had graphical upgrades for all original NES titles, 3D All-Stars keeps the 3D Mario games almost exactly how they were, leading to some performance issues when playing Sunshine, and 4:3 aspect ratio when playing Mario 64.

While the package is definitely worth it, it feels a little cheap not to implement a few quality of life updates for these ageing games. A real missed opportunity.

9. Bloodstained: Ritual of the Night

Bloodstained: Ritual of the Night is the Castlevania inspired vampire-em-up that took consoles by storm back in 2019. While we are used to hearing about Kickstarter video game disasters, Bloodstained was quite the reverse. It received praise from both critics and fans, and even the Switch port received an overall decent total Metacritic score of 74.

So with such a good score, why is the Switch version so disappointing? Well, Bloodstained: Ritual of the Night on Switch is easily the worst console to purchase the game on. One of the most common complaints about Bloodstained is the amount of crashes and lag the game suffers from. Even today, after updates and patches, the game still struggles.

If you have no other way to play Bloodstained: Ritual of the Night, then pick up the Switch version, but it really is best played elsewhere.

Obsidian Entertainment are the fantastic developers behind Fallout: New Vegas, which is regarded by many Fallout fans to be the best in the series. So when Obsidian announced they were creating a new, ‘open world’ first-person RPG, fans jumped for joy. And they were right to do so: The Outer Worlds is one of the most enjoyable sci-fi RPGs of the last ten years.

However, the Switch is not the best way to enjoy this game. The Xbox/PlayStation releases easily offer better graphics and performance, as does its PC counterpart. The Switch’s textures look muddy and the performance leaves a lot to be desired.

It’s certainly not a deal breaker, and if you’ve no other way to play this gem then the Switch port will do the job. But once again it’s a port of a game that can be bought elsewhere, with better quality.

How can anyone make a bad port of Minecraft? One of the most popular games of all time, Minecraft’s popularity is derived from it being simple, yet engaging. Another reason why Minecraft is so popular is the fact it can be seemingly ported over to almost anything, with its voxel-style graphics meaning that even the most basic of systems can handle a Minecraft port. Generally, Minecraft on Switch is great, and this version received solid reviews, however it’s not the game that is the problem.

The issue with Minecraft on Switch is down to load times. Players have reported spending minutes waiting for Minecraft to load, and while years ago this wouldn’t be out of the ordinary, today it is almost unthinkable.

Mojang, developers of Minecraft, have been very good at releasing patches and improved versions of their game across many platforms.There’s no doubt that they will continue to work on these issues, but even as of a few months ago, people are still having issues.

For a start, this game should’ve been called Blair Switch, so that’s a mark against it already.

Blair Witch, the latest video game adaptation of the Blair Witch Project mythos, is a first person horror experience which hit Xbox One and PC back in 2019. While reviews were a little mixed across the board, it was the Nintendo Switch port that received the worst reception. Much like other games on this list, it was graphical issues that caused Blair Witch to struggle.

Blair Witch’s PS4, Xbox One and PC versions all look lovely, and while we didn’t expect this level of graphical enhancement on Switch, the final results were even less than expected. Blair Witch suffers from terrible pop in, with assets loading in when the player gets close to them, which in an atmospheric horror, is distracting.

Team that with generally muddy textures which have a strange, blurry quality to them, mix it with a dog that blends into said textures that the player needs to follow, and it ultimately makes Blair Switch a disappointing port.

The Switch is one of the biggest selling consoles of all time, partly because it has embraced indie gaming like no other console has, meaning that porting to the Switch is a tempting prospect for many small developers. But just because you can, doesn’t always mean you should.

Mainlining belongs to a genre that doesn’t get much attention, hacking games. Launching in the years following the release of Papers Please, it had a similar graphical style, and focussed on hacking in a cyberpunk future.

Mainlining had mostly positive reviews on Steam, and used the mouse and keyboard controls of PC gaming to replicate the feeling of hacking. However, the Switch doesn’t have a keyboard or mouse, and instead relies on an onscreen keyboard and the analogue sticks to replicate the gameplay of its PC brethren.

Sadly, it just doesn’t work on any level, and strips away the uniqueness of the game. The lack of keyboard and mouse creates too much disconnect for the player, and Mainlining misses the mark entirely.

As a company, Obsidian Entertainment is a spiritual successor to the 90s studio, Black Isle. Black Isle made several groundbreaking RPGs during the 1990s, including the likes of Baldur’s Gate and Icewind Dale. It’s apt, then, that Obsidian’s 2015 RPG, Pillars of Eternity, is a spiritual successor of those two games. It’s an RPG which features party combat, with 3D characters in pre-rendered environments really harked back to those 90s PC RPGs, and it received a lot of praise.

That praise did indeed trickle over to the Switch version, scoring an impressive 82 average on Metacritic. But you only have to look a little deeper on Metacritic to find out that it has a user score of only 2.7 out of 10.

While the classic RPG gaming translated very well to the Switch, players found themselves facing bugs and crashes, some even claiming the game to be totally broken. To make matters worse, publisher Versus Evil announced that they would be stopping support for the Switch version, leaving it as is, with bugs and all.

The WWE’s series of games haven’t had the sunniest of days since 2K Games took over the license. The most recent game, WWE 2K22, received good reviews after a two year wait. Of course it was better than the abysmally received WWE 2K20 which was dogged by bugs and glitches. These review scores pale in comparison to easily the worst version of a WWE game in recent years, the Switch port of WWE 2K18.

Sitting on a Metacritic score of only 35, WWE 2K18 was lambasted by critics for not being good enough to be released as a commercial product. The game had seen an understandable graphical downgrade from its Xbox One and PS4 counterparts, although this didn’t help 2K18’s performance. Glitches and slowdown plague 2K18, with any matches featuring more than two wrestlers, as well as entrances, causing performance issues.

Ranking worse than the likes of Backyard Wrestling, both ECW games and WCW Backstage Assault, WWE 2K18 on Switch is one of the worst wrestling games ever released.

For quite a while now, EA hasn’t been very kind to FIFA players on Nintendo consoles. Previously, the Wii and Wii U would often get inferior versions of their more powerful console cousins, and this has seemingly only grown worse on Nintendo Switch. Of course, the Switch isn’t as powerful as either Xbox Series or the PS5, but back in the old days when creating a port, it would sometimes be needed to rework games to take advantage of lesser hardware.

EA, despite their millions, hasn’t done this, and instead has continued to rerelease FIFA 18, only updating the players and teams, and calling these releases ‘Legacy Editions’. EA obviously sees the Xbox and PlayStation as the focus for their titles, and that’s understandable, as they tend to have different demographics. But EA have gone to lengths to seemingly punish players for having a Nintendo console.

FIFA 22 is merely FIFA 18 but with a ‘22’ sellotaped over the logo. It’s lazy at best, so lazy in fact that few outlets even bothered to review it. Out of the three reviews Metacritic tracked, it holds an average of 23.

There could be no other choice.

Ark: Survival Evolved doesn’t have the best reputation as a video game, especially on consoles. Other console versions have received mixed reviews, though the game does have pretty solid user reviews on Steam. Ark isn’t a stranger to controversy either, the company releasing paid DLC while the game was still unfinished and in early access, which annoyed many fans. Still, Ark has been a huge success, selling over 5 million copies on PC and Xbox One alone.

Controversy and slightly wonky reviews do not compare to the mess that Ark: Survival Evolved is on Switch. It currently sits on a woeful 29 on Metacritic, ranking it the 9th worst Switch game released to date. Reviews slate the awful graphics, with some saying they are inferior to smartphone ports of Ark. It has a full house of issues, performance problems, slowdown, pop-in and blurry texture all help to turn this unbalanced and awkward dinosaur survival game into an outright mess.

If you must play Ark, play it somewhere else. But if you have to play it on Switch, make sure you wait until the new version releasing this September that will supposedly fix all these issues, five years later.

READ NEXT: 20 Worst Video Games Of All Time