20 Worst Video Games Of All Time 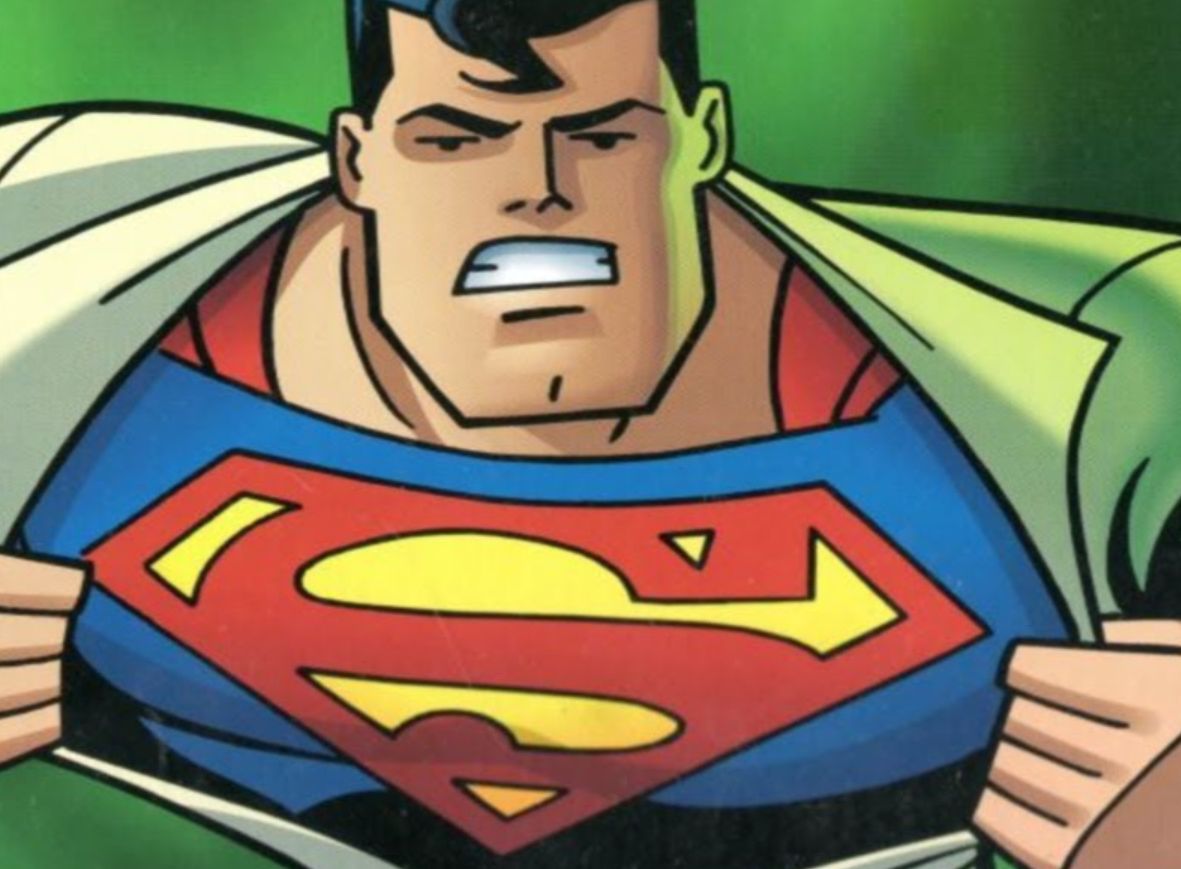 How many times have you popped in or downloaded a new game only to be disappointed by the overall product? You may play through the entire game just to get your money’s worth, but it’s certainly not a great experience.

Unless you really scrutinize each purchase, chances are you’ve been in this situation plenty; but we’re not here to talk about those minor letdowns that are fairly easy to stomach. We want to explore titles that leave us completely dumbfounded. The games that put you in a bad mood and make you wish you never got into video games. Those that are so awful you have to question whether or not there’s a joke you’re missing.

While the gaming community can be divided over games that teeter on the edge of mediocrity, it largely comes together to bash the following games. They may be awful, but if there’s one thing the worst video games are good at, it’s unifying people over their general terribleness.

The Worst Video Games Ever Made 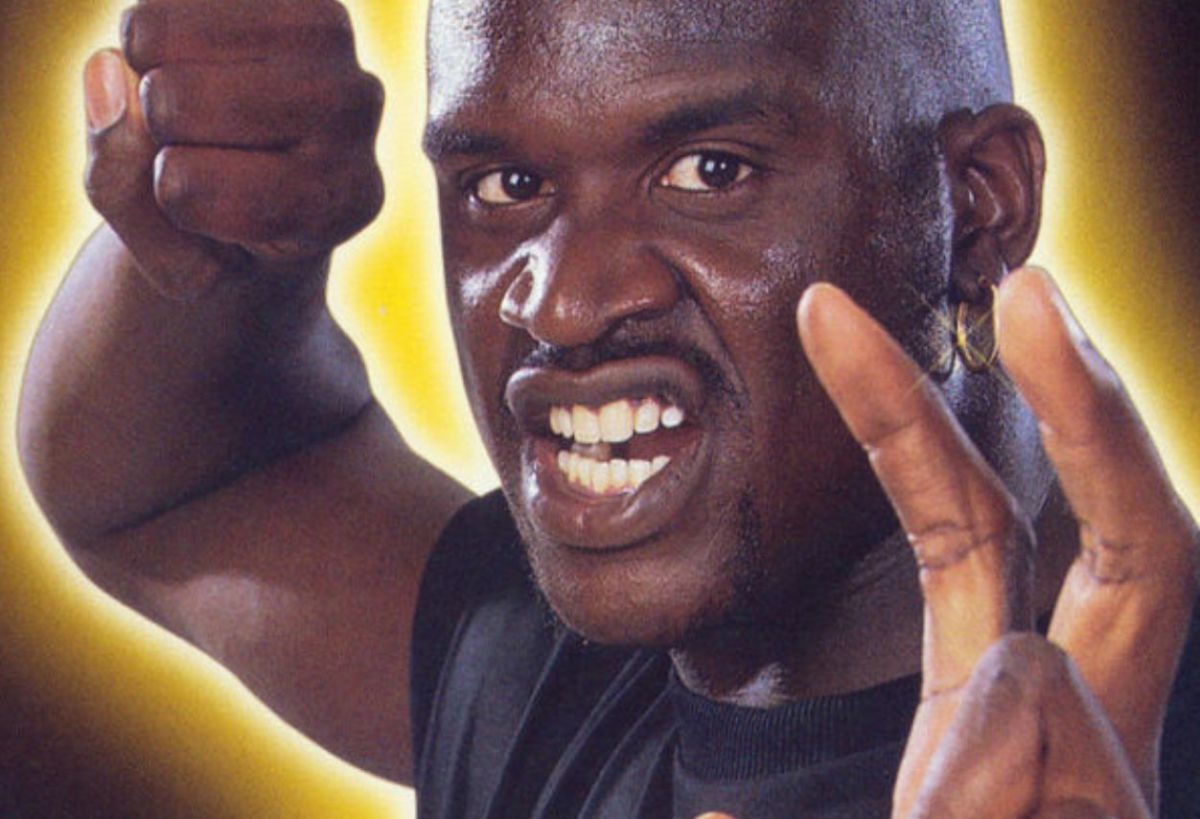 When Michael Jordan switched over to Major League Baseball, everyone lost their minds. When Shaquille O’Neal transported to another dimension to fight an evil mummy, we were intrigued. Like Jordan’s efforts, however, O’Neal’s crossover into the fighting genre proved to be a dud.

In Shaq Fu, the famed basketball star travels to Tokyo for a charity basketball game. While there, he enters a dojo and is somehow mistaken for a magical hero expected to travel to the Second World to rescue a young boy named Nezu.

It doesn’t get much cornier than that, but the zaniness of the plot is the game’s only moderate high point. Clunky fighting mechanics, lazy enemy AI, and a limited moveset sucks out all of the potential fun of fighting as Shaq. Much like his free throws, Shaq Fu was a big miss. It does, however, feature an intriguing roster of fighters and detailed arenas, but neither is enough to salvage the game. 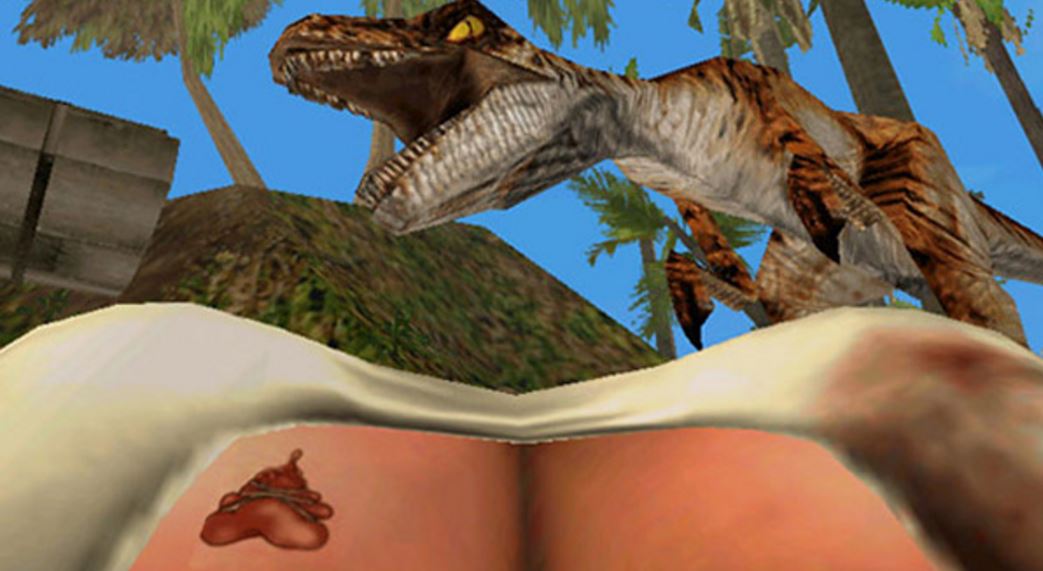 It had so much promise. An open world dinosaur adventure set in the Jurassic Park universe sounds like a dream game, but Dreamworks Interactive dropped the ball completely. Marooned on the island containing InGen’s Site B, players are promised thrilling interactions with the prehistoric beasts that roam free. Instead, they’re met with clunky controls, miserable AI, and a whole lot of empty landscapes.

Trespasser feels more like a tech demo than a complete game. Dinosaurs move as if they’re still learning how to use their legs and what could have been vibrant and lively environments are dull and barren.

Possibly the game’s most egregious act is the protagonist’s arm, which can be controlled independently. While this could have made aiming and physics puzzles more engaging, it winds up being a nightmare to master, especially as her wrist starts to turn and things go all topsy turvy. Trespasser had a great concept that was simply out of the developer’s reach. Which is a shame as Dreamworks Interactive was also responsible for one of the franchise’s best games – The Lost World. 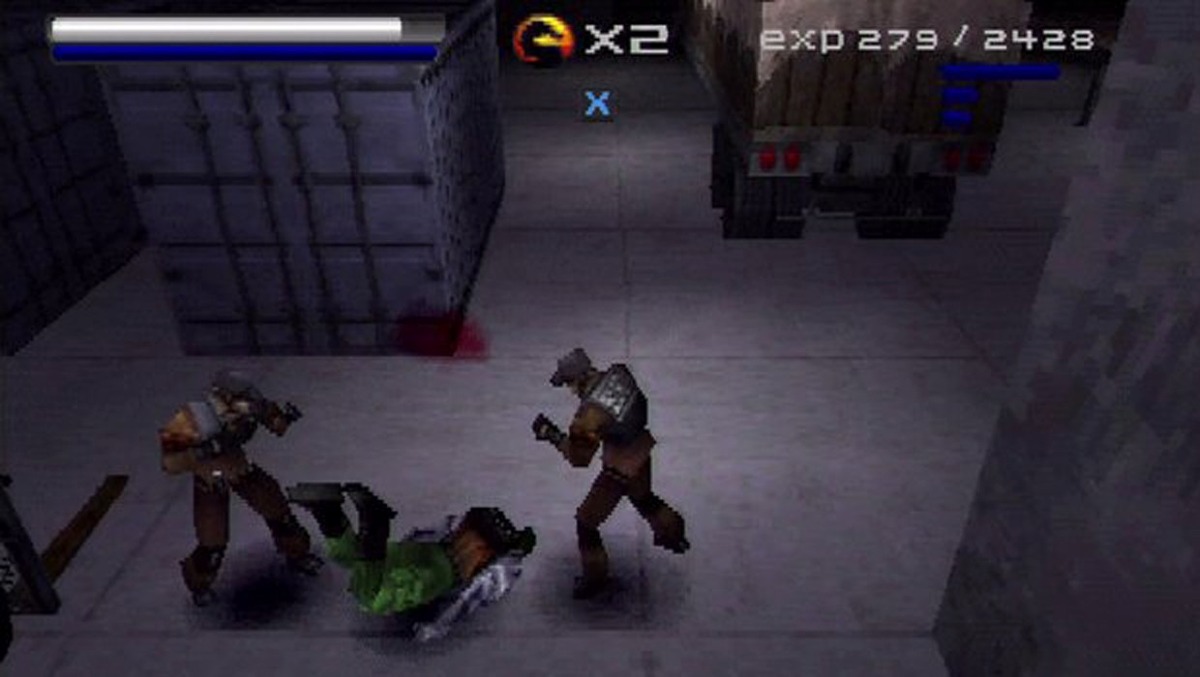 Remember the first time you played a Mortal Kombat game and immediately thought, “Oh man! I wish this were a 3D action-adventure with none of the gratuitous violence!”? It’s possible that Midway had forgotten what people loved so much about the Mortal Kombat series when it started working on Special Forces.

The game focuses entirely on Jax, pushing aside the series’ colorful roster of fighters for a generic beat ’em up with no substance. Players perform lame combos against a horde of mindless enemies to progress Jax on his quest to stop Kano and the Black Dragon gang from obtaining the Eye of Chitian.

Some may argue that Mortal Kombat Mythologies: Sub Zero is worse, but at least that garbage heap had the know-how to include more of the klassic fighters. Special Forces went so far as to create three new forgettable characters, only one of whom later appeared in a Mortal Kombat X comic book. Even Ed Boon couldn’t get behind this travesty, saying it “didn’t turn out very good at all.”

READ NEXT: The Best Hack and Slash Games of All-Time 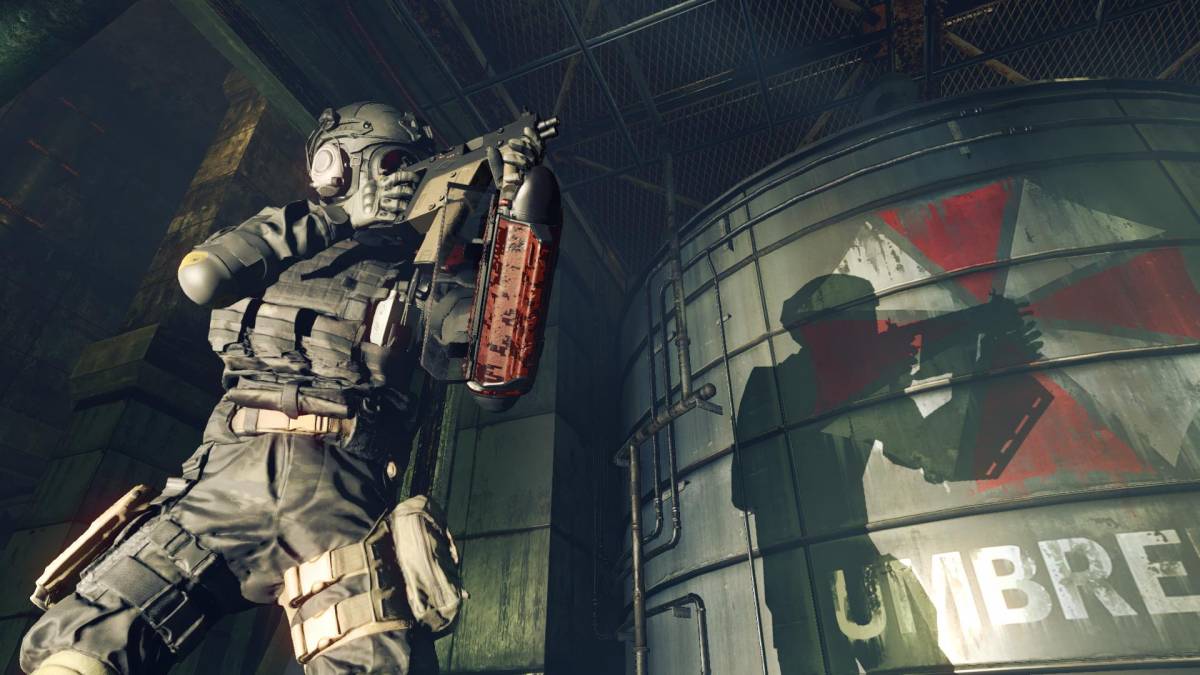 How do you alienate an entire fanbase? Start by taking its beloved franchise and turn it into something it was never meant to be. For Capcom’s Resident Evil series, that’s a competitive multiplayer shooter with a throwaway single-player mode.

Operation Raccoon City already devastated fans four years before Umbrella Corps came out, but there was at least a story that allowed for potential nostalgia. Umbrella Corps felt like a cheap knockoff that used nothing from the series outside of the Umbrella Corporation name and zombies. That’s it. No horrifying B.O.W.s to hunt you down or nods to classic Resident Evil characters, save for unconfirmed hints at HUNK and an Albert Wesker clone.

Umbrella Corps missed so many marks, from lackluster, shallow gameplay to questionable design choices. Not even a tie in to the rest of the Resident Evil games could save this generic shooter from being anything more than forgettable. 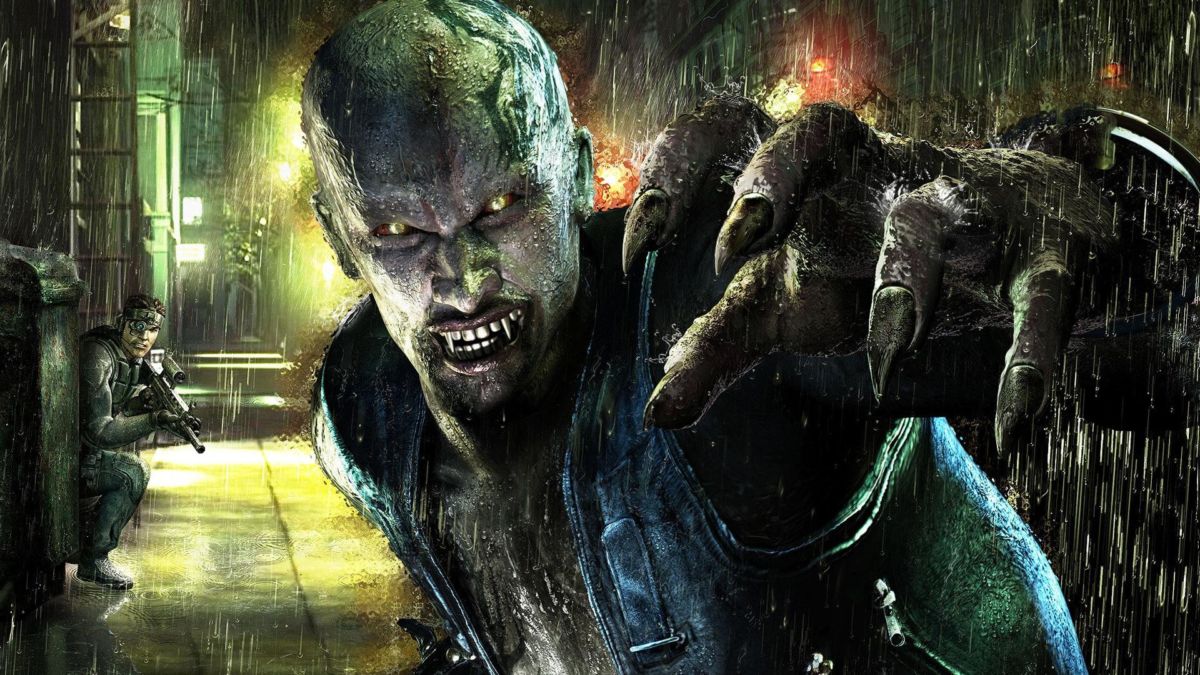 If you’re picturing vampires falling out of the sky and landing with a dull thud against car windshields and rooftops, you’re already imaging a much more entertaining scenario than having to play Vampire Rain.

As budget-Solid Snake, you sneak through a soggy world, utilizing an arsenal of lame weapons to take on the least interesting vampires in gaming history. And that’s including the bloodsuckers in The Order: 1886, who literally slept the whole game. The nightwalkers of Vampire Rain do, however, have hilariously bad animations that make them a joy to watch.

Vampire Rain tried to capitalize on the success of Metal Gear Solid and Splinter Cell, but the result is a bloody mess of a game. Bland visuals, terrible controls, broken mechanics, and frustrating stealth gameplay keep players from enjoying the one thing they purchased the game to do – slay vampires.

READ NEXT: The Best Vampire Games To Sink Your Teeth Into 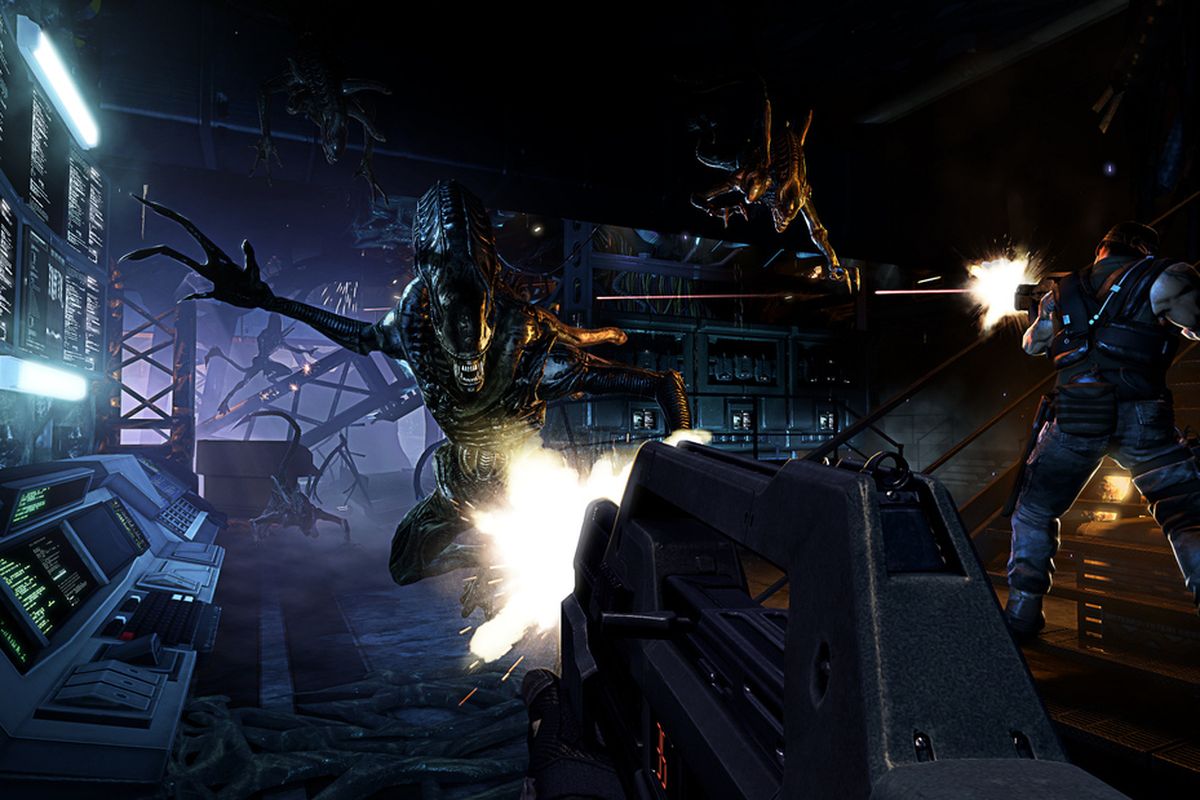 Remember when Sega promised us a really cool Alien game that put the Colonial Marines in the spotlight? The one that would require teamwork and featured building mechanics and other really fun gameplay mechanics? You may remember the skeptical optimism when the game was first featured in Game Informer’s 2008 issue and upon its first trailer in 2011. Even by today’s standards, it looked like a solid, beautiful game set in a beloved universe.

Come release in 2013, it was as if Gearbox completely scrapped the original concept several months before launch. We know by now that first-look trailers are rarely visually accurate, but the graphical degradation Colonial Marines went through was shocking – and kind of insulting.

Beyond looking like a late-PS2 release, Colonial Marines featured miserable AI, which doesn’t work when your enemy is supposed to be cunning, slick, and downright terrifying. The xenomorphs were nothing to fear as they moved sluggishly across bland environments and were a far cry from their theatrical counterparts.

From lame acting to a rushed story that retcons events in Alien 3 in the most ridiculous way, Alien: Colonial Marines was a huge letdown. Movie tie-in games are known for being bad, but the promise that Colonial Marines had somehow makes this worse than many of the awful examples out there. 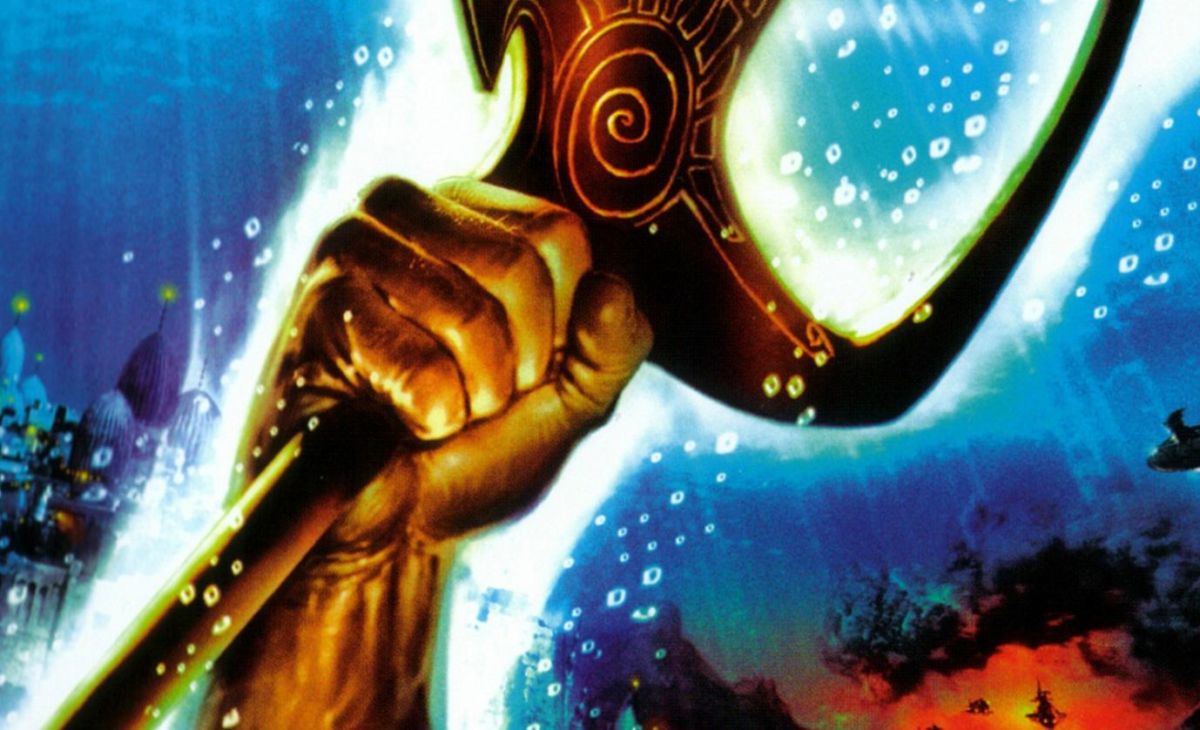 How does spending five minutes every time you want to redirect Aquaman so he can awkwardly swim through a featureless world sound? At first, travel through Atlantis may seem like a daunting task considering how large the world looks, but don’t worry – Lucky Chicken were sure to throw up a bounty of invisible walls to guide you most inconveniently.

Terrible navigation aside, Aquaman: Battle for Atlantis tries to be a suitable superhero beat ‘em up, but it fails in the core component of those titles: the combat. Aquaman may have a list of combos you can execute, but every fight seems to dissolve into a series of awkward punches. Tired of hand-to-hand combat? Don’t worry, Aquaman has a selection of special powers that look as lame as they sound, like summoning a sole dolphin or hammerhead shark to take care of a single baddy.

The story unfolds in poorly rendered comic book panels that, instead of borrowing an actual art style from the comic series, use the game’s ugly visuals and the same circular dialogue bubble. It all comes together to show just how little Lucky Chicken Studios cared about appealing to Aquaman’s fans. 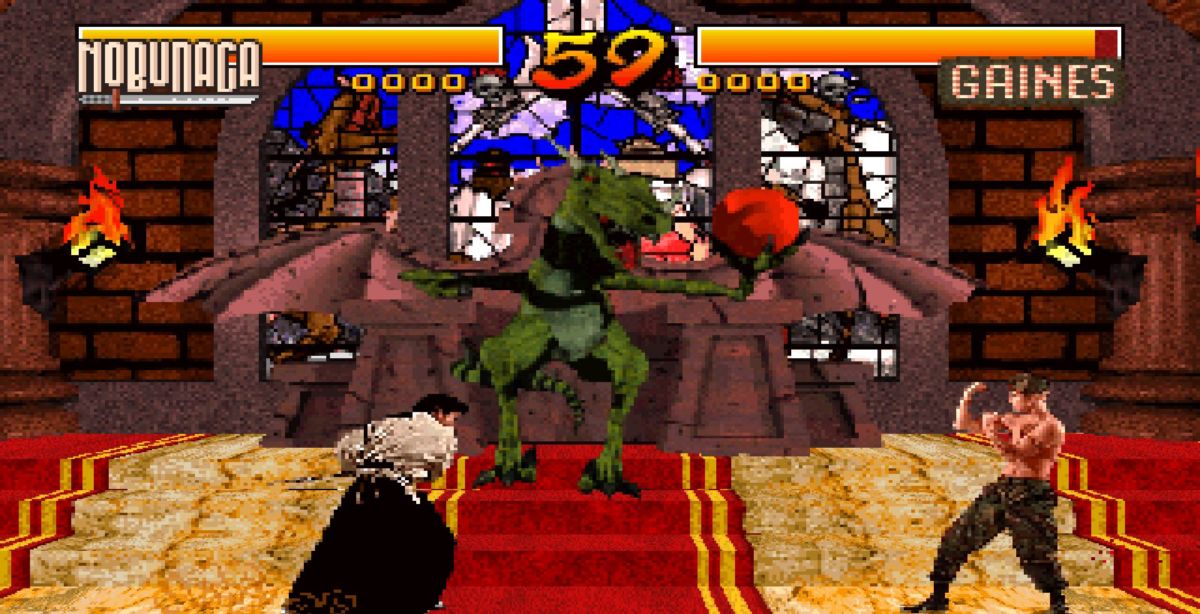 Few games can do what Mortal Kombat does so well. Which is weird, because the original fighter wasn’t some amazing technical feat when it launched. It just so happen to hit the formula properly to launch a successful franchise. Wanting to get in on Midway’s success was Naughty Dog, a studio that was two years away from churning out a blockbuster hit.

Naughty Dog do get kudos for using White Zombie’s La Secorcisto: Devil Music Volume One as the game’s score, but that far from makes up for its dozens of other pitfalls. 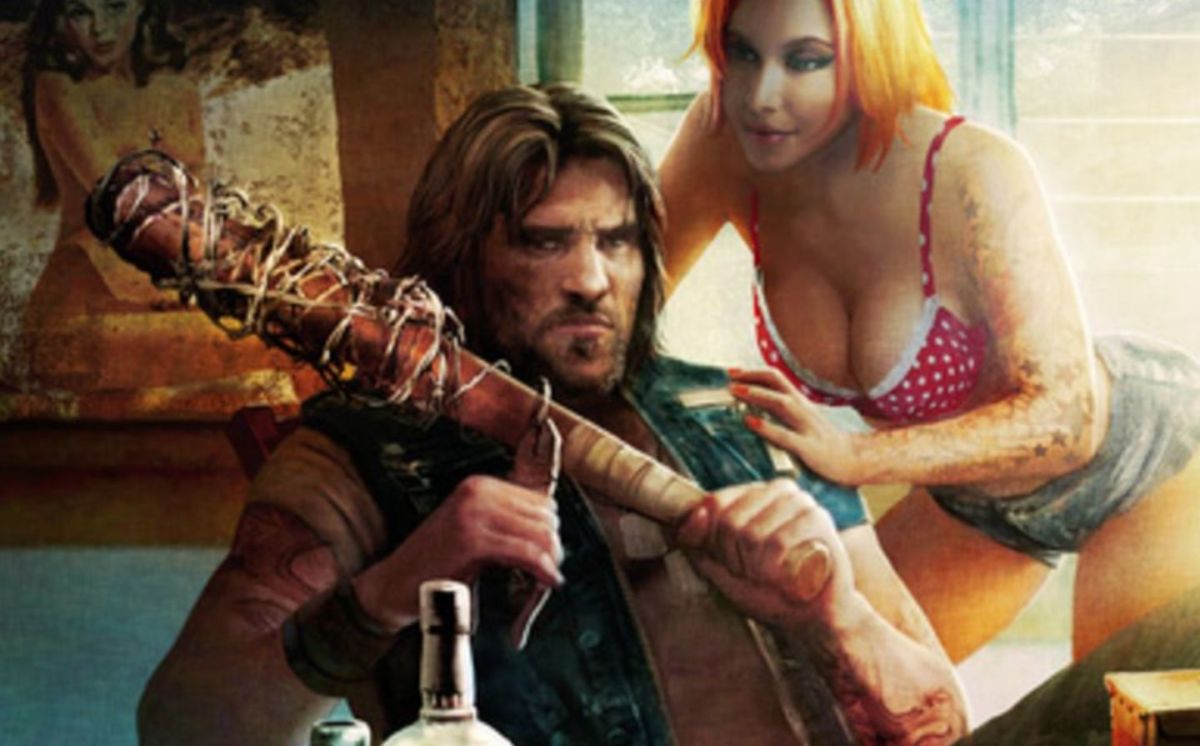 Where does one start with Ride to Hell: Retribution? Maybe with the awful title, which also partially describes the development process of this playable trash heap. Or do we criticize the unpolished graphics, MS Paint blood splatters, deformed character models, and sleepy voice acting?

Ride to Hell is the kind of game journalists dread writing about because there are so many negative points to touch on that it’s just plain depressing to get through.

Eutechnyx is known for creating a host of subpar racing titles, including the NASCAR series, Big Mutha Truckers, 007 Racing, and Cartoon Network Racing. With Ride to Hell, it continues to show the development team has no handle on how to make driving fun. Every aspect of Retribution is a chore, but the driving segments are monotonous and tedious.

To round things off, combat is nothing more than button mashing to perform the same series of punches, kicks, and blocks. For whatever reason, whenever a hit lands, it sounds like someone’s getting slapped with a wet fish. Come to think of it, that may be the best part of this literal “ride to hell.” 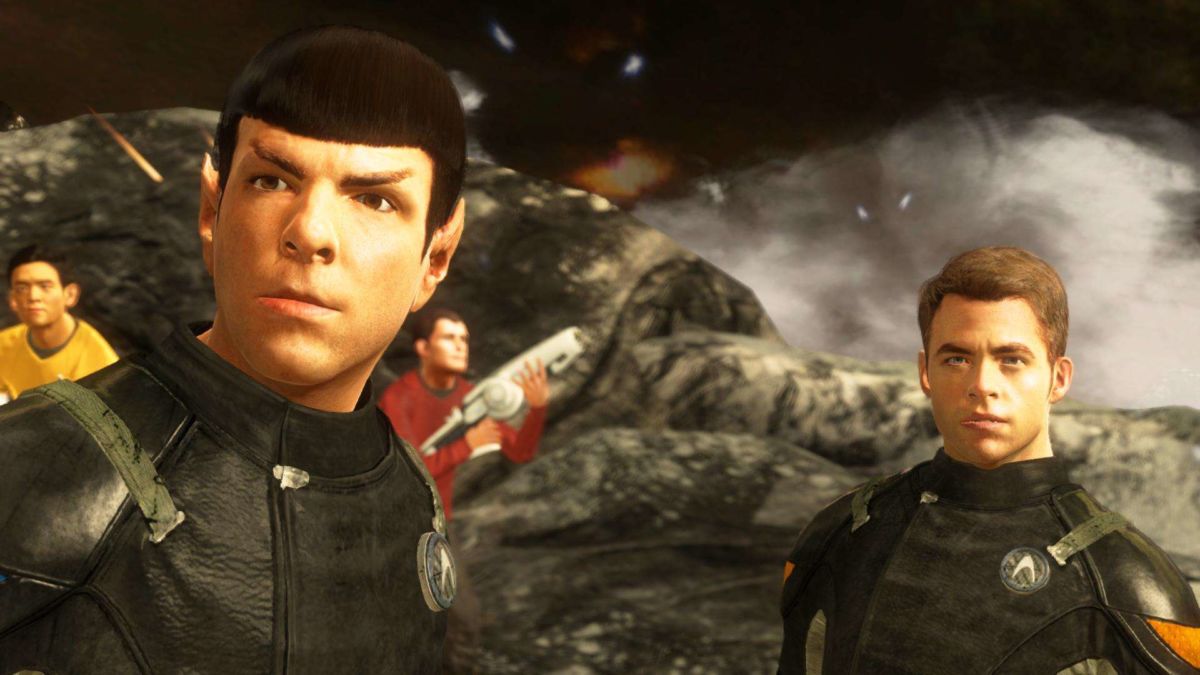 Regardless of which side of the divide you stand on for the new Star Trek movie series, chances are you’ll come together to bash the critically panned tie-in video game.

Poor Chris Pine and Zachary Quinto likely didn’t know their voices and likenesses would be used for a game that was riddled with bugs, level and object clipping, miserable writing, an uninspired story, and even more bugs. Star Trek was clearly unfinished when it was released and even featured a fun glitch where some enemies became invincible.

If you ever wanted to know what it’s like to be a QA tester, just play Star Trek and write down every bug you come across. You’re essentially paying to test the game for Digital Extremes, the developer who somehow had a hand in creating the Unreal Tournament games through 2004, as well as The Darkness II, and Dark Sector. You know, games that range from really good to playable and fun.

To call Star Trek a mess would be a compliment — its redeeming qualities stop and end with the fact that you can turn it off and walk away.