16 Best Vampire Games To Sink Your Teeth Into

Listen to them, the children of the night. What fun video games they make.

On the scale of scariest monsters, vampires probably rank pretty low. We’re so used to seeing them as pale-faced, metrosexual men that it’s so easy to forget that beneath that pretty exterior lies a bloodthirsty horror. As these best vampire games remind us, no matter their appearance, a vampire is a danger to anyone with a pulse.

From classics to games you probably didn’t even know existed, we’ve compiled the best games themed around bloodsuckers. Filling the role of protagonist and antagonist, vampires are far more complex than many of their undead brethren, which often leads to a game heavy in lore, exposition, and mythology.

You know how there are dozens of different zombie games out there? Well, it’s not quite like that for vampires. For every ten games there are of the rotting undead, there may be 1/8th of a vampire game, even with counting the entire Castlevania series. Here, then, are the best vampire games you can sink your teeth into. 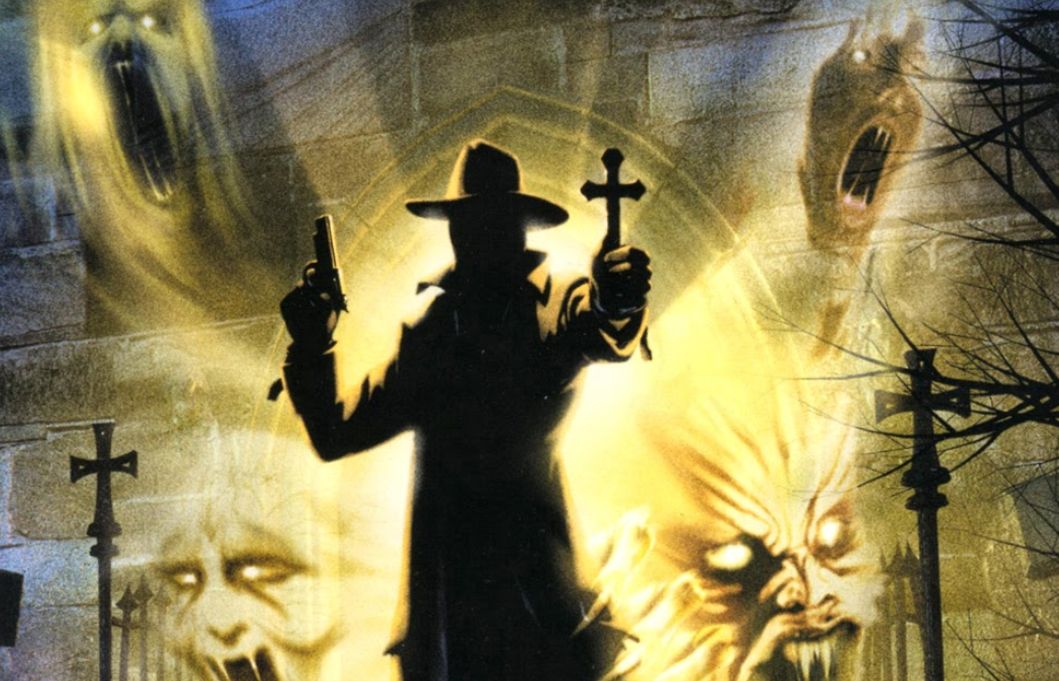 Enter the world of Spookhouse, a secret agency that deals with the deadly things that go bump in the night. As the Stranger, players are sent out to explore the world beyond our own, where fanged beasts and supernatural horrors await. Though Nocturne isn’t strictly a vampire game, its first act, which has close ties to a future Terminal Reality game, is all about the blood-sucking undead.

“Dark Reign of the Vampire King” introduces elements later featured in BloodRayne and sends the Stranger on a mission to retrieve a mysterious artifact. Unfortunately, it’s contained within a German castle occupied by vampires. Utilizing an arsenal of weapons designed for some vampire-slaying action, the Stranger treks into the depths of the castle alongside fellow agent Svetlana Lupescu, a Dhampir.

There are many horror elements to Nocturne, but that first act is the vampire experience you’re looking for. 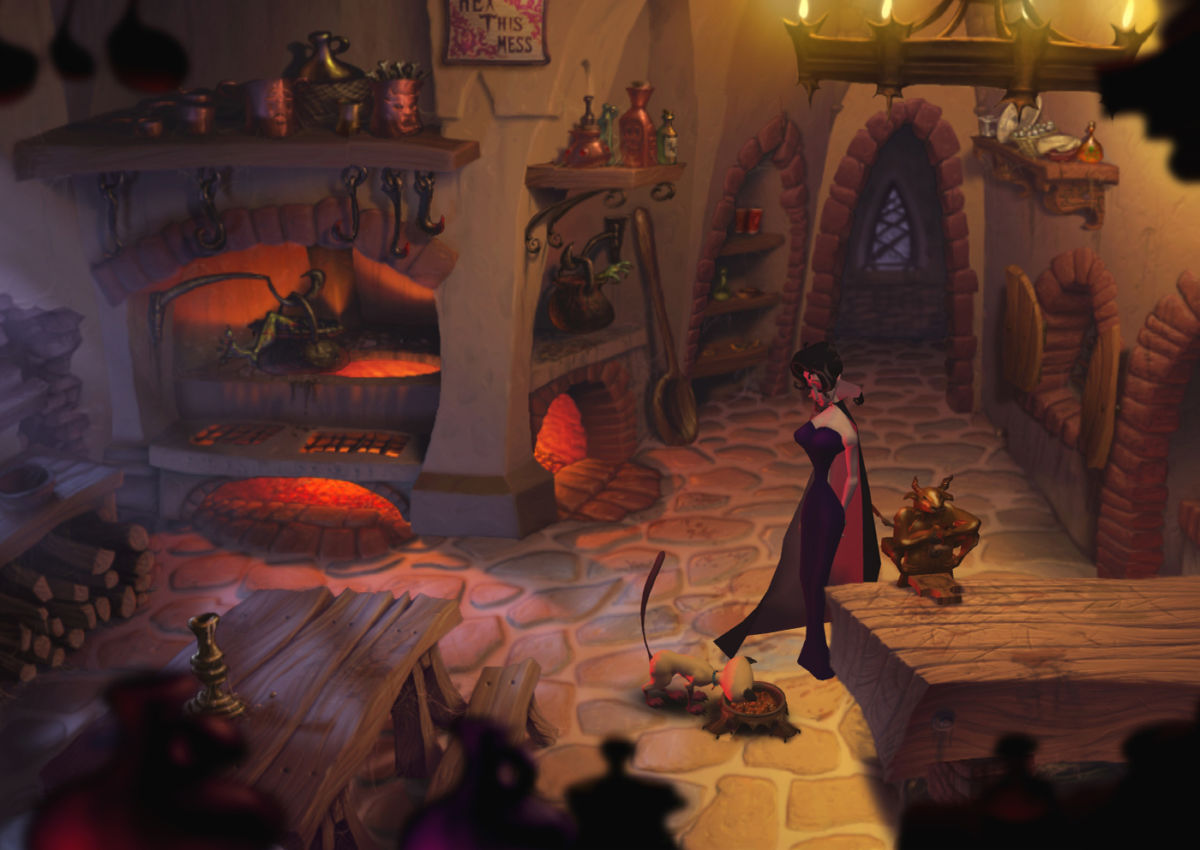 Built in the style of games like The Curse of Monkey Island, A Vampyre Story sends players on a quirky tale of obsession as Mona De Lafitte. The talented Parisian opera student catches the eye of a pitiful vampire, who captures her and turns her into a vampire. For Mona, it’s a life-changing event that she refuses to let stand in the way of fulfilling her dream of becoming a famed opera singer.

In A Vampyre Story, players guide Mona in a point-and-click adventure as she tries to find her way out of the expansive castle. There is plenty that stands in Mona’s way, but nothing as bothersome as her new affliction.

The world is vibrant and full of fascinating characters that help bring to life a delightful vampire game full of puzzles, difficult decisions, and fun vampiric powers.

14. Nosferatu: The Wrath of Malachi 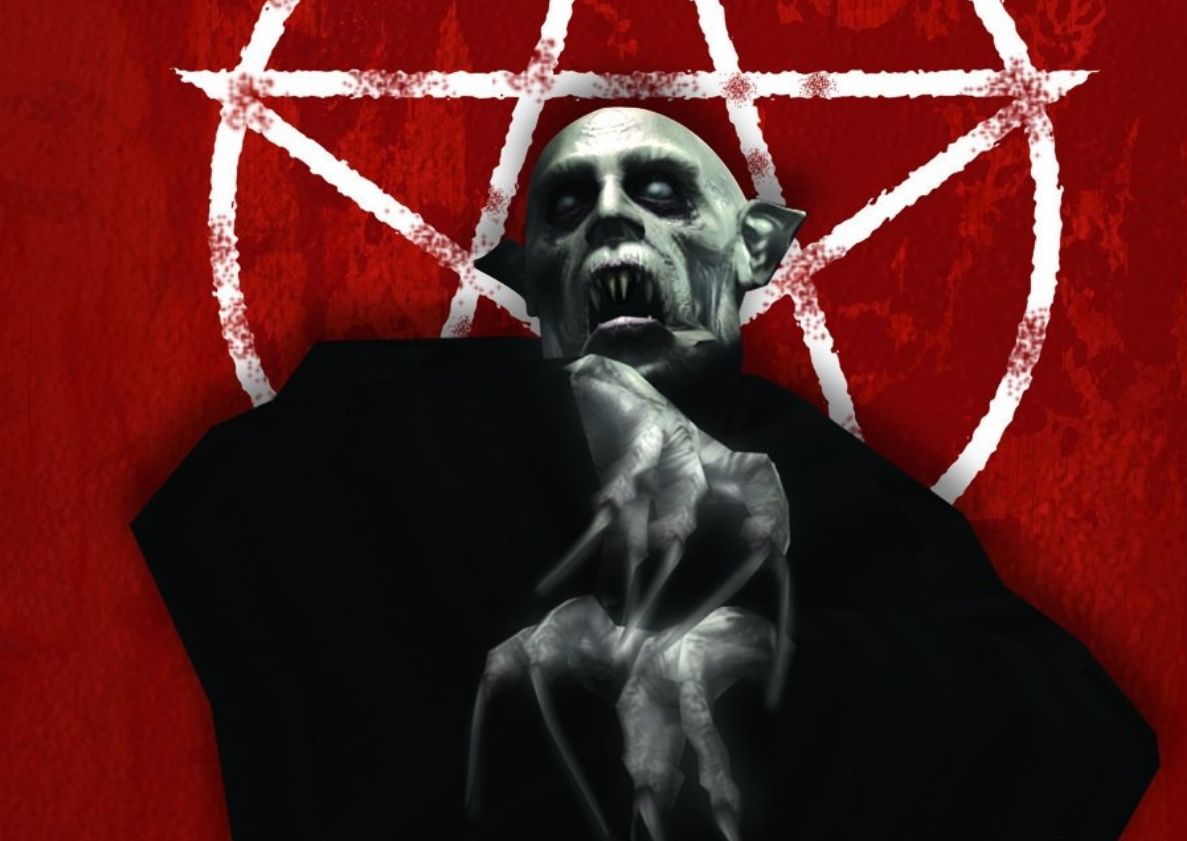 In 1922, F. W. Murnau brought a blood-sucking legend to life in the silent film Nosferatu: A Symphony of Horror. Though it was based on Bram Stoker’s Dracula, which released in 1897, Nosferatu became its own creature. Nosferatu: The Wrath of Malachi pulls inspiration from Murnau and Stoker’s iterations of the undead count and pits players in the role of an original character, James Patterson, who finds himself trapped within the halls of Castle Malachi.

Though he arrived to celebrate his sister’s wedding, James becomes the only person that can stop the fiendish Romanian Count, that’s modeled after Nosferatu’s Count Orlok, from summoning the powerful Lord Malachi. Nosferatu deviates quite a bit from the source material it’s based on, but many vampiric villains await. Equipped with a sword, a cross, wooden stakes, and other vampire-killing tools, James treks deeper into Malachi to put a stop to the count.

Nosferatu: The Wrath of Malachi isn’t an incredibly polished first-person shooter, but it does vampires well, and that’s really why we’re here. 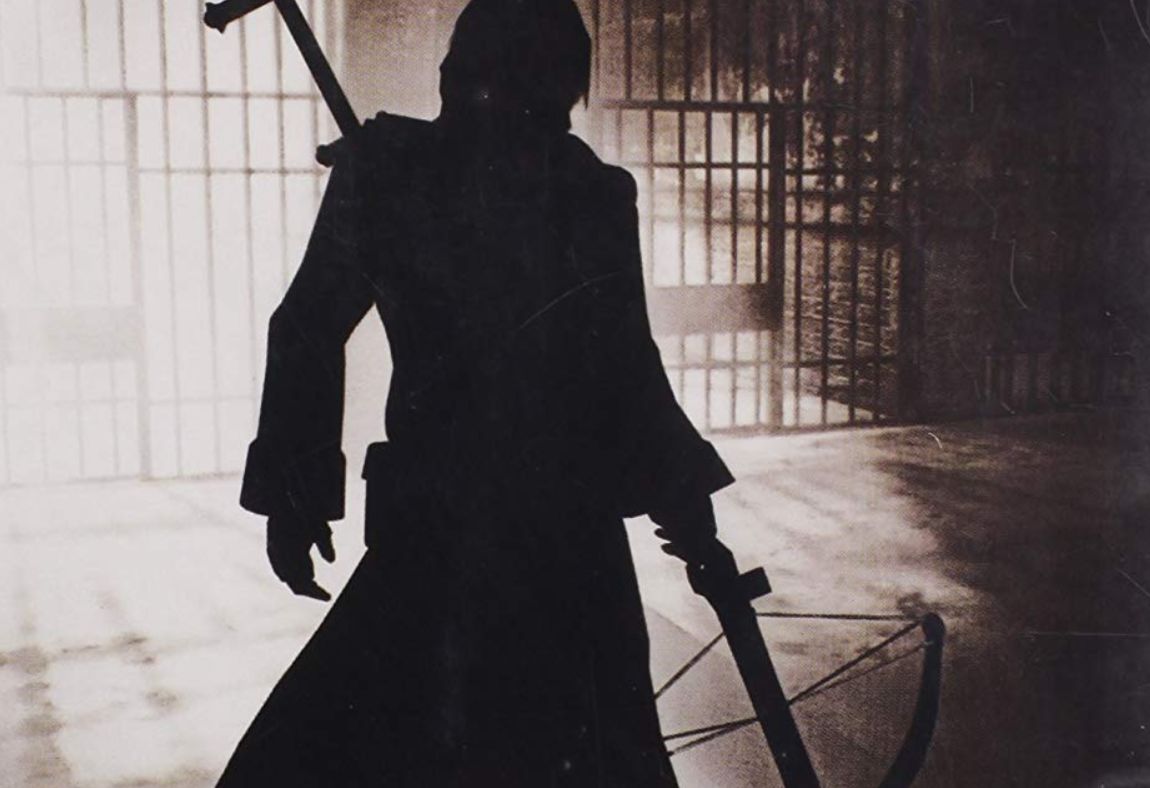 Based on the once-popular tabletop RPG, The Reckoning allows players to enter the World of Darkness, a gothic, monster-ridden version of our own universe. When the vengeful spirits executed at the vampire-run Ashcroft Penitentiary are let loose on the neighboring town, a quartet of hunters originally responsible for sealing the evil away returns. This time, armed to the teeth.

Players control one of the four hunters, each featuring their own stats and attributes. Wielding shotguns, chainsaws, swords, and all manner of weapons, the hunters cut through the undead on their quest to slay the vampiric warden of the penitentiary and restore peace to ashcroft.

Hunter: The Reckoning takes players through a variety of environments to fight through the horde of evil that threatens the small town. 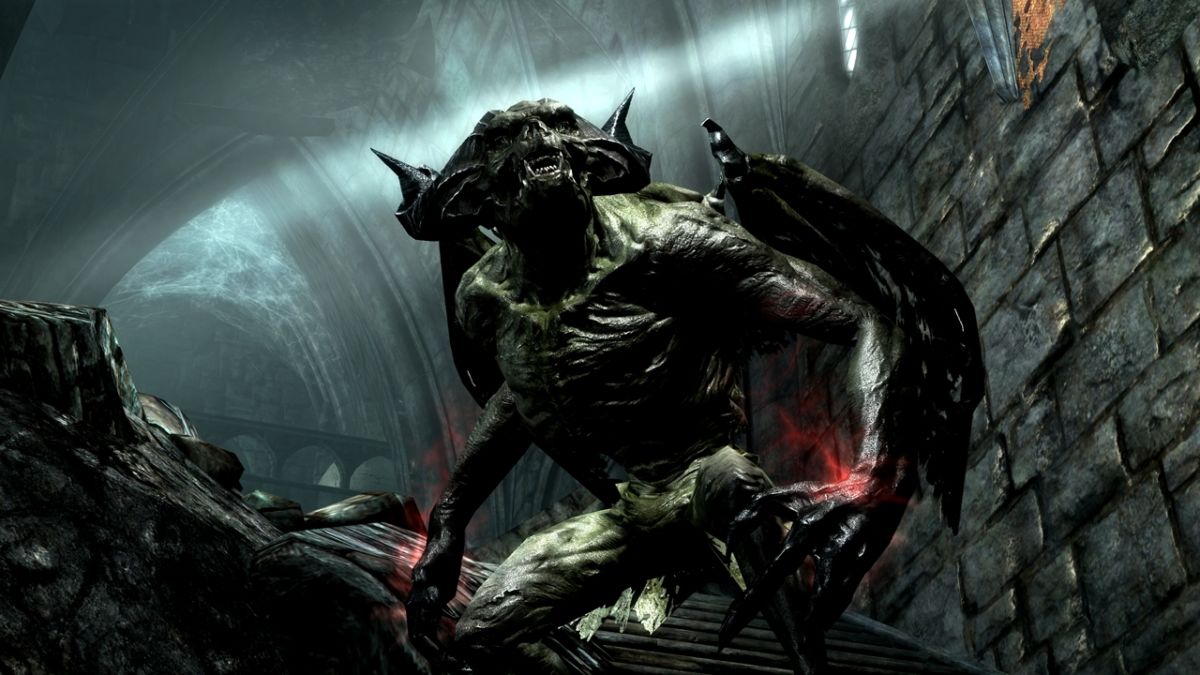 There are many horrors lurking in the lands of Skyrim, and Dawnguard shines a light on the clans of vampires that threaten its citizens. In this DLC add-on, players choose to play as a vampire or join the Dawnguard to eradicate the undead foe.

At the core of Dawnguard’s story is the titular vampire-hunting organization, who sets out to put an end to the dangerous Volkihar Clan. When players make the choice to join the hunt or be on the other side of it, they’re treated to two entirely different experiences. One opens up abilities only available to the vampires of Skyrim, the other introduces a host of new armors and weapons that help take down the Dawnguard’s blood-sucking villains.

Dawnguard features new locations, new perks, two worldspaces, a new realm, and quite a bit more content, including legendary dragons and new dragon shouts. Sounds like it’s time to boot up Skyrim again and sink in another umpteen hours for the perfect vampire game. 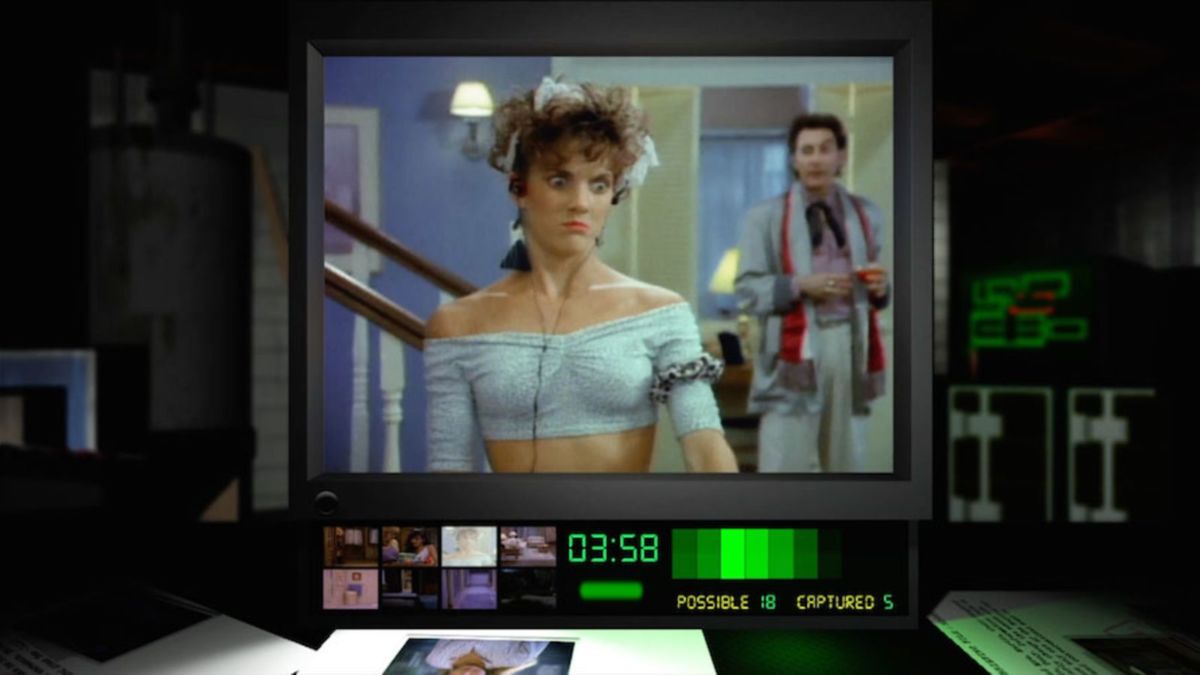 If you play Night Trap today, you may be shocked to learn that it once was considered controversial. It may also come as a surprise that the vaudevillian Foot Clan that serves as the main antagonists are actually Augers, or vampiric underlings named for the tool they use to drill into their victim’s necks.

Night Trap is a campy classic that uses live-action actors and actresses to tell a very goofy, but still charming, story. Though Augers are the main threat in the Martin winery estate, classic, two-fanged bloodsuckers also make the occasional appearance and engage in their usual nefarious deeds.

Night Trap plays out as an interactive movie where players are part of the Sega Control Attack Team (S.C.A.T.) – a name I’m sure someone regrets today – and must rescue the hapless victims from traps, vampires, and vampire traps. Night Trap is as hokey as you’d expect and fits in perfectly with off-brand 80s slasher movies, which is why it’s such a fun experience to play through today.

Its gameplay may not have aged well, but it’s an undeniable classic that, thankfully, is available on all current consoles.