Bloodstained: Ritual of the Night (PC) REVIEW – A Ritual Worth Taking Part In

The night calls for heroes to embark on an entertaining adventure that embraces its old school roots. 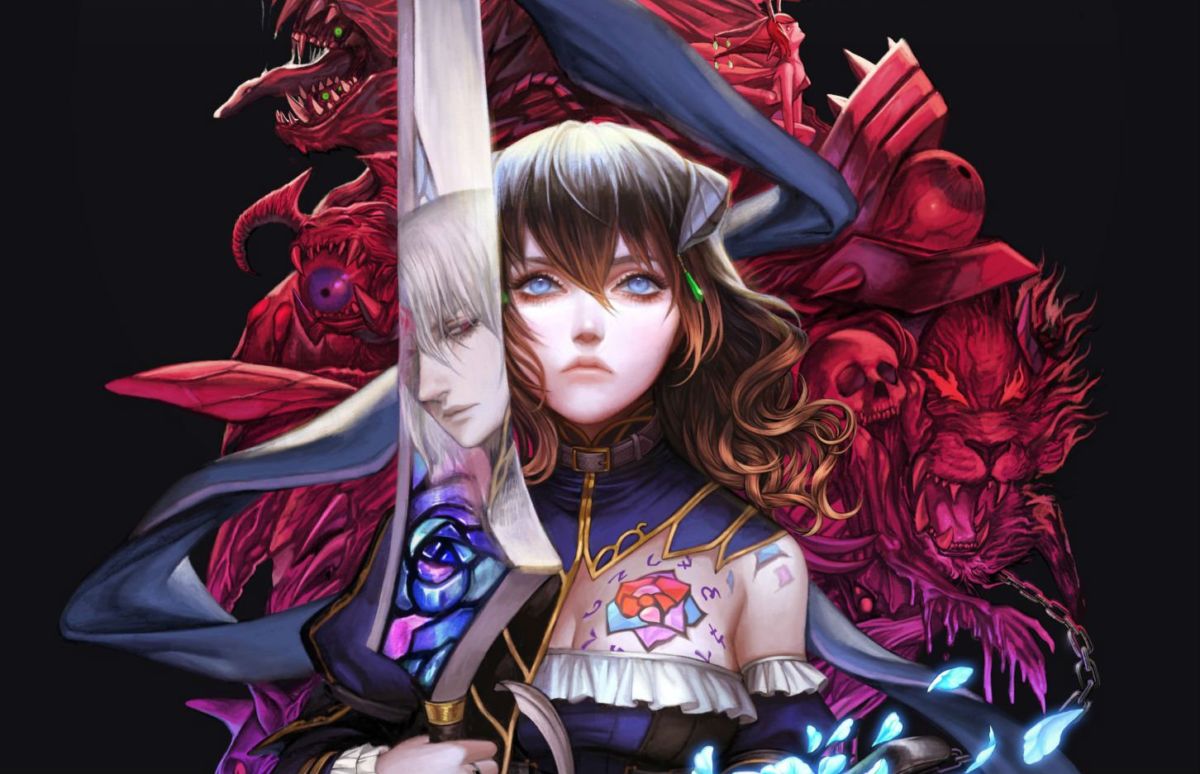 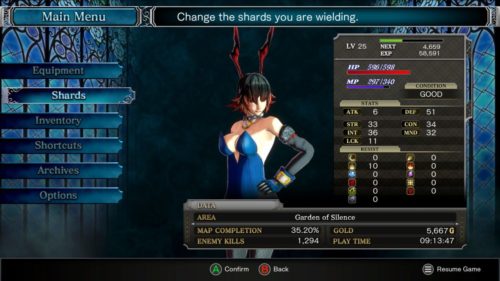 Over the course of its much-publicized development, I largely ignored Bloodstained: Ritual of the Night. I felt that that was warranted as I later heard about its troubled infancy. I doubted, unsure if it would ever see the light of day or be close to what everyone was hoping for. Even after installing it and seeing the game in action, I kept waiting for the other shoe to drop. Could it be real?

In many ways, Bloodstained feels like a summer vacation castle offering respite in a nostalgia-laced home away from home; a brief step outside of modern gaming for those that want to remember playing Symphony of the Night. I played on PC, but hooking up my PS4 controller was the right choice, as holding it and going through the labyrinth immediately sent me back to my time playing the aforementioned Castlevania in high school. 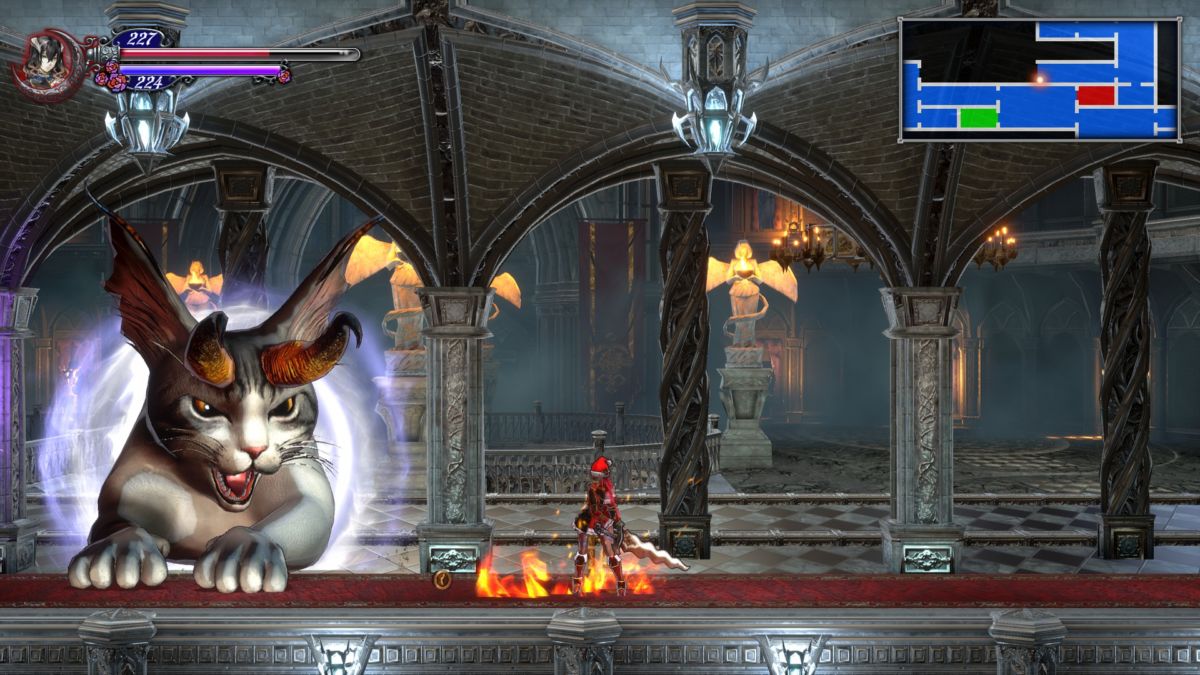 Bloodstained: Ritual of the Night’s story is simply fine, but not memorable. It has that standard anime feel where I understand it but feel it might be hard to explain to someone who isn’t used to those types of narratives. The player takes on the role of Miriam, an orphan who was taken and turned into a weapon known as a Shardbinder. The alchemists who gave her these abilities exposed her to demonic energies that caused her skin to crystalize. The Alchemists’ Guild grew greedy and brought about destruction, as well as the minions of Hell, while Miriam fell into an unnatural slumber for ten years. Now she is awake and must stop her former allies inside a summoned demonic castle.

Ritual of the Night’s story could easily be adjacent to or tweaked to fit in the source material Bloodstained is mimicking. Some of the NPCs can be a little too chatty with the world-building and extra exposition at times, but it is nice to see some thought was put into the universe. My biggest complaint may be the bad guys, especially Gebel, who is tough to take seriously when his name is pronounced /Gee-Bull/. 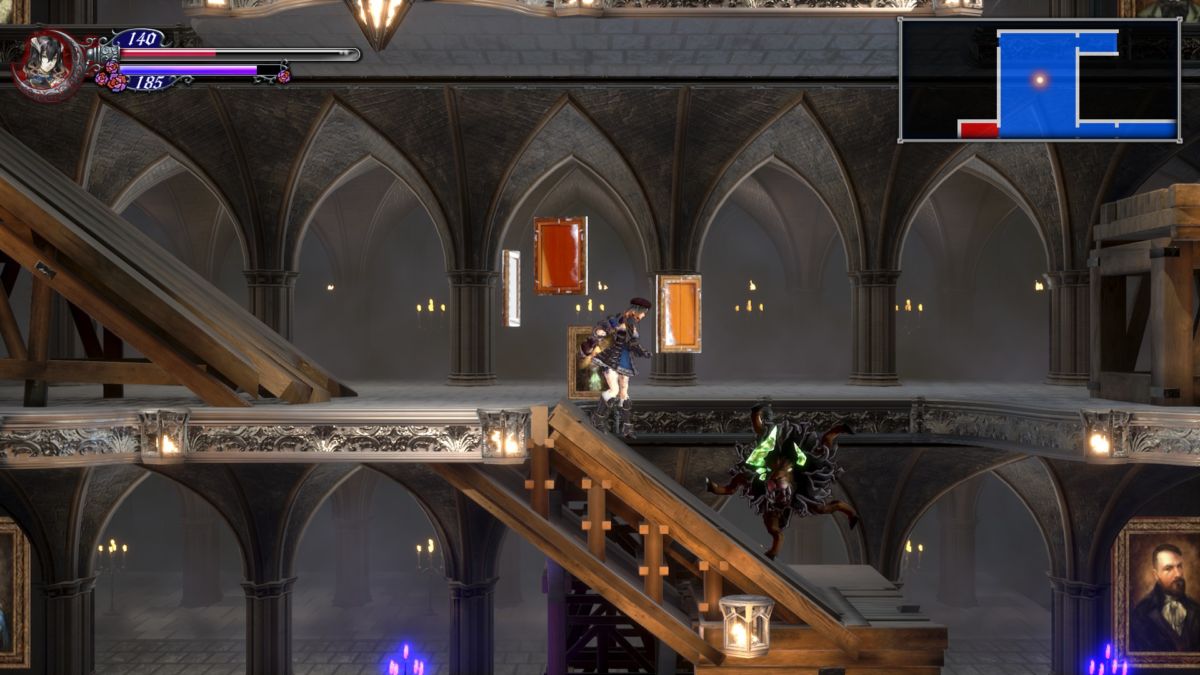 The voice acting makes this a bit easier to swallow. The main roles do a decent job and most of the others are serviceable, minus a few questionable accents. The soundtrack is lively and enchanting, but it almost had to be with the comparisons fans are going to draw here. I will be listening to these tunes outside of the game.

Even if the audio side wasn’t so pleasing, the game looks fantastic visually. The sprites are well-done but I think the backgrounds steal the show, with some areas that are simply striking. Each new screen pushes the mood in its own way and the designers mastered their aesthetic. I love the colors and small stylistic touches that kept me finding new things to love. I know there were some complaints about changes to the art, but that didn’t bother me. 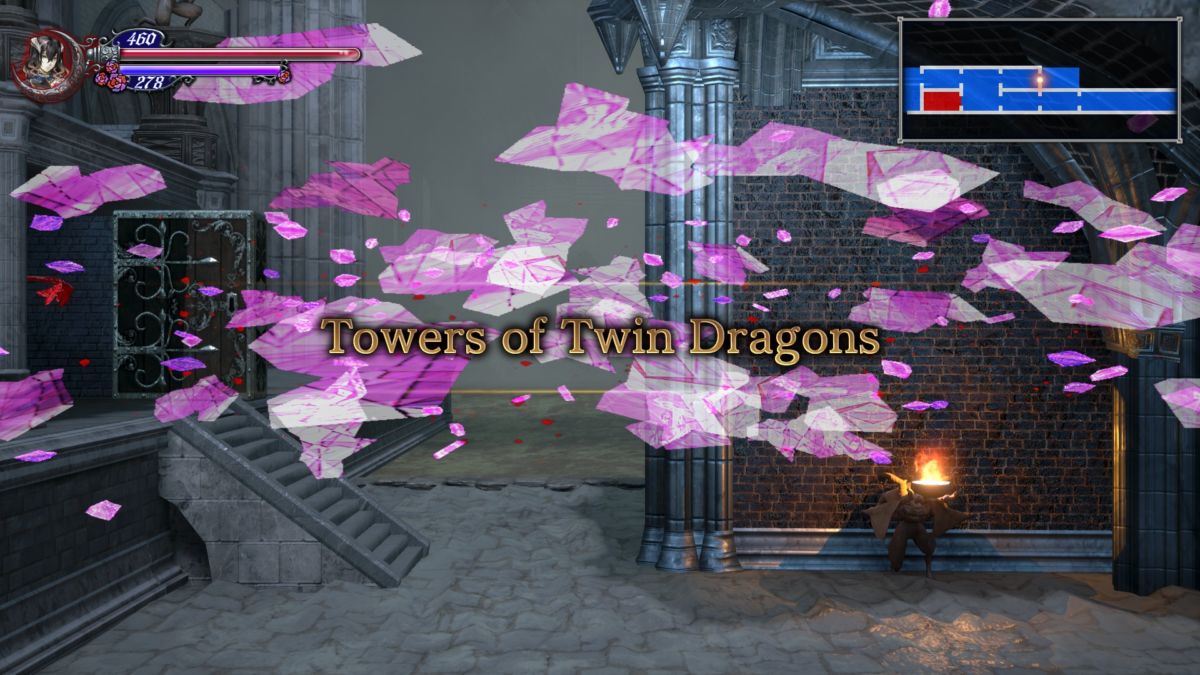 My only complaint about the appearance would be some design choices for a few of the enemies. Many of them look so cool or feel at home in these haunted hallways, but then I fight a giant dog head, though not a fierce looking one, rather like a cute smaller breed. There are also the cats that come out of portals to bat at players and knockoff Shovel Knight foes. Some of these encounters took me out of the moment now-and-again.

Fighting these enemies is fun. They start off in small numbers and increase, but they will multiply soon to combat how much more powerful the player becomes. Some are laughable with the right weapon. I liked the bosses even if only a few of them were actually challenging or took more than a couple of attempts to beat. Once their patterns are learned—or in many cases a cheap way to deal with them—there is little challenge. The game as a whole isn’t difficult. That doesn’t mean I didn’t die several times, but I never truly felt stuck on something. One time in particular I got too cocky and bit it, but forgot to save so I lost three hours of progress.That was like the game laughing at my hubris. 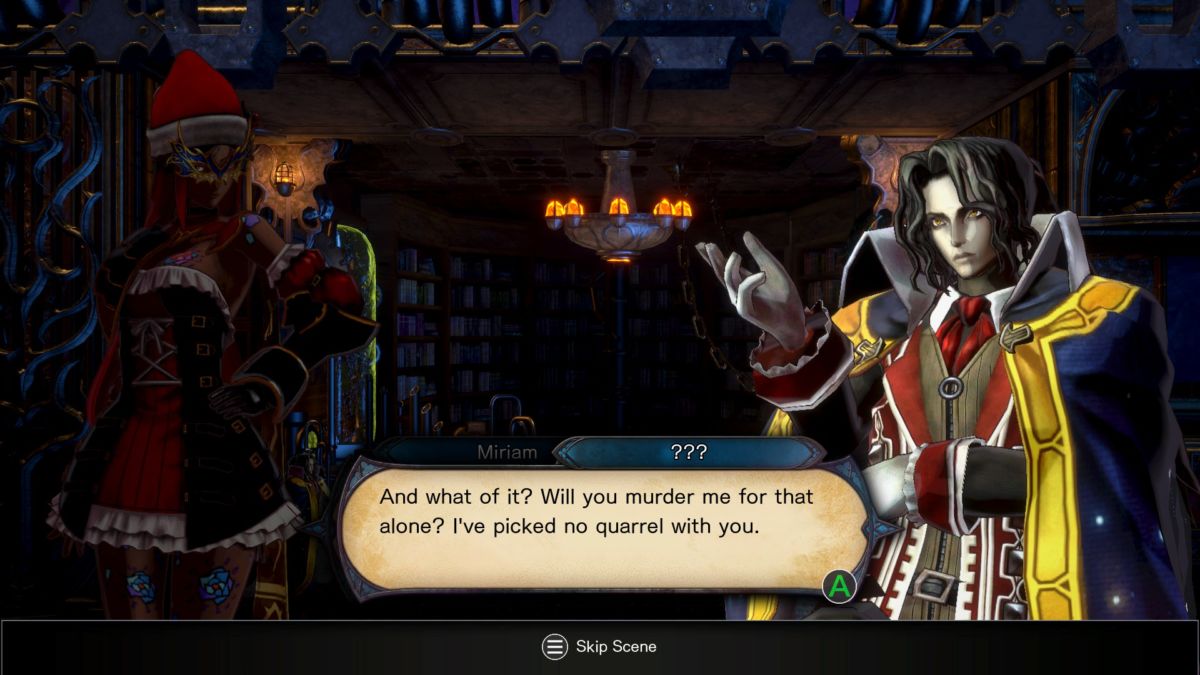 The worst part is touching enemies and getting caught in their movement cycles, which can result in constant damage if not careful. It can be easy to get hung up on parts of the stage and take a lot more off the life bar. Thankfully, the controls feel comfortable and responsive, at least with my preferred controller. It’s easy to manage jumps and backing up to avoid powerful attacks.

Moving around the castle itself can be an issue at times. Even though it is a major part of the genre, the backtracking is less fun when the map is confusing. It is shown in a classic style but can be a bit tough as someone with visual impairments. It’s not impossible to navigate, but it sure is a pain to stare at for any length of time. Some vital information can be hard to locate as well, especially without a proper legend. There is a little guesswork involved, but this may not bother some people. 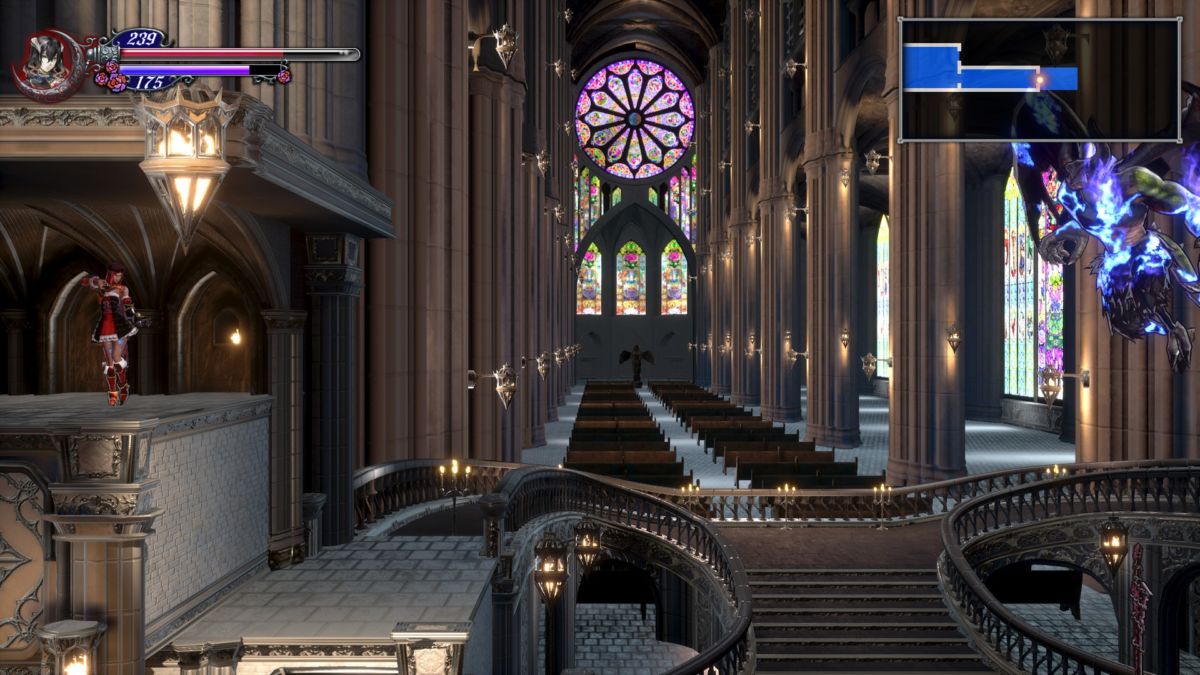 I do enjoy how the stages flow together and how a few of them change slightly. The opening area is a galleon called Minerva that starts out on the high seas, but after the boss is beaten it crashes on shore so that players can go back to explore it at their leisure, connecting it to the rest of the zones. This makes the world feel more connected and thought out, instead of just having the player teleport back there or cutting it off completely.

Leveling up feels great and obtaining new gear makes a difference. Bloodstained offers character versatility in how each player wants to stack stats or approach fights. I used a lot of defensive shards and opted for low magic point items that could be spammed, making me harder to kill where I could zone out a bit while grinding. My next playthrough will be different, though. 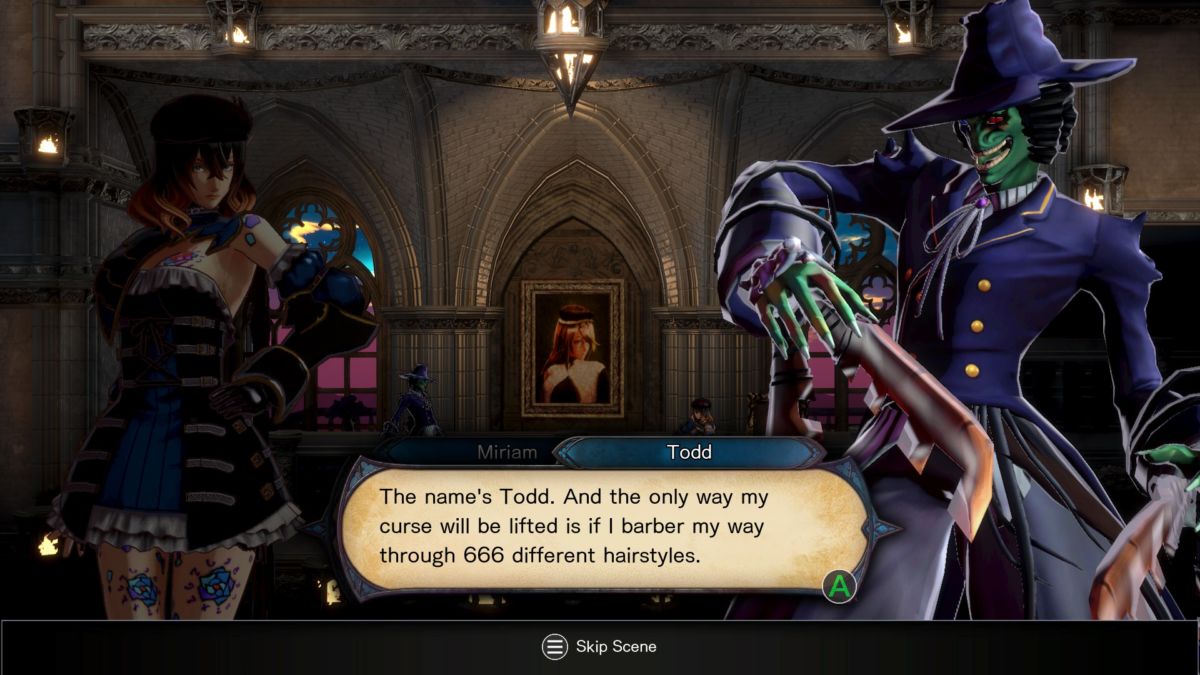 Alterations can be made Miriam’s appearance as well, with various items changing certain items of clothing, mostly with the head. There is, in fact, a demonic barber named Todd (I see what you did there) who can help with changing hair, eye color, and dying clothes. Not sure how much all of that was needed, but I’m sure someone appreciates it.

Bloodstained is an enjoyable experience that still feels slightly undercooked, even after all this time. I had some issues with the game freezing on me, a good bit of clipping, sounds not coming through or responding properly, and there was that one time my character simply didn’t have a head. The game also wouldn’t recognize my DLC a couple of times, which wouldn’t be a big deal except that I couldn’t load my save file without it. Thankfully, a quick reinstall of the extra content fixed the problem. 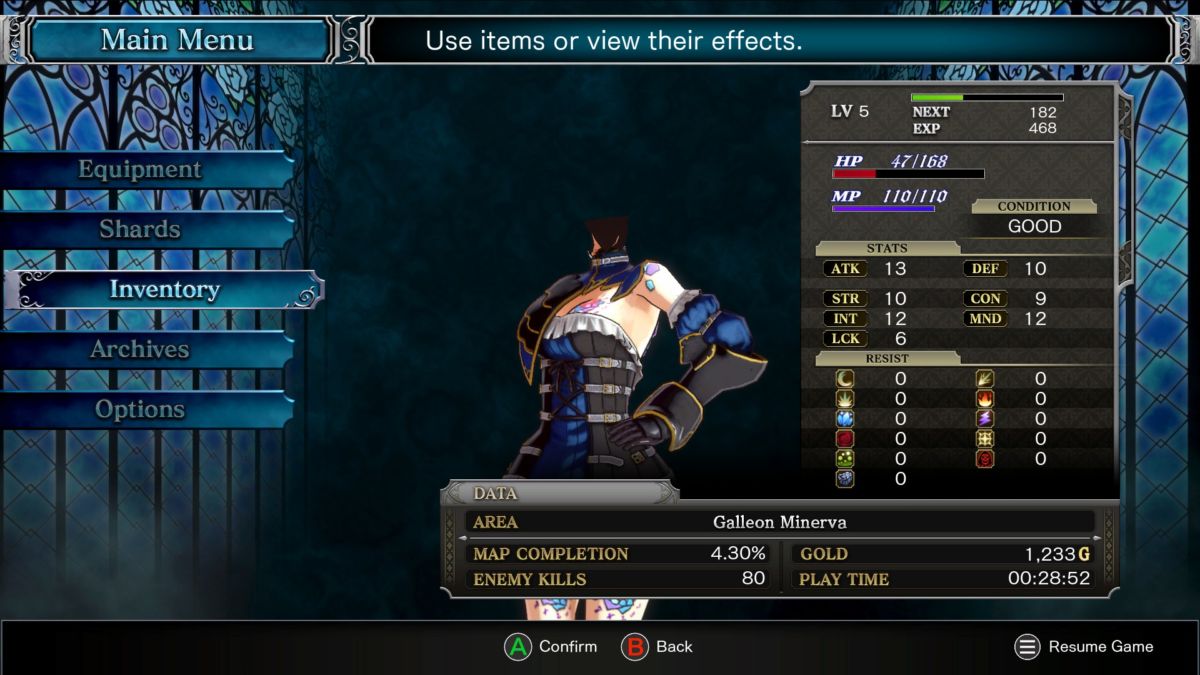 The funniest one was where I went to fight a two-headed boss on a giant ramp at the Towers of Twin Dragons. One of the enemy’s attacks glitched me below the boss. which forced me to ascend the tower again to get behind his unfinished body. He could no longer harm me but I was doing full damage to him, leading to an easy victory. There are a lot of bugs, but much like the grammar errors, none of this was game-breaking or too off-putting.

There is a solid chance most of this will be fixed, which is good since this game has some serious replay value. Side quests are entertaining, for the most part: There are optional bosses, multiple endings, and it looks like the developers will be adding much more, including additional characters. This may even be one of the few games I eventually try to 100%.

Bloodstained doesn’t hide what it is or where it came from; it embraces that. I wish it had been a new Castlevania game, but it doesn’t need to have the name to champion everything that made that excellent. This new adventure is almost by the numbers in some ways, a little safe and less innovative than I had hoped, but there is nothing wrong with that. Bloodstained offers more of exactly what so many of the fans wanted, something similar, new but reminiscent of the old content. Most importantly, it’s meaty and fun, and an accomplishment for those who believed in it.

Verdict
The night calls for heroes to embark on an entertaining adventure that embraces its old school roots. Ritual of the Night isn’t too tough and there is a lot to do — just try to ignore the bugs along the way.
8
Buy on Humble (PC)Buy on Amazon (Console)
Cultured Vultures is a pop culture website established in 2013 covering all things gaming, movies, and more. We eat your words.
All The News On The Biggest Games