Blair Witch on the Switch remains an unnerving and creepy experience, but it‘s also severely lacking compared to other versions. 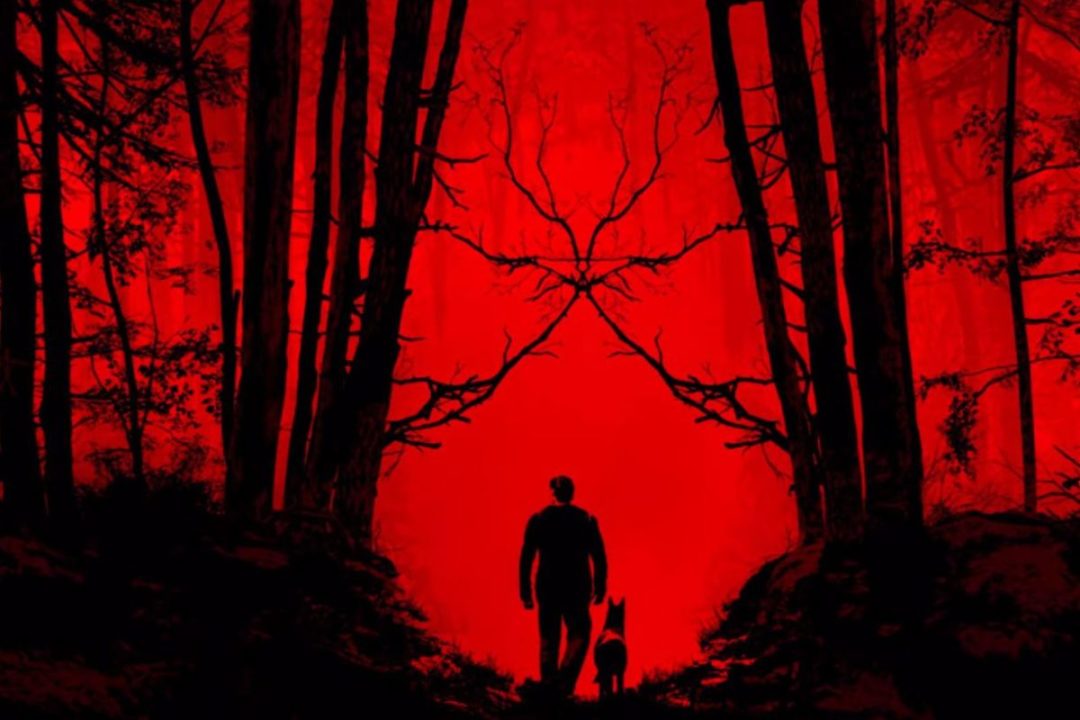 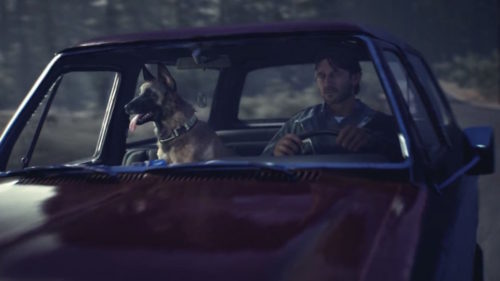 Over the last few years, the Nintendo Switch has seen a surge in the number of ports arriving on the console. The latest of these is the survival horror game Blair Witch, the work of Polish developer Bloober Team and set in the same universe as The Blair Witch Project. The studio previously worked on Layers of Fear and Observer before releasing Blair Witch on PC, PlayStation 4, and Xbox One in 2019.

Following in the footsteps of the original movie, the title takes place in the Burkittsville Woods in Maryland. Set not long after the events of the film, the story sees former detective Ellis Lynch exploring the mysterious forest in an attempt to find a missing boy. For reasons that aren’t exactly clear, the search party doesn’t seem too enamored to have Ellis join them, with references made to some medical condition.

For the most part, the plot is fairly predictable and doesn’t try to break from the horror mold too much. The inclusion of multiple endings depending on your actions is nice, but even they don’t really help it tell a coherent story. All in all, Blair Witch feels confusing and disorientating, as if you are just going round in circles, yet this is undoubtedly what Bloober Team was trying to accomplish with the plot in the first place. Unfortunately, this means the overarching story is not quite as compelling as it could have been.

Like most other titles in the survival horror genre, Blair Witch focuses on stealth and exploration rather than fast-paced action or intense combat. It plays very much like a walking simulator, with the player simply having to search around the environments. However, Blair Witch does have a number of unique gameplay features that help it stand out from the crowd. Most of them involve Bullet, a canine companion who acts as a trusted partner throughout the story.

Practically every moment of Blair Witch involves using Bullet to some extent. Whether he is searching for clues, following a scent trail, or helping you fight off the horrors that await, the dog plays a central role. You can give a variety of commands using a radial wheel and even give him treats to keep him happy and working hard. In place of proper combat, Bullet will also scare off silhouetted creatures that attack you, as long as you can swing your flashlight around in time.

Blair Witch also has a puzzle mechanic that utilizes the found footage motif from the movie. Rewinding or fast-forwarding the footage alters time, allowing you to change the environment around you. This is actually quite a clever way of incorporating a camcorder into the gameplay in a way that isn’t too intrusive. Combined with a mechanic where you can see some of the beings stalking you when looking through the camcorder, it utilizes a core concept of the movie in a meaningful manner.

The less powerful hardware of the Nintendo Switch compared to the Xbox One and PlayStation 4 obviously means that sacrifices have to be made when porting over most games. Blair Witch is no different and you will immediately notice the drop in visual quality. If you have played another version of the game, you’ll realize just how scaled back the graphics actually are here. There is a distinct lack of detail in many of the textures and character models, while everything has a slightly blurry feel to it. That makes navigating through the woods and keeping track of Bullet more tedious, as the dog just blends into the background once he is a few meters away from you. This issue is even worse at night, where making out anything more than shapes becomes incredibly difficult.

Worse, though, are the performance issues that are present from the opening scenes of Blair Witch. The biggest offender is the way that textures simply pop into existence as you move around. There is no seamless transition; things like trees, bushes, and the terrain jaggedly just come into existence, often when you are remarkably close to them. The plant life is particularly bad for this, with branches and bushes continuing to load even when you are right next to them.

Your trusty companion seems to get stuck as well, at a far more regular rate than I remember it happening in the Xbox One version I played last year, and will even levitate in the air occasionally. In terms of framerate, Blair Witch is pretty consistent at 30 fps with only the very occasional hint of stutter in the more taxing parts of the story. But even with the lack of quality in terms of the visuals and the performance issues, Blair Witch manages to immerse you in the world and create an uneasy atmosphere that will constantly keep you on edge.

That feeling of immersion is helped a lot thanks to the excellent sound design. This is the one area of Blair Witch that does not seem to have seen an apparent downgrade, so it’s able to outshine both the visuals and performance of the game. The voice acting is strong, which helps to give each character their own personality and emotions. During some of the scarier moments, you can feel the terror in Ellis’ voice as he desperately calls for Bullet or the sudden loss of temper while on a phone call. Meanwhile, the sheer amount of background noises, such as wind rustling through the trees or birds chirping, gives the forest a sense of authenticity as a living entity.

There are a number of exclusive features for the Switch edition of Blair Witch. The developers advertise the fact that this version of the game comes with the “Good Boy Pack” built-in rather than as a separate download. However, it really isn’t all that impressive. It simply adds a handful of customization options for your dog, allowing you to switch up the color of his fur, collar, and eyes. Just to really lean into this pointlessness, there is a new mini-game you can play on the old fashioned mobile phone. In addition to a Snake clone, there is a Super Rex mini-game, although it too isn’t really worth picking up a Switch copy of the game for.

More impressive is the HD rumble. Using the precise feedback of the Joy-Con controllers, Blair Witch is able to engage the player in the action more effectively. For example, you can tell the direction that Bullet is barking from simply by feeling the vibration in the corresponding Joy-Con, as well as how far or near he is by the strength of the rumble. The controllers will also emit sounds that complement the on-screen action very well.

Another great addition is the ability to use touchscreen controls when in handheld mode. This makes scrolling through menus more intuitive and less of a hassle. Speaking of controls, Blair Witch is a mixed bag. The small size of the Joy-Cons makes going through the radial menus a bit tricky as you have to either hold down the R or L button and then make the selection with the thumbstick. Assigning that command to a face button or the D-pad might have been more effective and would certainly have been less cumbersome. One other small gripe I had is that the default sensitivity for turning the camera is ridiculously low. It feels like it takes an age to just look left or right and I would definitely recommend heading into the settings straight away to fix that.

Blair Witch is certainly a game worth checking out. Despite a less-than-stellar story, it has a few interesting gameplay ideas and a genuinely creepy atmosphere that few horror games manage to pull off effectively. At a little over five hours long, it is an experience you can go through multiple times. But it’s also a title that I would recommend playing on another platform if possible. Although there are some positive aspects that are exclusive to the Switch version, these are heavily outweighed by the limitations that come with the hardware in the portable console. 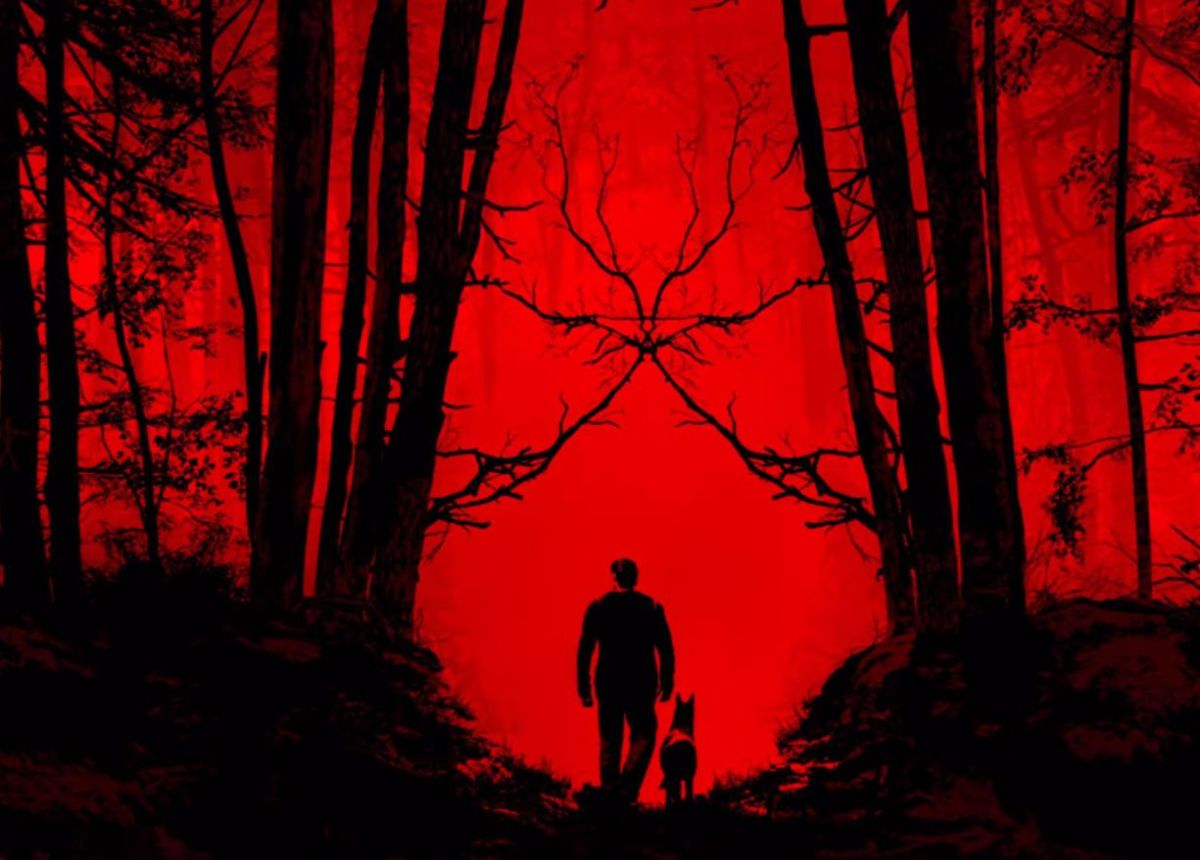 Verdict
Blair Witch on the Switch remains an unnerving and creepy experience that has plenty of interesting gameplay concepts, but it‘s also severely lacking compared to other versions.
6.5