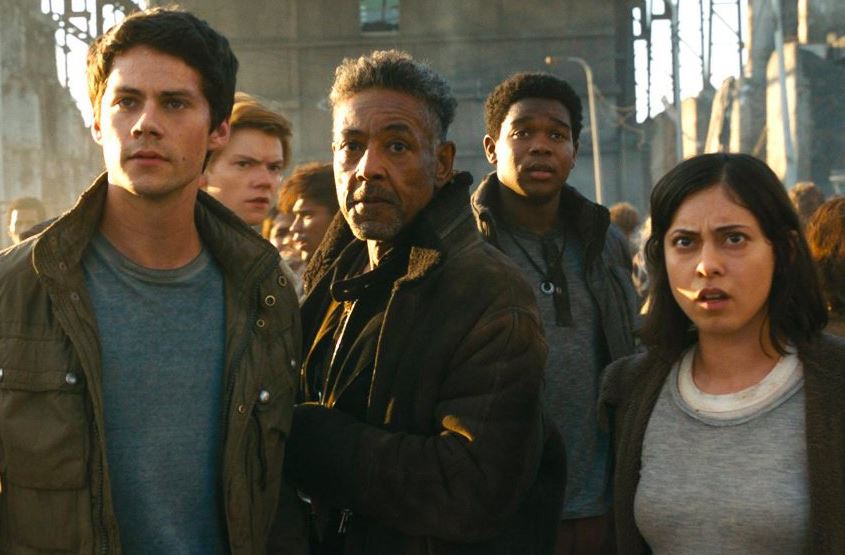 If we’re going to be frank, we can call January an entire year unto itself and be done with the whole thing. That has no relation to movies. Movies have done just fine, with this weekend coming in on par with the same frame last year ($141.4 million vs. 2017’s $141.98 million).

Debuting in first, Fox’s Maze Runner: The Death Cure wrangled $24.17m from 3,787 venues, a noticeable yet understandable -20.3% decline from 2015’s Maze Runner: The Scorch Trials ($30.32m debut). Sequelitis tends to kick in around third entries and that wasn’t any different here, although Death Cure is the grand finale so it’s not like a ton was on the line. Should it follow Scorch Trials’ performance (2.69x multiple), Death Cure will notch $65m total. That’s far from abysmal when you consider the movie’s reasonable $62m production cost and international following.

Expanding into third, Entertainment’s Hostiles surprised with $10.11m from 2,816 hubs. Domestic cume when including limited release is $11.96m. Despite zero awards buzz, Hostiles played well throughout Middle America, offering an alternative to the typically glitzy prestige fare. It remains to be seen whether the Scott Cooper-directed western can reach Entertainment’s previous high, last year’s 47 Meters Down ($44.31m), but this is a healthy showing nonetheless.

There are no international numbers to report for Hostiles.

The show must go on – taking fourth (a jump from fifth place last frame), Fox’s The Greatest Showman sang to the tune of $9.55m (-10.3%) in its sixth weekend, yet again coming in ahead of the movie’s tepid $8.81m debut. Domestic total for the Hugh Jackman musical is $126.53m and it’s assured to leap over Lionsgate’s critical darling La La Land ($151.1m) soon. The Greatest Showman is doing so well that the biggest threat to its theatrical play is a home media release in March. We’ll see how high it can go until then.

Rounding out the top five, Fox’s The Post printed $9.11m (-22.3%) in its third weekend of nationwide release. Domestic total for the Best Picture nominee is $58.97m. The Post has been holding fairly well, pacing +22.6% ahead of Steven Spielberg’s 2015 thriller Bridge of Spies at the same point in release (when discounting weeks of limited play). A similar pattern sets The Post up for a final total over/under $90m.