Home
Gaming
What Makes This War of Mine A Timeless Classic?
Opinion
·5 min read

What Makes This War of Mine A Timeless Classic? 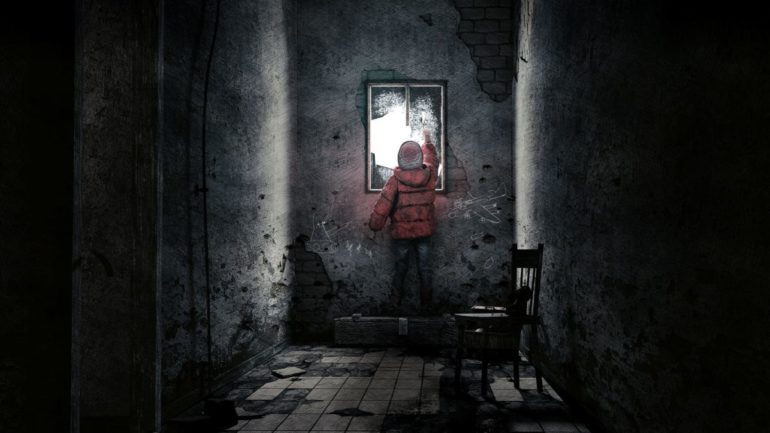 This War of Mine

It seems that the saying “war never changes” holds true in game design trends. War as a setting and conflict as a central design principle is such a natural fit and easy fallback for many development teams. This leaves little room for something truly original to pop up and present a refreshing alternative to the incessant ubiquity of war as a setting and theme.

Conflict is one of the most popular game design principles in any genre as it engages players to overcome challenges and achieve exciting goals. Consequently, war is a fitting and easy setting and theme for developers to explore, due to the inherent conflict found in war.

This War of Mine achieves its classic status by taking familiar design tropes to draw you in while, at the same time, subverting and challenging accepted game design norms and trends, as well as bringing a relevant and powerful message.

Wargames, be they simulations, real-time, turn-based, grand strategy, and even action and role-playing games of various kinds, have made the topic of war a ubiquitous part of video game culture. From a military, political, economic, diplomatic, and even individual character level war fits game design principles almost perfectly and it’s in fact such a common setting that it leaves little incentive and room for other voices to be heard. This War of Mine holds a unique position by being one of the few recent voices to bring something new to the table.

Strategy games in particular suffer from disincentivizing original takes on the idea of war, as a focus on military action is just such a tempting and easy trope to fall back on. Well-defined historical themes, such as the Cold War, the Middle Ages, and especially World War Two also lend themselves to an exceptional focus on the military side of things.

In addition, many wargames often directly encourage military action through rewards and incentivize players to engage in violence with little second thought. Essentially, military or war-focused games can have a dehumanizing and glorifying effect that can give a skewed picture of the reality of war.

11 bit studios’ This War of Mine is a rare game that chooses to go against the grain and established norms with a palpable and provocative approach to the very idea of a wargame. In this game, you don’t control troop formations with a well-defined and set military goal. In fact, you barely understand the military situation: who the belligerents are, their reasons for going to war, and the overall political context.

Instead, you’ll shepherd the lives of average people, civilians, as they try and survive amidst an ongoing horrific conflict. Your group won’t have access to their usual comforts and must use ingenuity, adaptability, effective resource management, and make difficult decisions to ensure that the group survives together.

From a design perspective, taking the obvious setting aside, This War of Mine is a wargame through and through down to the goals you set for your group and the tactics you utilize to achieve those goals. However, the game approaches the notion of war from a rare and often overlooked perspective that is fresh, surprising, and pulls on the heart strings.

This War of Mine essentially asks the player to reflect on the true cost of war, both direct and indirect, and, more importantly, empathize with people caught in the middle of the chaos and horrors of war. To illustrate the latter, the game relentlessly focuses your attention on the physical destruction and scarring of the land. It isn’t glorious nor beautiful, but in fact ugly, cold, and terrifying.

This War of Mine’s empathy angle comes from its well-rounded exploration of survival challenges. This includes the usual physical needs, such as food, water, resistance to disease shelter, and materials to craft tools and items to make your people’s lives at least the slightest bit better.

You’ll also need to take care of the psychological and emotional needs of your group, as your people can develop mental conditions that may lead to challenging and potentially lethal events if not taken care of properly.

Perhaps the most interesting and impactful system affecting the mental health of your people is your use of violence. You have to remember that the people you take care of come from all walks of life and most of them likely aren’t trained and prepared to use lethal items and weapons on other people. Don’t be surprised that after a scavenging mission where you (deliberately or otherwise) killed another person your survivor will be negatively affected by the event and will need care, ideally from others in the group.

Just to bring its point home about empathizing with people caught in a terrible situation, every member’s character card is represented with a photograph of a real person. This is a way for the game to maximize its own sense of realism and authenticity.

This War of Mine’s most daring aspect is its ability to challenge and break down the make-believe nature of video games. For example, most wargames ask what-if questions and put you in the commander’s or leader’s seat to plan campaigns or strategize for entire countries, situations that most people are unlikely to find themselves in on a regular basis in reality. Or, for example, fantasy games let you escape into wholly different worlds and try yourself out as someone completely unfamiliar or different from you.

This War of Mine obviously creates a virtual model of a hypothetical world, but the situation and setting it places you in are arguably the closest thing to reality, as war affects people on a daily basis. The game presents a sobering message of the intrusive, destructive, and chaotic nature of war. This War of Mine asks us to be aware of and not to forget humanity’s own paradoxical complexities, in that we are capable of great compassion and perseverance in the most desperate and difficult of times, but also capable of wreaking horrific destruction and havoc on our fellow human beings.

Ultimately, This War of Mine solidifies its status as a timeless classic that incorporates familiar design tropes and features, while at the same time subverting the idea of a wargame, leading to a wholly fresh and original gameplay experience. Its central message of empathy for your fellow human being and its relevance to recent events and human history as a whole further cements it as a stone-cold classic. Emotionally, it may not be an easy game to play due to the heavy subject matter, but This War of Mine is one of those games that does so much to help us better understand ourselves and the nature of war. This War of Mine transcends the strategy genre and is a definite must-have in every gamer’s library.

READ NEXT: 10 Games Like Company of Heroes You Should Play