The Beach House is a surprising blend of genres executed with a pleasantly surprising amount of craft for a debut feature. 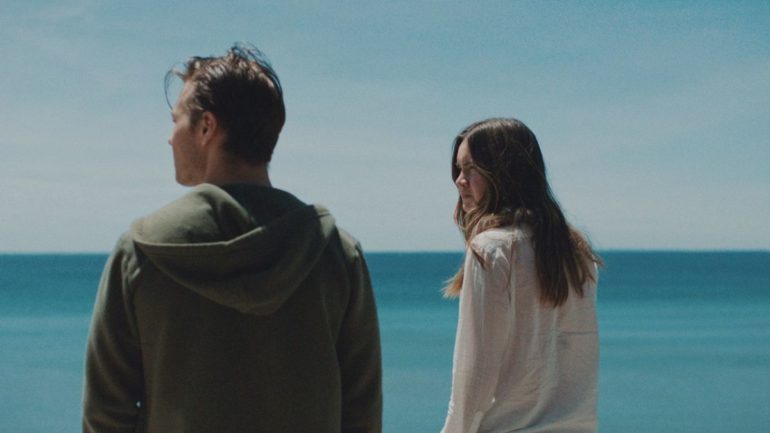 Over the past couple of decades, the horror genre has taken impressive strides towards empowering female leads. Antiquated tropes such as “eye candy” or rape-revenge stories are frequently being replaced with empowered women who don’t run aimlessly screaming into the night. Rather, they stand against that which threatens them, for better or worse. The basis for this empowerment can come in many forms, providing a new variety of smart storytelling, such as The Beach House.

Jeffrey A. Browns’ debut feature is an example of presenting a grounded basis for the film’s empowered female lead, before throwing her head first into hell.

Randall (Noah Le Gros) and Emily’s (Liana Liberato) relationship is strained, to say the least. Nothing that a weekend retreat to Randall’s family beach house can’t fix, or so they thought. When they arrive at the house, they are unexpectedly greeted by family friends Mitch (Jake Weber) and Jane (Maryanne Nagel). The couples agree to share the house and decide to make the most of their newfound company.

That evening, after numerous drinks and childhood stories told at Randall’s expense, the couples reluctantly partake in Randall’s offer to take marijuana edibles. What begins as trippy overindulgence leads to numerous events that no one can fully explain,events that they only fully come to understand once it is far too late.

At the film’s core, The Beach House is a story of a fractured relationship between two people headed in opposite directions. Emily is enthusiastically planning to attend grad school to pursue a degree in astrobiology, while Randall drops out of school in favor of a laissez-faire lifestyle. What begins as a simple difference of opinion turns self-serving as Randall tries to persuade Emily to abandon her plans.

Rather than a drawn-out shouting match, the tension between the couple is subtle but ever-present. Liberato’s portrayal of a woman at a potentially painful crossroads in her life is equally sympathetic and empowering. She doesn’t breakdown or outrightly submit to her loser boyfriend’s empty platitudes and lofty promises. She isn’t afraid to stand up and defend her plan of action, something he is sorely missing. And this drive is what helps her to navigate the otherworldly turn their weekend takes.

The Beach House is broken into seemingly two entirely different horror sub-genres. Mitch and Jane’s arrival is sudden, but they seem like a perfectly lovely couple. But the longer the couples converse, it’s apparent that secrets are being kept from one another. This secrecy makes for some awkward and suspicious conversations between the couples about life, generational differences, and the pursuit of happiness.

The tone of the first half of the film is not unlike Karyn Kusama’s The Invitation. The viewer must attempt to decipher whether inconspicuous behavior is nefarious in intent or not. This makes for a tense first half, which is light on scares, but highlights Brown’s ability to convey mood and atmosphere through uneasy character interactions. Brown casts a dreamlike quality over the seashore setting, allowing the sea itself to have a presence amongst the house guests.

Periodically during monologues, the camera will cut from the character’s talking and focus on a household item. For example, when Emily enthusiastically describes her field of study, the camera cuts to a tightly detailed shot of a shucked oyster or a glass of wine. The highly detailed shots of an item juxtaposed to her monologue gives it a trance-like quality. This results in the audience hyper-focusing on a seemingly innocuous object, moments before presenting them with increasingly strange events.

The narrative escalates drastically, evolving into part post-apocalyptic creature feature and part cosmic horror in the blink of an eye. The morning after the couples weed indulgence; they discover the beach shore is covered in strange gelatin pods. Adding more confusion to the chaos to come, Mitch is missing, and Janet shuffles through the house, unresponsive to Emily and Randall’s offers of help.

The film’s overtly horror-centric second-half places a heavy emphasis on practical creature effects and grotesque body horror. It’s an ambitious and jarring shift that succeeds through creative execution and being built up by the relationship-centric first act. By investing the audience in the character’s relationship, there is added weight to the growing horrors that Emily and Randall discover.

Whether it’s Emily removing a strange tentacle embedded in her foot with a kitchen knife, or an infected person regurgitating gooey slime, The Beach House’s nightmarish visuals stuck with me. The film also adopts a spooky coastline atmosphere, not unlike John Carpenter’s The Fog. Both figuratively and literally, as dense fog blankets the town, our leads desperately attempt to flee. The shoreline setting is one that doesn’t get utilized nearly enough, and The Beach House captures its remote and haunting atmosphere incredibly well.

The Beach House largely succeeds at what it sets out to accomplish. A surprising blend of genres executed with a pleasantly surprising amount of craft for a debut feature. The film would have benefited from more instances of body horror to capitalize on the first half’s tension, but this doesn’t stop it from being an emotionally fraught creature feature. 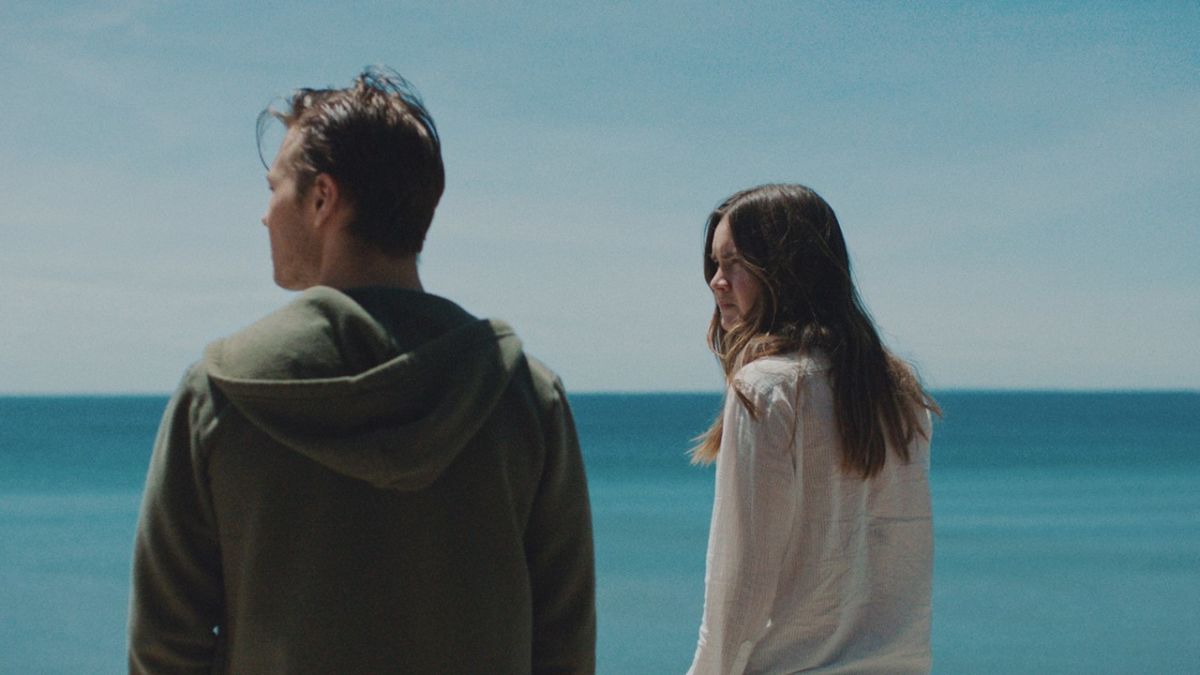 Verdict
Jeffrey A. Browns’ debut feature is a tense blending of relationship drama and an apocalyptic creature feature.
7.5
Cultured Vultures is a pop culture website established in 2013 covering all things gaming, movies, and more. We eat your words.
All The News On The Biggest Games