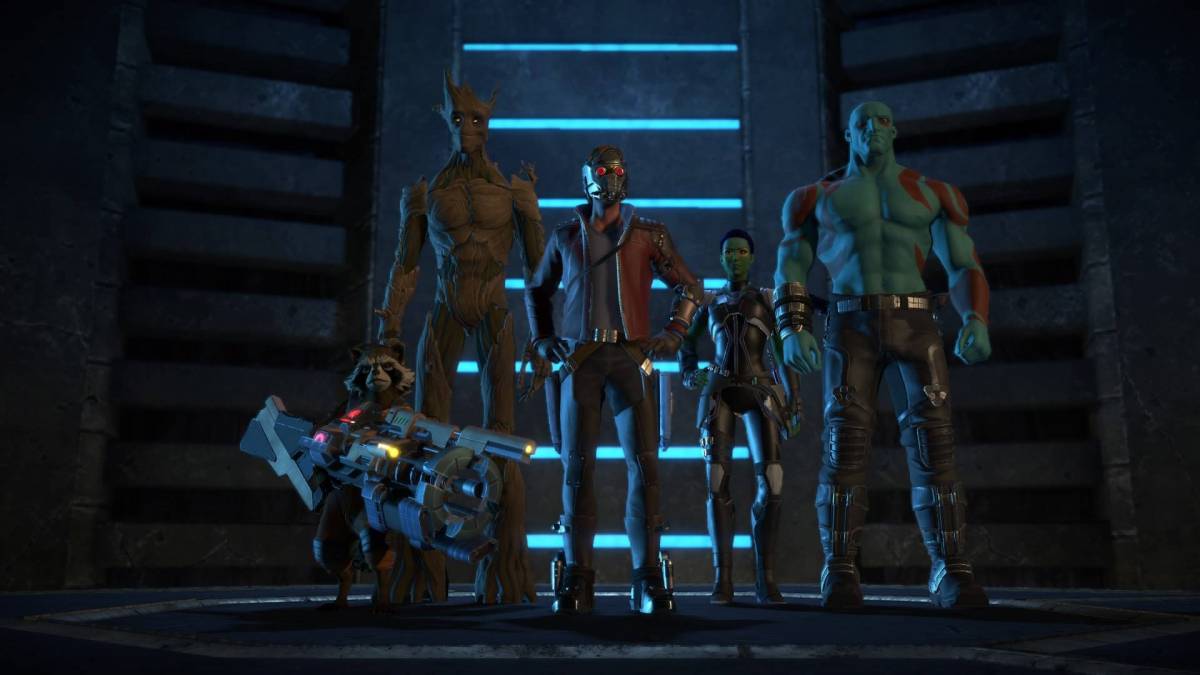 Telltale just don’t seem like they can be stopped. Their popularisation of the narrative-driven graphic adventure has spawned many imitators and seen them gain many fans, though it must be said that the latter are an impatient bunch.

With a second season for cult favourite The Wolf Among Us seemingly dormant and a third season of their most beloved series, The Walking Dead, still to be finished, news that they had taken on Marvel’s Guardians of the Galaxy gave cause for concern. Surely they were stretching themselves too thinly?

Judging by the first episode of their newest franchise, Telltale Games are taking it all in their stride, even if signs of favouritism between properties are all there.

Opening up with an introduction to Star-Lord and his motley crew, Guardians of the Galaxy wastes no time in setting up the universe, one that feels like a hybrid between the movie (soon to be movies) and the comics. Gamora, Rocket, Drax, and Groot all look more like their comic counterparts than in James Gunn’s adaptation, but they have many of the quirks and traits that made them so likeable and part of the biggest box office surprise of 2014, too. 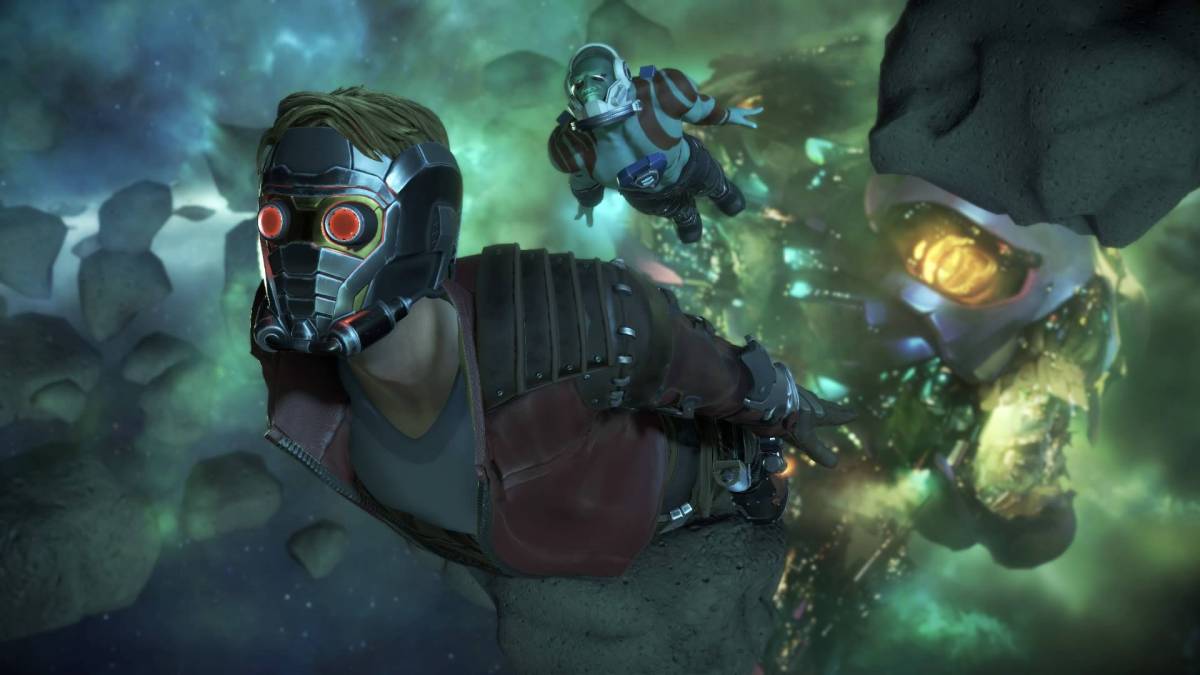 Instead of setting up an episodic battle against Thanos, the big purple bad guy who seems to have a wicked case of arthritis in the MCU, Telltale’s Guardians of the Galaxy subverts that expectation pretty quickly. It’s hard to discuss the plot without spoiling things, so let’s just say that you might be wondering if it’s all some kind of ruse after the first third of the playthrough, which roughly takes about two hours.

What the game does great so far is its small interactions, the stuff that lets you talk to your crew (Star-Lord seems to be the primary protagonist out of the bunch so far), throwing the Telltale style back to Tales From the Borderlands. The two series’ share a lot of the same DNA, including, of course, sarcastic and wiseass humour. While Drax’s obliviousness and Star-Lord’s stupid charm is always a delight, the laughs don’t come in quite as fast – that can all change in later episodes if Groot and Rocket (hopefully) square off with finger guns at some point.

Mechanically, Guardians of the Galaxy’s first episode puts the controller back in the hands of the player where some of Telltale’s other creations almost rips them away. At one point, Star-Lord’s jetpack shoes are available to help uncover clues at a gruesome scene, but there are also other intriguing gameplay additions, such as the ability to call the team over comms and just shoot the breeze. An ultimately inconsequential addition, sure, but one that invites the player in – there are only so many conversations and single button prompts that can be sat through before the attention wavers. 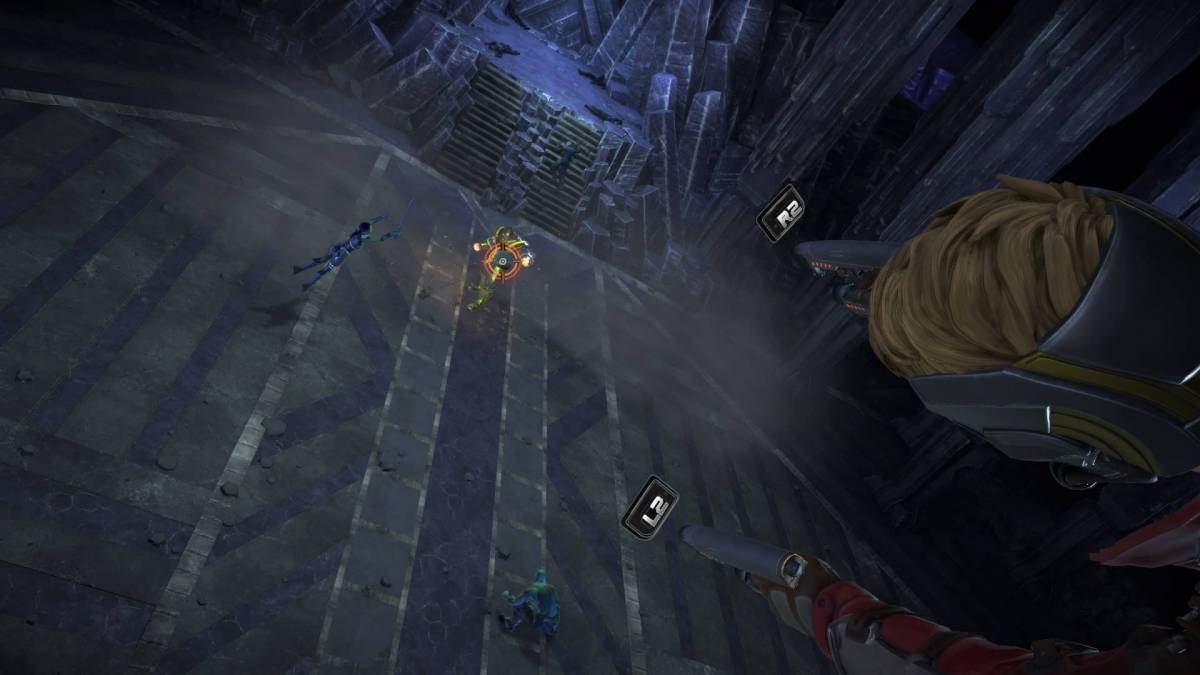 Guardians of the Galaxy also looks delicious, its palate a mixture of candy floss pinks, bright greens, and striking reds. They’ve encapsulated the tone of the comics and movies with everything looking like a garishly cool eighties action movie, which applies to the character models, too. The details put into the skin of Drax, for instance, are subtle, but they’re definitely there and indicative that this is something they’ve been working away at for a while. It’s certainly the best looking Telltale effort to date.

There’s always the burning question that comes with a new Telltale game: how does it perform? They’re notorious for having issues that take the player out of the story, and Guardians of the Galaxy is no different. A couple of scenes in my playthrough ground to a halt with the screen freezing entirely, along with other small irritations that piled up. The framerate dips and the slightly off facial animations hinder the game, though it’s par for the course with anything Telltale. That being said, it shouldn’t be the norm or something to expect from a developer by default. Their updated engine is far smoother than what they previously had, but there is work still clearly to be done.

Telltale’s Guardians of the Galaxy is off to a good start, though it’s too early to tell if it will be one of their best. The signs are all there, though. Let’s just hope the rest of the episodes can take the baton and run with it.

Verdict
If you like Piña Coladas and getting caught in the rain, there's a good chance you will enjoy Telltale's Guardians of the Galaxy based on its first episode.
8
Cultured Vultures is a pop culture website established in 2013 covering all things gaming, movies, and more. We eat your words.
All The News On The Biggest Games