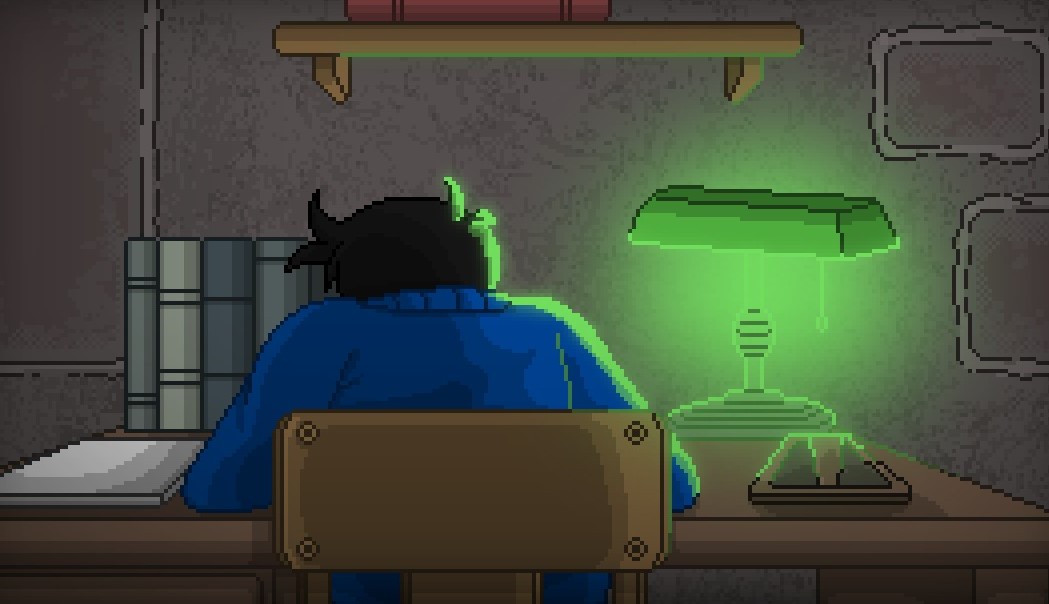 There’s something dangerous and comforting in being alone. While it may provide solace from the stresses of life, taking too far a step back from everyone and everything could potentially send you hurtling down a dark route. As someone who struggles with the conflicting need to be alone and also surrounded by people, STAY was a game that immediately stood out to me when I played it at Rezzed.

STAY is a simple game with a captivating premise. When a stranger wakes up alone in a room, it’s your job to guide him to safety and an explanation through nothing but a computer screen. Quinn doesn’t know you and you don’t know Quinn, but STAY establishes a relationship over time with its depth being decided by the player and their approach to certain situations. Treat Quinn too coldly and he may not open up about himself. Likewise, if you try to empathise with his plight rather than being laser-focused on his freedom, you might find yourself a new digital best friend. 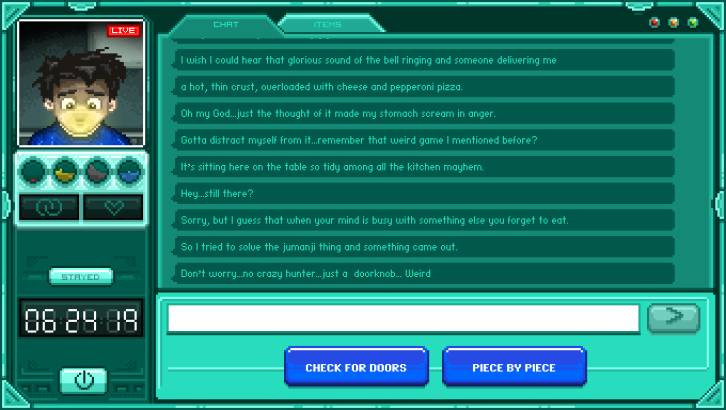 This paves the way for a hands-off gameplay experience, one that you will only ever need your mouse for. You don’t directly interact with or control Quinn and instead respond to him based on set responses, but STAY still manages to make you feel like the invisible hero by subtly having you mirror Quinn hunched over a desk. At points, it feels like you’re having a real conversation with someone — the writing is one of STAY’s brightest spots, which is lucky because it’s really the driving force for the entire game.

You discover more about Quinn’s backstory as the game continues, so to detail it here would be to also spoilt it. I can say, however, that Quinn is one of the most affably relatable characters I’ve encountered in any game. He can sometimes be annoying –seemingly by design– and can often go off on long, indulgent tangents during a panic, but wouldn’t we all in such a mess of a situation? He’s a human being, warts and all. There are some typos during dialogue, which could gladly be passed off as intentional by the team at Appnormals due to the more “casual” conversations. If anything, not having pristine prose means that it’s easier to get invested into the world of STAY. 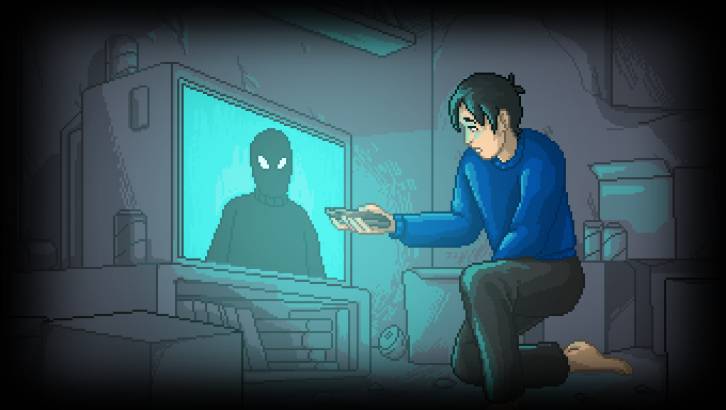 And what a gorgeous, lo-fi world you will lose yourself in for almost ten hours (or more, depending on your problem solving skills). The virtues of pixel-art are clear to see in STAY; Quinn is expressive and his surroundings are dark yet beautiful in their simplicity. The narrative is interspersed with distinctive and eye-catching scenes that are almost like panels from a comic book. While it may not look like there’s much going on in Stay judging by its simple but effective style, it’s always crunching numbers in the background.

Your relationship with Quinn is defined by your interactions with him, whether that’s telling him to man up or by lending him comforting words. Quinn will remember some of your choices with your choices also shaping one of the seven different endings. You can view the status between the pair of you at any time, and also Quinn’s mood. There’s a lot at play here, which gives each interaction weight. There are even some slightly leftfield times when your actions abruptly (and somewhat ridiculously) get Quinn killed. 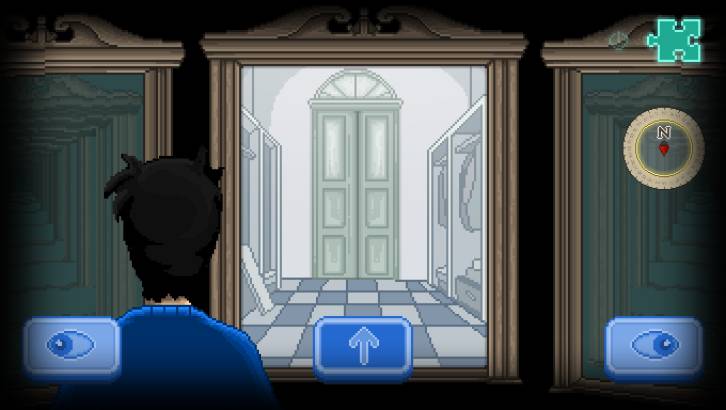 However, the best weapon STAY has in its arsenal is the one hinted at by its name. STAY tries to test the player by seeing how long they can stay focused on just one thing before wandering off to look at Buzz Lightyear memes; a common problem for us all. The “stay” mechanic can deeply affect your relationship with Quinn, so if you wander away from the keyboard for too long or don’t play the game after exiting it for a while, Quinn turns bitter. Your relationship with him plummets and the relationship you’ve cultivated with him could be jeopardised. At times, Quinn is like a more dramatic Tamagotchi. He’s often neurotic to the nth degree, so you need to constantly be pushing him through his journey.

This interesting mechanic isn’t something that I can’t remember seeing so explicitly highlighted in a game before, and it really works in STAY’s favour. I felt a pang of guilt when I left Quinn to do some other tasks around the house — he said he was fine with my absence when I returned, but I know he wasn’t really. In the disposable culture that we live in now where we move from one thing to the next, STAY is a parable of what really matters: lasting and important human connections.

When STAY is focusing on just that, it’s one of the most original and entrancing games I’ve ever played. When its incredibly challenging puzzles crop up, however, it’s a frustrating roadblock that ultimately drags you away from your immersion in the narrative. If you haven’t been taking your vitamins, you’re going to need to before even attempting the game’s many chin-strokers.

It’s no secret that I am not a puzzle game aficionado — I may be many things, but a problem solver is not one of them. Although I will eventually find solutions, it takes me a little while longer than most. STAY, on the other hand, had me utterly stumped on multiple occasions. To say they are complex and obtuse would be an understatement: they should be assigned as introductory tests for MENSA. A tad hyperbolic, but STAY offers puzzles where you have to abandon conventional sense and really dig into the mind of the developer.

Take, for instance, a wall puzzle that’s sure to go down in infamy. You’re presented with a wall, a peacock, and pushable bricks that have different lights. The logic to it isn’t immediately obvious, or even so a couple of hours later. It’s such outside-of-the-box thinking that completely drags you away from Quinn and his attempts at freedom and has you sat vexed and confused. There’s nothing wrong with puzzles, especially as the game would be fairly straightforward without them, but some of those found in STAY are so difficult that it seems at odds with the main hook of the game.

Verdict
Despite some frustrating and obtuse puzzles that hinder rather than enrich the narrative, STAY is a simple tale told with style and delivers an important lesson that we could all learn from. Microtransactions: none
8