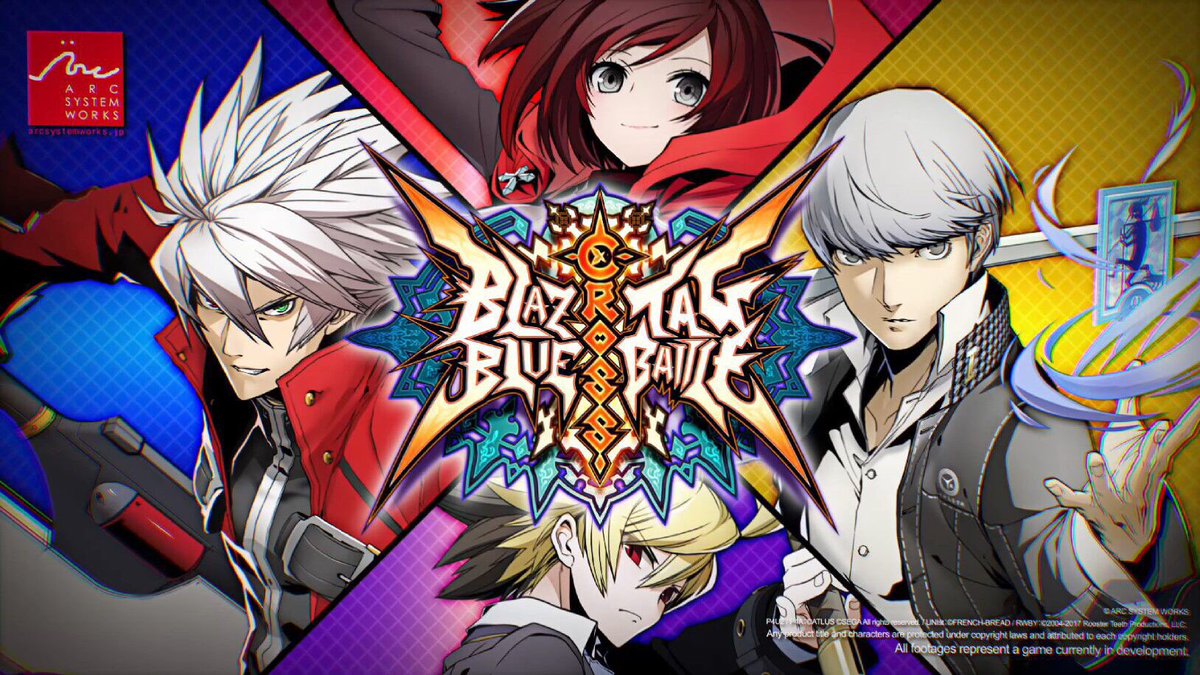 There’s no genre in video games that is more susceptible to crossover potential than fighting games. Never have more worlds collided or fates crossed, with games like Capcom vs SNK, Marvel vs Capcom, Street Fighter X Tekken, and now Blazblue: Cross Tag Battle, taking established franchises and smashing them together for the amusement of the fans.

Blazblue: Cross Tag Battle takes that formula and applies it to the world of anime fighters, combining characters from Blazblue, Under Night: In-Birth, Persona 4: Arena and the anime series RWBY and throwing them all together for a massive scrap. It’s certainly more niche in its appeal than something like Marvel vs Capcom, but there’s a rabid market for it nonetheless.

But how does it stack up? As a tag fighter, its most recent competition includes an Arc System Works stablemate, the stellar Dragon Ball FighterZ, along with the not so great Marvel vs Capcom: Infinite, which has died harder than Hans Gruber did after falling out of the window of Nakatomi Plaza. Blazblue: Cross Tag Battle leans more towards the former than the latter. 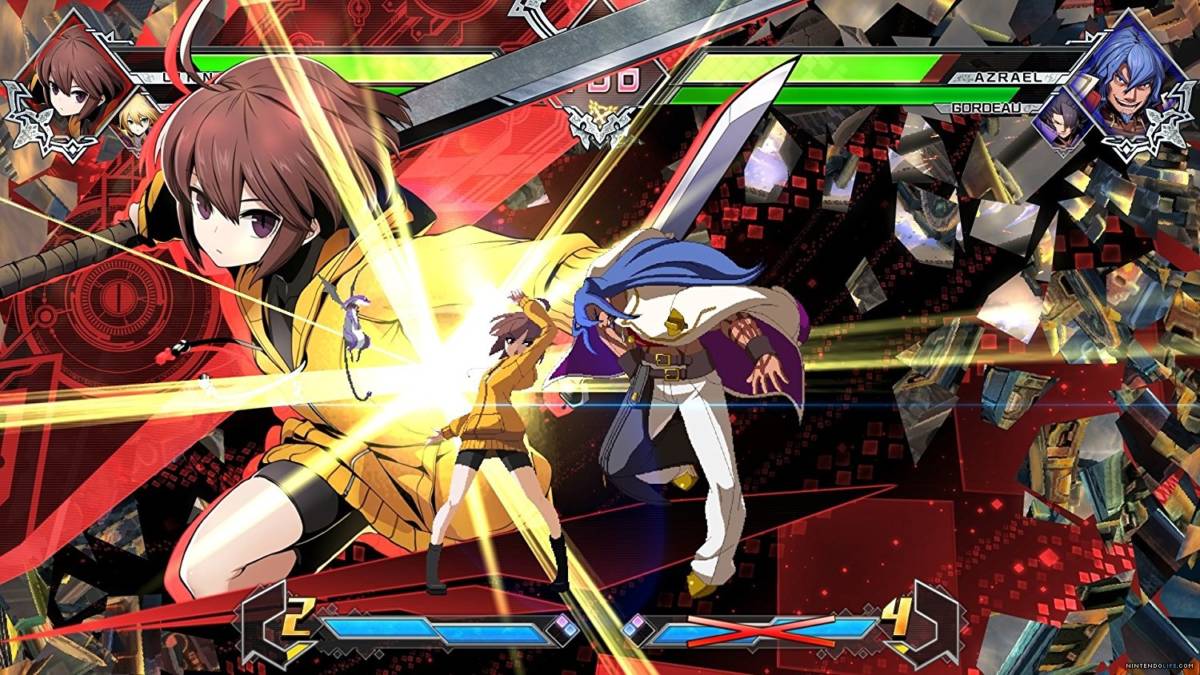 Like Dragon Ball FighterZ before it, Blazblue: CTB feels more simplistic than most Blazblue games, or even the majority of Arc System Works games. It’s not that there isn’t depth, because there is. A skilled fighting game player will still wipe the floor with you, no questions asked. Instead, it feels like more has been done to accommodate new players, allowing them to pull off impressive combos with just a few button presses.

Also like Dragon Ball FighterZ, we suspect that Blazblue: Cross Tag Battle being more “noob” friendly was intentional due to the properties involved in this game, most specifically RWBY. The wider appeal of Rooster Teeth’s in-house anime series will attract players who aren’t necessarily hardcore fighting game players. Better to allow them to enjoy the game rather than bamboozling them with endless systems.

Cross Tag Battle is a five button fighting game, with square and triangle controlling light and heavy attacks respectively. A few presses of the same button will produce a universal combo, which is how new players will deal the majority of their damage, but that’s barely scratching the surface of what you can get up to in this game.

Circle launches a “Crash Assault” move, where both fighters wail on your opponent and a well-timed button press can maximise your damage output. Pressing circle during a special move instead of square or triangle will also perform a stronger version of the attack which costs one bar of meter.

Tagging in your partner is done with X, while assists are mapped to R1. Cleverly, you can control what kind of assist you want by pressing a directional input with the assist button, with forward offering a ranged or rush attack, backwards generally being an attack designed to punish an enthusiastic opponent, and neutral changing dependent on your character. 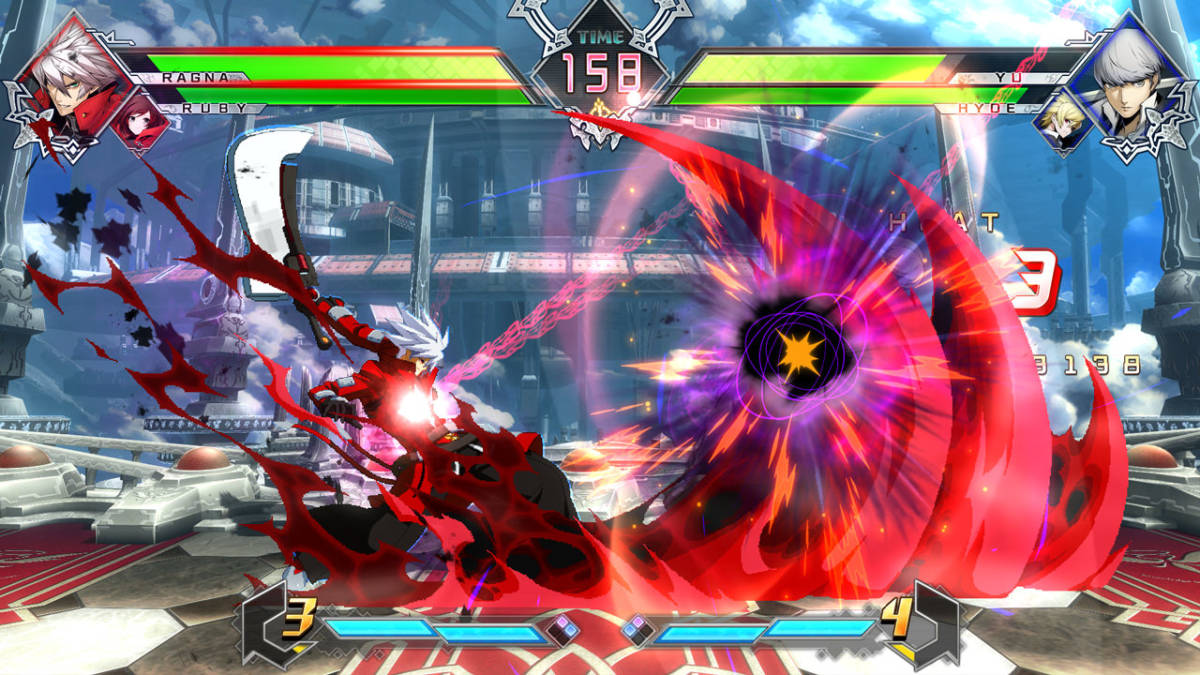 The ability to choose what kind of assist you want helps to increase the level of combo potential past other tag fighters, and is an example of the level of depth available if you’re willing to dig into the practice mode or, if you prefer a trial by fire, by dipping into the online modes, but it’s not even the half of it.

During Distortion Skills, which are typically activated with some kind of quarter circle along with triangle and circle, you can press R1 to switch partners, and they’ll hit their own skill, amplifying your damage output. It’s basically a delayed hyper combo from Marvel vs Capcom, except it’s easier here to combo one skill into another

If you’re getting your head caved in by your opponent, you can press X and R1 to switch to your tag partner, who will fly in from the top of the screen and knock them out of their combo, allowing you the chance to launch your own attack. 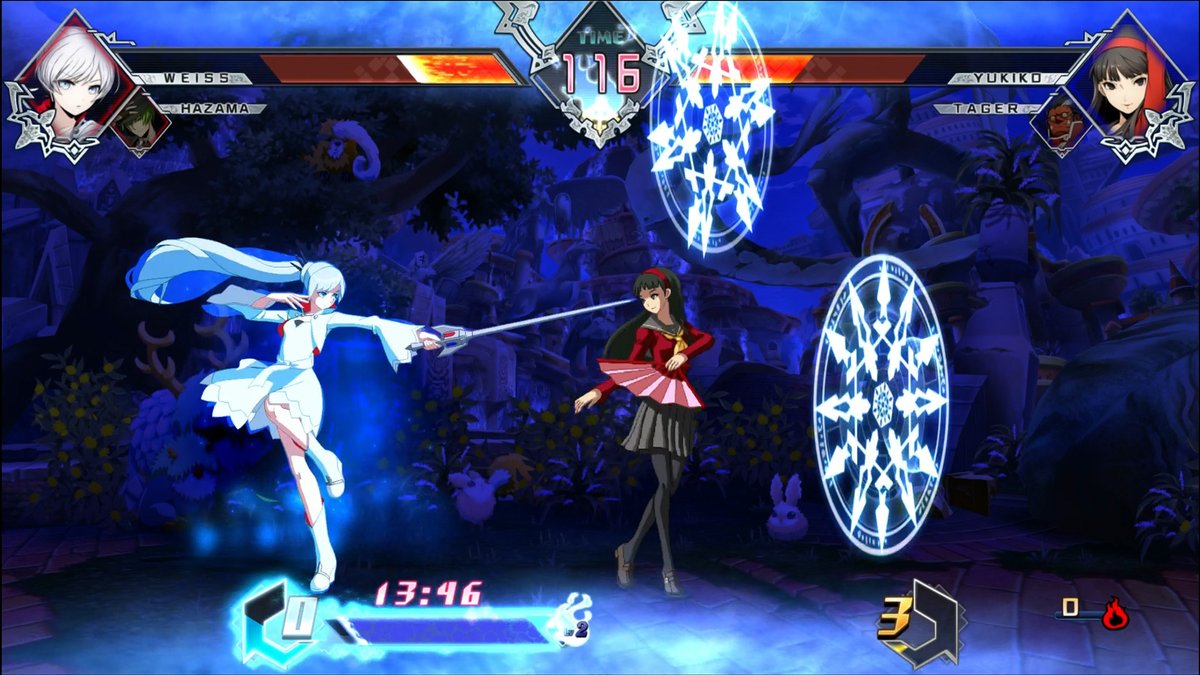 Lastly, if things are really dire and one of your characters has been downed, you can activate a Resonance Blaze, where your moves can be cancelled into Distortion Skills, and you’re constantly gaining the meter needed to use them. It’s an actual comeback mechanic, unlike X Factor or Sparking Blast in Marvel and FighterZ respectively, which players can use at any time to extend combos.

Okay, so it turns out Blazblue does have a lot of systems and mechanics, and you will need to master them if you’re planning on getting good at the game, but players who just like to mash buttons and watch cool stuff happen on screen can still get their kicks from this game. The smart combos feel like regular Blazblue in stylish mode, which was designed to make the game more accessible in the first place.

Despite holding the Blazblue name, Cross Tag Battle shares more in terms of philosophy with FighterZ, and that’s no bad thing. Even the characters are controlled in the same way, with universal inputs for special moves across the entire roster. Learning a character isn’t about familiarising yourself with new inputs, but with what those inputs do, which dramatically aids the learning process.

That being said, the gameplay of Blazblue is not for everyone. The pace could be described as blisteringly fast, and its remarkably easy to be overwhelmed by an opponent who has spent hours learning the frame data and ridiculous juggle combos. The gameplay speed, coupled with the vibrant anime art style, can also sometimes make it hard to follow what’s going on. 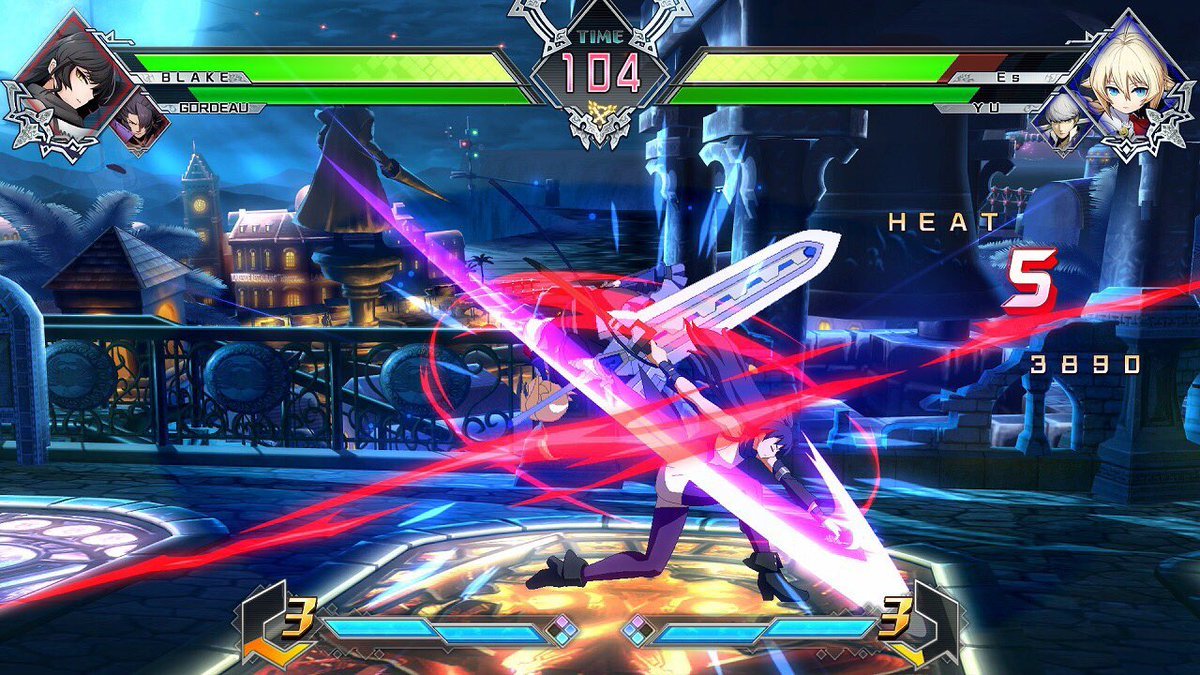 But it’s the story mode that perhaps shows Blazblue: Cross Tag Battle’s biggest weakness, and it has more to do with how the game was made rather than how it plays. The story itself is fairly decent fluff, as the four worlds are brought together under false pretences and forced to do battle.

There’s some entertaining interactions between the different characters, and the four campaigns actively encourage you to learn different characters along the way, making the mode a perfect primer before entering the game proper. So what’s the issue? The controversial DLC practices, of course.

During the RWBY and Persona 4 Arena storylines in particular, DLC characters such as Yang, Kanji and Naoto show up and become key players within the storyline. There are even moments where these characters gear up for a battle before the game has to contrive a weird reason from them to end up fighting off-screen.

It’s hilarious, though not necessarily in a good way, as it creates a narrative surrounding Blazblue: Cross Tag Battle that it’s just a cynical money grab. There’s plenty of DLC characters available to play right now, and we’re only a month removed from it launching in Japan and the US, suggesting that they were actually cut from the full release just so Arc System Works can make more money.

That narrative could be pushed further if we look at the character art and moves they perform. Aside from the RWBY characters, who were created from the ground up, pretty much every characters plays the same or similarly to how they did in their original game, tweaked only slightly to accommodate Cross Tag Battle’s new mechanics.

In fairness, you’re able to purchase the Digital Deluxe Edition for about the same price as a full price release, but that begs the question of why didn’t Arc System Works just release the game full price with a burgeoning roster, instead of gating half the roster away and asking you to fork over some more cash.

Though the DLC shenanigans don’t affect the core gameplay, it does ultimately leave a sour taste in your mouth. Even though both Blake and Yang are available right now as free DLC, and for the first two weeks of launch, one of the fighter packs was also available for free, it stands to reason that they should have been part of the core roster, especially with the RWBY characters.

The DLC practices don’t affect how we’re reviewing the game, as the game itself is incredibly fun once you get into it, but it’s worth mentioning because you may choose not to support the game because of it. If that’s the case, feel free to deduct points from our review. We won’t mind.

Verdict
We’d like to focus on how deep and intricate the game is, or how much fun it can be learning different characters, but the way Blazblue: Cross Tag Battle handles its DLC and roster can’t be ignored. Take 2 points away if you hate DLC, more if, like me, you hate the fact Enkidu from Under Night isn't included. Microtransactions: Other than the DLC, none. No premium currency or loot boxes.
7.5
Cultured Vultures is a pop culture website established in 2013 covering all things gaming, movies, and more. We eat your words.
All The News On The Biggest Games