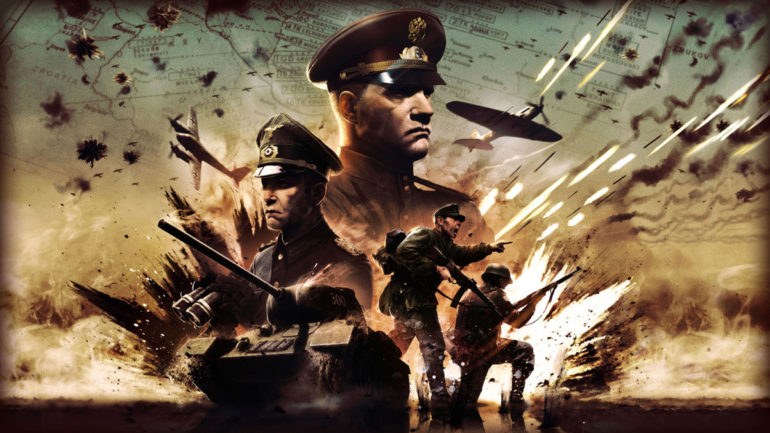 Steel Division 2 is a real-time strategy game set in the summer of 1944 during the Soviet Offensive codenamed Operation Bagration. The multiplayer offering of the game sees players customizing decks or battlegroups from historical divisions of the Allies and Axis powers. In multiplayer matches, the typical objective will be to claim map specific victory points to bleed out the enemy team of tickets. 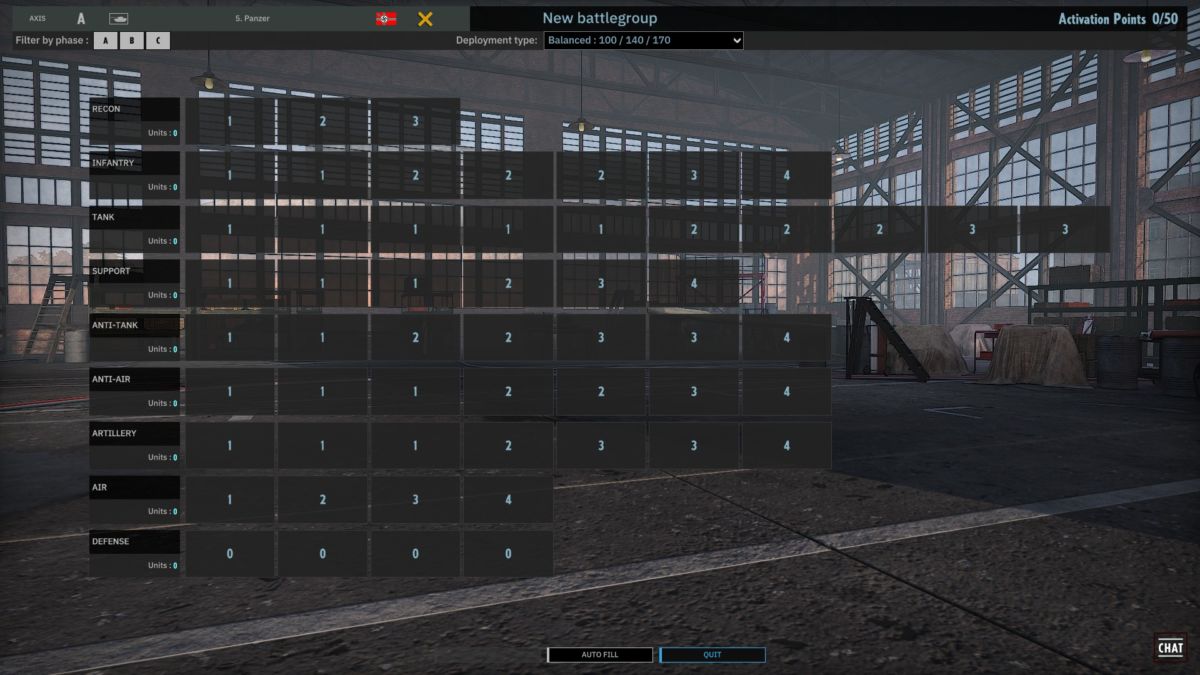 Deck-building is a major feature of Steel Division 2’s singleplayer and multiplayer modes. The player chooses a historical division, which itself has a certain distribution of activation slots indicating its specialization and the selection of units that the player may add to their deck.

There are 50 activation points for any deck and the player can spend them how they see fit to craft a formation of units that suits their playstyle. It’s important to note that activation slots get more expensive the more you add from a particular unit tab. This is the best opportunity for a player to choose the units they are most comfortable with and compose a strategy, an objective, or a specific combat goal for their deck.

Deck-building is a vital and complex undertaking that can be initially overwhelming. It takes many hours and matches to learn and optimize each deck with the right units and their availability. And as the game does not have an effective in-built tutorial, here are several tips for beginner deck-builders get a head start in developing their battlegroup composition skills. 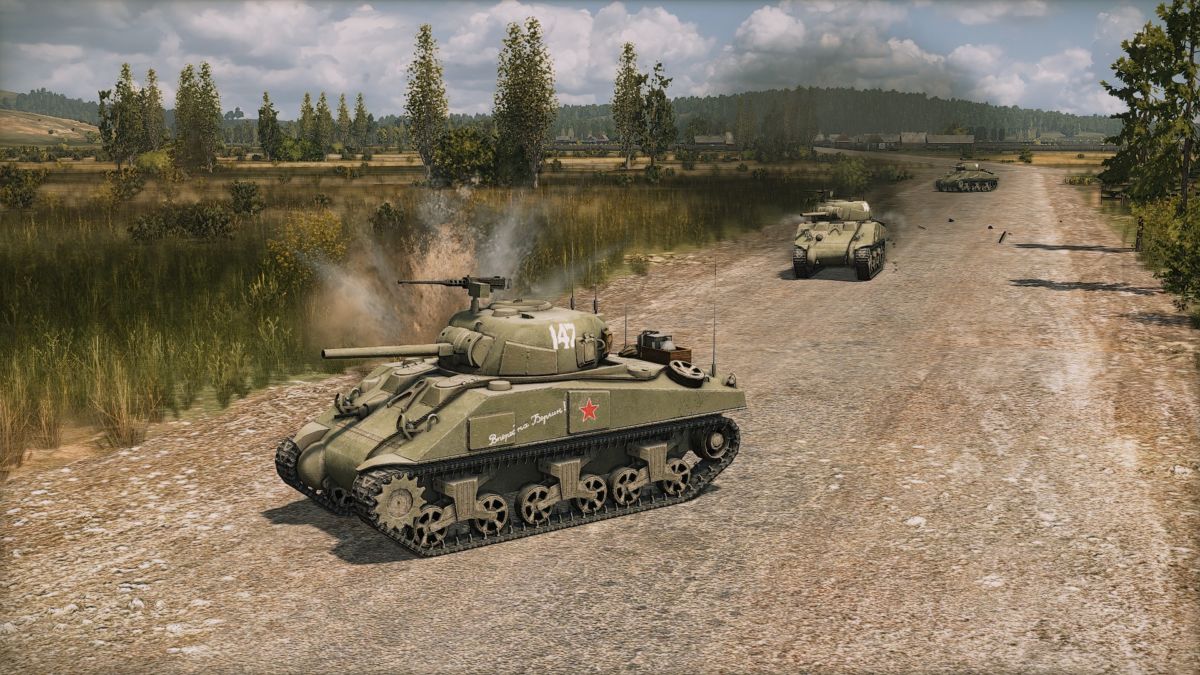 When considering a strategy and a particular deck build, it helps to choose a division that can give the best selection of units for a particular playstyle. There are currently 28 divisions, including DLC and pre-order exclusive divisions, so an analysis of all them could get exhaustive. Here’s some recommendations of both Axis and Allies divisions that fit into the game’s three main playstyles: aggression, flexible, and support.

An aggressive playstyle involves focused attacks composed of fast and relatively cheap durable units, like tanks and assault infantry, towards victory objectives to secure a quick victory. Units for aggressive playstyle favour sections of the map with rough terrain and short ranges.

For an aggressive playstyle, the Soviet 3rd Guards Mechanized Corps and the Axis 20th Panzer Division give a core of relatively cheap and aggressive tanks to form as a backbone and plenty of support units to make these divisions flexible enough to adapt to any situation. They do lack power units and will run out of steam in the long-run, but have good early game power if you can harness and use it well.

The flexible playstyle requires a more patient and adaptable approach, where the units a player takes must be able to tackle either defense or offense, depending on the evolving tactical situation on the battlefield. In this playstyle, more expensive, powerful, and self-sufficient units, as well as sufficient numbers of support units, are key to success.

The US 3rd Armored Division and Axis 14th Infantry Division offer a wide range of units with great availability and can respond to any threat, which makes them an excellent choice for a flexible playstyle. Their sufficient numbers of units in every tab and class gives them a number of tools to answer specialized threats and to effectively counter-attack. Moreover, due to the sheer variety of units, these divisions could play aggressive, support, or late-game massed assault very well.

The support playstyle is almost exclusive to team games as the support player relies on artillery, infantry and airplanes to support the team in achieving their objectives. Artillery benefits from staying away from the frontline as far as possible, with airplanes relying on good tactical control to keep them alive after dogfights and bombing runs. Infantry is meant to hold almost any type of terrain with a preference for heavy cover, like woods and buildings.

The Soviet 184th Rifle Division and the Axis 12th Tartalek (Reserve) Division are ideal for a support playstyle due to their focus on infantry, artillery, and, to some extent, airplanes. These divisions have very little striking power but possess units that can attack the enemy from afar. In the hands of a good player and with good team coordination and communication, support divisions can be an invaluable asset.

Know your strategy – Know your income

When composing a deck, the player has the option to choose from four income levels: Vanguard, Maverick, Balanced, and Juggernaut. Simply put, each of these income levels have their value peak in one of the three combat phases, A,B, or C. It’s worth noting that phase A and B both last 10 minutes and C phase lasts until the match ends.

Vanguard’s income spread is 150/120/110 for phases A/B/C respectively. This income is best for an aggressive early game focused deck. Maverick’s distribution is 120/180/80 giving a similar early-game focus as Vanguard; however, the income is essentially on a 20 minute timer, since as soon as phase C begins, a Maverick deck will have the lowest income compared to all the other income levels and will most likely be overwhelmed. Vanguard can at least keep up the pressure throughout every phase.

Balanced 100/140/170 and Juggernaut 90/120/220 are more suited for long-term play where they service decks with lots of units in the later phases of the match. For Balanced and Juggernaut to survive until their peak income, it is necessary to center gameplay around defense, patience, and efficient control of units to buy enough time to build troops in phases B and C.

The income level can help the player decide on what kind of strategy they want for their deck. The decks do not necessarily have to 100% specialize in one strategy. In fact, it is a good idea to have some flexibility within a deck so that a player may respond to a variety of threats and adapt to the developing tactical situation. 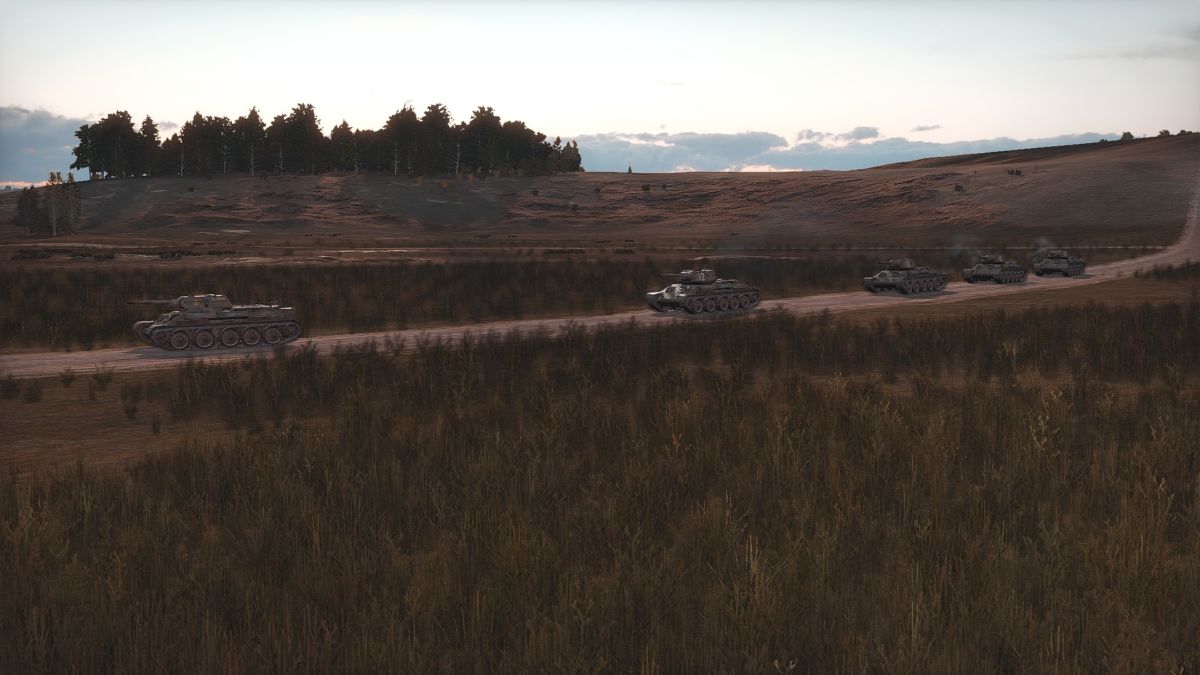 Once a player has chosen an income and decided on a particular strategy, they can move to selecting their units, as the units should fit the strategy chosen by the player. Here’s some suggestions on which units can best fulfil your strategy.

The core units for an aggressive approach are the Soviet T-34/76 tanks and the Allied Sherman tanks. These tanks are quite cheap, well-armored for their low price, have decent weaponry, which is functional at close-range, and boast an above average speed, which gives them momentum and flexibility of repositioning. The Allied divisions in general have units that fit an aggressive strategy well.

Strong, resilient, and expensive units are best used for a flexible or long-term strategy. Examples of these units are the German heavy tanks like the Tiger or the Panther, along with the Soviet T-34/85s. These units are typically more expensive than units meant for aggression and can usually fight effectively in fewer numbers and with less support than aggressive units. However, they do require more micro control to maximize their effectiveness.

Finally, units that can attack enemy units from afar without retaliation are best for a support strategy. Heavy artillery and airplanes are excellent at fulfilling a support role as they themselves cannot hold ground or fight in close quarters, but instead help soften or pin down enemy units for other more mobile or self-sufficient infantry and artillery to claim objectives. Core units for a support-oriented deck would be large numbers of medium 105 mm and heavy 122-280 mm artillery, as well as bombers like the Heinkel 111. These units have both impact and reach that can suppress or eliminate targets in fortified positions and can only be answered by counter-artillery fire and anti-air units.

Once a player has chosen the units they want to take to fit their strategic role for their battlegroup or deck, they need to decide on whether they want quality or quantity of units. The answer to this dilemma lies in the scale of the match, as well as the strategy of a deck. For example, for an aggressive deck, it is generally more important to have quantity of units with lower veterancy, so that each individual unit is not necessarily at maximum potential effectiveness, but when massed, these units fulfill an aggressive role.

In smaller matches like 1v1s or 2v2s, it may make more sense to take units with higher veterancy or quality as matches tend not to last too long and veteran units may make more of an impact. 3v3 matches or larger may require more numbers as these types of games will last longer, which will demand more resources. Moreover, in larger matches, the need for good micro control is less important, and hence good control of numerous units make more of a difference in large games then microing or maximizing single units.