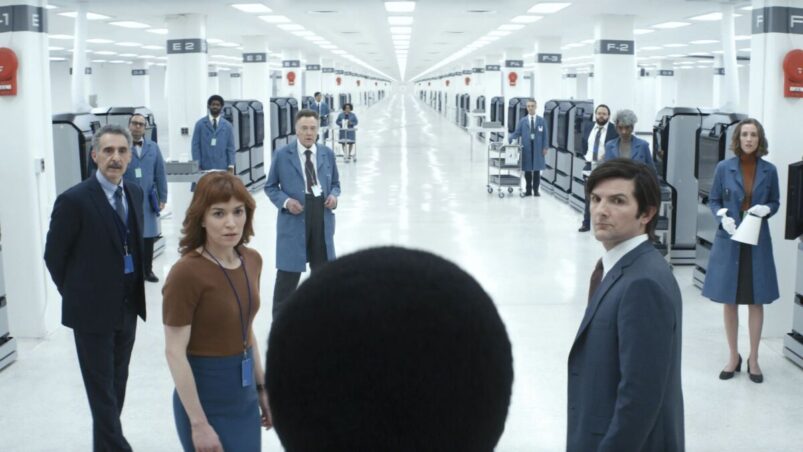 Imagine you could switch off your brain completely from the moment you arrive at your job each day until the moment you leave it. It’s something most of us would eagerly sign up for, but would we be making a huge mistake? This is the question at the heart of Severance, the outstanding new sci-fi psychological thriller currently streaming on Apple TV+.

Severance introduces us to Mark (Adam Scott), one of a subset of Lumon Industries employees who’ve undergone the controversial medical procedure that lends the show its name. “Severed” individuals like Mark and his co-workers Irving (John Turturro) and Dylan (Zach Cherry) have their work memories completely walled off from their personal memories. In practice, this means that when they’re in the office they’re completely different people to when they’re outside it – they’re each two autonomous halves of the same person.

Mark and his colleagues initially seem content living out their strange, shared half-existence, which is ruled over by their domineering boss Ms. Cobel (Patricia Arquette) and her flunky, Mr. Milchick (Tramell Tillman). That all changes when a new employee joins the team, Helly (Britt Lower), who refuses to accept her sub-standard severed existence. Helly’s rebelliousness – coupled with the mysterious return of Mark’s work BFF, Petey (Yul Vazquez) – pushes Mark to investigate the truth behind both Lumon and its severance program. What he discovers soon points to a sinister conspiracy that stretches far beyond the company’s walls.

Not only is Severance’s premise arresting, but it’s also plainly satirical. Director Ben Stiller and showrunner Dan Erickson milk the show’s high concept for all its worth, touching on everything from the way big corporations exploit their employees, to employees’ occasional complicity in allowing this to happen. Along the way, Severance also takes sly jabs at performance incentives, faceless boards, and corporate mythologising. For the most part, Stiller and Erickson handle these weighty subjects with an admirable deftness across this first nine-episode run, only occasionally veering over into more heavy-handed territory as the finish line approaches.

Not that you’re likely to notice, thanks to mystery-thriller plot elements layered on top of Severance’s satire. The show’s twisty narrative pulls us in from the very first scene, gradually piling on more and more clues for us to piece together in a way that’s equal parts maddening and addictive. And while we’re busy playing armchair detective, Theodore Shapiro’s paranoid score keeps us feeling uneasy – like Mark, Helly, Irving, and Dylan, we’re simultaneously desperate for answers and terrified of what we’ll find.

This unsettling atmosphere is heightened by Jessica Lee Gagné and Matt Mitchell’s cinematography, coupled with production designer Jeremy Hindle’s set designs. The way Gagné and Mitchell compose and shoot scenes highlights the isolation of our core cast of characters, even as it paradoxically creates the sensation that they’re always being watched by unseen eyes. Hindle adds to this with his retro office cubicle designs, casting them as an island adrift from time and space (like their occupants), and Lumon’s labyrinthine hallways, which echo the disorientation of not just Lumon’s employees, but the viewer, as well.

Yet what sets Severance apart from similar efforts like Westworld – speculative sci-fi shows with big budgets and even bigger thematic and artistic ambitions – is how emotionally engaging it is. Sure, the show is intellectually stimulating, but it’s not the creepy numbers or inexplicable goats (yes, goats) that keep us coming back each week, it’s Mark and his co-workers. Mark’s journey in particular – his decision to quite literally work through his grief, rather than confront it – is so relatable that we immediately connect with it.

Credit then to Adam Scott, who delivers a disarmingly raw performance that will come as a surprise to viewers who only know him as Parks and Recreation’s loveable nerd Ben Wyatt. Scott pulls off a masterful double act here, convincing as both Mark’s prickly, tormented “outie” and his blissfully unaware, half-formed “innie” counterpart. Both versions of the character have the potential to be uninteresting, even unlikeable – Mark’s “outie” too broken, Mark’s “innie” not broken enough – yet Scott makes us root for both. It’s an amazing effort.

Scott’s not the only cast member who brings their A-game, either. There’s not a weak link in Severance’s acting line-up, although there are nevertheless several stand-out performers. One of these is Turturro, who brings impressive nuance to officious company man Irving. Turturro really sells the idea of a 60-something blank slate who’s forged an identity for himself from Lumon’s romanticised history, and there’s a tenderness to the scenes between him and Christopher Walken’s Burt that’s nothing short of beautiful.

The other stand-out is Arquette, who like Scott is saddled with two roles and who also proves more than up to the challenge. In some ways, Arquette has a tougher double act, though. As Cobel, she’s mostly called upon to exude quiet menace and the odd histrionic outburst, which could have come across as one-note. Meanwhile, when Arquette portrays Cobel’s alter-ego Mrs. Selvig, she’s all exaggerated, vaguely European accents and quirky affectations – a recipe for unintentional camp in the wrong hands. Yet the Oscar-winning actor somehow sticks the landing on both, presenting a believable portrait of a woman who’s sold her soul (and quite possibly her sanity) to her job.

Taken together, all these elements – the writing, direction, cinematography, production design, and acting – amount to near flawless television. Indeed, the only real drawback to Severance Season 1 is that there isn’t more of it. Fortunately, this is only a temporary shortcoming. Apple+ recently announced it was renewing Severance for a second season, which means we won’t have to wait long until we’re back inside Lumon Industries alongside Mark and the gang. Thank goodness for that, too – because as Season 1 so comprehensively proved, Severance is a trip to the office that’s actually worth looking forward to.

READ MORE: 5 Matt Berry Shows To Watch If You Enjoyed Toast Of Tinseltown 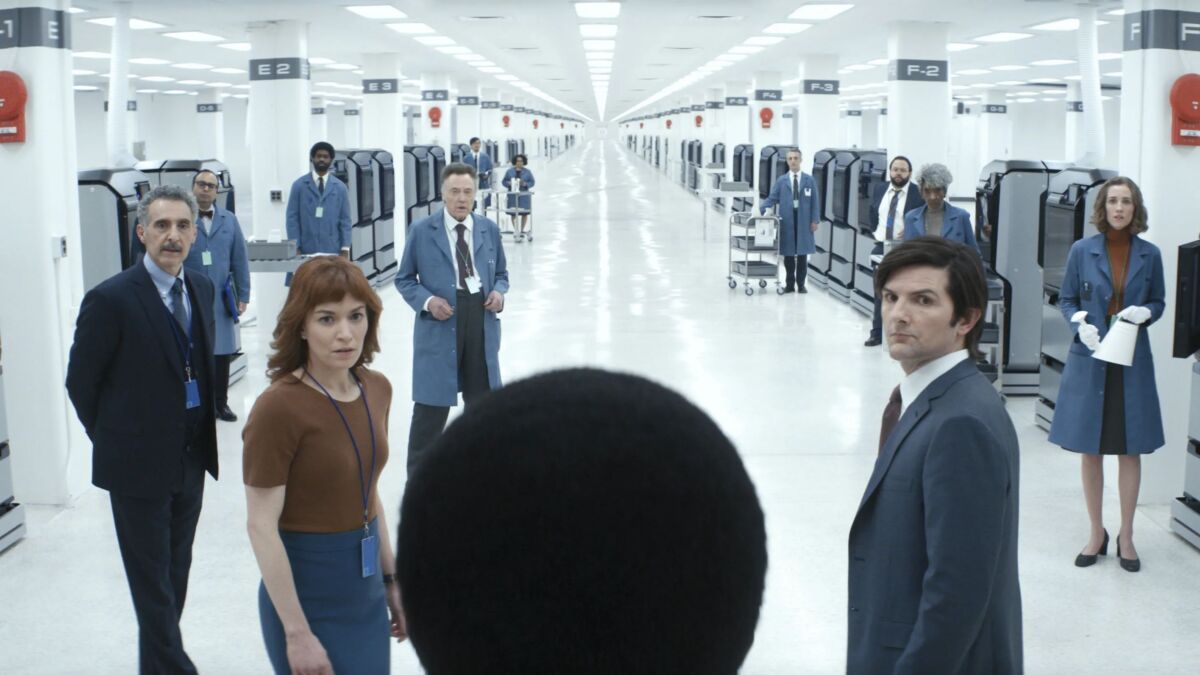 Verdict
Severance’s ingenious premise, stellar production values, and top-shelf performances make it a workplace show you’ll want to punch in for.
9.5
Cultured Vultures is a pop culture website established in 2013 covering all things gaming, movies, and more. We eat your words.
All The News On The Biggest Games