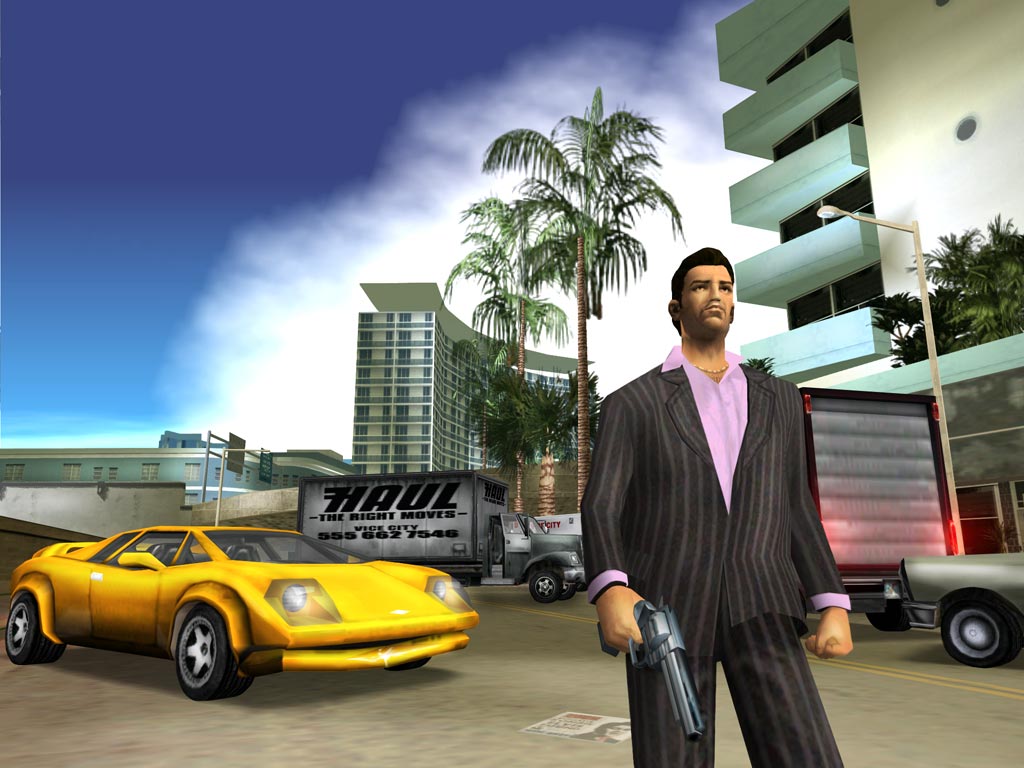 ‘‘He killed my brother, what did you expect me to do? Mow his lawns?”

On the 8th of November 2002, Rockstar North brought us Grand Theft Auto: Vice City. This is the sixth Grand Theft Auto title and the second that’s played from a third person perspective instead of a birds eye view.

You take the role of Tommy Vercetti (voiced by Ray Liotta) in the height of the 80’s just after he’s released from prison. After arriving in Vice City you get put with Ken Rosenburg and the huge cocaine deal that follows goes wrong which sets you up for the rest of the story. Cue the colourful cast, such as: Ricardo Diaz, Lance Vance, Kent Paul, Candy Suxxx, Phil Cassidy, the Love Fist boys and many more.

The gameplay is much like its predecessor only smoothed out around the edges, some new additions in this title are motorbikes, helicopters, new weapons and purchasable properties that you can spruce up and make money from. Now I understand that music is always an opinion but my opinion is that this game had the best soundtrack of any game ever.

Graphically it’s not that much of a leap away from Grand Theft Auto III but it’s so much more colourful and alive, Vice City actually holds the crown for best GTA in my books, and apparently everyone else’s too because it was the best selling PS2 game of all time.

From the vibrant beaches to the gang war ridden streets of Little Havana this game held so much depth compared to its predecessors, although in fairness this is nine times out of ten the case with all games. With Vice City remaining a lot of people’s personal favourite Grand Theft Auto game, it must means the further instalments missed out on some of this game’s DNA.

You could get involved with so many things, selling drugs out of ice cream vans, street races, rampages, all the usual taxi, police and ambulance style missions leaving awesome unlockables at your safe houses and once you finish the brilliantly thought out story you unlock the best safehouse ever to appear in a Grand Theft Auto game, the Vercetti Estate on Starfish Island!

Grand Theft Auto: Vice City will be hitting stores on the 8th of November, 12 years ago so make sure to get a copy and check it out!