Not Everyone is Special by Josh Denslow REVIEW

Josh Denslow's debut collection is a quirky set of stories about lovable losers. 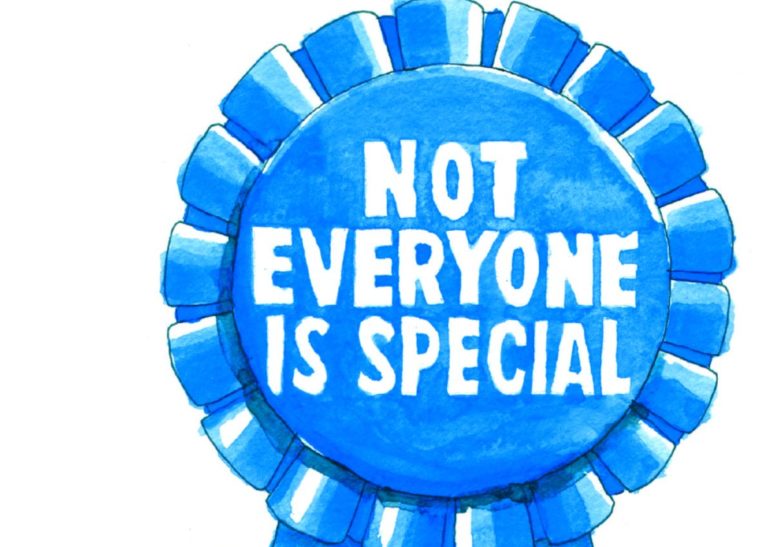 The title of Josh Denslow’s debut collection is a perfect description of the characters that inhabit his stories. They’re certainly nobody’s idea of special. They’re broke, divorced, living with their parents, and going nowhere in life. Despite that, they take their loserdom in stride and still do their best.

Denslow establishes the mood of the book in the opening story “Too Late for A Lot of Things.” Keith is a little person (though he insists he doesn’t have dwarfism, he’s just small) who works as an elf for a year-round Christmas-themed amusement park. He deals with his feelings for a normal-sized co-worker and his resentment for the man that works as the Santa Clause. Keith is an outcast who can’t see himself doing anything else but his shitty job. At one point, he parks outside of the bar the Sana Clause is drinking in after work, contemplating running him over. In the end, however, he decides to give him a ride home. He’s won a minor moral victory, as insignificant as it is.

In the titular story, Cameron inhabits a world where all but five percent of the population has some kind of superpower. They range from things like invisibility, like one of his daughters, to less useful ones like making the wrinkles disappear from any sheet by touching it, like his ex-wife. However, despite all of his efforts, he’s not been able to discover his power. He refuses to accept he’s in the minority with no power. He wants nothing more to discover his power so he can win his ex-wife back and protect his daughters from any danger. He is a deeply flawed man, and somewhat naive, but he’s still very likable and I found myself rooting for him through the whole story.

Denslow’s humor in the book is excellent. In the story “Punch,” everyone is issued two vouchers by the government every year allowing them to punch anyone for any reason with no legal consequences. The narrator inherits his brother’s vouchers after he commits suicide. Shortly after, he’s hired by an illegal underground ring that hires people with extra punch vouchers to punch people when the buyer as no more left. As he hunts down and punches his targets, being pursued by the police in the process, he realizes his brother left him his cards so he can use them on a specific person. This is a hilarious and creative story with a crime element that still maintains the theme of losers working to win minor victories in everyday life.

Not every story has a speculative element. In “Blake Bishop Believes in True Love,” the title character inherits his mother’s house after she passes away. Soon after his uncle, who calls himself Tourniquet, hires him to use the house as a base for his various illegal operations. One day, Tourniquet forces Blake to take in a stripper named Poppy. The story is full of excellent dark humor, such as Blake being forced to help one of Tourniquet’s incompetent lackeys bury a dead body, and the relationship between Blake and Poppy feels very sweet and genuine.

The flash fiction stories in the book are very effective as well. In “Bio,” Denslow tells the story of the author of Peter Frumkin through a collection of bios from his short stories and books. “Consumption” is a single-page Palahniuk-esque story about love expressed in very unusual ways.

The only story that didn’t work for me was “Extra Ticket.” It’s about a young man named Franklin mourning the suicide of his best friend with the same name. While it has its emotional moments, it lacks the humor and creativity of the other stories. Verdict
Not Everyone is Special is an excellent collection of quirky, funny, and creative stories about lovable losers. Any fans of short stories will find a lot to enjoy here. This is Josh Denslow's first book and I very much look forward to what he comes out with in the future.
9
Cultured Vultures is a pop culture website established in 2013 covering all things gaming, movies, and more. We eat your words.
All The News On The Biggest Games