Home
Gaming
Outriders: How To Earn And Use Titanium
Gaming

Outriders: How To Earn And Use Titanium 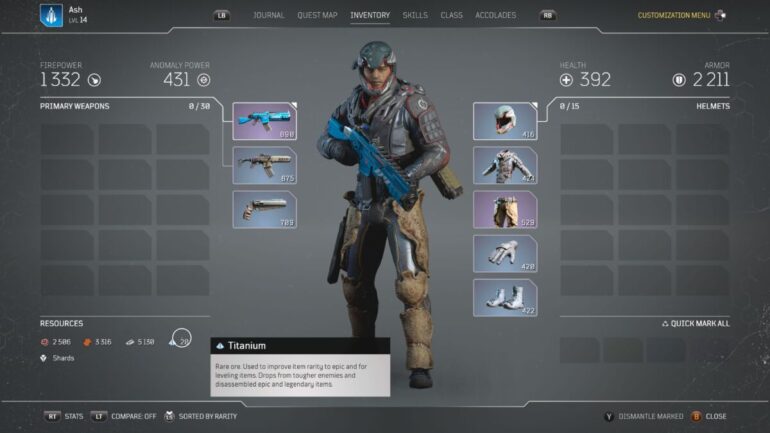 Outriders, the looter shooter from Square Enix and People Can Fly, is now available to play on PC, PS4, PS5, Xbox One and Xbox Series X | S, and it’s even available as part of Xbox Game Pass. The game allows fireteams of up to 3 explore the hostile planet of Enoch, find loot and create the best builds possible.

Unfortunately, there’s a lot of resources to try and wrap your head around when playing Outriders, which could be a little confusing for some players. One of those resources is Titanium; here’s everything you need to know about it.

Titanium is the high-end resource in Outriders, and functions much in the same way as Iron and Leather does. Titanium is earned as a drop from defeating tougher enemies, or from disassembling epic and legendary items.

The resource is then used as part of the crafting process, either to level up epic and legendary gear, or to improve the rarity of rare gear into epic gear. Titanium is a lot harder to come by than iron or leather though, so make sure you use it carefully, particularly early on. That said, its use can also make those harder World Tiers just that little bit easier.

READ MORE: Outriders: How To Earn And Use Scrap