More than an hour's worth of fun here. 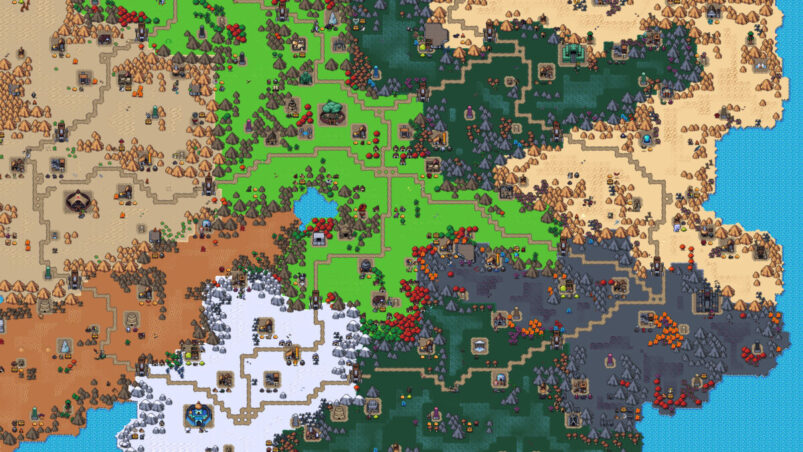 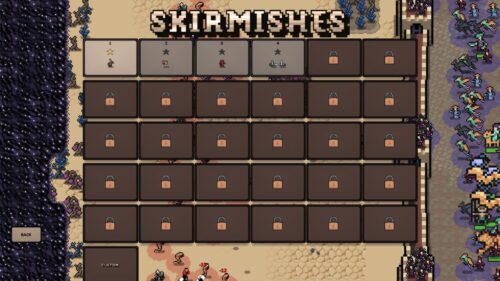 Ever since the seventh installment in the Heroes of Might and Magic series flopped and with no continuation in sight, the adventure strategy gaming subset has stayed quiet for several years. The disappointing King’s Bounty 2 has done little to help the case for this class of strategy games, so it falls to indie developers to resurrect interest in these types of games. Can Benjamin Hauer’s Hero’s Hour be the first signal of a renaissance for adventure strategy games?

Hero’s Hour invites the player to select a faction, build up their town, fight treasure guards and roving armies for loot, and level up friendly heroes. Ultimately, the goal in any given match is to defeat the enemy heroes and take their cities to secure dominance over the map.

When two armies meet, players will take command of their forces in an auto-battler style real-time tactical engagement where you can give general movement and stance commands, as well as cast spells, but the fighting happens automatically. Players can experience the strategic and tactical modes in the headline campaign mode or in skirmish challenges.

From a presentation standpoint, Hero’s Hour mostly knocks it out of the park. Graphically, the simple pixel art style gives the game world a vibrant and readable appearance, especially on the strategic map. However, readability goes down when the screen gets busy with more detailed city screens and large tactical battles making it difficult to see important details and troop formations easily.

The audio department is definitely the standout here in both the variety of music styles and setting the game’s tone. The music really gives Hero’s Hour a sense of light-hearted whimsy that varies from calm and wondrous on the strategic map to hectic and pulse-pounding in combat. Unit and world sound effects are hit-or-miss, but they get the job done in livening up the world.

The UI and information presentation are generally serviceable with several annoyances hampering some of the game’s readability. For example, there’s no clear indication in-game of unit faction allegiance and the lack of a tactical battle zoom feature makes it hard to enjoy the action and give granular commands.

Hero’s Hour has a number of gameplay strengths that make it an enjoyable adventure strategy experience, the first of which is its snappy quick pace. The strategic layer isn’t overly mired in complicated systems to manage and track, which lets players focus more on the adventuring aspect.

This isn’t to say that the strategic systems, such as hero management, treasure hunting, and campaigning, are shallow. They’re implemented in such a way that they don’t bog the player down in analysis paralysis and halt the game’s flow.

The most impressive facet of Hero’s Hour is undoubtedly the strategic variety. This includes an impressive eleven factions with distinct rosters, abilities, and hero classes, as well as an intriguing unit choice system within each roster. Not only are the factions distinct in their tactical playstyles, but the sheer number of them increases the replayability of Hero’s Hour all the more. It also helps that each faction has its own roster of unique heroes that approach warfare in their own way, adding more elements for players to consider in their decision-making.

Regarding the unit choice system, every faction has six tiers of units associated with their faction that are available for recruitment in faction-aligned cities. Depending on the specific faction, at any given tier, players may have the option of choosing from two different units to bolster their army. In comparison, the Heroes of Might and Magic series typically gave players seven tiers of units, but no flexibility of choice within each tier.

This system not only makes each faction feel all the more varied, as players can try different army builds it also gives you the opportunity to adapt to your opponent’s decisions and shifting strategic landscape. Such a system adds a novel layer of competitive dynamics to this type of strategy game.

A further advantage to Hero’s Hour gameplay is its overall challenge level. Even on normal difficulty levels, the game won’t let you steamroll what it throws at you until the later stages of the session. Granted, the AI of the opposing factions isn’t too good, but it’s the combination of these opposing factions, difficult roving armies, and treasure guards that respawn with new treasure once in a while that’ll keep players on their toes.

Finally, Hero’s Hour has a robust roster of maps and an extensive list of match customization options that will give players a chance to try them out in all sorts of scenarios. It definitely helps the game’s longevity when players have control over the match conditions to keep coming back and trying new strategic challenges.

Hero’s Hour does have a few nagging issues that keep it from legendary status. The first of these concerns is a slight lack of originality that breaks some of the world’s immersion.

In my playthroughs, I noticed a number of graphical assets and stylistic choices that seemed to be ripped straight from or are uncannily close to the architecture and buildings used in games like Heroes of Might and Magic 5. This won’t bother most players, especially those unfamiliar with the series, but for those who are veterans or are familiar, this may come across as odd and indicates where the developers cut some corners. Luckily, these elements aren’t as invasive in their homage to its source material, as say Iron Harvest was at launch, but these details could put some players off.

The more frustrating issue with Hero’s Hour is a complete lack of an online multiplayer mode, which is a big missed opportunity that may inadvertently affect its shelf life. While the game does offer offline hotseat cooperative or competitive options, the lack of an online mode is noticeably absent, especially due to its quick pace and competitive bent.

From a technical standpoint, Hero’s Hour sports an impressive options menu for such a humble game. The only things it lacks are at least a few expanded graphics options. Performance-wise, meanwhile, Hero’s Hour ran smoothly with no noticeable frame drops or crashes, so anyone who meets recommended system requirements should be able to run it with little issue. I didn’t encounter any gameplay bugs, except for some rare description typos and missing words.

Hero’s Hour definitely gives hope for the return of adventure strategy games. Its quick pace, faction variety, and wonky but cute pixel art style and solid music undoubtedly give the game plenty of strategic depth, and a fun charm. The lack of a robust online mode does raise questions about the game’s longevity in the long term, though. Nevertheless, Hero’s Hour is a fun, fast-paced strategic adventure that’s well worth your time. 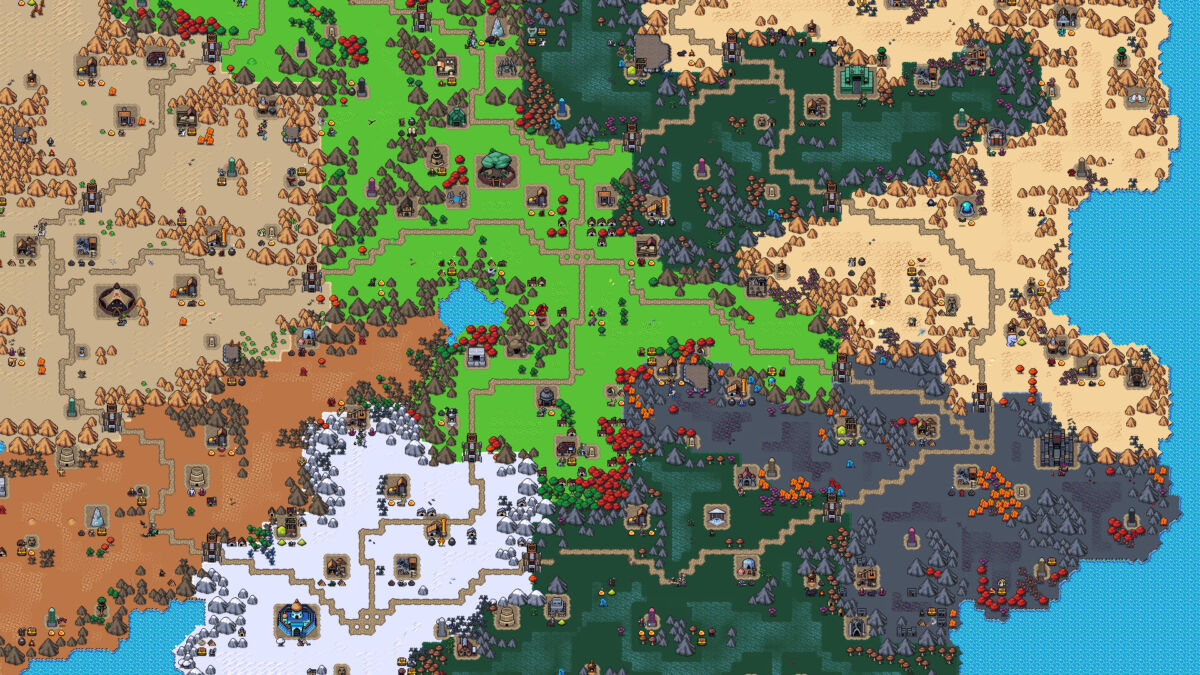 Verdict
While a lack of online modes may limit the game’s shelf life, the excellent faction variety and snappy pace give Hero’s Hour an undeniable charm.
8
Cultured Vultures is a pop culture website established in 2013 covering all things gaming, movies, and more. We eat your words.
All The News On The Biggest Games