A game with a bounty's worth of issues. 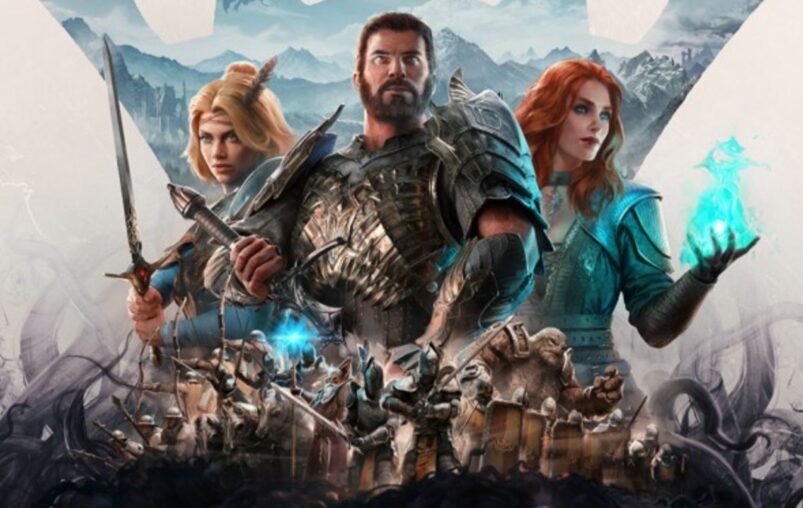 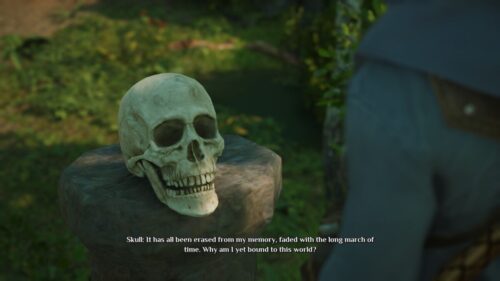 This year in strategy gaming has seen quite a number of revivals and returns for notable franchises, like Age of Empires, Knights of Honor, and now King’s Bounty, though there’s been minor spin-off titles in the franchise in the last couple of decades. It’s an excellent time for both old and new IPs to enter the market due to the increasing interest in the strategy genre, but can King’s Bounty 2 bring new life to this venerable series and reinvigorate its legacy?

In King’s Bounty 2, players take the role of one of the three available characters: the disgraced knight Aivar, the ambitious countess Katharine, and the kind-hearted maiden Elisa, who’ve been labelled as the saviors of the fantasy kingdom, Nostria. Players will engage in quests, make morality-shifting decisions, meet a slew of characters, explore for loot and secrets, and fight in small-scale tactical skirmishes.

If nothing else, King’s Bounty 2 has plenty of content for players to sink their teeth into and discover. Unfortunately, that’s the only major positive for the long-awaited sequel as everything else is only serviceable at best (with caveats), frustrating, immersion-breaking, and exhausting at worst.

Where King’s Bounty 2 really starts to crumble is in its core game design, specifically in its role-playing and narrative, which feel archaic, grindy, and unengaging. From a character standpoint, only Elisa’s motivations are clear enough and fit well into the story to make role-playing interesting, whereas Aivar is an empty brick wall, and Katharine feels inconsistent, despite having the best writing and voice acting.

There are two major philosophies of character role-playing design: the blank slate approach where the player’s actions define their character, a la Skyrim, and the focused approach where players experience the narrative through a well-defined character, such as the Witcher series. These two approaches are more like guiding principles than hard-coded rules as most role-playing games usually utilize a mix to fit the needs of the game. In King’s Bounty 2, it seems that the developers tried to go for the perfect middle-ground for their character design, but they’re not realized enough to be memorable, nor is there enough freedom for players to truly make the characters their own.

The main way the developers at 1C try to give players freedom to develop their characters is through a morality system with four different paths, but this ends up being disappointing and shallow. This system feels like window-dressing as an unengaging skill unlock and upgrade system, where the characters’ morality isn’t reflected in their dialogue. Granted, if players accrue enough morality points for one path, it’ll lock actions associated with the opposite path, but it still feels incomplete and lacking in both narrative and character impact.

King’s Bounty 2’s activities like quests, travel, and exploration all feel constrained due to the game’s limiting linearity. Exploration in particular isn’t very engaging due to unimpressive loot and absurdly easy puzzles. There’s little to do off the beaten path to really warrant careful attention from the player to catch secrets or even care for collecting scrolls and books explaining the world’s lore that don’t even save in the character’s diary for future reading.

The worst offender pervading these systems is the incessantly grindy backtracking that makes everything an exhausting chore. The slow speed of travel, poor placement of fast travel locations, one-and-done vistas, and simply the lack of events or anything to break up the monotony really grinds King’s Bounty 2’s pacing to a halt. I constantly got this feeling that I was playing a super old MMO without any sense of nostalgia masking the glacial pace.

It also doesn’t help that the control system is clunky, inefficient, and is clearly designed for consoles, without taking advantage of the PC’s sensibilities. It’s particularly apparent in army management where there are a large number of UI inefficiencies and fiddly controls. While you’re battling with the controls, it’s really hard to care as much about what’s going on in the world of Nostria.

Speaking of the game’s narrative, any interesting storylines are buried under the tedium of archaic design and RPG storytelling tropes. There’s undoubtedly a curious central mystery about a conspiracy and a mysterious magical plague corrupting the land and sapping the world of mana, but it simply isn’t worth suffering through the game’s oppressive grind just to discover the ending.

The initial premise of King’s Bounty 2 sees the player character starting as, wait for it, a prisoner who is tasked with investigating the kingdom’s problems in order to regain their freedom. This tired trope inherently takes away the character’s agency and makes it hard to care for either the main character or their taskmasters. In addition, the player is also named as the savior of this kingdom, which is yet another tired “chosen one” story trope significantly cutting into King’s Bounty 2 already limited replayability.

These well-worn narrative directions could certainly still have been compelling, but since the playable characters are mostly poorly defined and empty, they do little to freshen the experience or make the story at all meaningful. It’s doubly disappointing to see such wasted storytelling potential as there are some neat world-building ideas, like the prevalence of golems in daily society, giving the world a kind of sci-fi quality to its fantasy, alongside multiple dimensions and planes, and the treatment of magic as a kind of fuel source and everyday tool used in many aspects of life.

It’s not all doom and gloom for King’s Bounty 2 though, as the combat is the biggest highlight of the game, even if it also has some glaring issues. On the whole, the small-scale skirmishes lack any kind of significant innovation, but there is enough unit, map, ability, and spell variety to make each battle an interesting puzzle. Some engagements can also get quite challenging even with preparation, providing decent opportunities for players to exercise their tactical decision-making skills.

Combat falters in its pacing though, as there isn’t enough combat in King’s Bounty 2 to help break up the game’s overall pervasive monotony. Essentially, combat is used too sparingly and what dynamism it brings to the game is ultimately consumed by the rest of King’s Bounty 2’s poor design decisions.

The biggest issue with combat is how you are relegated to only spellcasting, severely limiting player choice. For magically-oriented characters, this makes sense, but for characters such as Aivar and Elisa, who rely more on their physical abilities than Katharine, the only thing they can do is cast spells, which takes away depth from combat. This also breaks immersion and what limited character development there is for Aivar as he’s specifically portrayed as magically unskilled and instead proficient in all things war.

Also, aside from army stat and magical ability buffs, character equipment has a minimal effect on combat, which not only arbitrarily limits player tactical options, but makes equipment matter very little, especially non-magical equipment. It’s quite frustrating to see a character with a shiny new crossbow or sword who isn’t able to use it on the battlefield to help their troops. It has the additional effect of making characters feel small and inconsequential, despite their supposed savior status in the story.

Aside from the halfway decent combat, King’s Bounty 2 is visually colorful and bright, but the aesthetic design language isn’t particularly memorable, except for a few interesting vistas and locations. On the whole, the game is fine graphically, yet there are plenty of noticeable minor issues that break immersion and point to a lack of polish, such as character model and clothing texture clipping, noticeable pop-in when loading, and ugly texture detail, especially on larger structures.

The UI during exploration and role-playing, meanwhile, is decent with indications for important commands and a helpful compass to keep players oriented in the world. That said, combat UI isn’t as helpful and is far clunkier due to a lack of tooltips and quality of life elements to easily read unit information.

The audio design and writing do fare better, but not by much. The music may be uninspired, but the sound effects for units and spells have enough quality to give combat life and a sense of dynamism. Character interactions and voice acting throughout are probably the most fun and immersive elements of King’s Bounty 2, but the immersion here also takes a hit from odd moments of dialogue incongruity, minor typos, and, most noticeably, the same voices repeating over and over in conversations.

From a performance standpoint, King’s Bounty 2 mostly ran well, but also has some clear lack of polish and optimization. I constantly encountered short periods of frame stuttering in larger cities or even randomly while traveling and exploring. While not a highly demanding game, players who meet recommended specs should be able to run the game without much issue, but should expect similar or worse occasional frame stuttering.

The options menu is pretty decent, giving players enough customization options to tinker with. Aside from the aforementioned visual jank, I didn’t encounter any game-breaking bugs or crashes except for some odd mouse acceleration issues, which can easily be dealt with in the options menu.

Alas, this isn’t the rebirth the King’s Bounty franchise was looking for. It’s extra sad to see that the developers care for this franchise and have put a lot of effort into it, but it just seems that their lofty ambitions were severely limited by either design missteps, a lack of experience, a low budget or all three. King’s Bounty 2 does little to help the series escape the shadow of its far more successful spiritual successor, the Heroes of Might and Magic series.

I get the same feeling with King’s Bounty 2 as I did with Stronghold: Warlords, which was also sadly limited by an archaic design philosophy, as well as an outdated game engine. But, whereas the latter did its best to actually bring something new to the table, King’s Bounty 2 is devoid of any mechanical or feature innovation and any minor fresh world-building ideas are insignificant compared to the disappointing design, tired tropes, and general mediocrity. Only diehard fans of the series are recommended to try this game, while everyone else won’t miss out on much. 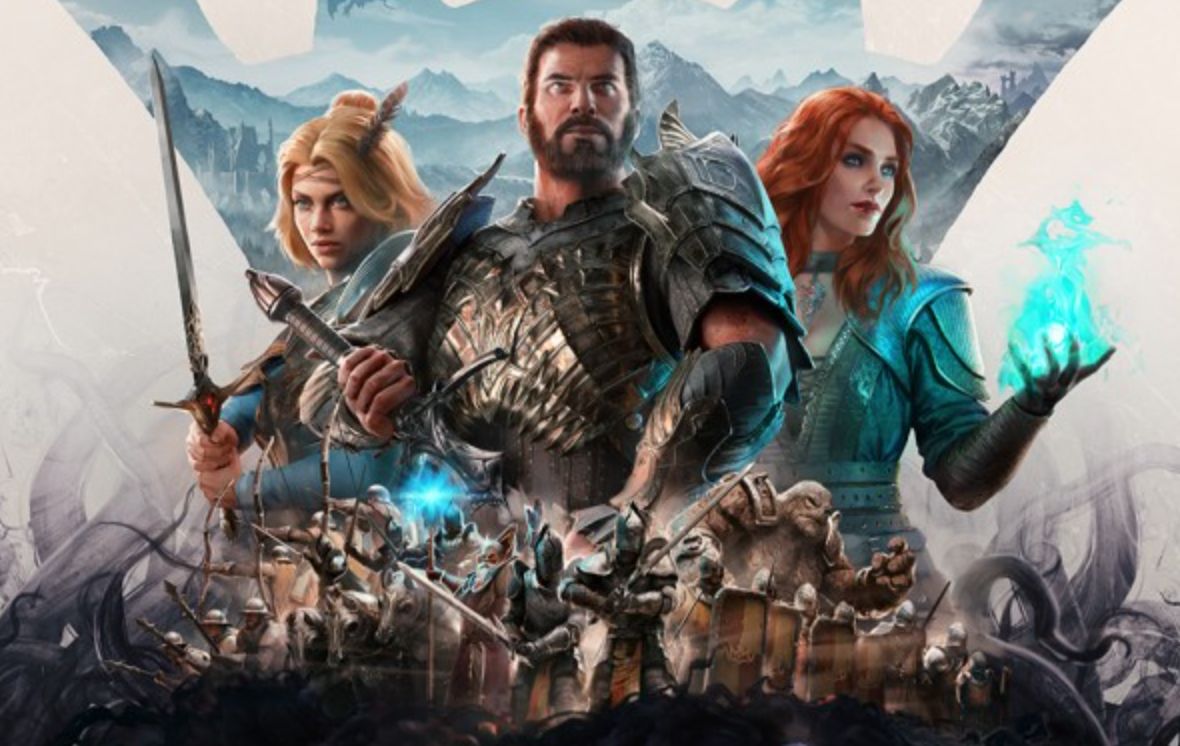 Verdict
Just like many of its undead characters, King’s Bounty 2 fails to revive a venerable franchise due to its lack of innovation, archaic design decisions, and grindy backtracking.
4
Cultured Vultures is a pop culture website established in 2013 covering all things gaming, movies, and more. We eat your words.
All The News On The Biggest Games