Though good in places, Stronghold: Warlords can't help but feel a tad outdated. 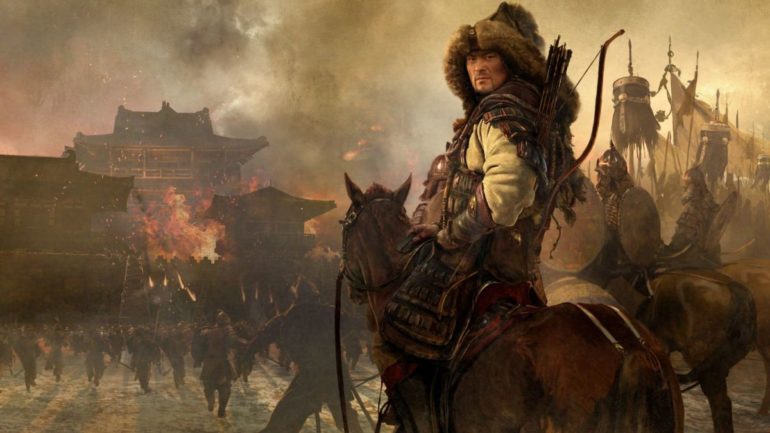 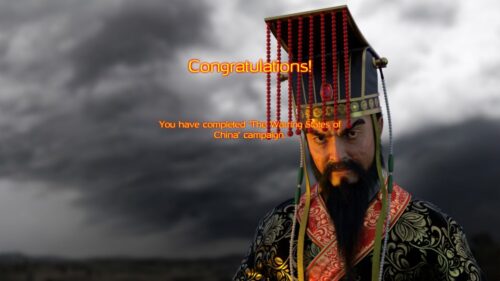 The Stronghold series is strapped by its own arcane design philosophy. Stronghold: Warlords is the most recent installment and while the developers have taken steps to innovate their flagship series, the success of these innovations altogether is painfully mixed.

At its core, Stronghold: Warlords is virtually the same as every past title, most notably in its solid central gameplay loop. Players will have to construct a variety of resource buildings to keep their population of peasants happy and their economy growing, while at the same time masoning mighty castles and recruiting troops and siege engines to do battle with other lords in real-time. All of this combines to create quite the fun, engaging, and exciting mix of gameplay facets.

Warlords is also chock-full of modes, which gives players plenty of content to sink their teeth into. There are five campaigns, a skirmish mode with a wide range of customization options and a decent number of maps, a free build mode, and of course PvE, PvP, and co-op multiplayer. The skirmish, free build, and multiplayer modes have the most amount of replay potential as the campaigns are primarily treated as linear extended tutorials with set objectives.

The choice of setting and art direction are a breath of fresh air for the series, as the previous games were mostly focused around medieval European architecture and culture, even in those set during the Crusades. The visual design of the units and the types of buildings all reflect Far Eastern architecture and aesthetic style quite well, though there’s an overemphasis on Imperial China as the main cultural representative compared to Mongolia, Japan, and Vietnam. Nonetheless, it’s certainly commendable that the developers chose to tackle a less familiar historical and geographical area for the series.

On the topic of units, Stronghold: Warlords has excellent unit diversity from the three main recruitment buildings: Barracks, Military Academy, and Siege Camp. The Barracks gives access to a wide range of low-tier and high-tier units each with their own specific roles, while the Military Academy provides players with specialist units to diversify their forces even further.

The Siege Camp brings all the crazy and powerful siege equipment from the humble protective mantlet and simple catapult, to the explosive fire ox and novel mortar. Oddly, though, sapper units have been omitted from the game altogether. Despite that, it’s safe to say that when it comes to Warlords’ military options, players have plenty of ways to compose and diversify their forces.

The highlight mechanic of Warlords is the eponymous Warlord system, which places a number of varied NPC lords around a map with their own retinue and castle. Players can either take these warlords by force or ally with them using the new Diplomacy Points resource. Once a lord swears loyalty, they give a passive bonus to the controlling player and a range of active options, such as sending food and other resources, to launching attacks against other lords or players.

The strength of this Warlord system is twofold: use of unused map space and increased strategic and tactical options. In the Stronghold series players don’t have the entire map to use to build and gather resources, which meant that there would be dense pockets of activity around player spawn areas, but the rest of the map would be pretty empty. The warlords fill out the maps with points of interest that players can now interact with and utilize more of the battlefield.

There is also a fair number of warlords, each with their own effect and this variety feeds into the second strength of this system: increased player strategic and tactical decision-making options. Where previously there was no substantial reason to differentiate from established build orders and strategies, warlord perks and actions open up alternative avenues for players to explore and adapt to, meaning greater opportunities for creative and flexible strategy and tactics.

Along with warlords, gunpowder makes a welcome appearance in Warlords, essentially replacing pitch and fire traps, while adding new units and capabilities. Gunpowder has greater use in Warlords than pitch ever did, not to mention an expanded production chain, as it is needed for the construction of new defensive structures and the recruitment of new siege engines, like the fire arrow cart or hwacha and rocket launcher. Curiously, firearms-equipped arquebusiers or musketeers are absent, despite the chosen setting and mechanics.

Unfortunately, everything positive about Stronghold: Warlords is severely brought down by the game’s archaic engine and design philosophy, feature implementation issues, and clear missed opportunities for innovation. The ancient engine and design approach can be best seen in the lack of accessibility options and the UI, an awkward and clunky control scheme for units, and the limited scale of the game.

There’s quite a bit of vital information presented to the player in Warlords and for a strategy game, it’s crucial for players to have easy access to information to make informed decisions. While not necessarily poorly designed, the UI is too small and will likely strain eyesight for many players. Small elements aren’t inherently bad, but since nearly every important element can be difficult to see, it simply points out the sore lack of accessibility options for the UI and the rest of the game.

The unit control scheme is essentially exactly the same as the original Stronghold, 20 years ago, with all of its faults. It looks as though nothing has been done to improve the player’s ability to control units, their formations, and behavior. This has an added effect in that it heavily hampers the good unit diversity in the game as it’s incredibly difficult to control large formations of varied units.

This issue is further compounded by baffling, unclear, and downright braindead unit pathfinding. This extends to both military units and workers. There have been multiple occasions where a mission would essentially fail because a fire would start and even though I had sufficient water pots with stationed workers nearby, somehow the worker AI would decide to send a worker from a water pot from the other side of the map.

Unit stances are still unclear in their effect on unit behavior and positioning. Players can forget about using stances altogether if they want to have a mixed unit formation. And if players decide to go for large numbers of grouped units, there is no command-and-control system to order these groups, making unit control unnecessarily fiddly, exhausting, and frustrating.

The biggest culprit to Warlords’ archaic nature is its constrained scale. Each player and warlord takes up an estate with set boundaries. Because it seems that skirmish map sizes haven’t changed much, the set total territory is split amongst more entities, where the warlords take up way too much territory for what they offer. The effect is that players have less room to creatively build and develop their fortifications and economy and the warlords don’t offer enough options to substitute or compensate for the reduction in scale. (A caveat here, this critique is more relevant to balanced skirmish maps and less so to free build and scenario maps).

The constrained scale also extends to the unit cap, which is far too small with the introduction of the warlords. The issue here is that warlords don’t necessarily have sufficient garrisons to protect themselves adequately from constant enemy attack and the game even encourages players to divert units to warlords to defend them and keep them loyal. These small detachments will inevitably add up and diminish whatever other forces players may have to use for offensive operations, making climactic engagements small and unimpressive.

Regarding implementation issues of warlords, the main problem arises from the lack of a priority system in warlord influence. The game doesn’t make it clear whether military or diplomatic control over a warlord takes precedence when several players are vying for control. This will lead to situations where warlords will change loyalty in rapid succession, which essentially neutralizes them. Moreover, in close diplomatic struggles for control over NPC lords, players will have to constantly open the warlord menu, which is incredibly fiddly and annoying. On top of that the AI isn’t particularly impressive in its interactions with the warlords themselves.

The final major issue of Stronghold: Warlords are two missed opportunities to innovate the series: unique faction identity affecting gameplay and multiplayer. There are four factions in the game: China, Mongolia, Vietnam, and Japan. However, in classic Stronghold fashion, they are all merged into one generic superfaction that borrows elements from each culture.

There are hints in the game, excluding the faction-specific campaigns, of different faction lords having even the slightest minor effect on gameplay. Unfortunately, this concept is only ineffectually teased. As it currently stands, the single unchangeable combined faction reduces replayability and provides little mechanical reason or otherwise for players to develop their strategic and tactical decision-making.

Multiplayer is exactly the same as it was with Stronghold: Crusader 19 years ago where a maximum of four live players can participate. There are maps with up to eight players, but in any given match there can only ever be four human opponents, forcing mixed PvP-PvE setups for games with more than four. This is just further evidence that the engine is ancient and there’s been little effort to improve and expand multiplayer.

The music is fitting for the setting and there are several decent tracks, but there isn’t much of it and it’ll also get repetitive pretty quickly. The voice acting and dialogue is quite good, but the choice of mixing native language for some units with English on others is jarring. In addition, for some odd reason there’s a complete lack of Mongolian representation in voice acting. China gets the bulk of units and Japan and Vietnam only get a handful. Sad to see the emblematic unit of the Golden Horde, the horse archer, not speaking Mongolian.

Technically speaking, Stronghold: Warlords is mostly stable. There is some jank in unit and entity animations and I experienced a few crashes. The performance on small-scale games is fine, but in the late-game of four player or greater matches, Warlords started to chug and drop some frames even on an i9-9900K CPU and RTX 2080 Ti GPU. Oddly, these frame drops would get really bad with announcements from AI lords. Clearly there are some optimization issues that need to be looked at.

Stronghold: Warlords is a frustrating mixed bag of a game, but there’s undoubtedly fun to be had. Its foundational systems still hold up and there is certainly effort in the attempts at innovating the series with the Warlords system, expansive unit roster, and the setting. But at this point it’s clear that the Stronghold series needs a substantial engine overhaul to ensure that future innovations have the intended successful impact on the series. 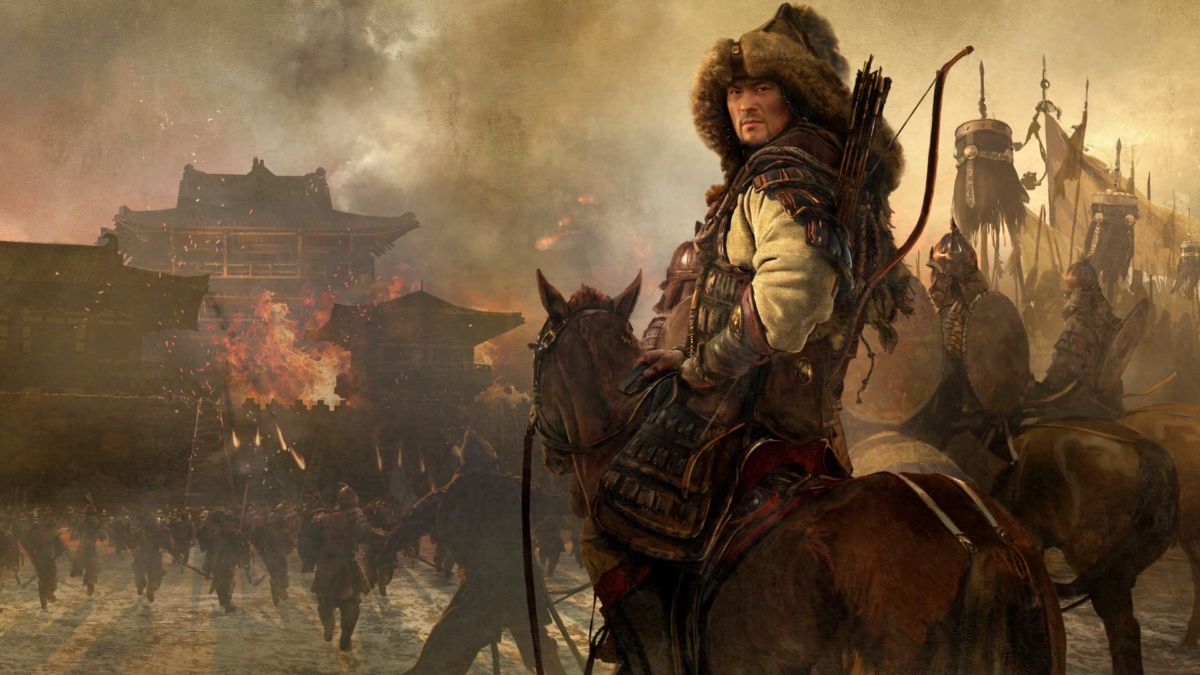 Verdict
Stronghold: Warlords’ innovative potential in its fun gameplay loop and interesting concepts is stifled by an archaic engine and design philosophy.
6
Cultured Vultures is a pop culture website established in 2013 covering all things gaming, movies, and more. We eat your words.
All The News On The Biggest Games