Outriders: How To Earn And Use Leather 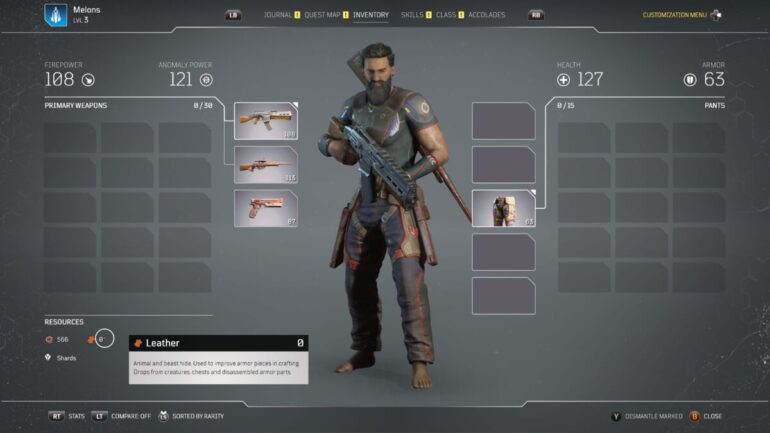 People Can Fly and Square Enix’s Outriders is a sci-fi, co-op shooter that sees the last remnants of humanity trying to survive on the hostile planet of Enoch, all while the local wildlife and a group of violent insurgents attempt to ruin things for everyone. Can’t we just have nice things?

With loot at the forefront of the game, it’s no surprise that there’s plenty of resources that players are going to have to wrap their heads around if they want to succeed, earn those level ups and take on more dangerous missions.

As you’d expect, leather can be found when taking down large animals which populate Enoch. You’ll also be able to find it in chests, and when disassembling armor, meaning it pays to not take the higher scrap value from selling loot to vendors.

Once in your possession, leather is used in the crafting process to improve armour pieces, making them even more potent. This is the same way that Iron is used in the weapon upgrading process, allowing you to improve lower level gear to match your player level and world tier.

READ NEXT: Outriders: How To Hide Your Helmet