Episode 2 kicks it up a notch on the philosophy and the action. 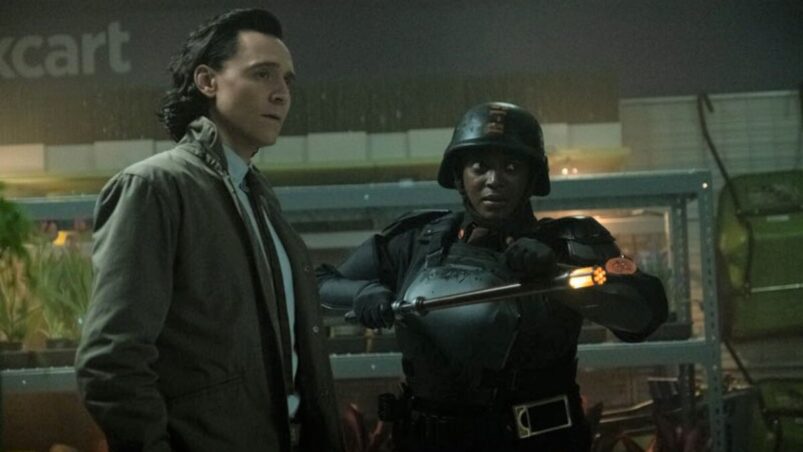 In the previous episode, I had an ardent wish for things to move a bit faster. Our antagonist was still in the shadows, and the world of the TVA (Time Variance Agency) was still very new to us viewers. Things feel more familiar this week, and the show continues to wow with excellent set design, creating this sense of infinity in the way the buildings and structures seem to go on forever. It feels very sci-fi and futuristic, even though the TVA has existed since the beginning of time.

The Loki variant continues to wreak havoc on the timeline, stealing reset charges as well as capturing Hunter C-20 (Sasha Lane). What does the Loki variant want with her? Is she a bargaining chip, or are there other more nefarious reasons for holding her captive? Things are spiralling, so Mobius (Owen Wilson) quickly sets Loki (Tom Hiddleston) to work, to learn everything he can about the TVA so that he can aid in the investigation. Loki works diligently, learning as much as he can tolerate – it isn’t exactly riveting stuff – but we aren’t sure of his motives.

He tells Mobius to trust him, however, given what we know of Loki, betrayal and backstabbing is second nature to him, despite his assertion that it isn’t his style. We know there is a curiosity to find out more about the Time Keepers, which stems from his desire to make sense of his purpose, more specifically, the lack of. As we saw in the previous episode, Loki’s life never takes on the meaning he expects it to, so surely there is a desire to confront the ones responsible for this.

In contrast to Loki is Mobius, who despite possessing quite the fascination for jet skis, is content to do his work and never be able to ride one. In the first episode, the two seemed more similar in personality than different (charismatic and humourous), but now, the contrast is beginning to take hold – one prefers order, while the other thrives in disorder. Mobius’ sympathy for Loki is easy to understand, after all, we feel the same as well.

I also really enjoyed their conversations and how they were used to cement their contrast – Loki’s need to rationalise the chain of order and how it all began, while Mobius points out that making sense of the world doesn’t alleviate the chaos surrounding existence. Loki was always too smart for his own good, so it’s nice to have someone who can go toe to toe with him when it comes to wit. Don’t get me wrong, I love the banter with Thor and the whole sibling rivalry, however the Mobius dynamic offers something a tad different – the man almost feels like an Uncle Iroh to Loki’s Zuko. But as the two build a friendship of sorts, we wonder if this relationship will survive by the end of the series, or become undone.

We do travel outside the TVA more so in this episode, to historical spaces and future moments that haven’t happened yet (for us, since the TVA exists in relation to the sacred timeline). The show is clever in keeping these moments brief, since the authenticity of these time periods simply won’t hold up upon closer scrutiny – there are budget constraints when it comes to TV, even Marvel ones. This is why the show spends most of its time in a large supermarket when Loki and the gang head to the future, after Loki’s research allows him to uncover how the Loki variant was able to remain undetected in time.

The new jargon and exposition works itself more smoothly into the narrative of this episode, so much so that we didn’t really need Miss Minutes with us yapping up a storm. Once again, besides Loki and Mobius, the rest of the characters don’t have much going for them, besides the fact that none of them trust Loki. Hopefully Wunmi Mosaku’s Hunter B-15 and Gugu Mbatha-Raw’s Ravonna Renslayer develop some sense of a character arc as we dive into future episodes.

I thought they might drag out the revelation of the renegade Loki to maintain the suspense, so I was happy to see that this wasn’t the case. Loki’s hubris makes him think that the variant’s actions have something to do with him, done to catch his attention or to compete with him in some way. As always, Loki fails to understand that it’s not about him, but like how Rome wasn’t built in a day, it will be a long while before the God of Mischief can look beyond himself to see the needs of others.

The series is careful to not constrain him to a category just yet; we still don’t know if his path is that of villainy or a redemptive one. There are moments of emotional leaking of course, such as whenever he stumbles onto an event in his timeline he wasn’t yet privy to, just like in Episode 1. Hiddleston does really well with these scenes, and constantly reminds us why we are on Loki’s side, even when he feels so unchangeable at times. 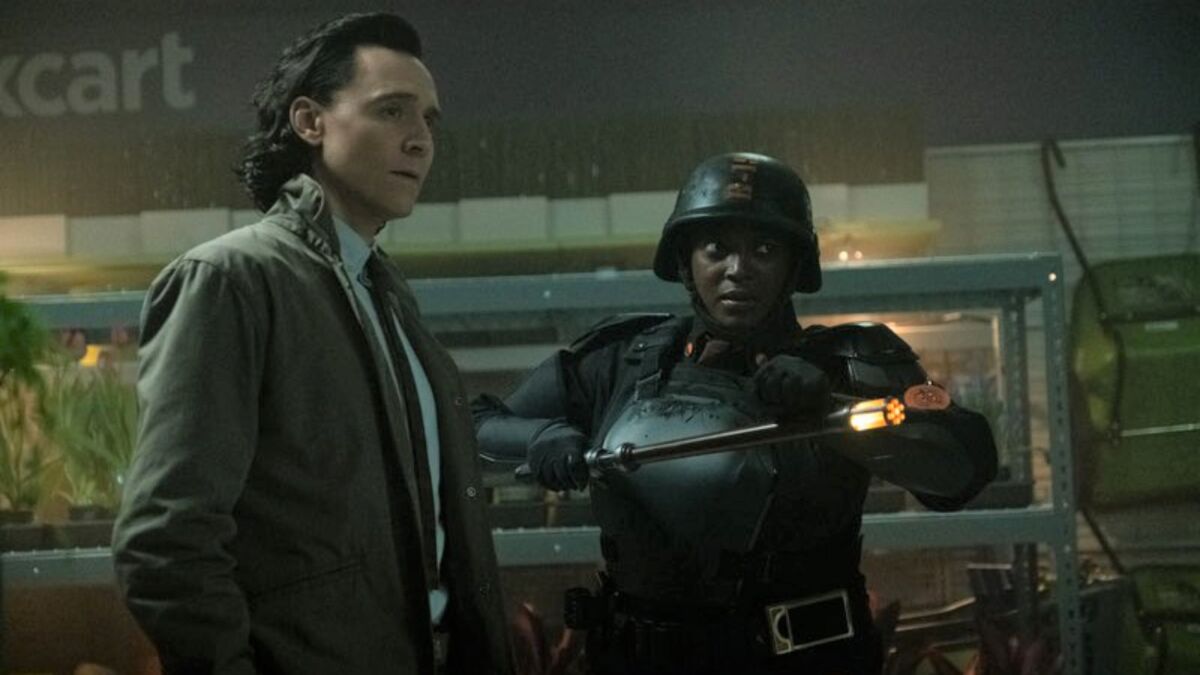 Verdict
Episode 2 has better pacing and momentum than the first. We come face to face with the series' antagonist, while Mobius and Loki's burgeoning friendship is a joy to watch.
8
Cultured Vultures is a pop culture website established in 2013 covering all things gaming, movies, and more. We eat your words.
All The News On Your Favourite Games