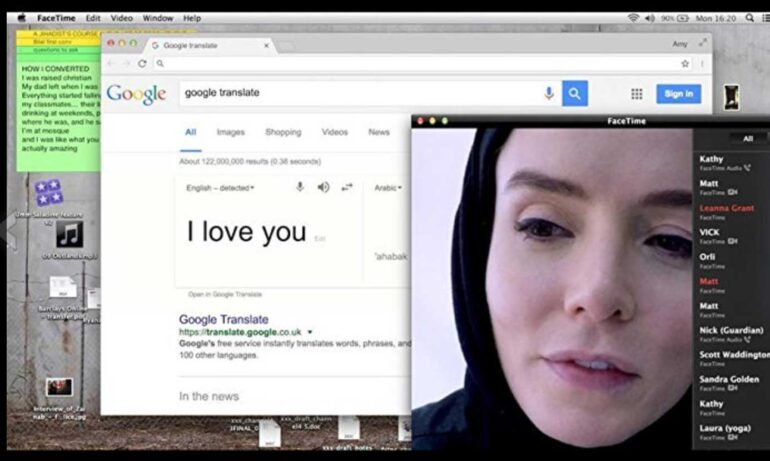 Inspired by true events and conveyed almost entirely via one computer screen à la Searching, Profile centers around Amy (Valerie Kane), a freelance journalist going undercover to learn more about online recruitment of women by ISIS. Falling perilously behind in rent payments, Amy needs cash and this harrowing assignment could provide a much-needed boost to her career. She’s ready to go all in, but she’s unprepared for the craziness that ensues.

After creating a new Facebook profile posing as a recent convert to Islam named “Melody” and sharing some graphic videos, she’s contacted by an ISIS recruiter within minutes. The recruiter, named Abu Bilel Al-Britani (Shazad Latif), is a handsome, charismatic, cat-loving, but manipulative individual who attempts to seduce Amy with the promise of a better life in Syria. As Bilel interacts with Amy on an ever-more frequent basis, he grows increasingly attached. Amy starts having feelings for him as well, and the risks of being found out grow more dangerous with each passing day.

While definitely imperfect, Profile remains an engaging watch and an excellent fit for the Screenlife format pioneered by Bekmambetov. This is a thorny, real-world topic to confront as a thriller, and Profile is highly unsettling in the way it depicts monsters existing just a few clicks away, eager to trap the vulnerable. Bekmambetov’s film makes a relevant point that we can be sucked into a world of disinformation if we aren’t careful, and despite some sensationalistic flourishes, it leaves a suitably queasy aftertaste.

Lo and behold, Profile actually benefits from being viewed on a laptop rather than in the cinema. Indeed, Amy’s computer becomes a character itself as the story unfolds, turning a relatable tech-consumed reality into a claustrophobic hellhole. Watching Amy juggle communication with Bilel, her needy boyfriend, and her apathetic editor, all while remaining confined to her computer screen, is anxiety-inducing.

Issues such as last-minute Googling, spotty internet connection, limited hard drive space, and inconvenient Skype calls ratchet up suspense. It’s nerve-wracking to watch Amy frantically multitask as we observe whether she can pull off the illusion. In fact, I haven’t been more stressed out watching a film since Uncut Gems.

While some elements, like the iTunes music that Amy plays to match the mood, feel too traditionally cinematic for their own good, Profile remains striking in its format. The tension is strengthened by top-notch performances all around, from Kane and Latif in particular. Kane taps into Amy’s conflicted emotions with an authenticity that, at times, doesn’t seem like acting at all. It’s easy to empathize with her as she uncomfortably embodies her new identity, gradually allowing her personal life to spiral out of control.

Similarly, Latif is impactful in his portrayal of Bilel, capturing his toxic personality in a manner that’s both chilling and mesmerizing. Even though he’s deeply misguided, Bilel is depicted as a complex presence with his own backstory. Combined with authentic set design and the semi-realistic format, his interactions with Amy unfold in a manner that seems scarily plausible, at least up to a point.

Unfortunately, plot developments in the latter half render Profile difficult to take seriously. These stumbles primarily stem from the screenplay, especially regarding Amy’s bond with Bilel. Sure, I appreciate that she’s trying to get as much information from Bilel as she can, but her actions eventually lack much logic — driven purely by impulsive emotions that break my immersion.

In addition, being restricted to her laptop monitor limits the amount of information we can learn about her personal life. She’s obviously unhappy in her relationship with her boyfriend, Matt (Morgan Watkins), but there’s something deeper going on behind the scenes that deserves to be elaborated upon.

As it stands, Amy’s decisions later on lack build-up, severely oversimplifying the conditions that lead real-life people to be misdirected by such lies as Bilel’s. Still, this is a riveting effort from everyone involved, and my irritation with Amy doesn’t take away from the fact that Profile holds me in a vice-like grip for much of its runtime.

READ NEXT: 20 Best Asian Horror Movies You Should Watch 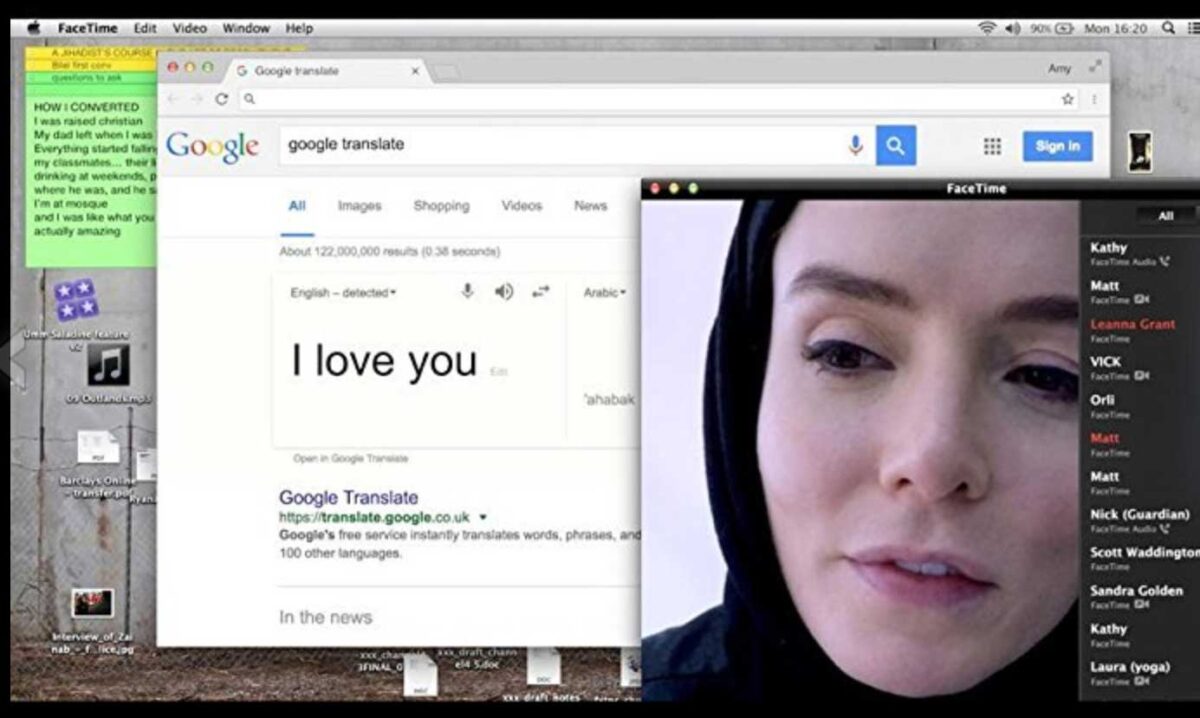 Verdict
Taken on its own terms, Profile provides an effective jolt of adrenaline that fans of psychological thrillers or anyone intrigued by the experimental style should look into.
7.5
Cultured Vultures is a pop culture website established in 2013 covering all things gaming, movies, and more. We eat your words.
All The News On Your Favourite Games