Home
Gaming
Outriders: How To Earn And Use Scrap
Gaming

Outriders: How To Earn And Use Scrap 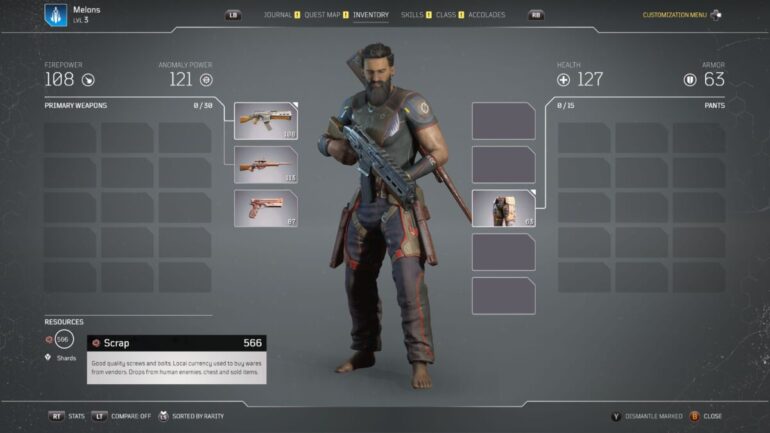 Outriders is the new co-op shooter from People Can Fly and Square Enix that sees players travel to the planet of Enoch, fighting to preserve the last bastion of humanity from both a hostile planet and a group of violent insurgents hellbent on just being the worst people imaginable.

As a co-op game that places an emphasis on loot, there’s plenty of resources on hand for players to earn and spend however they see fit, the most common of these being scrap. Here’s what scrap is and how you’ll be using it in Outriders.

Scrap is considered a local currency in the wartorn ruins of Enoch, and its used to purchase items from vendors. You’ll earn scrap pretty much just playing the game normally, but can also be found in chests, on human enemies and when selling or salvaging items.

Once you’ve reached the Rift Town base after completing the prologue, you’ll encounter a vendor by the name of Gregor Ram, who’ll offer a selection of armour pieces that’ll rotate on a regular basis, so make sure you stop by every time you complete a mission or quest to see if you can improve your gear. Completing the first side quest will also unlock a new vendor, Eva Lopez, who will sell weapons.

READ NEXT: Outriders: What Are World Tiers?