What spooks await you over the next year?

2020 was one of the best years for horror games in recent times, it providing big-hitters like the Resident Evil 3 remake and some indie gems such as Visage. However, it was arguably the year of multiplayer horror over anything else with Phasmophobia dominating attention on Steam charts, along with games like In Silence. Now, though, it’s time to look forward to some of the new horror games of 2021 and the fresh ways developers will make you brown your pants.

Although it’s early days as we type this up, things are shaping up pretty nicely for horror games in 2021 indeed. From Early Access graduates to long in the making spooks, it’s shaping up to be a stellar year — and there’s plenty more to be announced. With the dawn of new consoles, the mind boggles over what horrors developers will be able to conjure over the coming years.

The Biggest Upcoming Horror Games of 2021

Delayed out of its initial 2020 berth, The Medium is a (seemingly timed) exclusive for the Xbox family that looks to make full use of the new tech by allowing players to switch between two different worlds. Kind of like Rift Apart, but much, much less whimsical.

Players control a medium who must travel between reality and the spirit world to solve a mystery. Bloober have become known as the masters of modern horror without arguably ever creating a true horror classic, so here’s hoping The Medium can become that in early 2021. 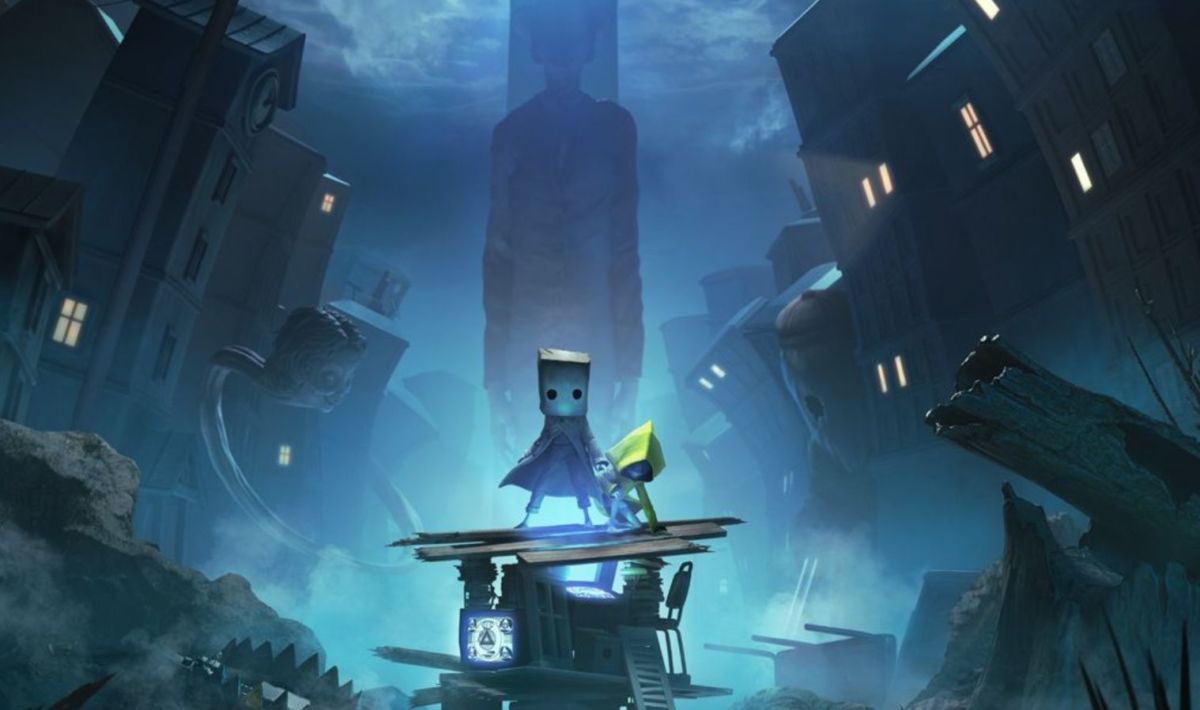 The original Little Nightmares was a brilliant surprise in the horror genre, it pitting you as a young girl, Six, against Ray Harryhausen-esque abominations who were trying to eat you aboard a demented cruise ship.

The sequel looks to build on that with Six returning but new protagonist Mono at the helm instead. As the pair make their way to The Signal Tower to try and save Six’s life, you better believe some uglies will get in their way. If you haven’t played the original, you can pick it up at a very agreeable price these days.

Easily the biggest horror game of 2021 just by virtue of being a Resident Evil game, Resident Evil Village (which we will just call Resi 8) is a significant departure from the formula, though it does seem to be pretty close to Resident Evil 7 in terms of gameplay.

The big difference comes from the enemies you will face: werewolves. The molded of Resi 7 were a change, sure, though they had a fair amount in common with the iconic zombies Resident Evil built its name on. Resident Evil Village could represent the biggest change in the mainline games since, well, the last game, proving that this isn’t a series that wants to play it safe anymore.

The team behind the original Left 4 Dead, Steam’s premier co-op zombie shooter, announced in 2019 that they would be coming back to produce a spiritual successor with WB Games on publishing duties. In 2021, that game comes to life with bigger and badder zombies than we’ve ever seen in an undead squad shooter.

Turtle Rock Studios were also behind the much reviled Evolve, which promised much before sinking without a trace. It looks like they’re going back to their roots with Back 4 Blood, which is being billed as a AAA experience. We’ve seen a lot of L4D imitators over the years, so it will be interesting to see how this one shakes out.

Following on from the iffy Man of Medan and actually quite good Little Hope, House of Ashes is the third entry in The Dark Pictures Anthology from Supermassive Games, whose best game to date remains Until Dawn. That’s an amazing horror game, but it’s about time they topped it, five years later.

House of Ashes follows members of the US military (including Ashley Tisdale) as they encounter Sumerian myth come to life in Iraq during the War on Terror. You can already see the twist coming, so here’s hoping Supermassive swerve the obvious and actually commit to the scares this time out.

We’re a little concerned about Vampire: The Masquerade – Bloodlines 2, to be honest with you. Creative names have been dropping off the project like flies and substantial delays along with unflattering trailers have made us think it may be as beleaguered as the cult original.

But if all goes well, we could be looking at one of the deepest horror RPGs in history, complete with branching storylines and paths as well as an inviting world of darkness to explore and be consumed by. Rise up the vampire ranks sometime in 2021. Hopefully.

It’s been a very tumultuous development period for the System Shock remake since Nightdive acquired the rights in 2012 with it being due for release a few times already, the first being during 2017. Following a successful Kickstarter, the remake was opened up to more possible platforms.

The original game was a landmark title, though not many people knew it at the time. Set aboard a space station, you play as a hacker who must escape with everything — and everyone — going to hell around him. While it’s pencilled in for sometime soon, we sadly wouldn’t be surprised to see this get delayed again. Honestly, maybe even a cancellation.

Chernobylite has one of the most fascinating hooks for a modern survival horror game. Either solo or with other stalkers, you must explore the ruined remains of Chernobyl and try to figure out what happened to the person you love, all while fending off multiple dangers.

Mixing survival elements with the supernatural, Chernobylite has received decent reviews from players since its Early Access launch and the best is yet to come. Will release on consoles, both next and current, when it launches in 1.0 alongside PC.

Listen, right: we’ll stop talking about Dying Light around these parts when enough people play it the amount it deserves. A follow-up to one of the best open world games of its generation, Dying Light 2 has a far bigger sense of scale with your choices really mattering in regards to the story and the fortunes of The City, too.

Away from that, though, expect the same brilliant parkour and zombie-chopping action. Also, while we have you here, go play Dying Light. You may as well now that Dying Light 2 has been seriously delayed. The best things come to those who wait, right?

It feels like we’ve been talking about Scorn for years when it comes to these new horror game lists, often alongside Agony due to the pair’s unsettling, uncompromising imagery. While Agony released to less than great reviews, Ebb Software have been taking their time with Scorn and the updates have been pretty scattered.

Still, just from the glimpses of gameplay we’ve seen, this could be one of the most unsettling horror experiences — whenever it releases, of course. Time will tell if there’s more to this game than some pretty discomforting visuals, however. Looks like it will also be a timed console exclusive for the Xbox family.

Atomic Heart made a huge impression when its first trailer released out of nowhere, its madcap mix of macabre visuals putting it on the map of plenty of horror fans.

Mundfish have been hard at work on the game ever since with fleeting sightings of it since, but this first-person shooter set in an alternate Soviet reality is going to have really go out of its way to waste its potential. BioShock and Metro fans might love this one.

Following the success of an in-game spin-off, Ubisoft have decided to make Quarantine its own. Taking the form a PVE co-op experiences compared to Siege’s PVP, Quarantine will focus on the Six’s trouble with a rampant virus and will feature Operators from the “main” game.

At this time of writing, Quarantine has been the subject of an unspecified delay but will also now be coming to the next generation consoles, the PlayStation 5 and Xbox Series X | S, as well as current platforms.

A co-op experience set in the Outlast universe, The Outlast Trials isn’t a direct continuation of the series, more a spin-off set during the Cold War in which three players can team up to escape some horrific trials.

Little is known about the game apart from that it’s going to have a whole heap of gore and some unforgettably gruesome moments, but with this being the newest co-op horror game in a long line of them within the genre, could it be pointing at a sign of things to come for the genre in the future?

Very little is know about Sons of the Forest, so much so that we have very little to say about it. Apart from the briefest of glimpses at The Game Awards 2019, there’s really been nothing to go off in terms of what the game will be like.

Based on that teaser, we can confirm that it definitely looks like a scary game with multiplayer elements. Considering the previous game involved searching for your son, maybe that’s a big hint as to what this sequel’s name is about. 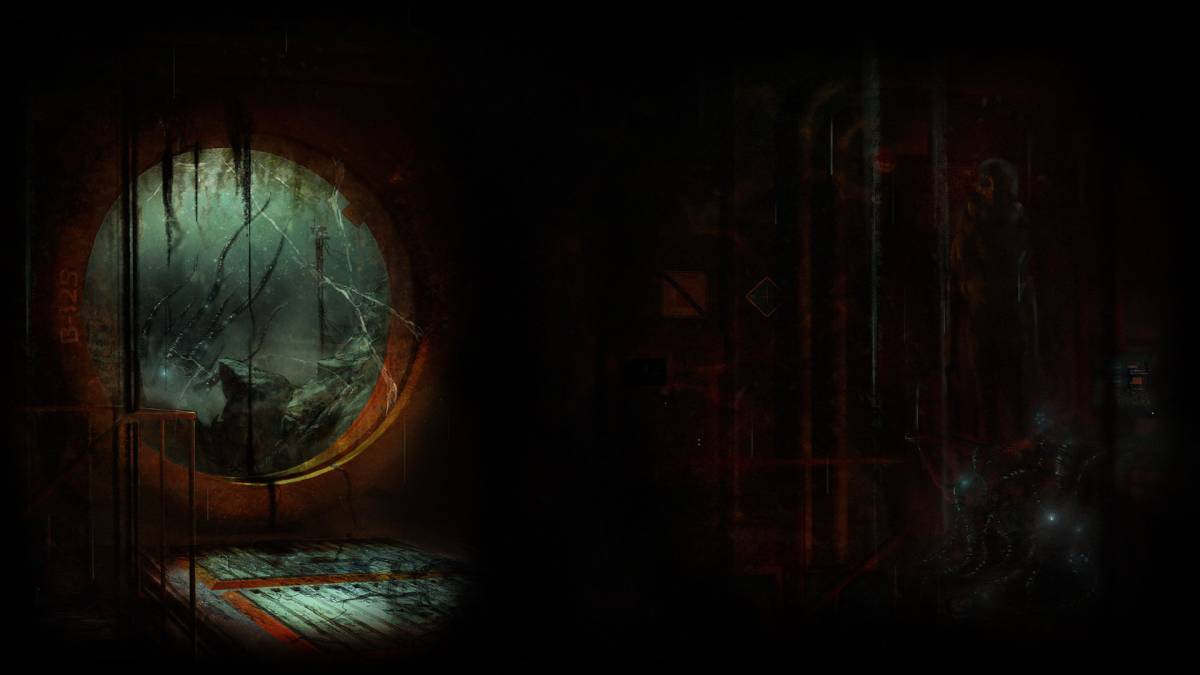 If you’re wondering what Frictional have been up to since the excellent SOMA, they’ve been deep in development on two new properties, one that we now know of was Amnesia: Rebirth and the other has yet to be revealed. Heck, it may not even be horror.

Regardless, whenever Frictional release a new game, you have to sit up and pay attention as they always inspire other developers for years to come. Watch them release a sequel to Hello Kitty Kruisers and it be the scariest game around.