Hellbound uses a supernatural premise to delve into the human horrors of faith. 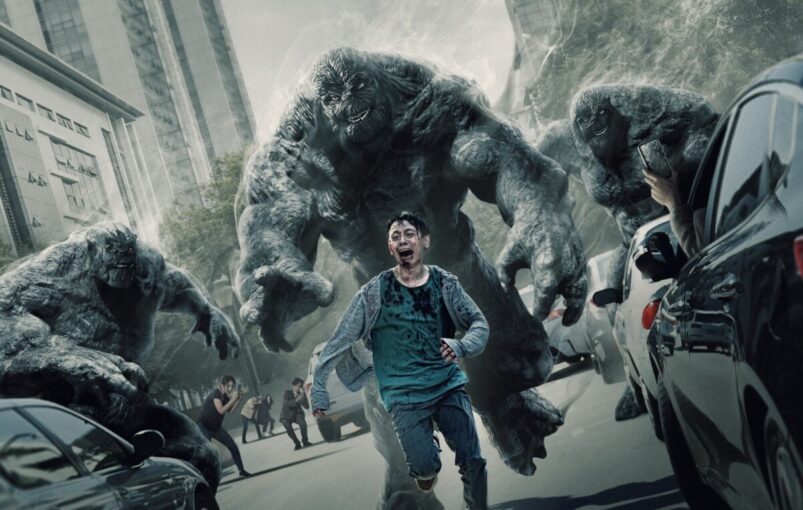 Despite Hellbound’s bombastic opening in which three smoky black Hulk-esque creatures chase down, violently beat, and then immolate a man with blinding light in the middle of downtown Seoul, the show is remarkably grounded. Hellbound manages to draw a powerfully and disturbingly human story from its fantastical premise, that sinners receive a “decree” from an “angel” that appears before them to state that they will die in a specified amount of time because they are bound for hell and when that time comes three of these horrible creatures – “executors”, in their parlance – brutalize them and bring them to hell.

It works backwards from the explicitly supernatural horrors of the decrees and executors to explore how this phenomenon would affect a society. The greatest consequence of these “demonstrations”, as the executors’ attacks are called, is the formation of two new groups: The New Truth and The Arrowhead. The New Truth is a religious organization that sees the “demonstrations” as a sign from God that He (the show uses male pronouns for God) wants us to live more righteously. The Arrowhead violently protects the doctrine of The New Truth by seeking out and attacking any critics of the doctrine. Whether these critics have been subjected to God’s judgment and received a decree or not, the Arrowhead sees it as their duty to silence those who criticize God.

But of course, there’s no way to know if these demonstrations are in fact literal acts of God. The “angels” that appear are not Biblically accurate (a somewhat missed opportunity that would have been thrilling to see realized), but instead appear as giant glowing white faces with piercing yellow eyes. And while they seem somewhat omniscient – they speak to the sinners by name, and announce that the sinners are “bound for hell” – they make no mention of God.

It’s in this world, which already raises difficult questions about justice, that our story begins as a police procedural. Detective Jin Kyeong-hoon (Yang Ik-june) is tasked with solving the murder of the man who was brought to hell by the executors in the season’s opening moments. Jin is a solid central figure and Yang does a very solid job of bringing the man to life, especially when he must grapple with being the single father of a girl who becomes involved with the group at the center of his investigation. But he is also a walking cliche: his wife was murdered years ago and he still carries that trauma with him.

The detective with trauma is done so often because it works so often, but in a show with as inventive and unique a premise as Hellbound it’s a bit disappointing that writer ​​Choi Kyu-sok and writer/director Yeon Sang-ho feel the need to draw from this familiar well. It’s this aspect that also highlights, if not directly leads to, the most disappointing aspects of the show. It awkwardly but blatantly telegraphs something in Jin’s past for much of the first episode before the revelation of his wife’s death. And when that reveal arrives, we’re treated to an overwrought flashback that detracts from the intellectually exciting and genuinely scary ideas the show is presenting.

While not every moment of interpersonal drama in Hellbound is related to Jin’s wife, there are other scenes that feel overly melodramatic in other characters’ storylines as well, with actors wailing and the score pushing the audience to feel a bit too noticeably. As the show goes on it expands to more of an ensemble piece, including single mother of two Park Jeong-ja (Kim Shin-rok) who received the decree, lawyer fighting against The Arrowhead Min Hye-jin (Kim Hyun-joo), and new father Bae Young-jae (Park Jeong-min).

Each of these characters get their own storylines in this new world, intersecting with and affecting each other. Some of the scenes with these characters, particularly Park’s scenes where she pleads for anyway to create a better life for her children, are emotionally impactful, but overall the show is at its best when it’s functioning as sociological study, thriller, and pure horror. And the show is horrifying.

Beyond the numerous “demonstrations” throughout the show’s six episodes, so otherworldly and violent that at times they’re hard to watch, it’s the more human elements that are truly rattling. We witness live streams from a manic member of The Arrowhead that border on annoying, but are deeply disturbing as portraiture of violent fanaticism. There are scenes of young members of The Arrowhead beating people with the glee and confidence that come with absolute faith. There are sequences of humans torturing one another that are painfully tactile. And there’s a constant inescapable dread, since it’s never clear who in the world is a member of The Arrowhead or may report any criticisms to The New Truth.

Yeon also brings out the same talent for large scale chaos and close-quarters action that made his film Train To Busan a must-watch international hit. His camera is just at home in the sky over a riot as it is in a hallway with two people desperately fighting to be the one who walks away alive. For a horror show, it’s a nice surprise that these fights also run the gamut from inexperienced fighters thrown into violence out of necessity to fantastically choreographed (but nonetheless brutal) fights involving characters who have trained for these moments.

Hellbound is a largely great religious horror show that falls into some avoidable but common pitfalls including the aforementioned overwrought drama and a few moments that feel a bit too convenient from a plotting standpoint. But the most disappointing aspect of the show’s first season is that it ends with bait for a second season. This bait opens an entirely new box of questions and boils some of the theological questions the show has raised down to a cliffhanger. A second season of something as interesting and troubling as what has been presented here would be welcome, but to use the final moment of the season to tease another instead of allowing us to ponder the many questions already posed is frustrating. 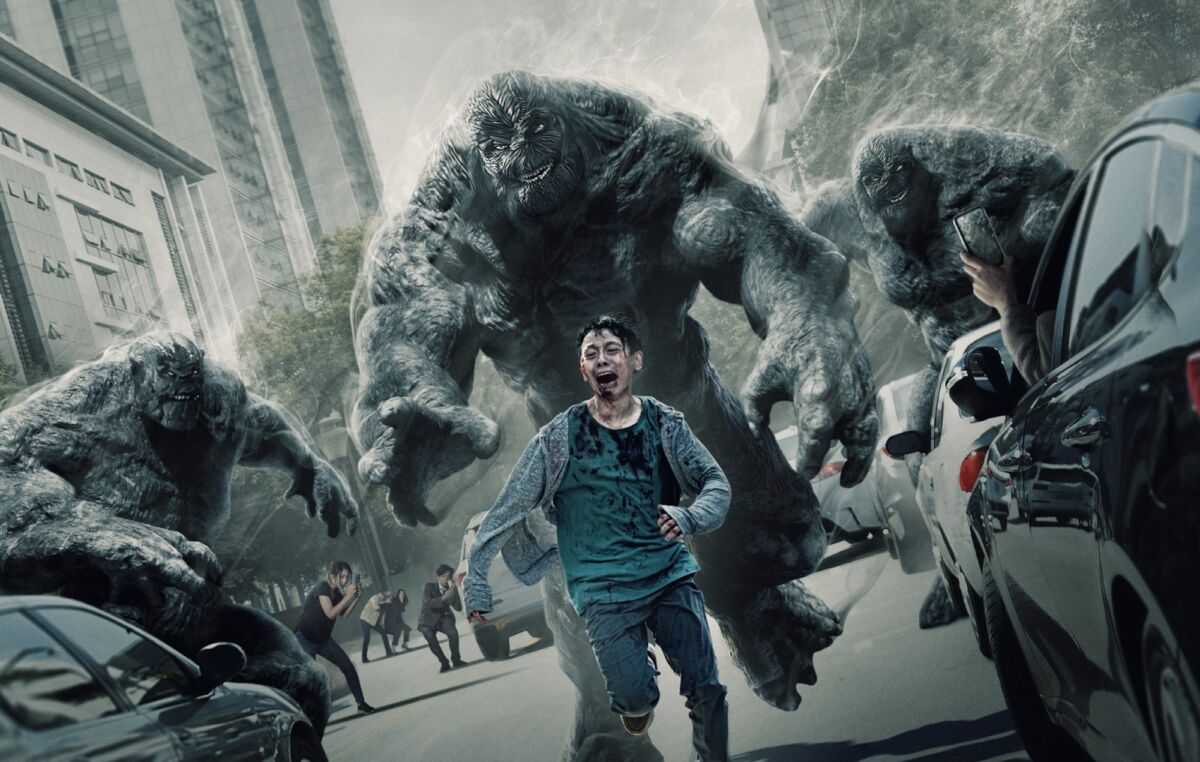 Verdict
Hellbound uses its fantastical premise to create an intellectually exciting and genuinely disturbing religious horror show, even if some of the plotlines are a bit overly dramatic and cliche.
7.5
Cultured Vultures is a pop culture website established in 2013 covering all things gaming, movies, and more. We eat your words.
All The News On The Biggest Games