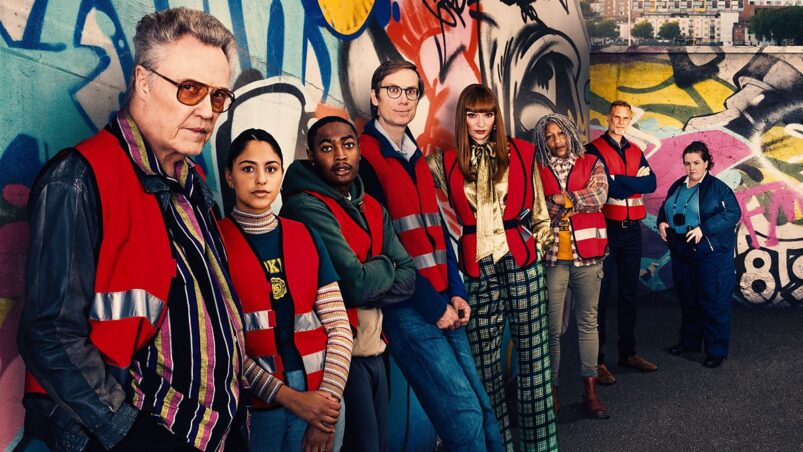 If there’s a genre trickier than the comedy drama, it’s the comedy crime thriller. Sticking to a lane for a 21-minute episode requires little effort to maintain tonal equilibrium, but for a show to balance the nuanced peaks and troughs required to make it both actively amusing and emotionally affecting is a serious challenge. With a writer and director of Stephen Merchant’s caliber at the helm, a man who has shown a deft ability to blend pathos and punchlines seamlessly in projects ranging from The Office to Hello Ladies, the Bristolian’s latest project, BBC’s The Outlaws, is in safe hands.

For a work which seems deeply personal to Merchant, a son of the Bristolian setting which gives The Outlaws its uniquely west-country flavour, the show is also a striking subversion of expectation. Despite Merchant’s recent foray into directing a film about a family of wrestlers striving to make waves in the WWE in Fighting with My Family, a subject about which he admitted he knew next to nothing, it remains a strange proposition to see the co-creator of Extras now turning his hand to a murky crime caper starring, besides many others, Christopher flippin’ Walken as a semi-retired grifter named Frank.

Little wonder, then, that The Outlaws is an odd recipe wherein none of the ingredients seem a natural fit. Seven strangers all forced to complete Community Service stumbling upon a bag full of cash might sound like a setup for a knockabout farce, but The Outlaws instead blends Merchant’s wry, cutting dialogue with a darker, grittier urban drama about drugs, gangs and racial politics, accompanied by the twanging musical tones of a spaghetti western which clash pleasingly against the equally forceful west country vocal twangs of the show’s protagonists.

It’s this odd marriage which allows The Outlaws to exhibit its greatest and most unique strengths while also generating some of the show’s most glaring limitations. The problems of the genre are hard to overcome entirely, and a dark-hearted thriller-comedy masquerading as a ‘suburban, low-rent kind of western’ inevitably hits problems when shifting between styles and tones.

Sharp exchanges of dialogue do elicit genuine laughs, the drama is effective and grows with its characters, while even the serious gangland aspects are convincing in isolation, but the occasional jarring shift remains inevitable. When you try to engage, for instance, with the urban drama of a botched cash grab while retaining the image of a bulbous-eyed, tabard-sporting Merchant making jokes about his kipper-like penis, it can all be a stretch. Enjoyment of The Outlaws is predicated on the acceptance that the show will perpetually shift its focus and, in turn, you will shift your own expectations.

A surprise, too, for a show billed predominantly as a comedy, is the length of The Outlaws’ episodes. The Bristol-based comic thriller certainly shows no intention of cutting narrative corners, each episode rounded out to the full hour spread across six whole installments. While this may prove off-putting for some, it allows space for a narrative which grows, expands and fluctuates when given time to do so, all while allowing its writers to explore the inner-lives of each of its respective cast members.

Ensemble shows sink or swim on their characters, and given Merchant’s track record, it’s little wonder that The Outlaws often excels in this regard. Initially painted with a broad brush, many of the central gang feel as little more than caricatures, actively proclaiming their respective views and motivations with all the subtlety of a neon firework. Clare Perkins’ Myrna might as well carry a sign which states ‘I am a civil rights activist’, while Eleanor Tomlinson’s Lady Gabby, a socialite influencer, suffers from a similar lack of dimension. Jessica Gunning’s Diana, meanwhile, sometimes tips over from a likeably deluded bumbler to a genuine irritant, some of her lines in particular seeming as though they’ve been repurposed from the cutting room floor of The Office.

It’s only when the narrative unfolds that each characters’ inner complexities surface, although some viewers may be so initially perturbed as to never make it past these initially two-dimensional chrysalises. That said, Rhianne Barreto’s gifted but confused kleptomaniac Rani, Darren Boyd’s struggling businessman John and the ever-dependable Merchant himself, very much playing to type as Greg, a hapless lawyer self-described as an ‘albino E.T. on stilts’, are all brilliant from the start.

Merchant has always excelled when focusing on character, on people navigating their own interpersonal flaws and dilemmas, The Outlaws blossoming when shifting focus away from its ‘thriller spine’ to investigate the forces and pressures exerting themselves on each confused protagonist, be it Frank’s uneasy relationship with the family he abandoned or the dysfunctional relationship between Lady Gabby and her aristocratic patriarch. Even non-central characters, such as Charles Babalola’s antagonistic Malaki, are afforded the respect of possessing their own motivations and external pressures, Malaki himself motivated by a desire to look after a large family and an ailing father.

The Outlaws is less a show which demands attention than it is one which rewards the investment of one’s time. Dip into episode one and you might find it a little tough to connect with, but most will find their perseverance rewarded as the interweaved narrative strands connect and the characters fully evolve. Despite a few tonal inconsistencies and the occasional feeling of watching two shows melded into one, The Outlaws keeps most of its juggling balls up in the air with remarkable confidence, bolstered by a terrific soundtrack and shot with the sort of panache and style which belies a typical suburban comedy. Which, of course, it isn’t. It’s a heartfelt, amusing and sometimes genuinely thrilling piece of comedy-drama that’s well worth hunting down. 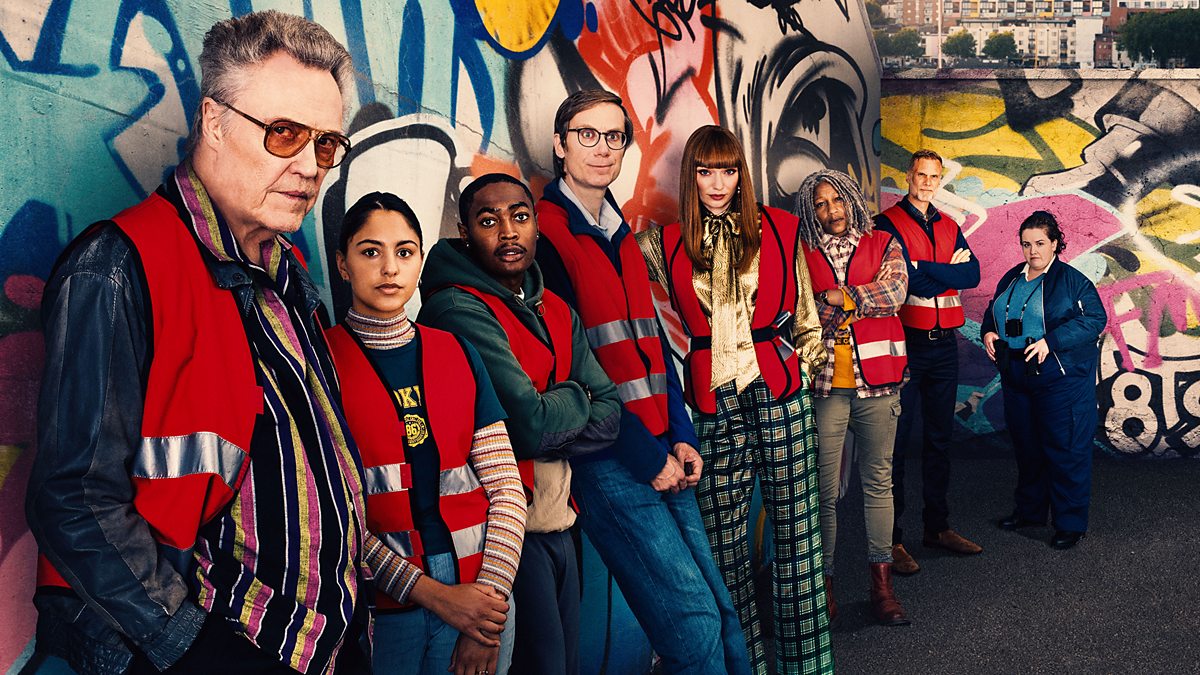 Verdict
The Outlaws is an odd proposition on paper, but persistent viewers will find much to enjoy in the company of its well-written, perfectly cast gang of misfit offenders.
8
Cultured Vultures is a pop culture website established in 2013 covering all things gaming, movies, and more. We eat your words.
All The News On The Biggest Games