The Manor winds up being a decidedly middle-of-the-road outing in Amazon’s Welcome to the Blumhouse series. 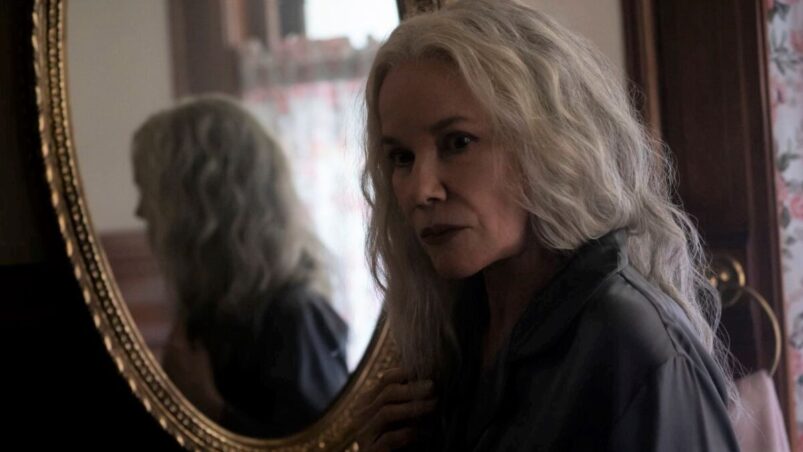 Directed by Axelle Carolyn, Welcome to the Blumhouse‘s The Manor centers around Judith (Hershey), a retired ballerina sent to a well-regarded nursing home after experiencing a stroke. She previously helped take care of her daughter, Babara (Katie A. Keene), and her grandson, Josh (Nicholas Alexander), with whom she maintains a close bond. Judith, an upbeat, rebellious soul unafraid of cussing, understands that it’s in her best interest to relieve some weight from her family’s shoulders.

Shockingly, the Golden Sun Manor isn’t exactly gold-star quality. Judith starts to have visions of a bark-covered creature every night, but doctors write her off as suffering from dementia. She also befriends a trio of elderly weirdos who maintain strangely cheery vibes and encourage her to keep quiet as suspense starts to escalate. Could Judith’s visions all be imagined?

Failing to make the most of its strengths, The Manor feels like an excellent outline lacking detail. Carolyn’s film provides few genuine surprises, fumbling its ideas and talented actors to slide into mediocrity. Still, there’s some compelling concepts at play here and a familial relationship that helps it coast along to the flat-out wild conclusion.

Themes of aging and yearning for youth permeate the proceedings, lending an edge to Judith’s plight that’s not effectively delved into. Judith, brought to life with enthusiasm and humanity by Hershey, is gradually accepting of her declining body yet dreading the future nevertheless. She remains brave while navigating unfamiliar surroundings. Judith and Alexander have convincing chemistry, teasing each other and conveying years of trust and support that becomes vital later on. Their attachment is so pure, in fact, that one wishes the film surrounding it was more worthy.

Indeed, The Manor abandons the psychological intrigue of its narrative to resort to cheap jump-scares and clichéd plotting that undercut the potentially impactful dynamics at play. Most of the issues with The Manor stem from its fundamental reliance on telling rather than showing, choosing to force-feed viewers backstories and character motivations without making us piece them together ourselves.

The dialogue is so cartoonish that some characters — especially the bridge-playing oddballs Ruth (Fran Bennett), Trish (Jill Larson), and Roland (Bruce Davison) — resemble robots more than flesh-and-blood human beings. Admittedly, this lends certain scenes an element of off-kilter comedy, although it creates a tonal mismatch with the story’s more upsetting beats, as Judith gradually begins to doubt her own sanity along with her family and friends.

The Manor lacks a discernible style as well, failing to immerse us into Judith’s psyche. Dark, ominous lighting helps set the mood during Judith’s night terrors, and Carolyn establishes the sense that Judith is being watched no matter where she goes, even though the blasé editing doesn’t capitalize on the increasing paranoia of her possible gaslighting. Similarly, the dénouement falls somewhat flat without adequate buildup. It raises notions of the judgments we place on the elderly and the ways we grieve our past selves without any semblance of delicacy.

Gripes aside, The Manor isn’t glaringly bad in any particular category. If viewers suspend their disbelief and disregard expectations of poignancy, Hershey’s confident performance and enjoyably ridiculous late-game reveals keep it afloat — barely.

READ NEXT: 10 Best Underground Horror Movies You Should Watch 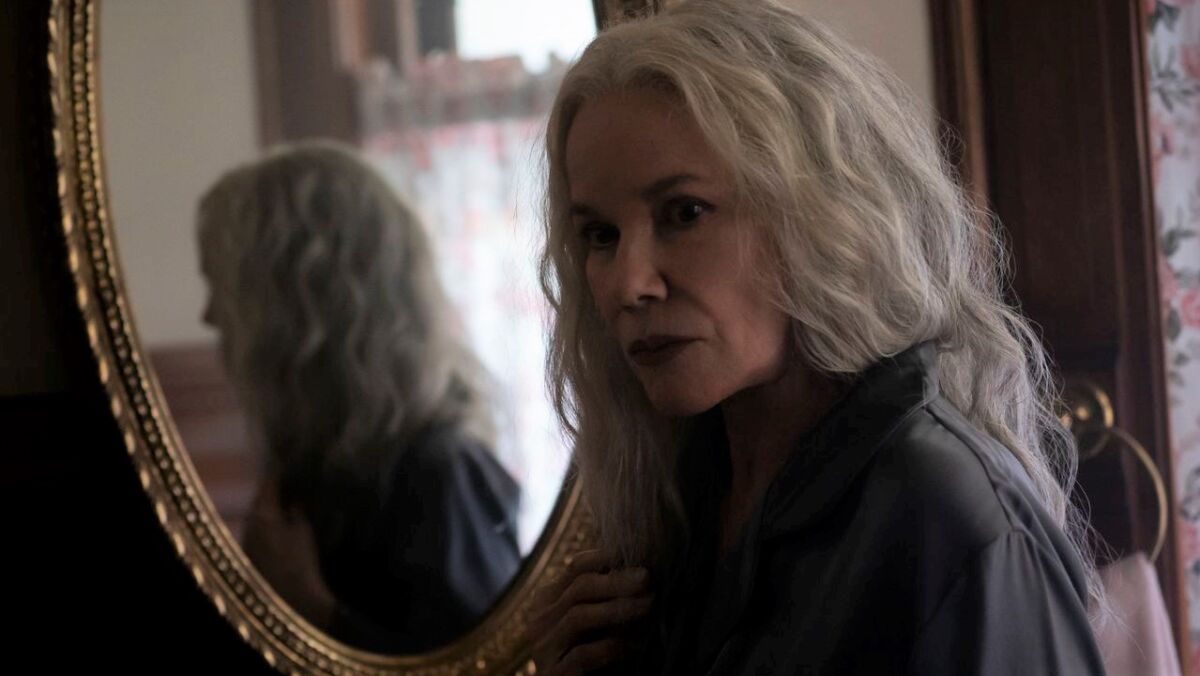 Verdict
The Manor is a competently constructed, albeit undercooked horror film that would have benefited from a more in-depth exploration of its heroine.
5
Cultured Vultures is a pop culture website established in 2013 covering all things gaming, movies, and more. We eat your words.
All The News On Your Favourite Games