Fans have been waiting for a minute. 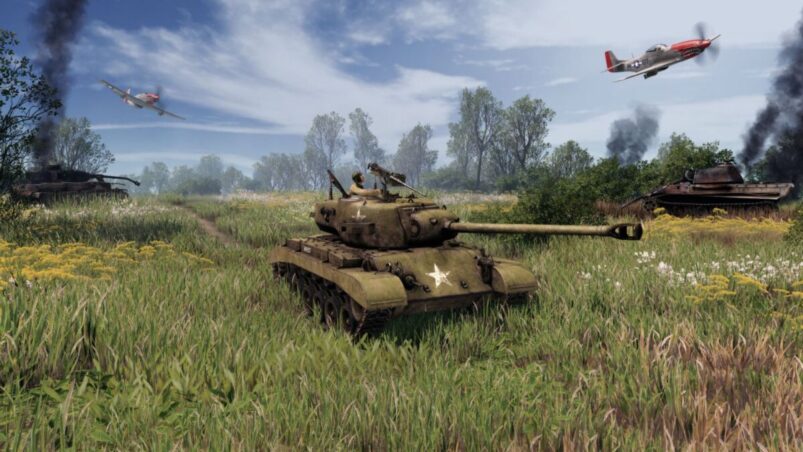 World War II is a never ending source of inspiration for strategy games of all kinds, from tactical role-playing games like Warsaw to hardcore simulation wargames like Unity of Command 2. Though Relic Entertainment’s flagship Company of Heroes series of games may be at the forefront of the strategy genre cultural zeitgeist, the long-lived Men of War franchise from Best Way and 1C Entertainment is making a return with a full-fledged sequel, Men of War 2, with the aim to steer WWII strategy games in a more historically authentic direction. Men of War 2 hopes to reinvigorate interest in the series by bringing a unique perspective to this rich historical period.

If there’s anything fans can be certain about it’s that Men of War 2 looks to maintain the series’ attention to detail and historical authenticity. Accurate unit equipment, scenarios reflecting historical engagements, realistic weapon and vehicle models, and an intricate damage system for tanks and other machinery. In a way, the Men of War series acts as a kind of bridge between the realism of simulation wargames and the intense action of classic RTSs, and Men of War 2 aims to uphold that legacy.

Players can expect the sequel to be stacked with content equally suited for single-player, co-operative, and multiplayer modes. The developers, Best Way, promised to deliver two fleshed out campaigns on launch that cover lesser known actions on both the Eastern and Western fronts of the war. Accompanying these extensive campaigns, the developers aim to include standalone skirmish missions for players to hone their skills, partake in interesting scenario challenges, and play as sides not represented in the campaign.

Apart from the excellent attention to detail and engaging tactical action, Men of War’s moddability has helped carve out and cement the series’ longevity and user-centric gameplay experience. Men of War 2 is poised to double-down on moddability with an expanded suite of tools and an updated engine to allow for even greater player flexibility.

Aside from the expected graphical updates, lighting tweaks, UI additions, and expanded unit command options, such as vehicle camouflage and first-person unit control, Men of War 2 takes inspiration from systems and mechanics found in other franchises in order to freshen up its own core gameplay. Chief among these new features is the introduction of a frontline mechanic that directly relates to map control. As units maneuver across the battlefield, they’ll push the frontline into enemy territory and give greater positional advantages to the aggressor.

This system is reminiscent of Eugen Systems’ Steel Division series, where the frontline and territory control are critical to victory. This is a thematic system that reflects the more maneuver-oriented nature of WWII combat and opens up additional avenues and tactical options for players to utilize the entirety of the map, rather than over concentrate on specific areas of any given map.

The most exciting elements to potentially elevate Men of War 2 into the mainstream are its teased dynamic campaign missions and an overhauled multiplayer system. While the developers kept their cards close to their chest, the excitement with which they mentioned these two elements was quite palpable.

We did get at least some details for the upcoming multiplayer mode in that players will be choosing predetermined unit formations called battalions, which include distinct unit compositions, equipment, and vehicles. This teased system is ostensibly a holdover from the discontinued Men of War 2: Arena MMORTS Best Way previously worked on.

Consequently, this battalion system also seems similar in concept to the Steel Division battlegroup system, where players composed their own specialized formations, though it remains to be seen how much these battalions can be customized and modified. If nothing else, a battalion system seems like it will incentivize greater teamwork and cooperation in multiplayer matches – an area the strategy genre sorely needs more attention in.

The Men of War series’ greatest strengths are its historical authenticity and richness of content as well as its smorgasbord of content catering to a wide range of players. This long-awaited sequel can really shine if it can successfully integrate new systems that will add extra layers to the tactical gameplay, while maintaining the series’ excellent sense of realism.

There are a few concerns for Men of War 2 that give us pause, though. While Men of War: Assault Squad 2 was developed by a different studio, it stood out in the series for its expansive representation of the major WWII armed forces, such as the Imperial Japanese Army. Men of War 2 seems like it may be taking a couple of steps back and focusing on something safer, yet cliché.

Nevertheless, Men of War 2 shows promise in its moderate developments to the series as a whole and big reworks for its key multiplayer modes. This is definitely a WWII game to watch.