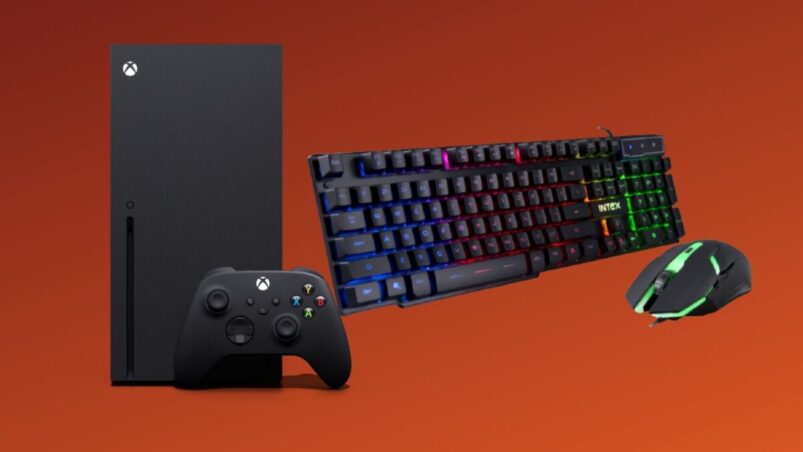 Controllers are one of the most recognizable icons of console gaming, Xbox included. They’re comfortable, interactive and feel good in our hands. But, let’s be honest: sometimes, controllers are just not great for some games, so you may want to check out some keyboard and mouse compatible Xbox Series X | S games instead.

Playing FPS games with a controller is often a wobbly mess, not to mention how organizing your inventory in RPGs can be frustrating. And let’s not even talk about menu navigation.

While seasoned console gamers might disagree with this rant, Microsoft seems to agree. Xbox Series X | S has compatibility with keyboard and mouse, in order to please those who want the console’s advanced and unique features, but don’t want to deal with a controller.

Not all Xbox Series X | S games are fully playable with a mouse and a keyboard, though.

Although some games simply need you to plug in the keyboard and mouse and then play, others aren’t fully compatible.

The following games are fully compatible with a keyboard and mouse:

And here is a list of games that work with both keyboard and mouse, but require you to either configure the devices in-game, enter the menu with the controller, play for the first time with it, or keep it plugged in:

You might have to wait a few seconds before your console recognizes the devices, but that’s it, nowhere near as complex as it is on PS5.