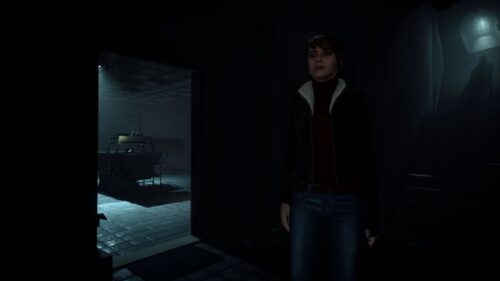 A horror game that deals with the real world and the spirit world isn’t exactly the most novel idea in the universe. Plenty of games have portrayed the concept that the world we perceive isn’t the whole truth and all that, but those games have often been two distinct worlds that are unrecognisable from the other. The Medium offers a more unique take, presenting the material world and the spirit world as two simultaneous planes of reality. The resulting product is a game that’s big on exploration and puzzle-solving, yet held back by some flaws.

The Medium sees you playing as Marianne in 90s Poland. Marianne is able to explore both the worlds of the living and the dead, and can help shepherd the souls of the lost to a better place. This power leads her to being summoned to the Niwa (pronounced Niva) Hotel through a mysterious phone call, but when she arrives, she comes into contact with some mysterious and less-than-friendly supernatural denizens.

The story itself is a huge focus for The Medium, arguably over the gameplay itself, and it’s a decent enough supernatural horror/thriller. Without getting too much into spoilers, the plot delves into some heavy elements related to Polish history, the Nazi occupation before and during the Second World War and the influence of the Soviets on the population and culture.

Like most horror/psychological thrillers, The Medium leaves some aspects of its plot open to interpretation, specifically regarding the characterisation of two of its major characters. I’ll leave the majority of the key details out, but these two characters offer representations about how you deal with your own inner demons.

During my playthrough, it appeared like The Medium was making a statement about how those who do horrible things are created via nature or nurture. One character can trace their horrific characteristics back to a series of traumatic events, but the other character (while still having their own horrors during their formative years) seems more pre-determined to be a massive dickhead.

Upon further reflection, it’s also possible that the game is making a statement about how we can choose to let our traumas or our negativity define us. The first character in question makes an effort to suppress their evil urges, even if it ultimately proves to be fruitless. Meanwhile, the other character appears to harness the more evil aspects of their personality, weaponising them to use for their own benefit.

One good aspect of the game’s story is the voice acting, held up by Troy Baker’s depiction of The Maw, a monstrous entity that’s hellbent on your destruction. Troy, as you’d expect from a voice actor of his pedigree, does an excellent job of portraying such an otherworldly, malevolent being; combining together a sinister menace with almost a childlike innocence. There’s a delight in their sadism, as if they don’t know anything other than suffering. The rest of the voice acting is strong too, but Troy’s performance will likely leave the biggest impression.

The setting itself is also fantastic, with the abandoned Niwa Hotel making for great horror foil. Plenty of derelict rooms to really sell that creepy aesthetic, but the real stand out is the spirit world, which recreates the material world in a demonic way. Think plenty of weird skin doors and other horrific nonsense. At any time, it feels like the very walls of the world could reach out and grab you, but thankfully, the jump scares are kept to an absolute minimum.

The Medium offers more of a tense, foreboding horror experience than an “unexpected danger jumps at your face” horror, which is fine for a big scaredy-cat like me. This sense of tension is aided by an absolutely wonderful score by Akira Yamaoka, the legendary Silent Hill composer, and Arkadiusz Reikowski, frequent Bloober Team collaborator responsible for Blair Witch, Observer and Layers of Fear.

Less impressive, unfortunately, is the proposed two realities gimmick that Bloober Team showcased before the game launched. The idea is that Marianne would be able to explore both the real and spirit worlds simultaneously, which is true, and it’s certainly impressive to see two high resolution worlds rendered at the same time with minimal downgrades.

The problem is that these moments are few and far between, and a decent chunk of them are relegated to cutscenes, leading to some weird moments where on half the screen, Marianne is talking to nobody. For the most part, you’ll spend your time with the game travelling between the two different worlds, solving some light puzzles to open locked doors.

For those looking for Resident Evil-esque brain teasers in The Medium, you might be a bit disappointed. The puzzles mostly involve using your abilities to interact with an object in one world, which will allow you to access new areas in the other world. They’re hardly huge brain teasers, and oftentimes the only reason why you’ll get “stuck” is because you’ll forget you can spirit walk through certain areas in the spirit world.

The gameplay might be the biggest turn-off for most players, not necessarily because it’s bad, but because it’s not quite as intense as most horror games can be. For the most part, you’re exploring rooms filled with items, each either pointing you towards the way forward or giving you snippets of lore about the tragedies that befell the Niwa Hotel. In that sense, The Medium feels kind of like a horror version of L.A. Noire, just without the case investigations.

During certain parts of the game, you’ll have to try and avoid The Maw as it attempts to make your bad day even worse, though the rules of engagement change depending on where you are. In the spirit world, you can both see each other, and you simply have to avoid contact with him, but the real world presents a trickier situation: The Maw is invisible, yet blind, meaning you have to be quiet and careful to avoid becoming a demon lunch.

While these interactions sound like they would be tense, and the first invisible Maw segment is nerve wracking, they often feel like distractions from the main aspect of the game. They just feel like arbitrary roadblocks that don’t offer anything of significant value to the overall game experience. Don’t get me wrong, turning every moment with The Maw into some DOOM rip-off to inject some action into the game wouldn’t be right either, but for the most part, they feel like chores.

The Medium also seems to suffer from Bloober Team’s trademark jank, with plenty of visual glitches cluttering the screen in different moments throughout the game. On top of that, there are some occasional rendering issues sometimes when moving from the real world to the spirit world, and vice versa, but at least they’re nothing like the days of Gears of War’s Unreal Engine, which often took an eternity to properly render the textures of a waist high wall. There’s the power of the Xbox Series X for you, I guess.

If nothing else, The Medium feels like a perfect Xbox Game Pass game. While there’s a few drawbacks in the overall package, the core is engaging and worth checking out, especially considering that the only thing you’d have to lose by doing so is the space on your Xbox or PC’s memory. Download it, smash it during a weekend in your free time and enjoy yourself.

A code for The Medium was provided by PR for the purposes of this review. 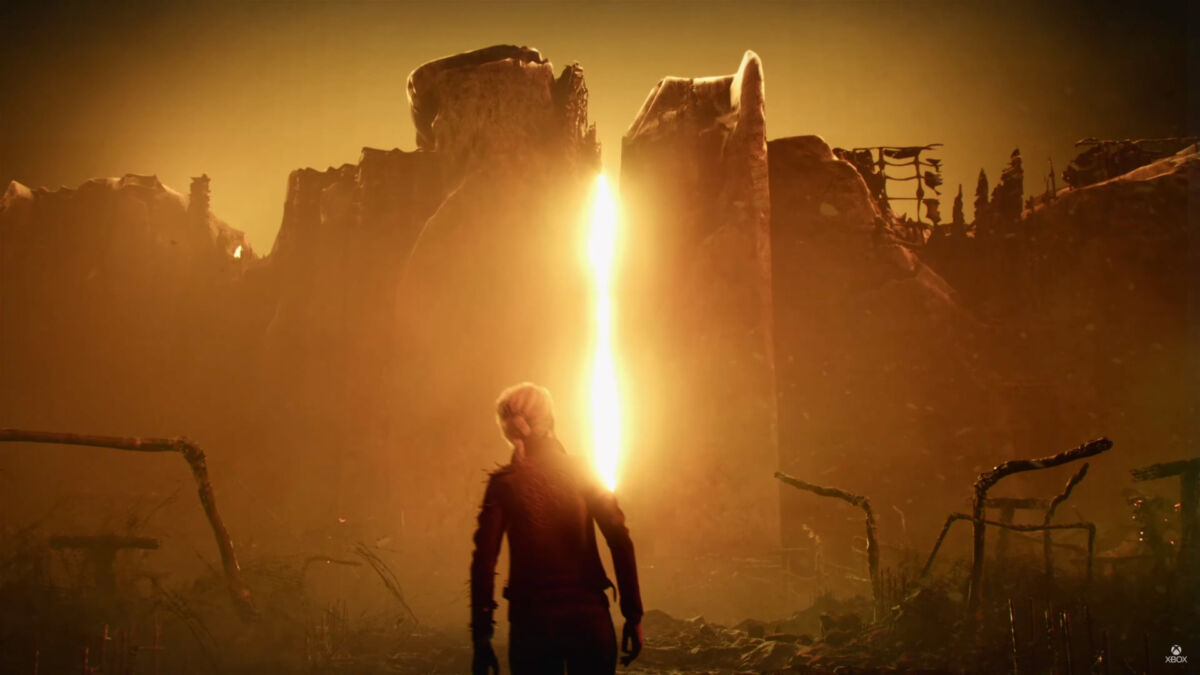 Verdict
The Medium is Bloober Team’s most ambitious game to date, and while certain aspects work better than others, the result is a decent horror romp that even the most horror-averse can enjoy.
7.5
Cultured Vultures is a pop culture website established in 2013 covering all things gaming, movies, and more. We eat your words.
All The News On The Biggest Games