Zombie Army 4 might be the perfect game to tide you over until this year's huge releases. 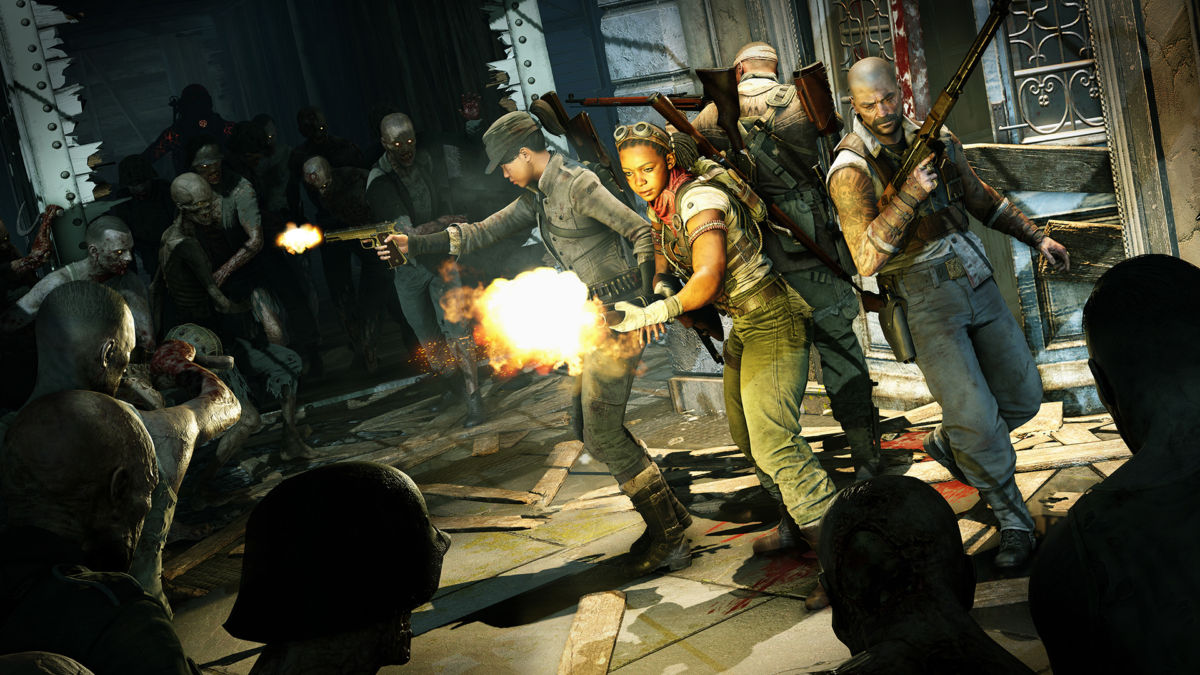 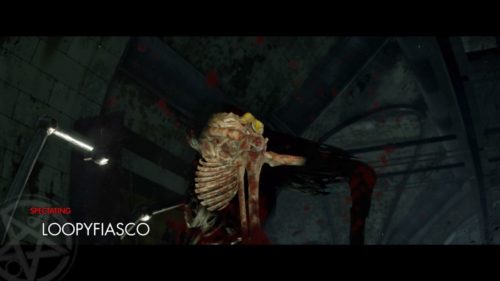 It feels almost pointless to mention just how many zombie games are shambling about these days. From the landmarks efforts of the Resident Evil franchise to about 60% of the horror section on Steam, they’re everywhere and don’t look like going away. So, with hordes of competitors to contend with, how do you make yourself stand out? Nazi zombies, of course. Oh, and also zombie sharks of an unknown political affiliation.

The Zombie Army series has always been some supremely silly fun, it pitting you as one member of a four-man squad going up against Hitler and his zombie droves, because, well, just don’t worry about it. Coming to Zombie Army for the story is like playing Sniper Elite not for the gratuitous nutshots — and also another excuse to kill Hitler. Neither franchise takes themselves too seriously, Zombie Army especially. If you’re new to the series, you will probably realise that the first time the aforementioned possibly Nazi shark bites a swathe out of your enemies after you shoot a button.

Across nine pretty chunky missions, each with their own decent array of chapters, you must try to suppress Hitler’s hordes across Europe, one sniper bullet at a time. Or maybe you want to use an airplane to suck a tonne of them into its blades, or set up a series of landmines inside your perimeter to keep them penned back as you casually headshot them with a revolver? Zombie Army 4 is a game all about sweet, liberating violence, it allowing you to tackle many of the game’s challenges as you see fit, which is also bolstered by its impressively deep progression system and multitude of upgrades.

For each level, you earn a score — a minigame in itself to see who among your squad can claim the most zombie Gnatzi scalps — which will help you to level up. Upgrade Kits are earned occasionally but mostly found through level exploration; a smart way of making sure players explore the levels you’ve worked so hard to create. These Upgrade Kits can make your weapons more powerful, hold additional ammo, or even imbue them with holy powers. 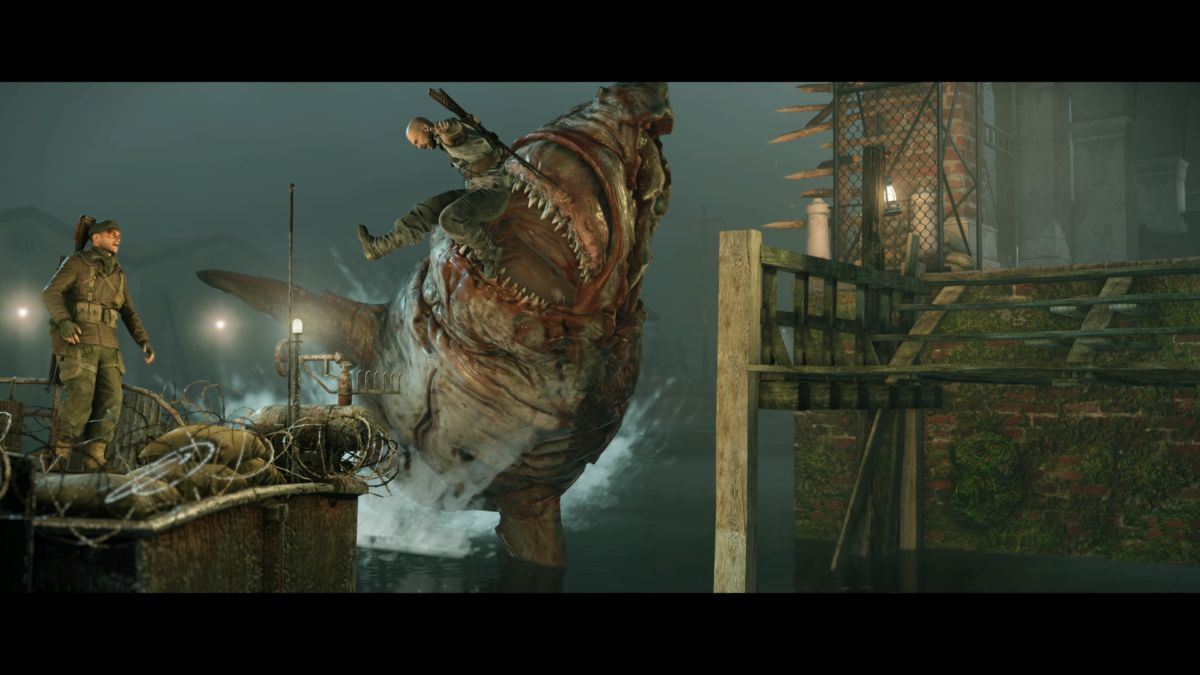 Racking up outrageous combos in Zombie Army 4 was a simple pleasure that I never stopped finding exhilarating, especially when they reached the hundreds and the headshots were hitting one after the other, the worryingly comforting squelch of skulls egging me on to higher and higher numbers. Miss too many shots or take too long to do more damage, however, and the counter resets. Pulling off a slo-mo multi-kill in the midst of it all is just the cherry on top, which, by the way, has yet to get old for me in any of Rebellion’s games. Developers need to stop copying Battle Pass systems and instead start adding x-ray kills that show brains folding in on themselves, in my opinion.

It’s not just simple “walkers” you come across in Zombie Army 4, however. New, increasingly more difficult undead types are added the deeper into the campaign you go, including commanders than can frenzy walkers and Screamers that act somewhat similarly to Witches. Though there are a lot of different enemies, the game really does go overboard with the amount of Armoured Giants it throws at you towards the end, hulking bullet sponges that are more like walking brick walls than a significant threat. Ammo can become scarce because of these big idiots, though there’s often the option to stomp on enemies for ammo.

Medkits are the true luxury of Zombie Army, the game hardly doling them out unless you are within a safe zone with four up for grabs in total. With a four-man squad, you can rest assured that there will be some squabbling when someone inevitably uses a medkit and then yoinks another to use within the next chapter, leaving another teammate without anything. This dearth of healing options means the player must depend more on their healing perks and attacks, which creates plenty of tension and even more need to rack up the combos to unlock the necessary ability.

To distinguish it from its predecessors, Rebellion have not only made zombies smarter, more varied and greater of a threat, but they’ve also given you extra ways of dealing with them in the form of perks. These range from the ability to revive yourself after being downed all the way up to making the AI dullards just a little less dim. Some even assist you in finding collectibles, which the game has an absolute abundance of — it’s going to make you work for your Platinum, that’s for sure. There’s a lot packed into a game that’s priced closer to a AA than a AAA title, so you will definitely be getting value. 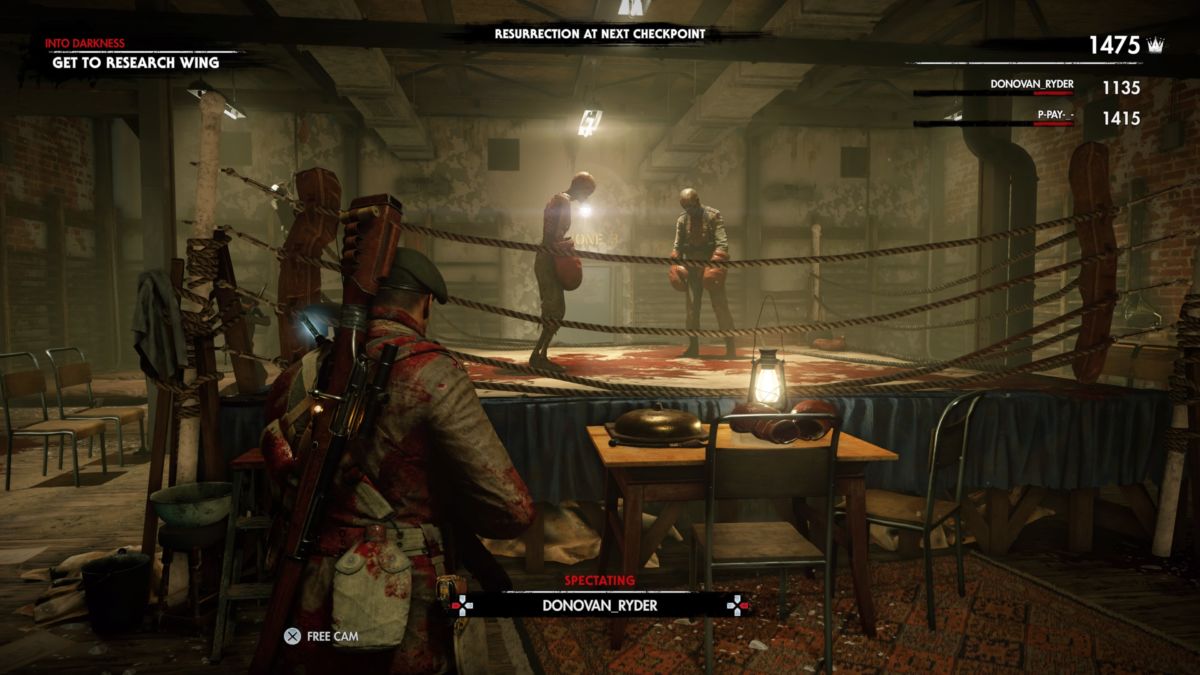 There’s a lot to unlock across all the varied weapons and they’re spaced out fairly well, though I don’t think I will personally grind my way up to level 100 after hitting 40 by the time the credits rolled on the campaign. I would likely be happy to stick with Zombie Army 4 for a long time if I had friends who played with me, though. Playing on medium difficulty, it’s the perfect excuse to sit back and shoot the breeze (and brains), cracking jokes about how silly it all is while appreciating the smaller details of the game, particularly when it comes to the Easter eggs. From Stranger Things references to collectible comics to your controller creepily laughing at you in the pause menu, Rebellion seem to have put a lot of effort into the making of Zombie Army 4.

I just wish that they had applied that same attention to detail to the level structure in the campaign, which becomes predictable after the first few missions. You routinely enter an area, have to collect a thing, put it in a thing, and then finish the chapter off by fighting a horde. This, along with the threadbare plot, makes the game’s campaign best played in bursts if you want to follow it chronologically without getting jaded, though there’s always the option to jump into a quick match with others instead. I had great fun with the campaign overall, I just wish that it had been a bit braver and stepped outside of the template more often. 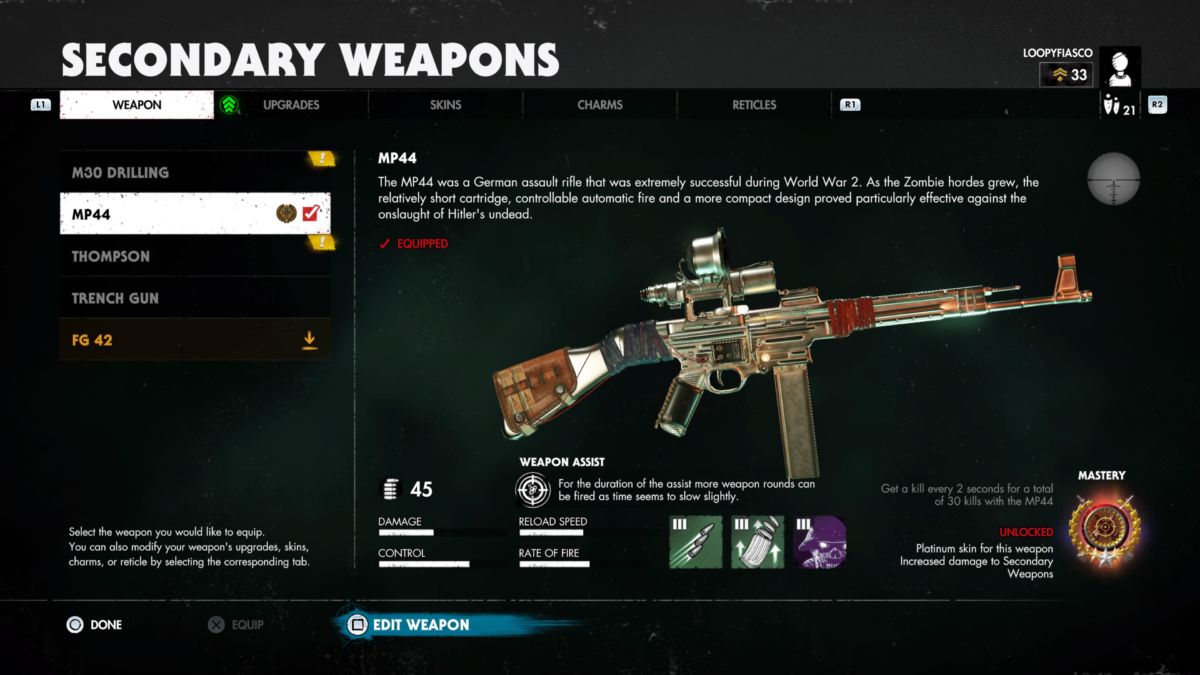 Away from the campaign, there’s also a decent if not mind-blowing Horde mode to take on, which will feel familiar to literally anyone who’s played the equivalent in a different game over the last fifteen years. You must survive for as long as you can against increasingly difficult waves of zombies with the thirteenth wave giving you a route to escape. Do you make a break for it or do you stick around and try to rack up an even better score that will help you to level up faster? I’ve yet to play a round where my squad communally agreed to go down swinging together, though the risk and reward nature means that there will be plenty of gamblers out there who will want to see how far they can make it.

Though you can bring your perks and melee attacks over to Horde, you aren’t able to use your upgraded weapons, which may leave those who don’t experiment with weapons in the lurch somewhat. Your starting weapon and loot is also randomised with better loot unlocking the more areas you open up. Again, nothing particularly innovative for a horde mode, though it’s a beloved mode for a reason — it’s almost always great fun. 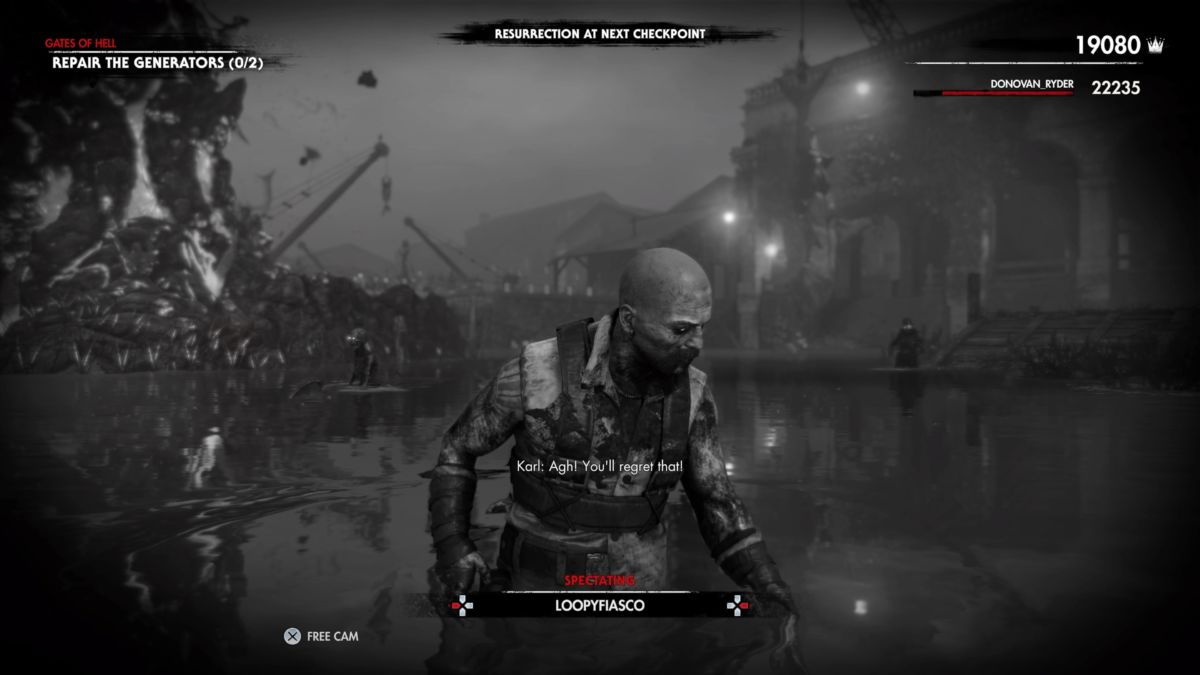 While Zombie Army 4 won’t win any awards for its story and doesn’t represent a massive revolution alongside most of Rebellion’s third-person shooters, it’s still some completely unpretentious fun with plenty of value and depth that also lets you play as a weird Russian wearing a sleeveless shirt. Sometimes that’s all you need in life.

A PS4 review code for Zombie Army 4 was provided by PR.

*While there are no in-game microtransactions, purchasing the more expensive editions gives access to exclusives weapons, characters, and more.

Verdict
Zombie Army 4 offers straightforward, enjoyable chaos that might provide a great distraction until the deluge of new games later this year.
8