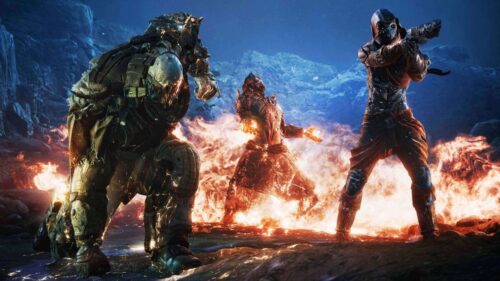 Outriders is a curious game. Despite the failings of its story, along with the litany of hard crashes, disconnects, glitches and other issues experienced during the game’s launch week, Outriders still manages to be a highly entertaining, challenging and enjoyable third person looter shooter. Even after multiple crashes during the same play session, I still found myself ready and willing to jump back into the world of Enoch.

This is likely because when it comes to action and gameplay, Outriders absolutely thrives. The game’s combat champions aggression above all else. Each of the game’s four classes demand that you stick yourself in the center of combat, using your abilities to their fullest extent in order to heal any damage you’ve taken. The Trickster and Devastator classes heal from getting kills up close, while the Pyromancer heals from damaging enemies set on fire. The Technomancer, the least aggressive class, has a more consistent life leech ability, allowing them to heal by simply dealing out damage.

When looking at gameplay, you’d be forgiven for thinking that Outriders was following the same cover-based shooting seen in Gears of War, or The Division to link it back to another looter shooter. Most encounters are littered with waist-high walls, which doesn’t help the perception. If anything, Outriders shares much more DNA with the recent DOOM games, albeit a little less well put-together. Most fights are filled with squishy, fodder like enemies that can be used as instant health packs, allowing you to get back to fighting the tougher enemies.

Playing as a Trickster showcased Outriders at its best, as I could teleport in, cleave through five enemies with a Temporal Slice to slow them all down and deal massive damage, before taking out my automatic shotgun and just start firing away until everything in the vicinity turned into a bloody mulch. In those moments, you feel like you’re actually the god that the game’s story touts you as being, hordes of enemies falling at your feet.

On the subject of the story, Outriders has a lot of promise with its dark sci-fi setting, but it feels like it’s squandered on bland characters and weak voice acting. Earth is dying, so humanity travels to a planet called Enoch hoping to start afresh. However, once you’ve landed, you’re caught by a storm known as the Anomaly, which kills most people but gives you superpowers. You’re also frozen in time for three decades and awakened to find humanity doing what humanity does best: blowing each other up.

The main quest sees you trying to find a way past the Anomaly storms to locate the source of a mysterious signal, and while there’s a decent pay-off at the end of the game, the road to get there is just bereft with narrative dissonance. Despite being a game about the last survivors of humanity trying to not go extinct, you spend a large majority of your time dwindling those numbers significantly.

The story mentions that there’s maybe a few hundred thousand humans left, but by the time the credits roll, you’ll have single-handedly dropped that number by around 2%. Even in cutscenes, your main character is as trigger happy as they come, but who’s got time to think about that when loot numbers keep going up? Perhaps I’m being too harsh on a game that’s about doling out big damage with big weapons, but there’s a whole section in the late-game where the game walks you through an internment camp. Genocide is bad when someone else does it, but if it’s in the quest for loot, it’s fair game, I guess.

It probably doesn’t help that the main character is trying to be a wise-cracking, one-liner machine, throwing out dry remarks and comebacks that I probably would’ve found cool if I was still 15. Side quests often see dishevelled war refugees and other destitute and desperate characters asking the player for help, and their response for the most part is often along the lines of “maybe I’ll help you if I’ve got time, you nerd”. You get the feeling they’d start bullying the NPCs off-screen for their lunch money. Outriders might be a bit better if the lead character wasn’t such a massive dickhead.

Still, the endless toil for better weapons and gear are where Outriders’ brilliance truly shows. You have so much control over the game and the build you want to create, making for an overall looting experience that’s as empowering as the combat. Sure, the random loot means you’re never truly in control of everything, but Outriders gives you tools to fully tailor the game’s experience and your overall build in a way other games don’t.

Firstly, the crafting experience is easy and intuitive to use, with players able to level up and modify their gear in interesting ways. Obtaining modifiers requires you to disassemble gear that uses mods you don’t have, meaning that, especially in the early going, there’s no such thing as useless loot. Even if the gear in question isn’t as good as what you currently have equipped, the mods and the resources obtained from breaking it down make it useful.

Being able to modify one of your gear slots infinitely, so long as you’ve got enough iron or leather to do so, means you can cater your weapons and armour to the situation at hand. If you like your overall set-up but you have one mod that’s a bit out of place in your current build, you can easily swap it out without having to go through the rigmarole of obtaining a brand new weapon and modifying that one to your specifications. It would be nice if you could modify both slots, even if only on high-end gear, but even just the one is nice.

The mods themselves are often game-changing abilities that can increase your healing, health pool, damage and more. There are mods that can also inflict status effects, which can be combined with other mods that trigger specific interactions with certain statuses, or mods which deal additional damage on top of the base damage of weapons, with lightning strikes, meteors and other summonable damage types all covered. Once you’ve managed to create a cohesive build, Outriders is a real winner.

The other major factor is World Tiers, which are scalable difficulty modifiers that increase the levels of the enemies you encounter and the level of your rewards. Naturally, World Tiers increase as you do, meaning the game will progressively get harder and harder, but you can turn off the option to increase World Tiers automatically, allowing you to settle into a difficulty setting that’s right for you. If you’re just looking to blitz the game’s story, a low World Tier is fine, but higher Tiers lead to higher rewards and more fun gear. It’s all about finding that balance.

If you’re the type of person to get hooked on the loot grind, you’ll also be pleased to know that there’s a healthy endgame, which sees players go out on expeditions to earn high-end loot. The level design encourages players to complete these expeditions as fast as possible for better loot chances, which exemplifies the core tenets of Outriders’ gameplay. If you can gather two friends to join you, you might be playing the endgame for a while.

Despite the lacklustre story, the gameplay manages to carry Outriders, even through some of the spotty launch period that’s seen plenty of hard crashes, disconnects and other glitches that have plagued the game. However, the gameplay only carries Outriders so far, and it felt like the closer I got to the end of the game, the more these crashes, bugs and other issues kept piling up. Trying to complete a difficult late game section only to have the game crash is a frustrating experience at the best of times, but in Outriders, it happened more often than I’m comfortable with. It was hard to not throw the controller through the TV screen.

Fortunately, People Can Fly have confirmed that a patch is in the works which should address some of the crashing issues, along with other glitches such as the HUD disappearing, which should clean up a lot of the more frustrating elements of the game. In a couple of weeks, Outriders should be a smoother experience that’s easier to recommend, but right now, Outriders is a bit of a mess.

Outriders is one of those “rough-around-the-edges” games that’s brilliant in its core, but is dulled around the edges by some less than stellar elements. In this case, it’s the weak story and issues with the launch build of the game. While the story can’t exactly be patched, some additional work and updates to the game should help Outriders to truly shine.

A code for Outriders was provided by PR for the purposes of this review. 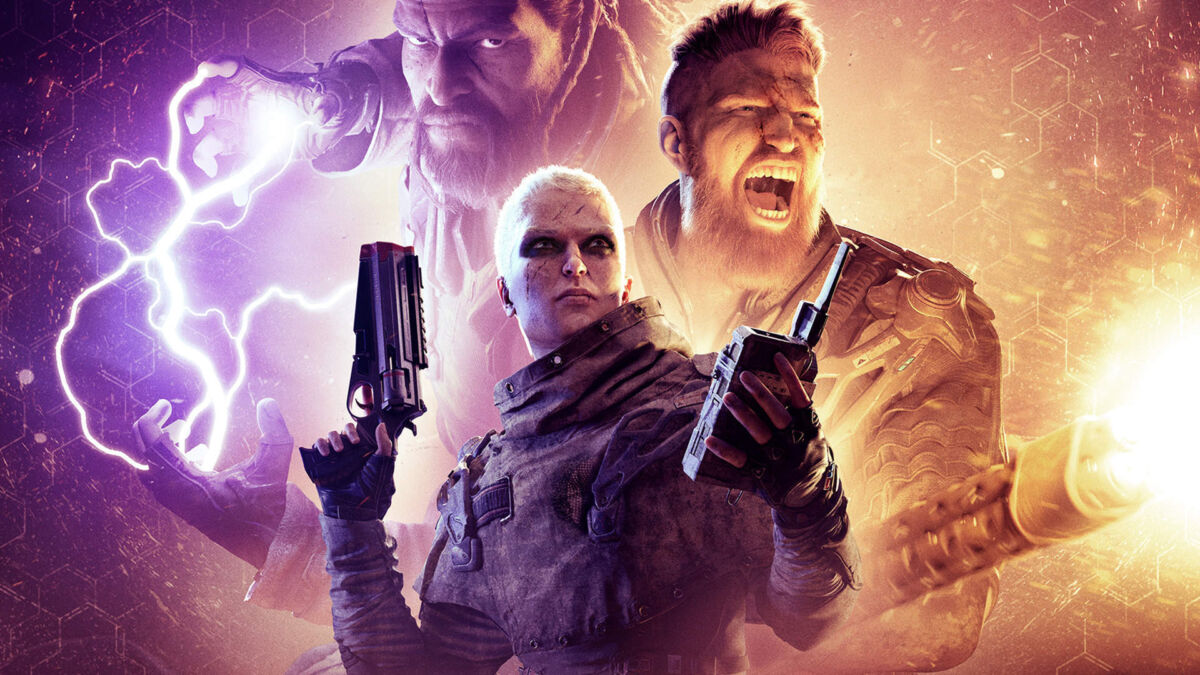 Verdict
In spite of the weak story and awful launch state, Outriders still manages to be a compelling and rewarding looter shooter.
7.5
Cultured Vultures is a pop culture website established in 2013 covering all things gaming, movies, and more. We eat your words.
All The News On The Biggest Games