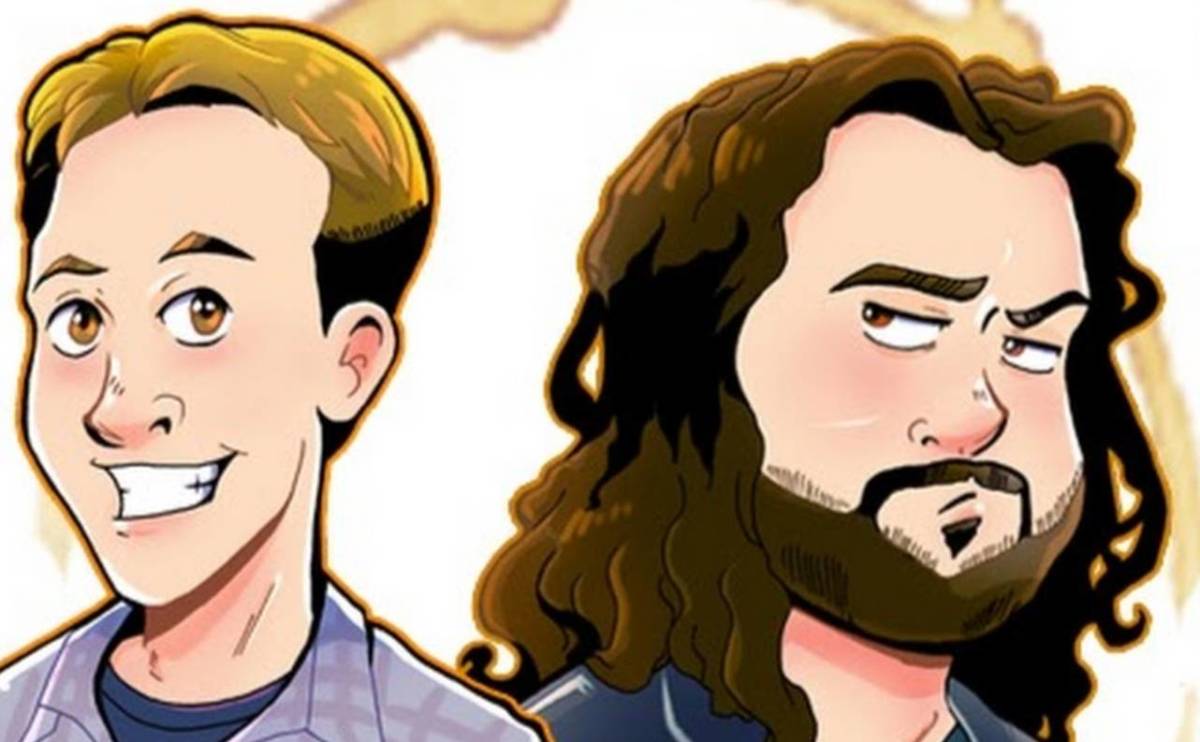 A few months ago, we chatted with CheapShow co-host Paul Gannon about his work, and he recently came back to Cultured Vultures to update us all on how his projects for 2018 and beyond are coming along.

“Because Patreon’s been going so well, CheapShow’s now weekly!” he begins, excitedly, when I ask about how co-hosting and editing the hit economy comedy podcast is going, “I thought I’d get rid of the very last pieces of my social life that I was hanging onto by doing CheapShow weekly, and so far, it’s great. We’ve crossed half a million downloads and that’s absolutely crazy for us because when we started out it was two blokes in an upstairs comedy room in a pub, doing a show for four people–possibly from Germany–who did not understand what was going on. And we’d never thought it would get to this point: where we’d make money from it, where people would listen to it, where people would recognise us from it. I’m very, very happy with the way CheapShow’s going. Do I want more listeners? Yes, of course! Because that would be lovely, but it’s lovely the way it is right now, and we get to make the show we want right now without losing the soul of it. Which is weird, because CheapShow has no soul…”

For the uninitiated, CheapShow is “an anarchic comedy podcast, celebrating the best of the cheap and cheerful. It’s a mix of stand up, chat show and twisted games and challenges: all based around the hunt for long lost treasures or bargain basement deals.” The podcast is hosted by “3 comedians (Paul Gannon, Ash Frith and Eli Silverman) who specialise in storytelling, performance and improvised stand up, so each episode feels fun, fresh and chaotic.”

We’ve covered the concept of Patreon and how it’s affected creators fairly extensively here on Cultured Vultures: the subject comes up time and again in our interviews with various creators, and we’ve covered how their proposed fee pay changes would have affected creators of all kinds. The pledge-based site has certainly been a great deal of help for CheapShow’s growth, as Paul explains when I ask about the site’s effects on the show’s production: “It’s been pretty huge for us. Right at the start, when we were thinking about Patreon, I was worried it would be cheeky to ask for money off of people for a podcast that was basically two fucking idiots mucking about and having arguments. We thought we’d give it a try and use it almost like a barometer for where we were as a podcast. ”

Though CheapShow’s Paul and Eli may now be known as everyone’s favourite British love/hate comedy podcast duo who like to scream at each other about Quavers and instant noodles, a lot of the show’s fans were introduced to the pair via Barshens–the collaborative channel of YouTube’s Stuart “Ashens” Ashen and Barry Lewis of “My Virgin Kitchen” fame. Eli, Paul and Ash have featured on the Barshens channel in a variety of game and challenge based episodes, and have taken aspects of CheapShow (such as “The Price of Shite”) to Barshens, adapting the games for a video format.

“I’ve always said it: we wouldn’t be as successful as we are now without the Barshens channel”, Paul tells me, when I ask about if many of the fans are still finding out about CheapShow via Barshens, “Back when Stuart [Ashen] first did the show, when CheapShow had yet to turn into CheapShow, he did it because I’d done a few comedy gigs with him, and we’d got on really well. Because what we wanted to do with CheapShow was similar to what Stuart was doing with the Ashens channel, we thought it would be great to get him involved. And you know, he came along, he really liked it, and we started hanging out more and more. We did comic cons together–he would do meet and greets with Ashens fans, and then we’d do CheapShow Live…to cut a long story short, he brought me and Eli into Barshens, and we slowly crept in front of the camera. We then started heavily name-dropping CheapShow, almost shamelessly so…and the Barshens’ fans followed us to CheapShow, which was just amazing.”

Paul pointing out the overlap in the economic stylings of both CheapShow and Ashens interested me–it’s something I hadn’t thought much about before, but Ashens’ YouTube channel definitely lends itself to the more budget aspects of life, with some of his best-loved videos taking place on his old brown sofa, as he reviews Poundland’s latest offerings. “It was like a kindred spirit, really,” Paul explains, when I ask him to elaborate on the overlap between CheapShow and Ashens, “it was weird because Stuart ended up working with Richard Sandling I think–and I might be wrong–because of Ashens and the Quest for the GameChild–because Richard was an actor in it, and Richard is a friend of mine, and so paths crossed there. Stuart and I were both on an episode of Richard’s Perfect Movie and we got talking, and I said something like “I don’t know you, and you’re much more successful than me, but I’ve got this bullshit CheapShow podcast–do you wanna be on it? And he said yes for some fucking reason!”

“I grew up with a lot of off-brand things, knock-off food, knock-off toys,” Paul continues, touching on the subject of economy and class, “it’s only when you get older and you get told that branding is important–that you need to wear, say Nike–that you become aware of how poor you maybe are, compared to other people. That situation means that I never look back on my childhood with any shame, it’s just part of the fabric of growing up and not having as much money as some other people did. I love knock-off brands because I think I understand what they exist for: they’re there to give mini luxuries to people who can’t afford to have them.

“So there was a shop near me that would sell stuff like Star Wars figures that were two years out of date, and that’s how I got my Star Wars figures, by waiting two years and then getting them in the bargain bins. When it came to doing CheapShow, we didn’t think about anything to do with class and punching down, or poverty comedy, or anything like that. It was more like “here are two losers who have a very strong opinion about stuff that doesn’t matter”, and we purposely get excited about small things because it proves that you really can get a lot of enjoyment out of life without spending a lot of money.”

While CheapShow is certainly a unique beast of a thing, it has its influences in British comedy, as Paul explains: “When someone compared our podcast to Bottom, I think that was the best compliment we could’ve ever gotten,” Paul says, to round off our CheapShow discussion, “I do look at CheapShow sometimes and go, oh that’s very Bottom, that’s very Vic and Bob…everything in my subconscious that I watch and read and listen to and love has been pulled into the show. I think we bring a lot of originality to it, though, and I hope that our listeners feel the same. We’re going to keep going, we have a live show coming up in October in London, and we don’t have any plans to stop any time soon.”

An-ever busy man, Paul Gannon goes on to tell me he’ll be appearing in the upcoming Digitiser, which I think is best explained in his own words: “It’s going to be absolutely insane, and absolutely wonderful. You can feel the absolute passion and adoration for video games from everyone involved, and I hope that’ll be reflected in the show itself. It’s going to be an absolutely bonkers but absolutely brilliant time for anyone who loves video games, especially older video games, and I had such a blast being part of it.”

You can find out more about Digitiser over on YouTube, and you can also watch the Kickstarter campaign launch trailer for an idea of what the show’s about:

Paul will also be appearing in the upcoming Ashens and the Polybius Heist–a sequel to Ashens and the Quest for the GameChild which is currently crowdfunding on IndieGoGo. It’s certainly a good time to be alive if you’re a fan of Paul Gannon and/or old video games.

“It’s all very exciting, really,” he finishes off, laughing, “doing silly things, and having people seeming to enjoy all the nonsense. I want to keep going.”

You can find out more about CheapShow on the official site, and you can follow Paul on Twitter @PaulGannonShow.  You can contribute to the Ashens and the Polybius Heist IndieGoGo campaign here. The campaign is set to run for another week at the time of writing.