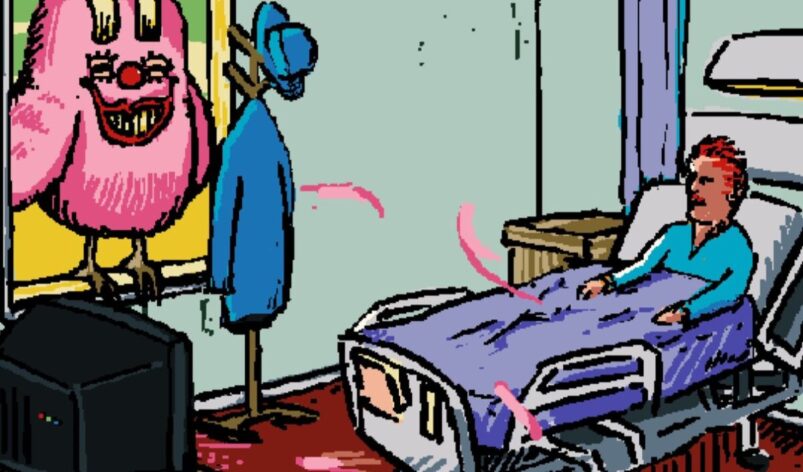 Interface, the “feature” debut from Canadian artist Justin Tomchuck (aka u m a m i), brings together the entirety of the animated web series of the same name into a single cinematic adventure. And it certainly is an adventure. Both narratively, as the film follows the non-aging (and non-speaking) Henryk Niebieski and the shapeshifting Mischief (Tomchuck) on their quest to find Henryk’s great-granddaughter, and experientially for the viewer as we’re transported into a strange and often awe-inspiring world.

The animation is entirely digital, but the movie includes the blips and scratches associated with viewing a somewhat aged film print. These blips and scratches are accompanied by the requisite sounds, but more than that, in the quiet moments of the film, we can hear the soft scratchy hum of film being played as well. So before anything strange even happens within the world of the film, the form is already at odds with itself, it’s a fully digital creation pretending to be analog.

It’s also a mostly flat two dimensional animation that every so often breaks into three dimensions to allow the camera to move within the world of the film. These movements then highlight the incredible shadow work in the film as the shadows adapt to camera placement. There’s also the fact that movement and surfaces alternate between choppy, and incredibly fluid, water in particular can be either depending on the scene.

This unique form fits perfectly with the strangeness of the story, which begins abruptly when Henryk, waiting at a bus stop, is approached by Mischief, in the form of a noodly octopus-like creature with no central body, who slaps Henryk’s cigarette out of his mouth, explains that he lost his body in 1943 during a military experiment, and then turns into a bus and invites Henryk on.

The film then builds its world and story out to introduce the concept of “immaterial cerebral electricity,” which seems to be what Mischief is made of, or affected by (a number of things in the film aren’t entirely clear), and the cerebral electricity cop KAMI functioning as a Blade/replicant Blade Runner (in the Blade Runner 2049 sense) type character who’s able to harness this power and does so to hunt others who can as well.

From there the narrative is rather straightforward as Henryk and Mischief search for Henryk’s great-granddaughter and KAMI is on their tail. But it takes a number of diversions, which are easy to understand given that the film was initially a web series and these could in theory be cut for narrative momentum, but the film isn’t particularly interested in narrative momentum. For one thing, all of these vignettes add an interesting idea, a funny joke, or a visually exciting sequence. But more than that, despite Interface’s straightforward plot, it’s much more of an atmospheric mood piece than a science fiction thriller.

Beyond the visually striking world, almost the entire film is undergirded by score. Tomchuck’s score moves seamlessly between ambient synths that vary from cozy to unnerving, melancholic piano pieces, and some rousing electronic pieces that lend the film’s few action scenes a real sense of “epic.” Beyond the score which lends to the feeling that the film is more interested in mood than narrative, a number of the diversions the film takes are essentially monologues on themes ranging from life and death to environmental changes. These monologues lend the film the feeling of being a philosophical work itself, which opens it up to the dreaded “pretentious” tag, but Mischief’s humor lends the potentially highfalutin moments a grounded authenticity.

While the film never name drops any philosophers, there are a number of direct recreations of famous works of fine art (such as Edward Hopper’s Nighthawks and Andrew Wyeth’s Christina’s World) both within the world of the film and as paintings, and sometimes both. But it’s not just famous paintings that the film shows a reverence for, the finale directly visually quotes images from The End of Evangelion’s iconic ending.

These reference points give a perfect sense of Interface in a way. It’s a film that’s deeply concerned with humanity’s place in our changing world (both digitally and environmentally), what and who counts as human, death, and more. But it never shies away from creating visually exciting sequences that seem to simply exist to make the audience appreciate incredible animation, and it’s filled to the brim with absurd humor (overwhelmingly from Mischief) that keeps things from becoming overwhelmingly intellectual and dry.

READ NEXT: 12 Best Viking Movies of All Time 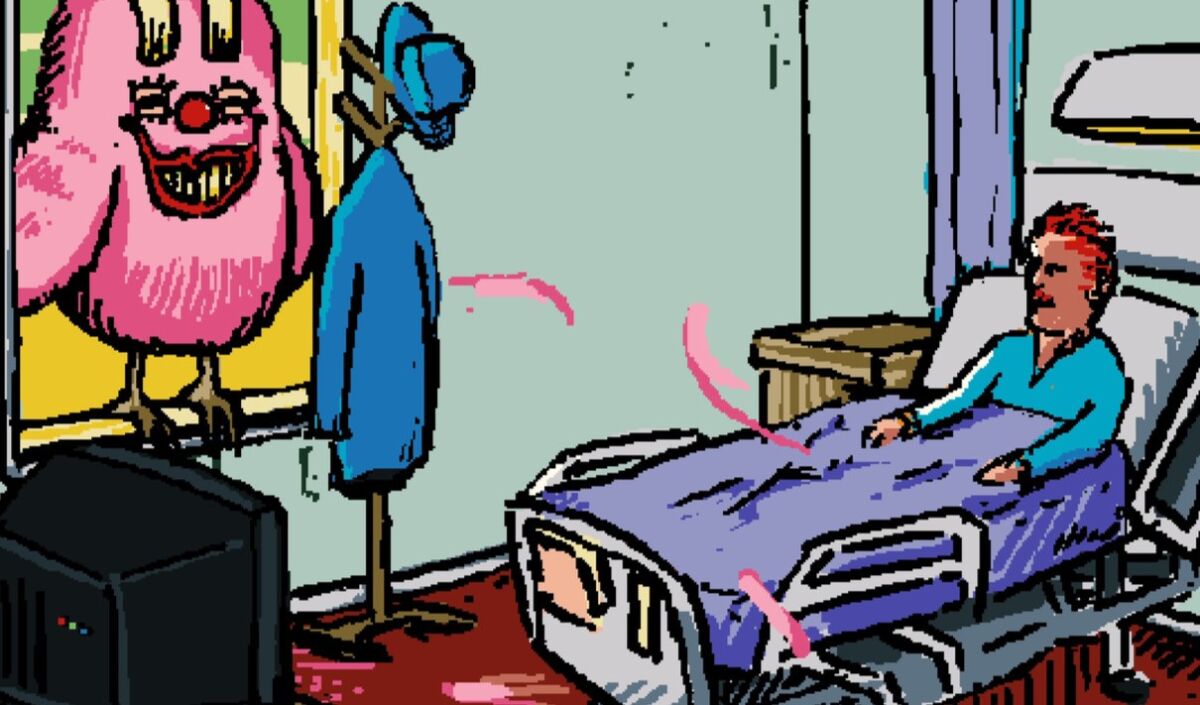 Verdict
Interface invites viewers into a uniquely animated world and delivers an equally visually exciting and thought-provoking mood piece.
8
Cultured Vultures is a pop culture website established in 2013 covering all things gaming, movies, and more. We eat your words.
All The News On The Biggest Games