20 Years Later: How The End of Evangelion Perfectly Depicted Depression 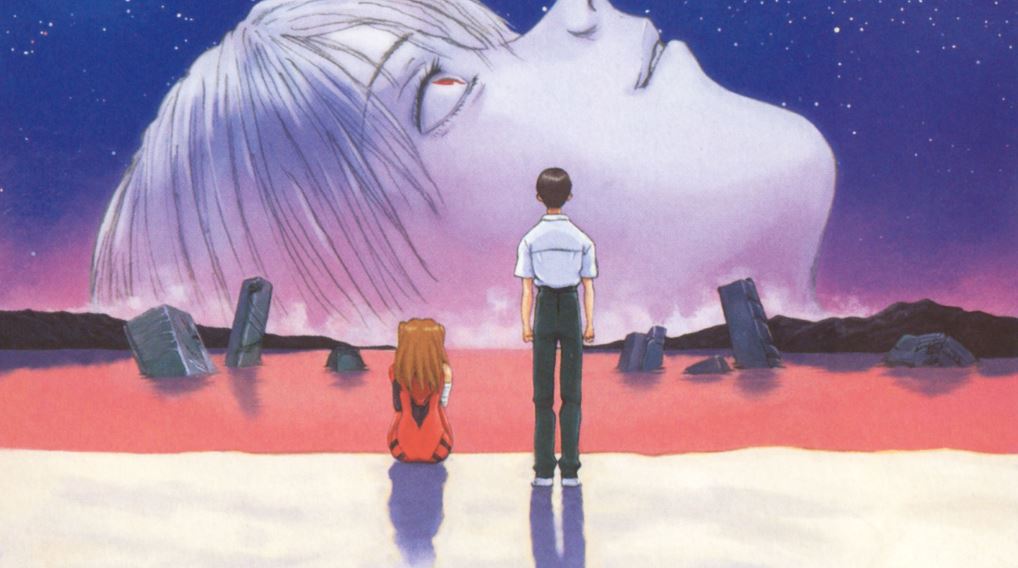 Over the last few years, there has been a lot more support for mental health issues, such as depression, but its representation in film and television remains weak. Often the media reduces a complex disorder into overly simplistic characteristics. An object to move a narrative forward. A prop for a joke.

There are only a few strong examples of films that have covered depression in a compassionate, informed way.

Twenty years after its original release, The End of Evangelion remains one of the few films that covered depression well and, perhaps, is the strongest example in film.

The director of both the film and the preceding anime, Hideaki Anno, suffered from depression for a long time before he created Evangelion, so he understood how to cover the topic well.

He is believed to have wrote in a confessional letter back in 1995:

“I tried to include everything of myself in Neon Genesis Evangelion. Myself, a broken man who could do nothing for four years, one who was simply not dead. Then one thought: you can’t run away came to me and I started production. It is a production where my only thought was to burn my feelings into film.”

Rather than being used for a single character or narrative thread, the theme of depression permeates every area of the film. Each of the main characters carries significant emotional baggage, juggling their own life while carrying these negative feelings. Occasionally breaking down once they are alone. A façade that they allow to fall apart when no one is around.

Shinji, the main character, struggles with being abandoned as a child and being forced to pilot an EVA, a large organic robot, in order to save the world from destruction.

Asuka, another one of the EVA pilots, watched as her mother kill herself when she was child, causing her to seek attention and only value herself by her achievements. In the film, she continues to feel worthless due the fact Shinji is considered the better pilot (something that was covered in the preceding anime).

This responsibility is a heavy burden for them to bear and causes them a lot of mental anguish. If they fail, not only will they die, but everyone else is likely to die, too. Even worse, they will have failed in their task, letting those around down.

Other characters include Misato, whose father died saving her when she was young and Gendo, Shinji’s father, who pushes his son away after his wife died.

Each one deals with grief and emotional turmoil differently. While Asuka and Misato hide their emotions, Shinji struggles to do the same, becoming overwhelmed by the issues that surround him and further frustrated by the way he handles his problems.

It highlights how there is not one way to cope with depression, rather than reducing a complex disorder into a convenient archetype.

While in the first half of the film the viewer watches Shinji’s life from an external perspective, it only tells half the story. We can only judge by his words and actions. Unable to see the inner psychological reasoning behind his choices.

In the second half, we get to watch these situations play out in his mind, enabling a better understand of the reasoning behind his destructive behaviour and how he is aware that some of his actions have caused people close to him to be pushed away.

In one of these dream-like sequences, Shinji is stood near a sandpit. Two young girls, who represent Rei and Asuka – significant people within his life -, say: “let’s build a sandcastle”. He is momentarily happy, only for him to feel lonely when they walk away.

The following image is a sand pyramid that represents NERVE, the place that forces him to pilot an EVA. He begins to smash the pyramid, but quickly regrets this action and attempts to rebuild it.

This scene is significant as it represents his loneliness and how his inability to connect with people is due to his ties to NERVE. The forced responsibility causing him mental anguish and, by extension, a disconnect with those who are around him, even if the two people who walked away also pilot EVAs.

Not long after this scene, Misato, someone for whom Shinji cares deeply, says: “Reality can be painful but it is something you must learn to accept.”

These sequences flow from one to the next with Shinji slowly beginning to understand that he is loved, and everyone feels pain.

These moments are powerful as they allow for a deeper understanding that other films have not tried to achieve. We not only get to see why they perceive themselves to be vulnerable, but also how the other characters felt during these moments.

In another scene, Shinji shouts in frustration: “Liars. You’re hiding behind those smiles, but you intentionally keep things ambiguous.”

To which Rei, an EVA pilot and someone for whom he cares deeply, responds: “Because the truth causes everyone pain. The truth is very traumatic.”

The film ends with Shinji accepting that his everyone’s life has value, that reality is not perfect but it is better than not living.

My favourite thing about the anime and this film is the ending. Both end with scenes that show depression does not have to be the end of the road and sadly, more than anything else, this sets it apart from most films. Not only can people relate to these characters, but they can then see that people can work their way out of depression.

Even though The End of Evangelion is a great movie, it is a shame that it is still one of the few solid films to have a strong and accurate representation of an issue which affects many in our society, especially as we have become more accepting of mental health issues.