Evangelion, Depression and why Hideaki Anno is the Lars Von Trier of anime 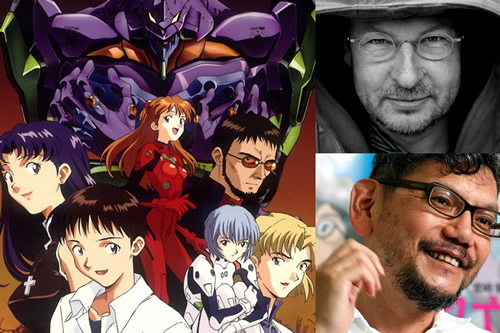 I finally got round to watching Neon Genesis Evangelion this month. I’d never seen it before, despite it having been around for the best part of 20 years and hailed as a transcendent, landmark moment in anime. I devoured 26 episodes and two follow-up feature films over a couple of weeks, and while I enjoyed the big robot fights and twisty-turny plot lines, what I took away from it more than anything was how much it resonated with me as someone who suffers, occasionally, from symptoms of depression.A little background: Evangelion’s creative mastermind, Hideaki Anno, has a history of clinical depression which has fed into his work more than once. During its TV run, the show divided fans with a third act that took a sudden lurch from a day-glo sci-fi epic into a dark psychological thriller, culminating in the show’s notoriously abstract final two episodes. Legend has it that at the time, faced with a punishing production schedule and a storyline slightly too ambitious for its own good, Anno cracked under the strain and his team followed suit. But rather than keep up appearances, the anime maverick laid his soul bare and poured his issues into the show’s narrative. The resulting critical reception was torn between some hailing Anno as a unhinged creative genius while others decried him as a self-indulgent wreck who intentionally torpedoed his own franchise.Neither side is 100 per cent right. The final two episodes of the show are like nothing I’ve ever seen but carry a heavy whiff of desperation about them, feeling like the work of a creative entity that has run out of time, money and mental stability (a scenario that, it should be noted, has given us a lot of great art over the years). Having incurred the wrath of a major portion of the show’s fanbase (the beleaguered director was sent death threats and everything), Anno offered up a peace offering via two theatrical releases in the late 1990s which aimed at providing a more fleshed-out conclusion to the saga. The first, Death & Rebirth, was a glorified story-so-far. The second, decisively titled The End Of Evangelion, placated some but frustrated others as, yet again, the director went with his creative gut and filled the movie’s climax with an eye-poppingly bonkers spectacle that outdoes the TV show in terms of sheer dark lunacy, with plenty of loose ends left untied. 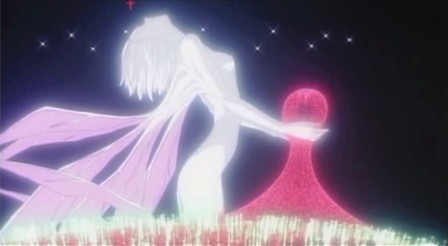 But it’s still fascinating stuff. Anime as a whole is ripe with metaphors and analogy but no-one seems to have gotten under viewers skin quite so much as Hideaki Anno and Neon Genesis Evangelion is still unmatched in its scope, whether that scope was borne from mental collapse or not. Evangelion’s protagonist, Shinji Ikari, is as representative of its creator as any creation can get: gifted, unstable and self-hating, but a central figure without whom the show simply could not function.The final episode of the TV show is less of a closing chapter and more of a metaphysical journey through the human psyche as Shinji is put on a psychologist’s couch of sorts, questioning his very existence and confronting his darkest neuroses. He becomes an avatar-by-proxy for anyone who has given themselves a hard time over giving themselves a hard time, and I found myself relating to him a hell of a lot more than, say, Luke Skywalker.The TV show finished on a relatively upbeat note, as Shinji decides, in a roundabout way, to start loving himself, thereby saving all of humanity in the process (or at least, that’s how I deciphered it, it’s a cryptic ending by anyone’s standards). The End Of Evangelion winds down in a manner that is darker, weirder and a lot less satisfying as the hero witnesses a surrealistic apocalypse that ties in with his nervous breakdown. The world is coming down around Shinji’s ears, and one can almost hear Anno screaming: “I can’t do this anymore!” in tandem with his traumatised onscreen alter ego, before an attempted act of sexual violence punctuates the movie with a dull thud of an ending.And yet, somehow, it all makes sense. Life imitates art, so why shouldn’t art imitate life? What Anno leaves the viewer with is a work that is far more interesting and ripe for interpretation than a simple good-versus-evil tale with a convenient everything-worked-out finale. Anno’s status as a polarising enfant terrible of his craft draws parallels with another artistic contrarian: Lars Von Trier. They work in different mediums but both directors have battled with mental health issues over the years and both have made works that have captivated, divided and infuriated audiences in equal measure. 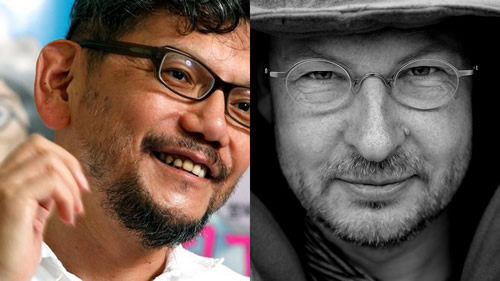 Anno’s creative odyssey since The End Of Evangelion has been an interesting one. He made a series of live-action films and married acclaimed manga artist Moyoko Anno before making a much-heralded return to directing animated films in 2007 with his Rebuild Of Evangelion project: a handful of feature films retelling the story with a completely new ending. The fourth and final movie, Evangelion: Final is due for release next year and pre-production started over the summer. At the time of writing, I’ve only seen the first two films in the Rebuild series. They’re slick, polished and spectacular affairs but lack the emotional intimacy that made the TV series so compelling.However the franchise ends (if it ever will end), it’s longevity is assured by its emotional complexity. He may have just missed his mark, but the fact that Anno was aiming so high in the first place is worthy of commendation. Sometimes, the best art is the stuff that you argue over.