Better Call Saul brings all the puzzle pieces together as it thunders towards a tragic fate we already sort of know. 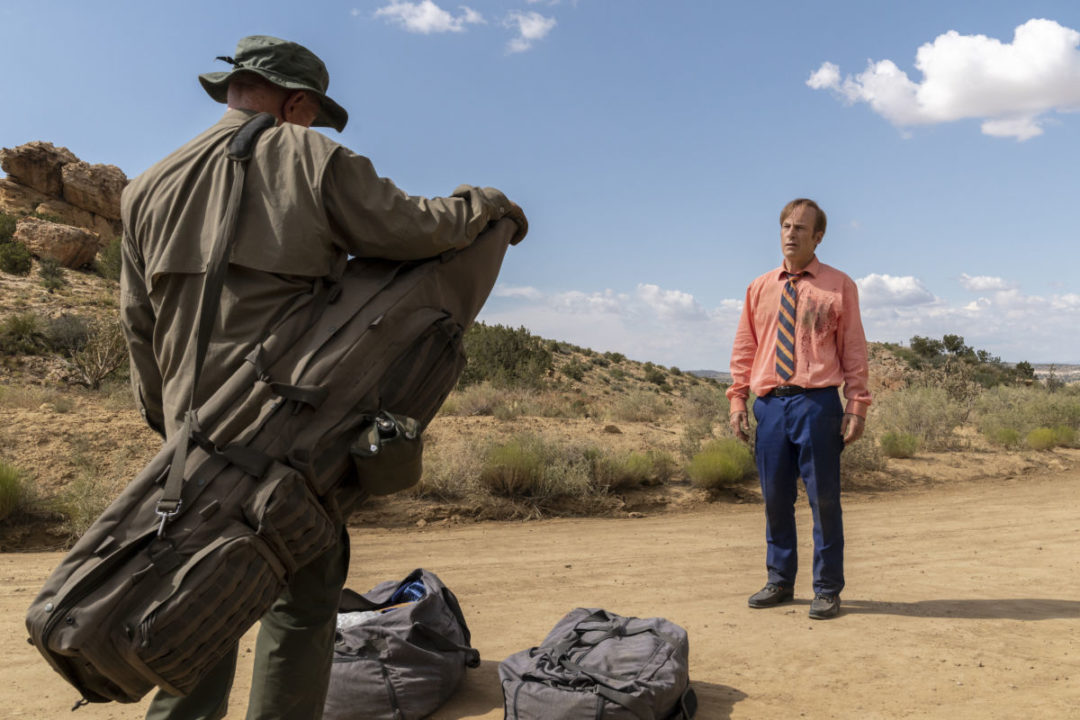 As Better Call Saul’s worn on, it’s come closer and closer to its precursor, Breaking Bad, not just in terms of the timeframe, but also in tone and content. Granted, it kicked things off with Jimmy (as he was then) getting taken out to the desert by Tuco, as Walt himself once was, but that was something of an aberration. The show opened up with those fireworks, then settled down into a class action lawsuit against a nursing home. It’s only here in the fifth season that Saul (as he is now) is getting up to dangerously wacky antics out in the desert again.

Just as much as Saul’s embrace of the Saul identity, this is borne of the show’s disparate plotlines finally being tied together properly. (Call that a mild spoiler if you must, but even if we didn’t know it would happen sooner or later, most of the audience was at least really hoping it would.) Up until now a lot of Better Call Saul has been like three shows in the same televisual universe stapled together, the leads from each occasionally cameoing in the others – can’t you just hear the sitcom audience cheer when Saul and Mike are in the room together?

This does seem like events beginning to come full circle, taking us to where we came in with Breaking Bad. In that show, everything stemmed outward from Walt, it was through him we met Saul and Mike and Gus. Better Call Saul starts from having these established figures and brings them all inward into a single coherent plot. In this way it’s very definitely a prequel, rather than simply a chronologically earlier work.

It must be said that even when it was the triple bill of The Adventures Of Saul Goodman J.D., Mike Ehrmentraut Takes Albuquerque, and El Proceso Con Nacho Varga, it was all done incredibly well. The worst you could say is that sometimes the pacing was a little slack – you simply don’t see slow burns this slow outside of anime. Beyond that, it was the same kind of punchy dialogue, enthralling montages set to music, and moments of exquisite tension that you’d have expected from the people who did Breaking Bad. In other words, exactly what you’d want from a spin-off; the same but more.

So Better Call Saul’s received the same sort of high praise its methier forebear did, and this isn’t to say it doesn’t deserve that, but it does leave the critics who’ve already given it rave reviews with nowhere to go now that the larger structural problem of its tenuously linked plot strands has been fixed. They can’t just do a Spinal Tap and give it 11 out of 10, if nothing else because it would be grossly inappropriate to do that only after Michael ‘David St. Hubbins’ McKean’s character was killed off.

Its weaving together of plot threads hasn’t always run smooth. Mike, in particular, has found his role reduced to that of a functionary rather than a main character, much as he was in his early Breaking Bad appearances, yet he’s still getting the screentime of a main character. This is at least partially because of Jonathan Banks’s performance, the same reason Mike became such a central character in the first place. But it’s still resulted in some fairly self-indulgent wheel-spinning as he moves between instances of glowering from behind Giancarlo Esposito, time which could have been spent on, well, anything that moves things forward rather than filling in details nobody cared about.

Of course, who’s also being quietly tied back into the main story is Saul’s girlfriend (though no longer really voice of conscience) Kim, who, like Nacho, never showed up in Breaking Bad and whose fate is still hanging in the balance. In the past, she’s usually seemed like a restraining voice of moderation – I say seemed because when Saul does have some zany quasi-legal scheme, she’s barely needed any prodding to jump in with him.

In a lot of ways, how Kim’s developed seems like a reaction to how Breaking Bad’s Skyler White went down. Skyler attracted far more hate than a suburban housewife really deserved in a world of criminal masterminds and mass-murderers, and part of that was flat sexism – but more broadly, it was because she was the one trying to stop Walt from breaking bad, which was what everyone had tuned in to see. She was, in that way, the central antagonist of the piece, and in a way a more robust enemy than Tuco or Gus, since she couldn’t be simply shot or blown up.

Kim, by contrast, is breaking bad right alongside Jimmy/Saul. Skyler got into the money-laundering once she had no other choice, but Kim very clearly gets the same sort of thrill from it all. And what’s remarkable here is that this is clearly something that’s developed on the hoof. In the first season, she was very lightly sketched, little more than ‘Jimmy’s pal’ – a character all but unrecognisable to those tuning in now and watching Kim prove herself just as intelligent and capable and scheming as Saul, if not more so. In particular, she’s not getting rattled by his sojourns into the Albuquerque underworld. If Skyler had stared down Uncle Jack, the fans would have loved her for it no matter how many venal corporate types she’d slept with.

(Similarly, Nacho was originally meant as the show’s ultimate villain – obvious when you look at him in season one, but equally unthinkable now, seeing the little boy lost in a game of men that he’s become.)

We already know exactly where Saul’s heading. The flash-forwards to the Cinnabon in Omaha at the start of every season, which seem to get more painful each time, give us a regular reminder of that. But as Kim’s role in the show has blossomed, it’s become just as much her story – her choice to go down the darker path because of a garbled mixture of mouldering resentments and personal pride, just like Walt and Saul before her. Dare I say, Rhea Seehorn has gone beyond ‘Jimmy’s pal’, rocketed past ‘love interest’, and landed squarely in ‘co-lead’. The next spinoff will be Better Gimme Kimmy, assuming it’s not Lalo Rotura Malo. 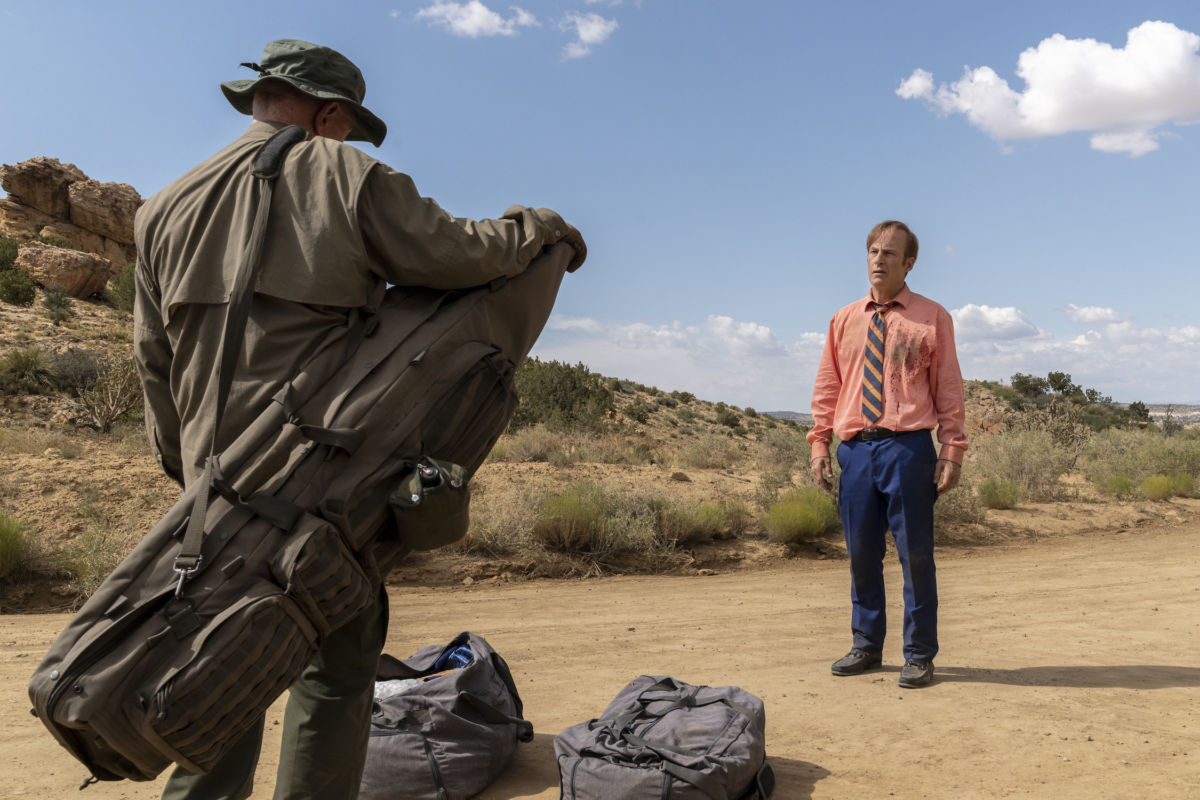 Verdict
In setting up for the final season, there’s genuine tension around a lot of characters who we already know will survive, to say nothing of the others. It’s a prequel, and we still can’t be entirely sure how we’re going to leave off on them – a rare achievement indeed.
9.5
Cultured Vultures is a pop culture website established in 2013 covering all things gaming, movies, and more. We eat your words.
All The News On The Biggest Games