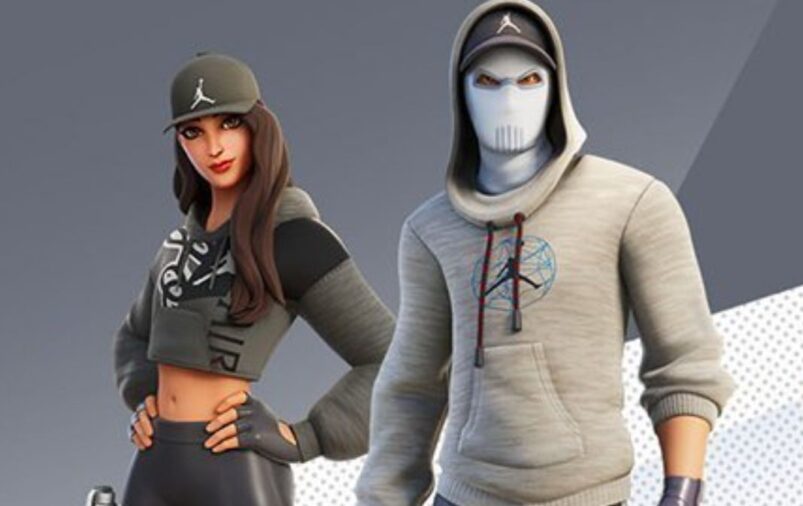 While Fortnite: Chapter 2 is very quickly winding down, it seems like Epic have time for one last collaboration. Fortnite x Jordan is a thing, and it will close out Season 8 ahead of the new season launch.

This is, of course, not the first time Fortnite and Jordan have collaborated, with a previous crossover introducing a pair of new skins and also a Creative mode. That was over two years ago though, so a new collab is somewhat belated, especially considering how Fortnite has been getting more into fashion.

Here’s everything you need to know about the Fortnite x Nike Jordan skins, including how much they will cost, what you can get, and when they will release.

These aren’t the best crossover skins we’ve seen to date. They’re very clearly reskins of older skins/concepts, with the female skin in particular feeling far too familiar as it uses Ruby as its basis. Granted, Moncler reused base models for its skins, but here they feel more like recolours and retouches than their own thing.

The Air Jordan II “Cool Grey” Back Bling and Dunk Emote, which you can check out above, will also come as part of the collaboration.

Based on the other collab with Nike, both of these skins should be available in a bundle that costs 1800 V-Bucks, though that isn’t yet final.

You will also likely be able to get a complete bundle of the skins, emote and Back Bling for 2000+ V-Bucks.

The Fortnite X Jordan skins will be in the Fortnite Item Shop from 7PM ET on December 1st, 2021. They will stay in the shop until the end of the season and may even hang around when Chapter 3 has launched.

Players will also be able to complete Trickshot Challenges within a special Creative map to unlock new styles for the skins. The Jumpman Zone is available by using the code 5519-3138-2454.

Here’s what you get for completing the challenges in The Jumpman Zone in Creative:

The Jumpman Zone and Trickshot Challengess will be available for the foreseeable future, but you will need to have bought the skins to be able to unlock the styles after December 4th.

Full details on this crossover can be found over at fn.gg/Jordan.

MORE FORTNITE: Fortnite: The End Event – Start Date, Time & What You Should Know